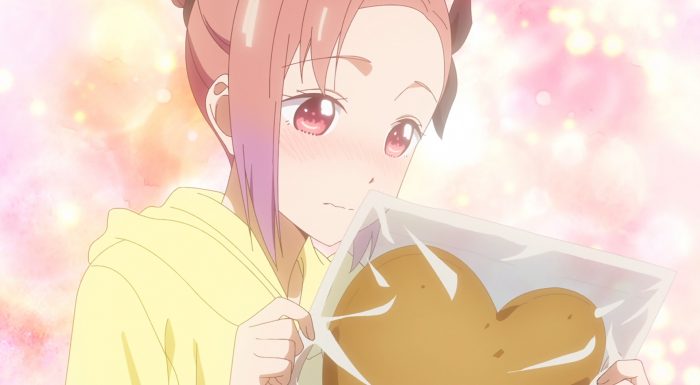 I am glad they are giving this event the amount of time that it deserves. There was definitely progress in this episode on a few fronts. But the biggest event of course is still on the horizon. They need to make this Kaguya or Shirogane confession as big as it deserves. The nice thing is that this episode allowed us to have pure fun while also advancing Ishigami’s romantic situation. That alone is worth spending a good deal of time unpacking! I’m glad even with all emotional moments coming that they are still allowing the show to be the fun entity that it has been for all this time. 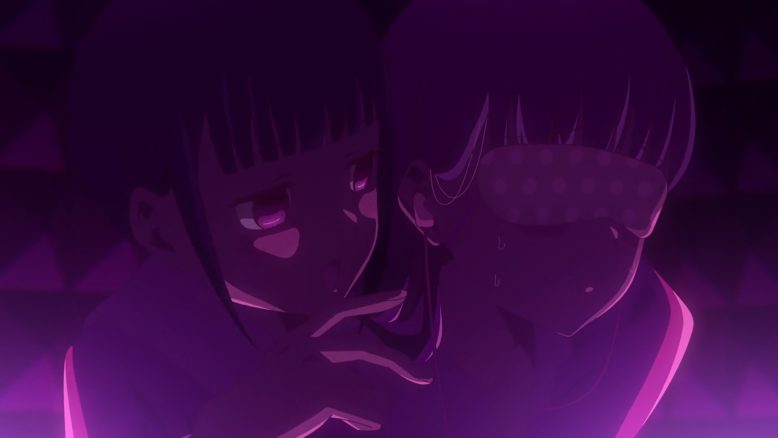 They really had fun with this

Wow, they really went all out with Iino there! She hasn’t been that central to the current event since this is more about the coming confessions. But they definitely made the most use of her that they could in this episode. This was definite fanservice, but they didn’t exactly take a lazy approach with it! They made sure to take advantage of changing the angles around, keeping the visuals entertaining, while just utterly putting Miko through the ringer here. That had to be utterly intense for her. Especially…since she had to do it several times. The last one involving her being blindfolded, tied up, and gagged! None of the people going into that haunted house can complain. Miko went through everything they did and taken to a completely different level.

I’m definitely not going to complain about this. It’s the kind of thing that definitely counts as fanservice and yet it’s hardly going to insane levels. A fair bit of ear play (which is a given considering the story), bit of squirming, and some good reactions from not only Iino but Kaguya and Maki. We got a winning combination right there. If Miko had to suffer for the sake of a great result, I suppose that’s just how it goes. Might be wrong on this one, but I do think they tried to mimic if not actually perform that 3D audio for certain parts of the episode. Both for Miko’s ‘healing music’ and certain parts of the Miko recording. A nice touch for anyone that is watching this with headphones on! 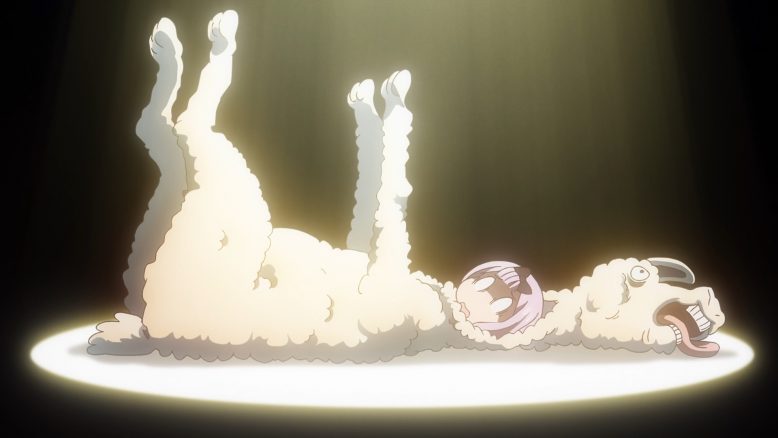 Good try, but no luck Chika

Chika can truly be savage when she is unleashed. That was clear as day as she fought a desperate battle to make her sister lose interest in Miyuki. She was giving her best effort to rip him apart in order to avoid exposing her sister to horrors beyond measure. And yet when she tried to give an example of it…well it was completely hopeless. She simply couldn’t find something that he was bad at. The only times his flaws come to light is when she least wants to see them. And she really did a great job of showing off how great Miyuki is. When he’s bad at something…he’s really bad at it. But he’s been working hard for a long time. He’s bound to have overcome a ton of weaknesses and had some natural gifts too. 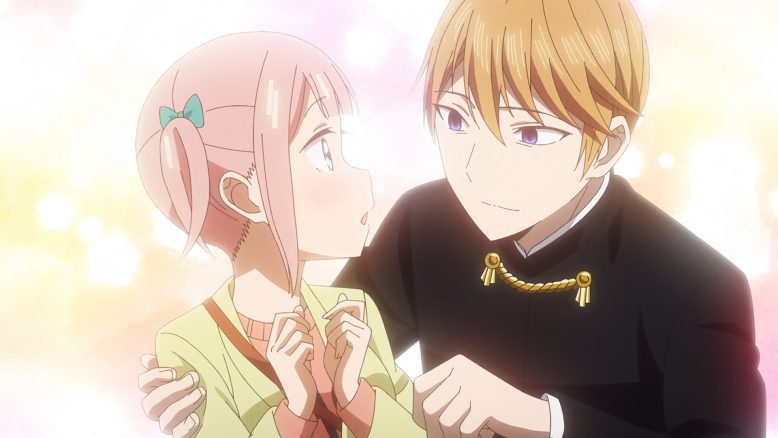 Wow she is really into him

The one terrifying thing though is Moeha herself. That girl has a truly twisted streak and I kind of fear for anyone that does decide to date her. Her thoughts go to a pretty…unusual place. She actually would enjoy seeing Kei’s reaction to being told that she’s sleeping with Miyuki. I have to wonder if a little bit of her crush is actually just wanting to get to Kei through her brother. It probably is still legitimate since she was able to pull out a number of Miyuki’s good qualities when talking to Kaguya. Unless she was just absolutely playing Kaguya, I’d trust that she does have a real crush.

I didn’t worry too much for her even with Kaguya looking ready to kill. Since we know at this point that she’ll cave pretty fast when complimented directly or hearing compliments to Miyuki. We’ve come a good way from season 1 where Kaguya could spend a long time thinking horrible thoughts about Chika. Now she thinks horrible thoughts and pretty quickly changes her tune! It was nice though that she got to talk about all of Miyuki’s great qualities with someone. With Chika…it doesn’t really happen like that. And Hayasaka probably hears enough anyways and isn’t the type to join in on that kind of chat. She has heard his original hellish rap after all. 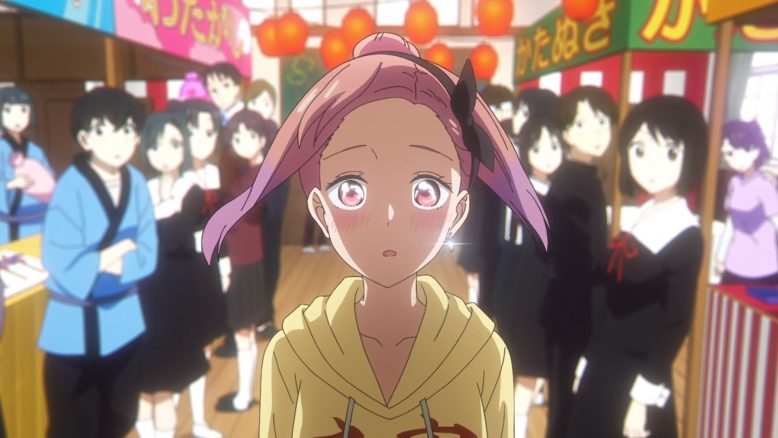 Yu’s got no clue what he’s done here

Ishigami has talents beyond measure! Honestly, I’m kind of amazed. This guy managed to confess, without realizing he did confess, and doing so to the person that he had wanted to confess to. If he simply realized what he’d done after the fact that would have been incredible. Instead, we now have a very interesting situation. From his perspective, he hasn’t confessed yet and needs to approach her with that topic. Yet from Tsubame’s perspective she’s already been confessed to. And she was clearly flustered by the confession. It might actually be a challenge for him to get her alone somewhere to try and confess to her.

The fun element is how Tsubame could respond to all this. She could straight up come back to him and accept the confession. So long as she’s straight to the point it shouldn’t be a problem. Either Ishigami would realize that he’d inadvertently confessed to her or he could take her response as a confession of her own. Now she does seem pretty shocked by all this so maybe any response she gives will be vague. And there’s the natural question of whether or not she’ll accept. Being embarrassed by a public confession doesn’t guarantee she’ll say yes. But it does seem like his odds are great! That wasn’t the reaction of someone who hates the person that was confessing to them. She might not have expected him to confess to her, but she’s taken it that way. Now we get to see her response. 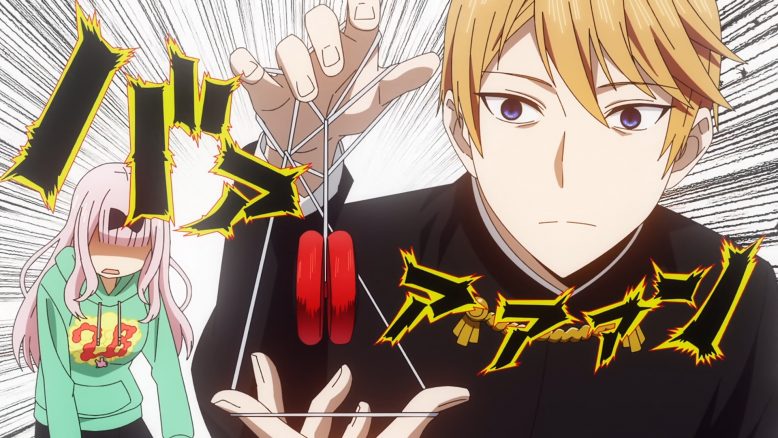 Guess we’ll see how this all turns out.

This was a pretty great episode. I enjoyed a lot of what we got here from sillier stuff to the more serious parts. It ended nicely with Chika and Shirogane having a nice chat about Ishigami. A fair assessment that his weakness is a lack of confidence and that comes from not having a core success to build confidence onto. That is a really nice breakdown of his problems and also shows why his confession might work. Because he didn’t think he was confessing, he wasn’t stumbling over himself. I’m with Chika and Shirogane in hoping for the best. While Shirogane was a bit more self-centered in his desire for Ishigami to succeed, it was nice hearing Chika say (a few) nice things about Ishigami. I can’t wait to see how all these confessions play out!