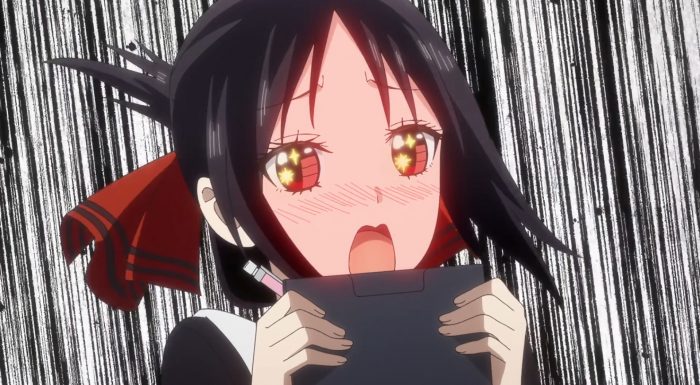 It really feels as if things are about to take off this season! Each season of this show tends to have one or two big events that shakes things up. The fireworks festival (S1), the election (S2), the sports event (S2), and now we’re set for the culture festival (S3). And it doesn’t feel as if they’ll cut us off at the knees on this one. The election clearly changed up the status quo with Miko joining the cast and Ishigami’s whole arc took off near the end of season 2. It is completely within the realm of possibility for Kaguya/Miyuki to take a huge step forward this season and maybe the same for Ishigami. There’s a great chance for this season to end on such a strong note. Of course, I don’t think it will end on the festival. But the next one or two episodes should impact the overall story significantly. 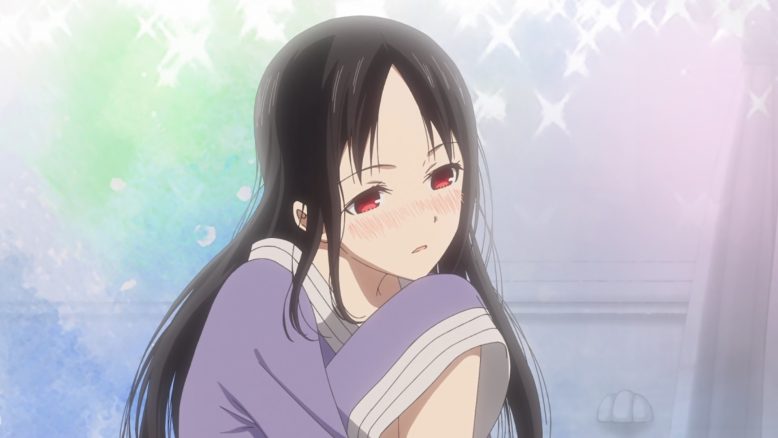 She finally admitted it!

This was a real breakthrough for Kaguya. When it comes to Miyuki the big thing for him was the issue of distance. He knows his own plans for the future and that it will likely go in a different direction from Kaguya. If he’s going to have any hope to be together with her, then he’s got to act sooner than later. This festival is a great chance to make a decision and do something. For Kaguya it is a bit more purely emotional. If this chance goes then in her mind there would still be the festival next year or any number of opportunities. So, she could push it off and wait if she really wanted to. Her decision had to be sparked by something else. It would have been disappointing if she found out what Miyuki was planning.

Instead, we got a very nice moment where Kaguya finally…FINALLY admitted it to herself! And when she did it was really rather matter of fact. There was no real need for Hayasaka to drag it out of her in this case. And this realization changes everything here. She can’t just pretend she didn’t admit this to herself. It was one thing to lie to herself and play the “guess I’ll try to make him confess” angle. Now that she can admit she’s in love to both herself and another person, it’s time to make decisions. Good on Hayasaka for pushing her forward. Kaguya can sit on this feeling or she can confess. And with how strongly she feels about this, it just doesn’t make sense to sit on it for too much longer. 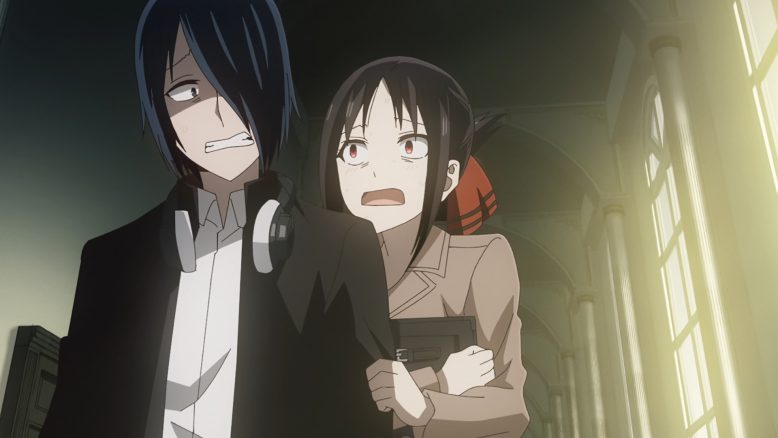 The various interactions between characters are just really nice to see. Ishigami’s story collided with Kaguya’s story in a nice way here. After all she’s done, Kaguya got paid back nicely by Ishigami. He gave her the push she needed. A simple and direct reminder that she doesn’t always have to go into this with a plot. She doesn’t need to calculate the odds based on societal factors or anything else. Kaguya likes Miyuki and therefore she should tell him that. And she does help give him a good push as well. Both of them help each other and are moving ahead in a nice way. Small things just built up over time and now they are both looking on the right track to happiness. It’s kind of nice to see. And it’s a great reminder that people can be friends without there being some shipping angle between them. 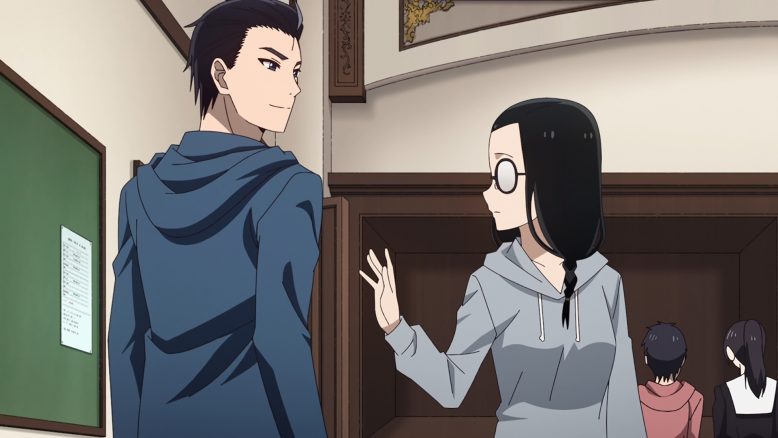 Congrats to these two.

Kaguya-sama’s side characters are such a valuable element. We have the tragic example of Maki showing what can happen when pride gets in the way and you miss out on something great. But then we also have Osaragi just starting to date the Cheer Squad’s captain. He’s immediately removed as a love interest rival for Ishigami, but it also just shows how simple things can be. Obviously with a love comedy there’s amusement in everyone making everything such a trial. But here we have two people that just started talking, got along, and figured they’d start dating to see what happens. It’s a good lesson for Kaguya, Ishigami, and even Miko. All three got a sudden shock from this, but they’ll likely all get something out of it. 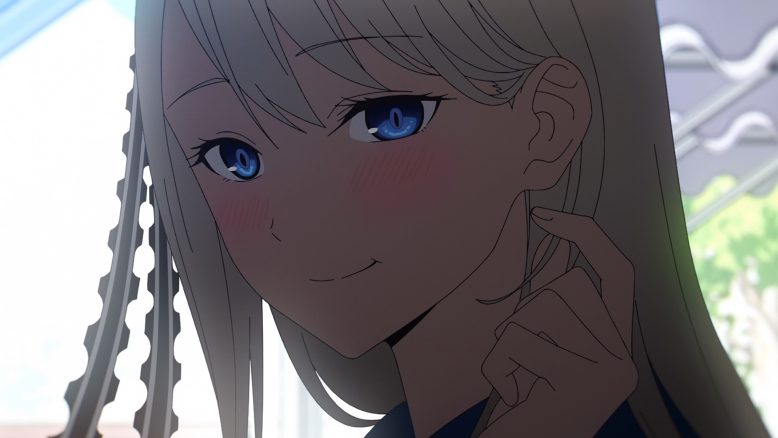 Kei is such a fun character too. She’s at an awkward time in her life for sure. It is completely fair for her to consider her brother embarrassing and being worried what he might do. Chika can absolutely relate to a lot of that. But she also loves her brother and is proud when people praise him. So, it makes sense that she’d really go after him about his choice in clothes. I like both siblings in all this. Miyuki has sacrificed as much as he can for his sister. He wants her to have the chance to dress herself up and enjoy her life. But that goes both ways. It’s cute that she did save the money he’d been giving her so that it could be used on him. It was a chance to get Miyuki a simple outfit that he can wear to events and dates. 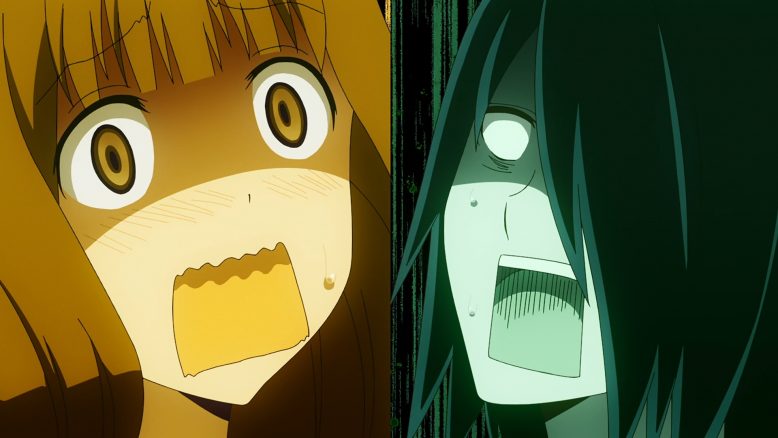 I’m curious what will happen with them

Ishigami’s situation is interesting. Things look really good with him and Tsubame. Or at least things aren’t looking bad for him and Tsubame. There is always the chance for a surprise reveal of her dating someone, but I choose to think it won’t come to that. So right now, he’s feeling pretty good and honestly seems to get along with her pretty well. It would be pretty sweet to see them end up together. And it doesn’t seem like we’ll have to wait very long to see what happens. Ishigami looks ready to ask her out and an event for that seems ready to go. We could end the next episode or two with two major ships setting sail.

The question I suppose is what the story intends to do with Miko. I’m not worrying about Chika or Ai since the show hasn’t spent much time setting up potential (and realistic) romances for either. But Miko was right there with seeing her friend get a boyfriend which had to be shocking. That she shared a similar reaction to Ishigami was just a nice little touch. It’s not as if she’s immune to romance either. But she’s got that past interaction and her ideals to deal with. The only ship that makes sense for her is with Ishigami. But it feels like that door could shut before she even gets past being on edge around him. They seem set for a potential ship with their secretly helping each other thing. But…things with Tsubame seem ready to roll here. It depends on Tsubame herself of course though. Guess we’ll see. 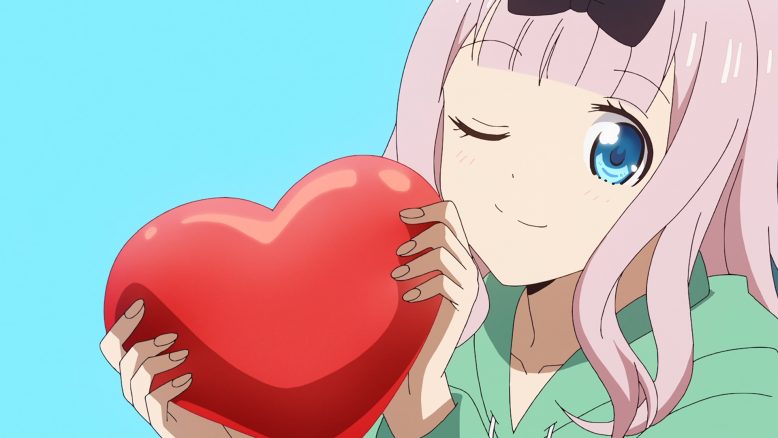 This was just cute

I’m really hyped for what is going to likely happen here. This event is packed with potential. The characters are motivated, the atmosphere is charged, and it feels like the show can’t fully back out of this. If one of Kaguya and Miyuki don’t confess here…I’m not sure I’ll handle it well. There’s just little room to move for them. Dating isn’t the end of it. And there’s only so much more the story can do without moving into that dating phase. So, let’s see what happens. With Ishigami, I could see things going a few different ways. But I do expect him to confess and that we’ll see how Tsubame feels. Maybe Miko will be part of this, but maybe not. But there’s no question that I’m excited to see what happens!