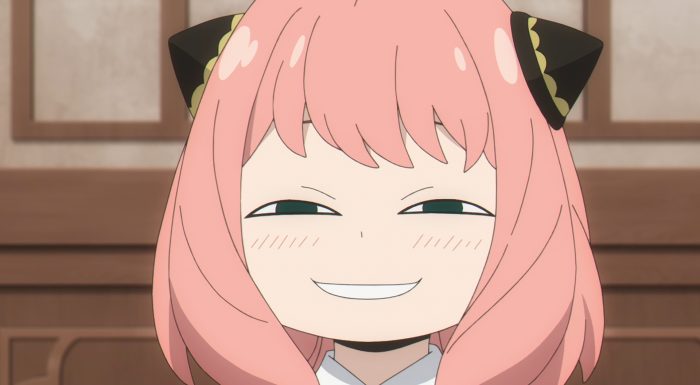 Anya was just a star yet again this week. Yor was also a lot of fun to watch, but they definitely let Anya take centre stage and the results spoke for themselves. Whether she was showing off her school uniform to everyone possible or punching that kid into the trash cans, she was making an impact. And completely fair for that to be the case. She has had to work hard to get to this point and is going to need to keep working hard going forward. It’s nice to give her a moment of joy before the real work begins. Although I suppose in that sense, she might have had a bit of a stumble in terms of operation friendship! I appreciate her efforts though. Anya may have picked up a demerit along the way, but she did so in a very elegant manner. 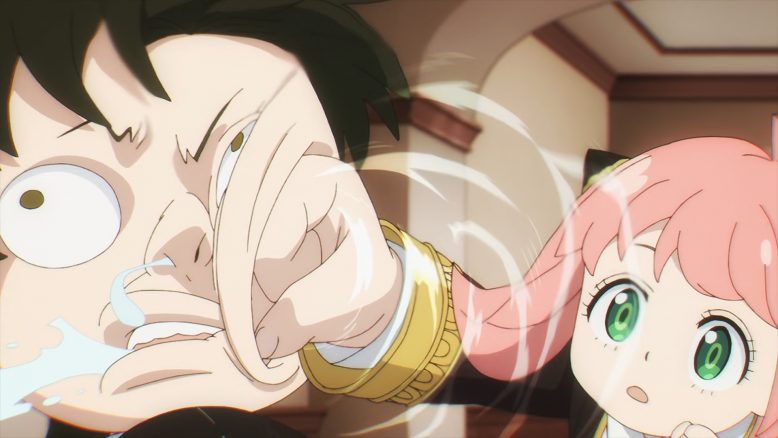 That smirk! There’s no way to ignore how perfect that expression is. Anya is both absolutely terrible at and absolutely great at delivering a fake smile. Her legitimate smile is sweet and there’s no question she can bring it. But when it comes to trying to be mature, she just can’t help but turn her face into…that. I hope she can keep on doing it though. Because darn it that smirk helped her win a new friend in Becky and a kind of rival in Damian. It could be an issue if she can’t win over Damian over time. At the very least Anya isn’t having any trouble being memorable. Even with her ‘family’ not having money or fame behind them, she can hold her own with some of the biggest names in that school already.

Anya is also pretty dedicated when it comes to training. After a short amount of time with Yor she was already ready to knock Damian onto his rear end. It weirdly feels like she is the daughter of an assassin when she looks away to check for the teacher’s gaze and then instantly turns into the punch. Anya never gave that kid time to even think twice about what was about to happen. That was just a perfect punch right there. 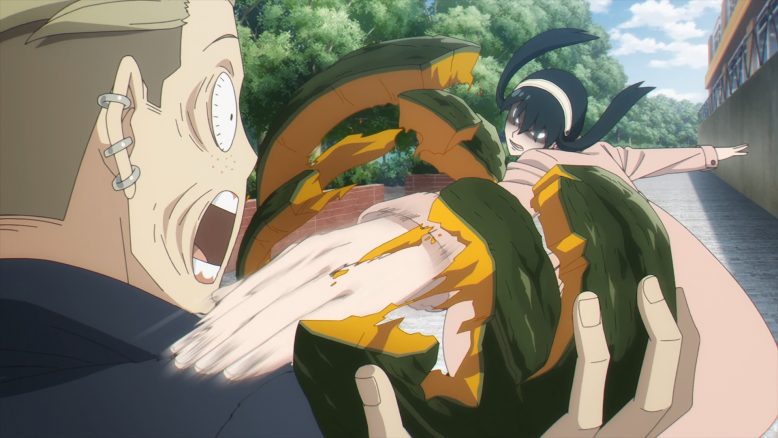 I love this girl!

Yor is already a pretty awesome mother. She may feel the uncomfortable nature of not being Anya’s biological mother and going into this family with an intention to protect herself from suspicion. But you can see it in her expression and her behaviour. Yor absolutely adores Anya and is more than happy to praise her. We got to see that with being so hyped about Anya’s outfit that even the tailor was getting sick of it XD. I tend to agree with the interview that it might be a real challenge for Yor to be strict with Anya since she is far more inclined to praise her every chance she gets. That might set up a good cop and bad cop situation with her and Loid. He can be a bit harder on Anya while Yor can be all about cheering her on.

But she can be an absolute terror when you get on her bad side. Those punks have learned a lesson today. If you mess with Anya then her parents are liable to end your existence! Honestly those guys are lucky that Yor is professional. She knows that killing people in public (and in front of her daughter) is tactless. So she just gave them the scare of a lifetime and made clear what would happen if they didn’t back off. It may have cost some groceries but the message was well received. And I do like seeing how Anya cheered up Yor after. A potential issue for Yor may be her immense power and being afraid of scaring Anya that way. Not that she hasn’t…but Anya loves how awesome her parents are. That isn’t a lie. 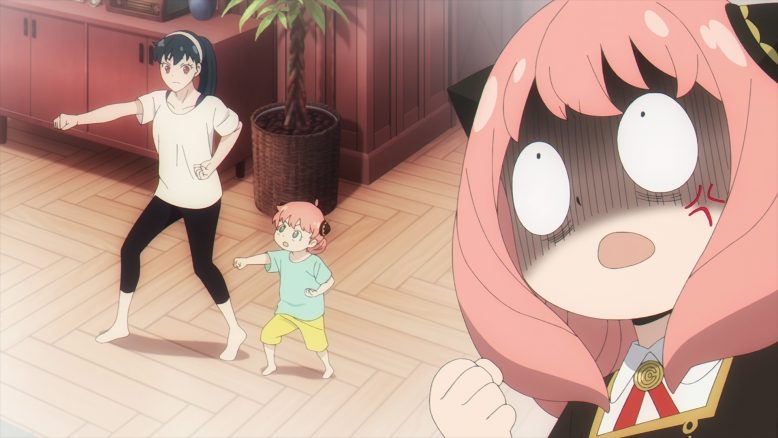 This is his family!

I can empathize with Loid here. Everyone believes in the OP power of Agent Twilight. But what on Earth can he do but worry when looking at the situation? Anya is trying her best but she’s not some hidden genius. Or at least because she is likely a year or two younger than she claims, she is behind everyone else. It’s a lot of work for her to just keep up, much less rise to the top in terms of academics. Loid can’t just give up though. While this is a comedy, the stakes are very much real for the characters. Loid doesn’t want a war to happen and so he’s got to find a way to figure it out.

I’m kind of glad he took a bit of a step back this week though. Obviously, Loid is a major character, but Anya and Yor deserve chances to shine. And really, they needed time to let the new supporting cast make their appearances. Now we have a pretty good idea of what kind of characters Becky and Damian are going to be. And we also have a good look at how being a telepath can be both a gift and a curse for Anya. Knowing what everyone is thinking makes it hard for her to avoid reacting to things. And characters will be confused by her reactions since there’s no reason to think she knows their thoughts. 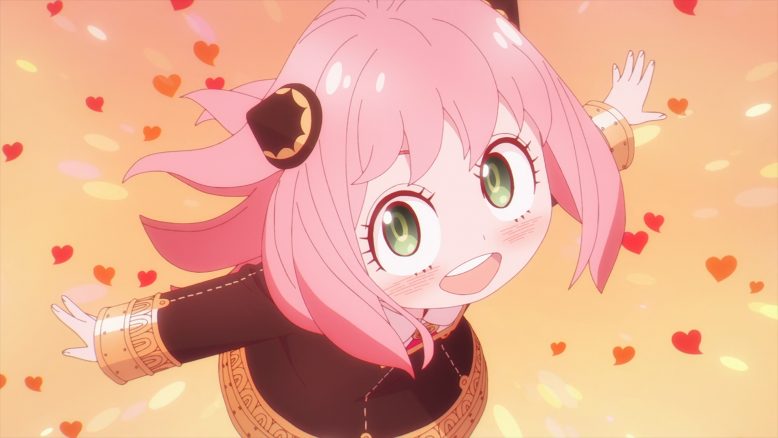 Spy x Family just makes me smile just about every week. I did have pros and cons when it came to the previous episode. But overall, I treated it as a positive. This week was just a more straight forward fun episode. Anya delivered a great and memorable episode. That smirk of hers will keep the Anya memes going for a good while. Yet I’m still going to smile as much at seeing how utterly terrifying Yor can get. This mother is as frightening as any when you touch her kid. I hope to see people continuing to push their luck. I’m sure next week will be another one where my fingers will quickly type away. Whatever the Forger family gets up to next, I’ll be there to talk about it.