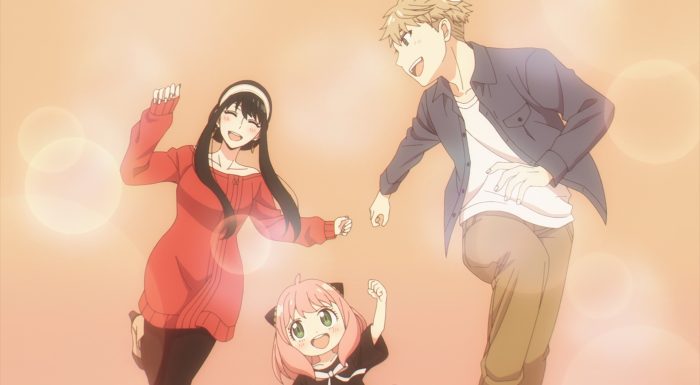 Seeing this family coming together is becoming a weekly treat. We are obviously still in the early going, but even at this stage you can feel how much these characters care. Even with Yor and Loid having a need to protect their secret lives…they struggle to hold back when Anya is verbally attacked. They are good people so of course on some level they’d be upset. But this whole family cares about each other. It’s just that Anya is the most invested and the one most willing to express how much she loves the family she’s found. The other two aren’t quite ready to admit that they enjoy having it. 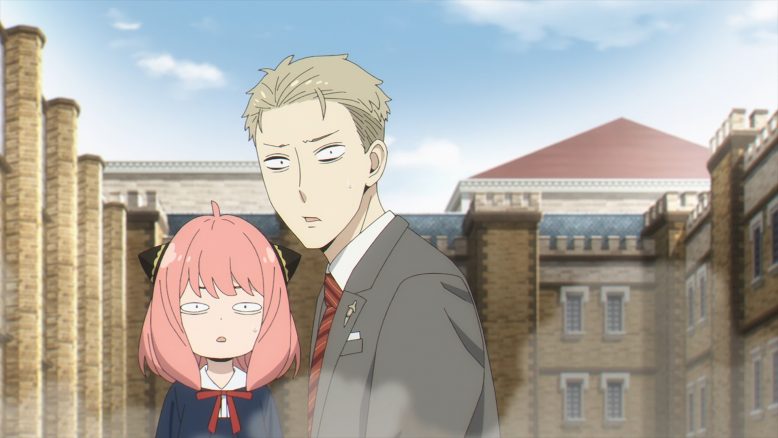 Anya isn’t the only one growing attached of course. Loid especially has shown a side of himself that even he would be surprised at. It hasn’t been very long since they’ve met, but he was legitimately upset at Yor being insulted by that scumbag instructor. The proposal with the grenade had pretty comical elements to it. But I do honestly think he’s rarely had more fun than running around with Yor. She is capable, badass, and just a really sweet person. She brings a dynamic need to act when seeing something wrong that he has been trained to resist. The mission is too important most times to let himself get swept up in his emotions. Yor just allows him to act more instinctively. While that might be risky in his job, it could be huge for his emotional wellbeing.

But Anya herself has of course had a huge impact on his mindset. Even he doesn’t want this mission to fail in part because the excuse of this family being together would dissolve. I’m sure part of him would be relieved to not put Anya through more difficulties like this interview for a mission that she shouldn’t have to be responsible for. But either way he really cares about her. It took absolutely all of his training to avoid killing that scumbag that was harassing Anya and Yor. And even then, he could only contain himself to the degree of smashing the table between them! Even if Loid can’t admit it to himself yet, there’s no doubt how he feels. 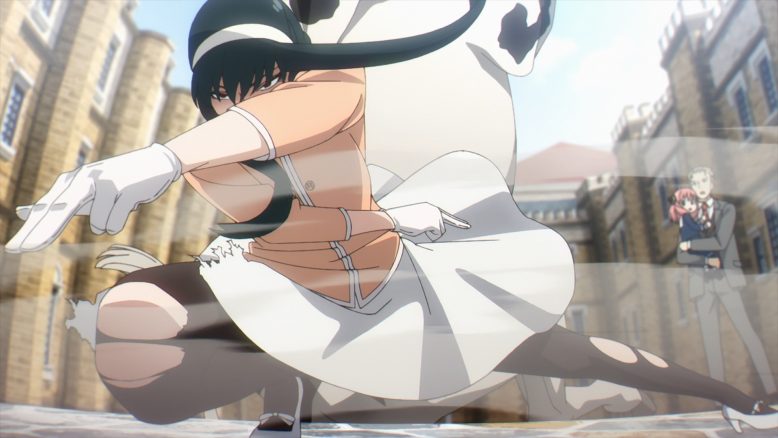 Yor still got some great moments to shine and show off her superhuman abilities XD. I’ve never demanded seeing an assassin coldly stop stampeding animals…but I’m so glad to have seen it! It is a good thing she stepped up too. It would have been hard to advance the mission if Loid had to pull a gun and shoot. While Yor was providing a shocking example of her abilities, it was easier to move on from. And it also allowed Anya to have that sweet moment of comforting the poor thing after Yor scared it and the other animals half to death. They knew who was the alpha predator in that location!

She got sweet moments too. I’m sure she did feel down about not doing any cooking at home. Plus, even if this is a fake family, she still is going into it believing that Loid and Anya are related by blood. So, I can imagine on some level she is still taking on that struggle as the step-mother to truly bond with Anya. Obviously, Anya already loves how cool and scary her mother can be. But there are bound to be insecurities. She was naturally less upset about being insulted herself than she was when Anya was forced into an utterly cruel line of questioning. I was ready for her to literally rip that guy’s throat out with her bare hands. 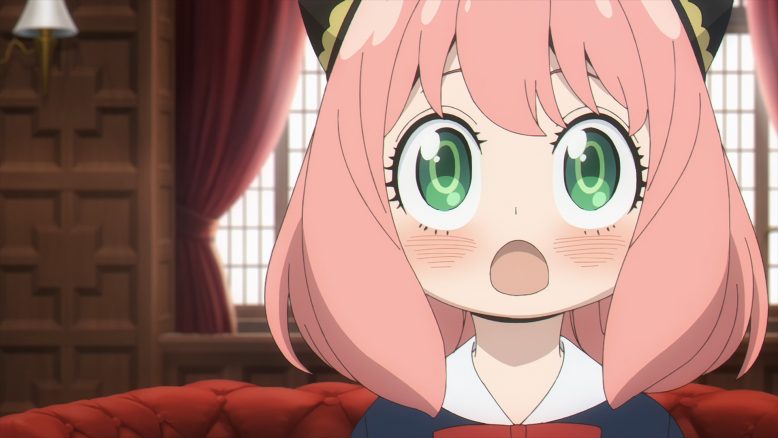 Her face just lit up when praising her parents

Poor Anya though. Even we don’t know what her full backstory is. All we’ve seen is that she was taken into a facility and forced to develop her powers. There’s no telling what happened to her family or what life was like before that facility. But clearly from her reaction…it wasn’t good. Obviously, she is loving the fun of having a spy and assassin for parents. But that doesn’t mean she’s over what’s happened in her past and whatever trauma she’s endured. Even in a normal situation asking a child if they love their dead mother more than their current mother is unbelievable. Unless that kid hated one or both of their mothers that would bring someone to the breaking point. Thank goodness she has two parents that really are ready to take on the world for her.

And it’s a shame since she really did give her all in this episode. The hilarity outside was great and showed her empathy even to animals. But her efforts in the interview room were honorable. She knew that things were going to be tough and that she had to step up. And it’s very likely that Anya is a year or two younger than she admits. It is taking a lot of effort for her to hold up in a tense interview, state the facts, and not to slip up. Thankfully even her sillier responses were given with such sincerity that they were taken seriously. This girl more than any of the characters wants this family to survive. She is finally happy and will take on things she’s not great at in order to keep it. 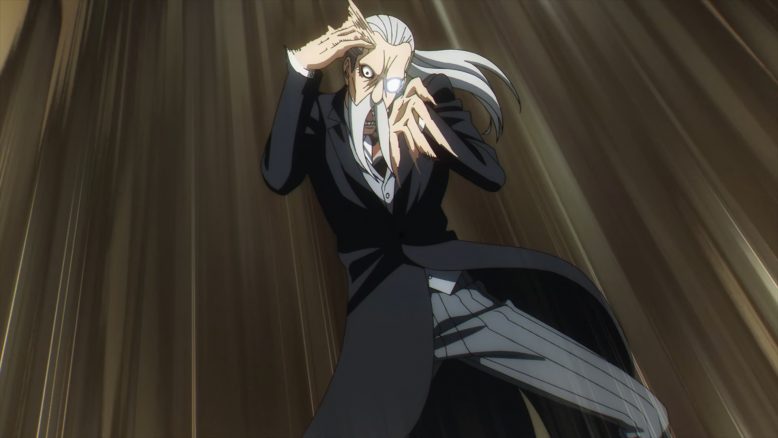 The man is true to himself

What can I say about Mr. Elegant himself? I know he’s got a proper name, but his reactions are too good to simply call him Henry Henderson. They absolutely made the most of his reactions when watching the Forger family. He locked in on them pretty fast and really developed this rivalry with Loid. There was a desire to test the family, but not with maliciousness. And he really does care about Eden Academy and has high standards. I’m glad that he was the one that punched Swan. That guy was insulting the academy and deserved even more than he got. But at least being punched by a relatively normal person didn’t kill him and create even more havoc. It was a risky thing to do since politics are clearly part of his job. Punching the son of the former headmaster could lead to consequences. 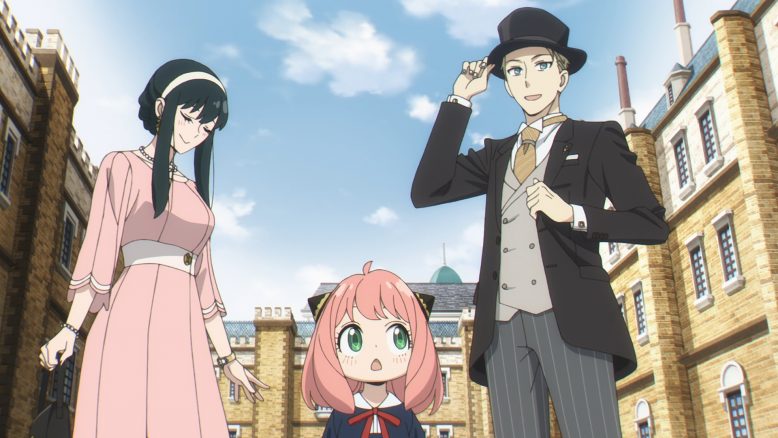 Seriously, how many outfits did they have?

This show continues to just balance fun, drama, and good feelings. There is just an appeal to watching this family coming together. They all got into this with secondary objectives and difficult pasts. But they don’t want it to fail or to end. Anya will obviously have to get into the school somehow. But how she’ll get in remains to be seen. That they end this episode without resolution just makes it more emotional. It has to be ok, but the characters can’t be sure of it. But all they can do is stick together and wait for the news. Even with bad omens like the family photo dropping to the ground…I’m really enjoying this show and each week is a fresh treat. It’s good to know that even when we finish this season that we won’t have to wait long for the next part.