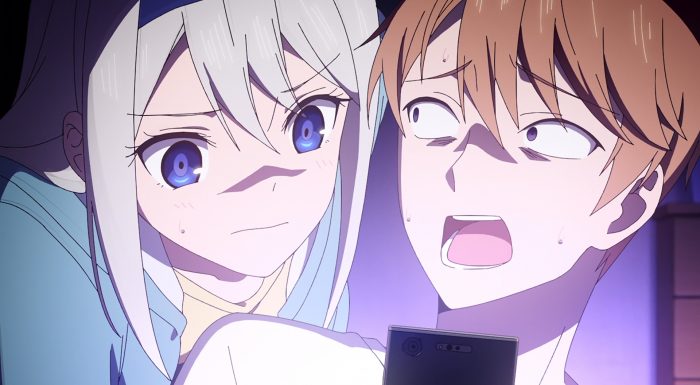 Before starting up this episode I was definitely needing to have my mood lifted and this episode absolutely made that happen. This was just a really fun episode that focused nicely on Ishigami and Kaguya. These two are some of the best parts of the show. I’m honestly loving the continuation of Ishigami’s character arc. This guy went from being a ghost in the first few episodes to one of the most compelling characters in the whole thing. But it isn’t like he was the only character getting to shine. I had a blast seeing Hayasaka continue expanding her list of disguises. I have to wonder if that girl gets tired of having to play several different roles just because she works for Kaguya? On some level I’m sure she is having fun though. 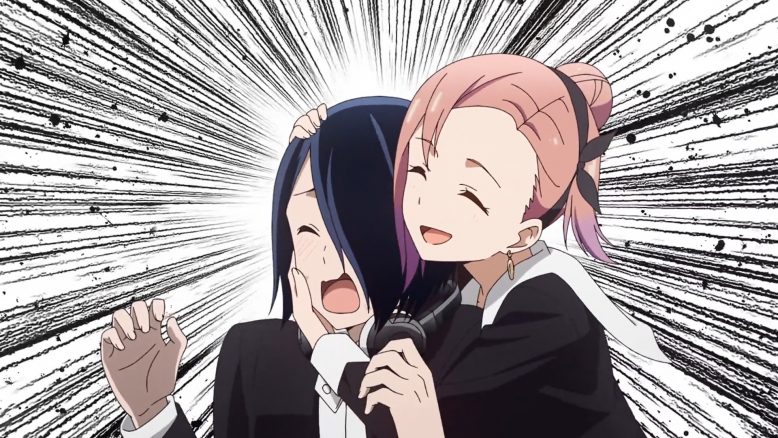 I’m not surprised he fell for her

I honestly am happy to see how Kaguya and Ishigami have forged such a good senpai and kouhai relationship. In the past he was so terrified of her that he wanted to quit the Student Council to get away. Now she can get away with teasing him without it turning into him running for his life. Instead, she’s giving him good advice (that she herself should take) and is helping push him in a positive direction. Even when he fell short of his main goal, she still tried to give Ishigami the push he needed. Of course, she herself is full of frustrations over constantly losing to Shirogane. But she does still channel that towards fighting as hard as she can the next time too.

Even when she was calling his ‘Ultra Romantic Confession’ creepy, that didn’t stop Kaguya from pushing him to confess to Tsubame. If she’s someone he really likes then it’s important to face that and try. Of course, trying and failing isn’t really good with how Ishigami’s confidence is in the dirt. So that’s why she didn’t tell him to try his best and confess. But she told him to go and get the girl. As much as he likes this girl (and for good reason) it’s equally important that he actually succeeds. Obviously, the feelings of Tsubame herself matters. But so long as things line up nicely then that would be win/win. Ishigami is a good guy so there’s plenty of reason for her to actually fall for him. But I also agree with the concept that he needs to work to improve himself. Show her what he can become. 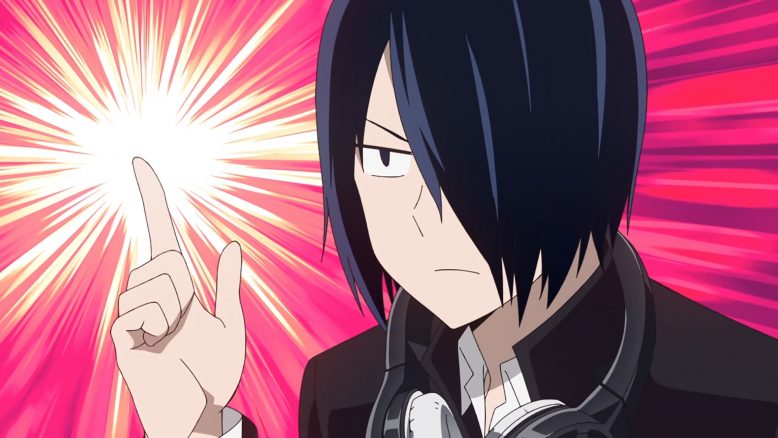 He’s a man with a plan

On a side note, I can’t be the only person connecting Ishigami’s confession strategy to the story Iino has been repeatedly telling across two seasons, right? It doesn’t seem too far of a stretch to think that he absolutely was the one who left her a letter helping to give her moral support when she was suffering. While these two are constantly bickering in person, they do often back each other up without the other realizing. So, it seems pretty likely, even though I don’t think the show has confirmed that. Just a personal theory. Since this part of the story is beyond what I actually read when originally following the manga. So, I’m working nicely in the dark right now. 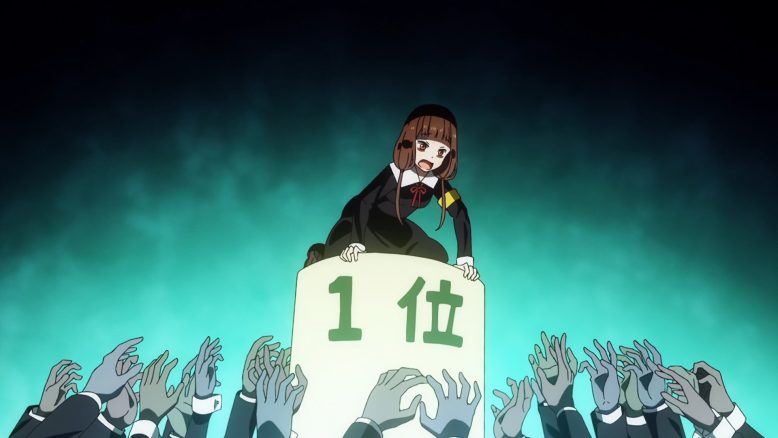 I love how Iino’s battle is like a horror movie

Honestly adding Iino to the cast made the whole “they are lying” part all the more fun. Just one more person to be shown as a total liar when it comes to tests. Even someone like Iino isn’t going to be fully honest. Of course, there’s no open harm in pretending that she isn’t eager to use every spare moment to study. This isn’t like the last time when we saw Shirogane and Kaguya openly trying to sabotage Chika…just in case her scores might get close to theirs. Here all the characters are just boldly lying for their own sake.

I do like that Iino and Shirogane are sharing the same kind of burden. Both are the King trying to protect their crown. Now Shirogane is doing it in part because he feels it is necessary. If he’s not superior to Kaguya in some way then he can’t feel like he’s going into a relationship with her as an equal. Of course, he should worry more about actually getting into that relationship…but that’s another topic. At least this time the characters weren’t really trying to sabotage anyone and even Chika ended up lying during this conversation. In her case though, it was just lying about being in trouble when it comes to money. 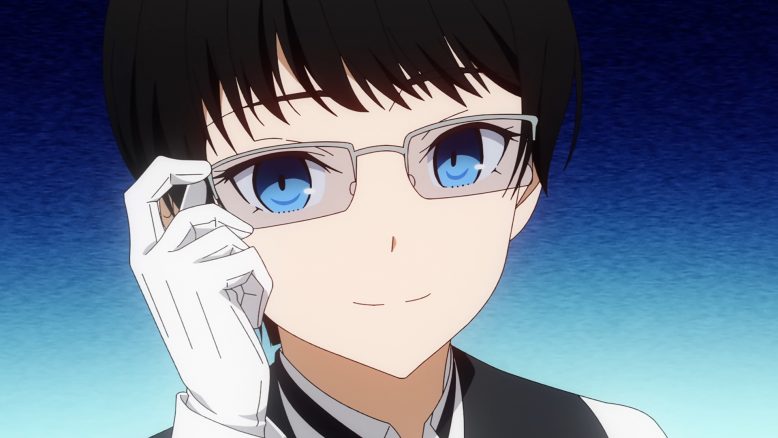 The sleepover was cute and allowed for some good moments. Tired or sick Kaguya is the version most likely to push things forward because normally Kaguya will overthink things. But it’s for the best that she didn’t say too much. Regular Kaguya likely wouldn’t remember that she said anything while tired. And she’d just be left embarrassed if Kei, Miyuki, Chika, and Ai, were all there saying that she confessed.

So, the better move was just having a lot of fun around Hayasaka’s disguises and lies. I presume that she has fun playing different roles and wearing disguises. But I still wonder if it isn’t exhausting keeping all these different stories going at the same time? Shirogane may have made a point that she is best when just being herself. She may feel like no one will love a person that isn’t acting to some degree, but I think she takes it a bit too far in her own case. Still in this case it did allow Chika to think that Shirogane might be involved with another guy and Kei thinking that he’s involved with Hayasaka (out of her male disguise). Poor guy has nothing but chaos around him. And wow, Chika had quite the nosebleed. 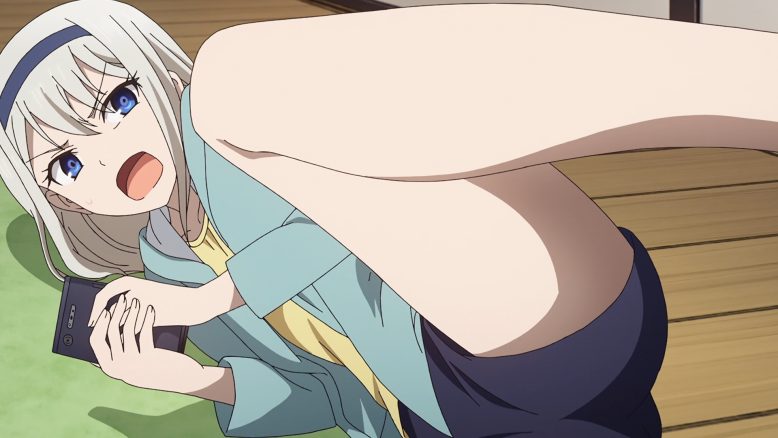 I want to give a small nod to the hilarity that was Miyuki and Kei interacting during that call. It felt right by sibling standards. Be it sabotaging her brother by saying that he’s totally in love, cleaning up his room because it embarrasses her to be seen like that, and her taking the phone…while kicking at him while she’s on the ground to maintain control of it. While not all of that perfectly matches with personal experience…the childish kicking is definitely something that happened between myself and my siblings at various times. There’s no room for pride when it comes to winning a battle with your sibling! 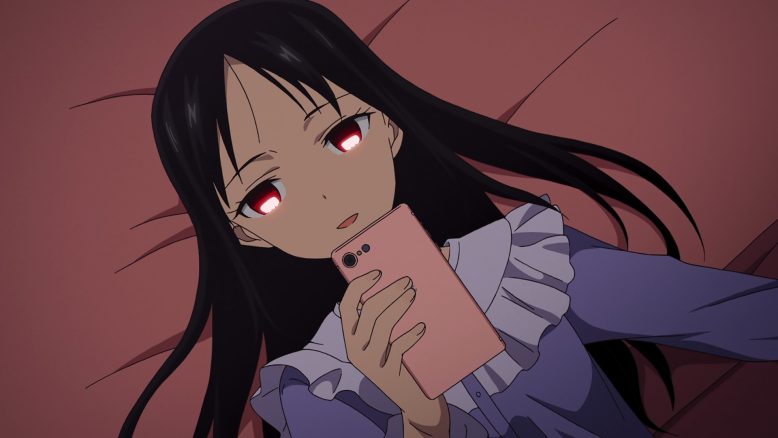 This show just doesn’t let me down. I needed this episode to just be a lot of fun and it was that. The episode absolutely had drama too. Ishigami falling short of his goal was hard to see. But in the end it was mostly a fun episode. Ishigami looks ready to really make his move and I wish him the best there. Even if I like Iino, I wouldn’t say that he has to end up with her. Whatever happens going forward, I’m probably going to enjoy it. Hopefully we keep getting more good moments between Kaguya and Ishigami. It’s kind of nice seeing that relationship blossom without any real romantic interest between the two.