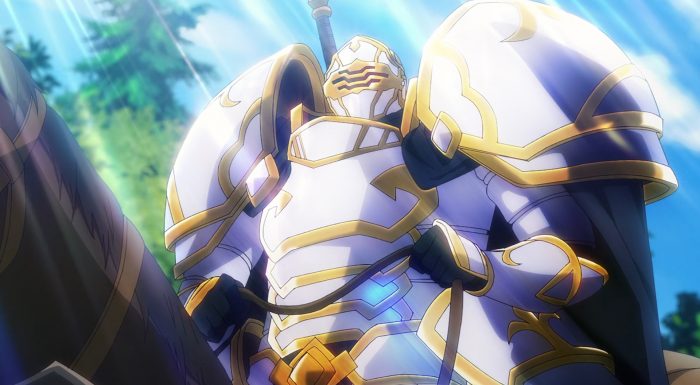 This is another show that I’ve been looking forward to. I did read some of the manga and mostly enjoyed what it brought. And at least I can say that the anime has managed to translate that just fine to animation. Arc is a pretty enjoyable lead as far as I’m concerned. The guy takes his situation pretty darn well, has a solid moral compass, while also being fairly practical. Why not take all the goods of the bandits he just wiped from existence? They definitely aren’t using it! Plus, they definitely stole it themselves so they really wouldn’t have any reasons to complain about it. You know…if they were still alive. 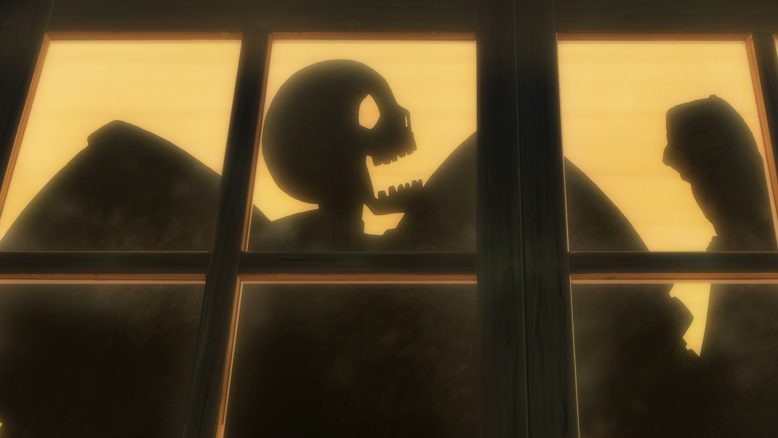 I kind of get why he’s in a good mood

Arc’s situation is interesting for me. He’s definitely not 100% normal. Or at least he’s not in a fully normal state. Even ignoring the obvious thing of being in a skeletal body. Even he thinks there is something off about his emotional reactions. Maybe he’s right that killing guys trying to rape someone wouldn’t normally bother him. That is a horrible thing to do after all. But I think it is more likely that being in that body is muting his inhibitions or guilt to some degree. Whether it is being in that world at all or just being in that body. But the good thing is that he still has his morals. He’s not confused about whether he should help those people. And he wasn’t doing it for the money. Although that was a fantastic boon for a guy who showed up in that world without any cash.

The comparison to Overlord’s Ains is obvious so there’s no point disregarding it. What makes me like Arc more at this stage is that he isn’t visibly restrained from having emotional reactions. Ains is a good look at how evil someone can get when they don’t have their usual emotions to guide them. Arc may not have felt guilt at killing those guys, but he at least realized that there was reason to feel bad. And he still did the right thing. All that power is being used towards something positive. Yes, he’s trying to get himself established and getting a handle on his situation. But he’s not ignoring terrible things happening right in front of him, much less actually doing terrible things just because he can. How his character develops from here will of course make all the difference. 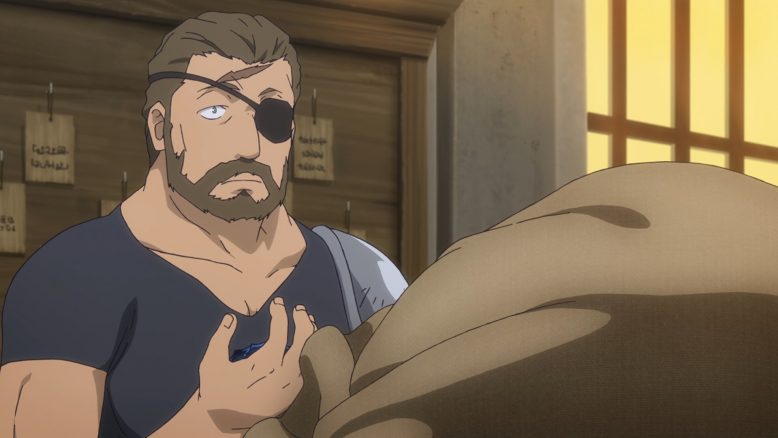 Side characters may have to give him a backstory

It does feel like one of those isekai stories where the how or why won’t really be touched upon. We know that Arc was dropped in there in his game’s avatar body…but that’s about it. It doesn’t even seem like he’s been dropped into something like the game world he was playing in. He’s so out there that I can’t even imagine how he’d try to figure out getting home. He’s not even really aware how he got there in the first place.

I get that people can get tired of the isekai genre when it doesn’t always seem to care about establishing the how and why of the setting. In some ways the only benefit of the isekai genre here is that it frees Arc from having to establish much of a character history. His story will be that he’s traveling while looking to remove his curse. But that could have just been a real backstory too XD. 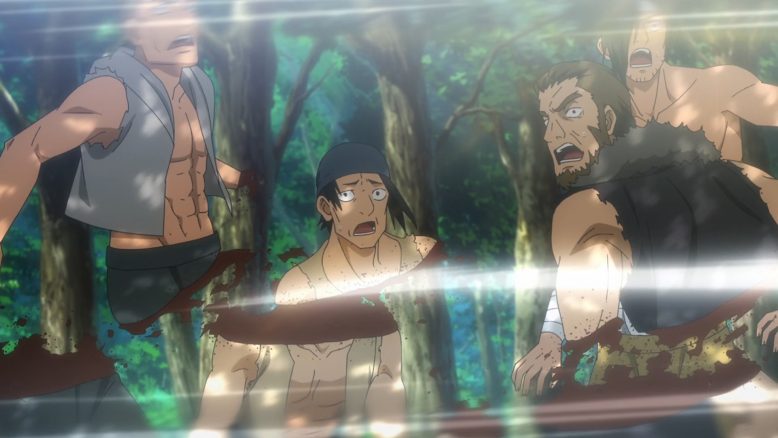 I have to admit they deserved this

There was definitely a feeling of satisfaction in having Arc just utterly demolish those guys. Sure, it’s a low hanging fruit kind of situation. I mean he’s killing guys trying to rape people. You can’t make it much easier to enjoy than that. Still, I’ll appreciate it. They really let themselves go all out with those moments. He didn’t just take those guys out or bruise them up. They were cut in half! Those guys were probably dead so fast that they couldn’t quite process what even happened to them. Even the guys that ran away didn’t get off much easier. Although it was less brutal looking. Not like they are only saving the shocking overkill for bandits anyways. The same went for the orc that Arc fought a bit earlier. Considering how powerful he is…it makes sense that he can’t avoid going overboard. 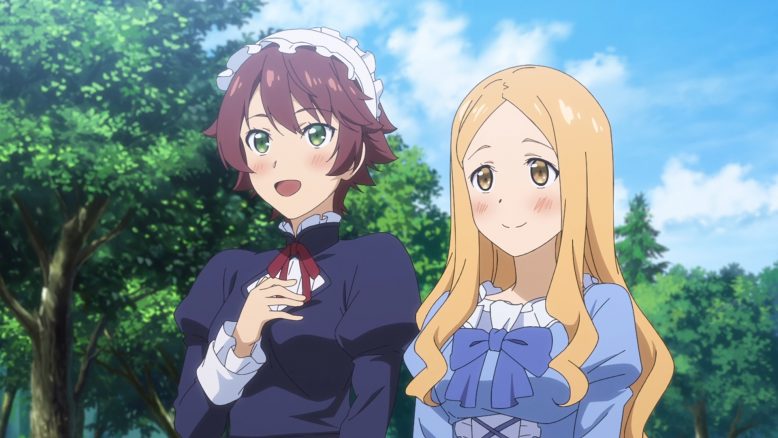 Glad these two are alright

Overall, I enjoyed the episode. It wasn’t necessarily one of the top first episodes of the season. But it was still fun seeing Arc in motion and I look forward to seeing the main cast grow in the coming episodes. This episode got him set up and feeling a bit stable after getting randomly dropped into this situation. But at least now Arc should be able to look around a little and figure out what to do with himself. I’d love to have him a bit preoccupied with figuring out how to get home. But considering how he has absolutely nothing to work from, it’s hard for me to demand he make that a priority. Hopefully the show remains a fun watch even if I don’t pick it up for the season.

in Skeleton Knight in Another World