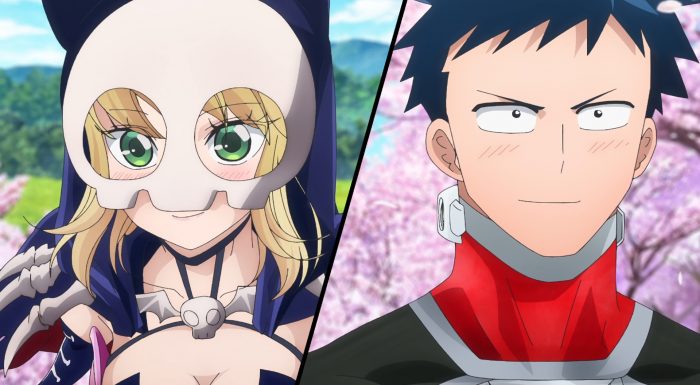 This season is proving to be extremely fun. While I hoped this show would be pretty enjoyable it definitely surpassed my expectations in how dedicated it was to making this concept shine. They didn’t hold back on the super sentai part of the show or the budding romance between the main characters. If nothing else Fudo and Desumi are an extremely cute couple. Even without all the extra stuff it would probably be plenty of fun just watching them being utterly sweet. But thankfully they did throw something more into this show so we can have a bit more to work with. If they handle the super hero side of the show reasonably well then it could allow the story to be all the more solid. 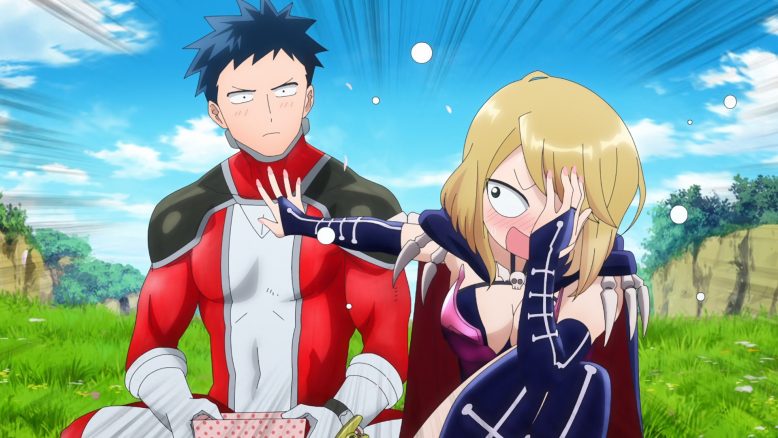 These two are going to be fun

The Romeo and Juliet concept isn’t anything new. But in some ways, I like how quickly things came together for these two. The draw for Romeo and Juliet is the conflict with the world around them. And an organization that wants to take over the world and one that wants to save it are pretty strongly opposed to each other. It’s at least as easy to believe as a couple of noble families really not liking each other. It does make me want to get into Desumi’s head a bit and see her side of things. It’s fairly easy to relate to people wanting to stop organizations from taking over the world. But it’s more interesting to figure out why a seemingly nice girl ended up joining an organization with that goal. As much as anyone finding out is trouble, the biggest hurdle could simply be that gap of goals. 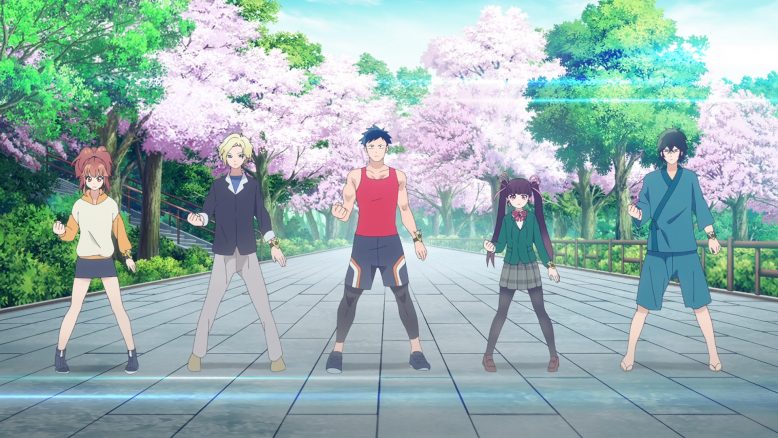 I haven’t watched much live-action super sentai series in a long time. Though I still have good nostalgia for watching the original Power Rangers. So, I can absolutely appreciate how they are handling that side of it. Having the main characters show up not transformed, getting their poses in, and then transforming is just appropriate. Even the civilians aren’t taking any of this all that seriously. The villains are just a show to be enjoyed until the heroes show up to defeat them. No one has to get too serious unless the villains actually manage to win. But even when Desumi got a good hit on Red no one was that shaken up. She just left and…that was it XD. 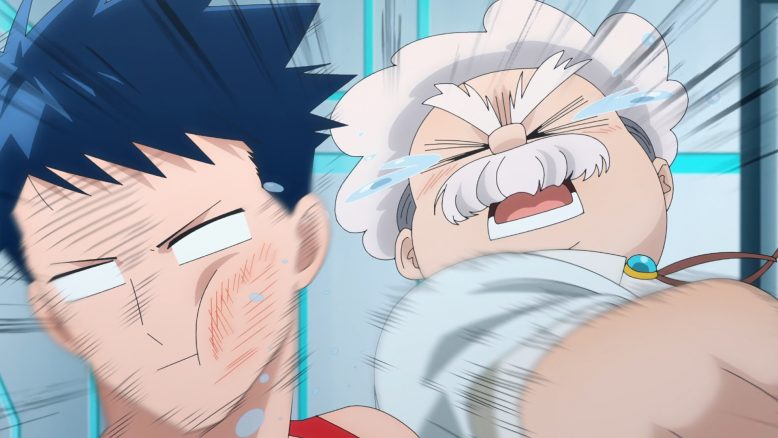 Fudo being such a straight forward guy just made all of this work. He is absolutely a good Red Ranger. He was left feeling a bit trapped (and locked into training) until his boss gave him a good push. Sure, he didn’t know who Fudo fallen for but it was thanks to him that things got moving. And it was pretty perfect that Fudo just instantly went out to meet Desumi and made his confession. No antics, no big speech to start it up, just right into the confession after gathering his courage. Good on him XD. It still required a bit of a fight to get her to believe him, but it worked out nicely. Was definitely a helpful move for him having been following her on social media for a while now!

Desumi is a really sweet girl no question. Her reactions to Red trying to progress their relationship is fun to watch. But I think the key is that she can both match up to him in a fight and does manage to surprise him as well. Didn’t have to make him some cookies or joke about him not knowing about her cat. But it helped make it not just Fudo’s story, but their story. 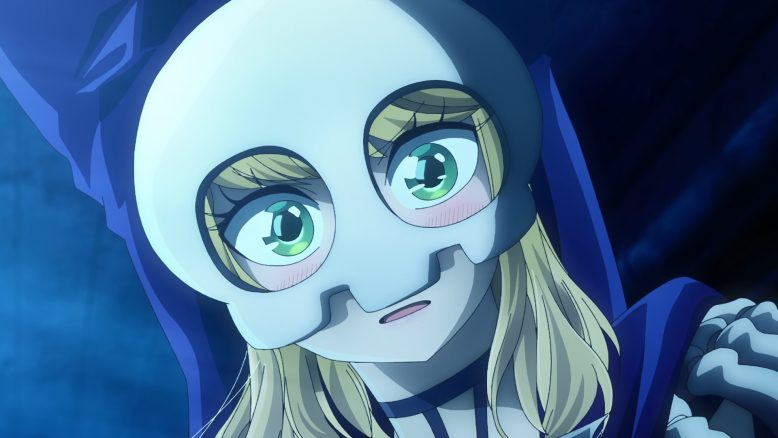 The skull mask is cute on her

I just wanted to get my thoughts quickly out about this one. This season is so packed that there’s no way I could cover this show regularly. But it just made me smile so I had to talk about it for a bit. It’s nice to have a nice mix of enjoyable shows in a season. Winter had some really good series. But I don’t think it had the pure depth of enjoyable shows that this season has. I’ll definitely keep watching the romantic antics of Fudo and Desumi. Even if I won’t end up talking about it regularly for the whole season.