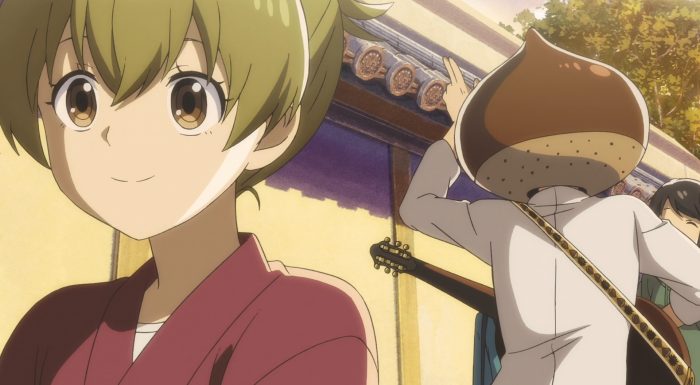 This was a really solid first episode. They established the main characters nicely with their strengths and weaknesses clear to see. I just appreciated how they didn’t take some easy routes for conflict and instead it felt rather natural. Both Itsuka and Nagomu have pretty understandable reasons to be the way they are and the conflict isn’t too forced. It makes sense that Itsuka would on some level overlap the feelings she has for her father with Nagomu. And yet Nagomu doesn’t fall into the trap of being really combative with this person who has presently usurped him as heir for the family business. Not that there isn’t any conflict, but it is handled in a way that is easy to appreciate. 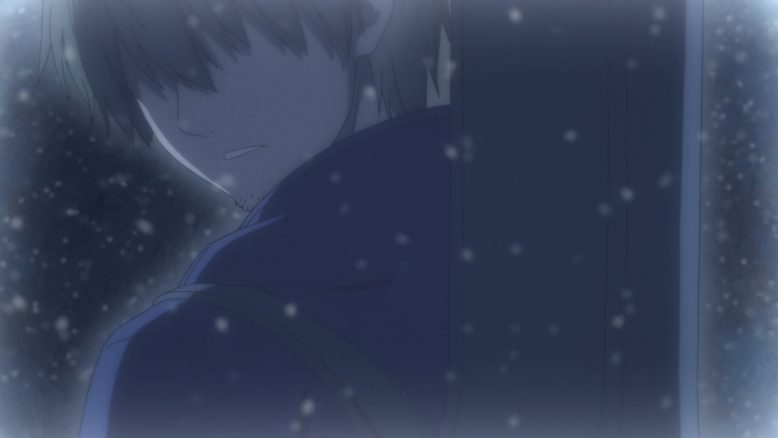 If he actually said that stuff to her…total scumbag

There are enough similarities between Nagomu and Itsuka’s father that I get her feelings. Even if it isn’t fair to impose them onto this stranger since he had his own situation to work through. And even if Nagomu really abandoned his family to do his own thing, there is a difference between not taking on the family business and abandoning a child. But for someone who has been abandoned it makes sense that she’s sensitive about a situation that is similar in some ways to her own. After all they really layer on the similarities in some ways. Both guys are musicians, there are some similarities in appearance, and at least from what she heard there is that abandonment factor.

What I do appreciate is that they don’t let that sit for too long. Even within the first episode, we have Nagomu explaining why he left to her. And it makes sense. He was always a pretty emotional individual and passionate about whatever he was interested in. And he was absolutely fine with taking on the family business eventually. But hearing that conversation would shake him up. Obviously, there was more than what he heard. And yet it makes sense that he’d react emotionally to that and swing right away from the business. He did run away from it, but he felt pushed in that direction. All he ended up doing was chasing a new dream as far as he could take it. 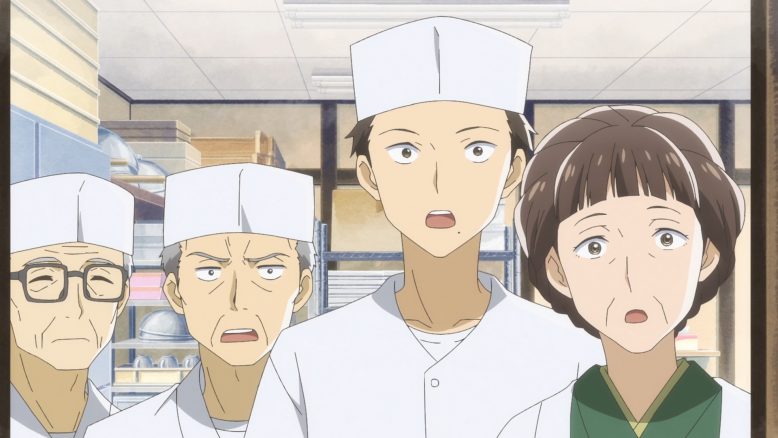 At least no one has to take over quite yet

I’m curious to see how things will play out. It honestly still makes sense for Nagomu to take over the business. At least I feel that way at this stage. He never lost his passion for sweets and presumably he was trained in the past to a degree before moving on. So, he’s still ahead of Itsuki who I’m not sure has seriously started training on making sweets. Of course, it’d be a lot to throw on her plate with school so I get why she’s mostly just serving customers. I guess the question is how strongly she feels about making sweets in general? She’s acting out of both gratitude and trying to be responsible. There’s also that fear of being discarded if she doesn’t succeed at being capable.

Going into the show I thought that Itsuki would be this prodigy that just took over as the heir because she was just that darn good. But the situation is a bit more complex. I could still see her being the heir by the end of the show though. With Nagomu taking on this father-like role in her life and supporting the business in his own way while not being the actual owner of the place. I don’t think being the heir is something that means all that much to him as shown by not caring when it was brought up in conversation. But I do think he’d be a solid choice to go back to. 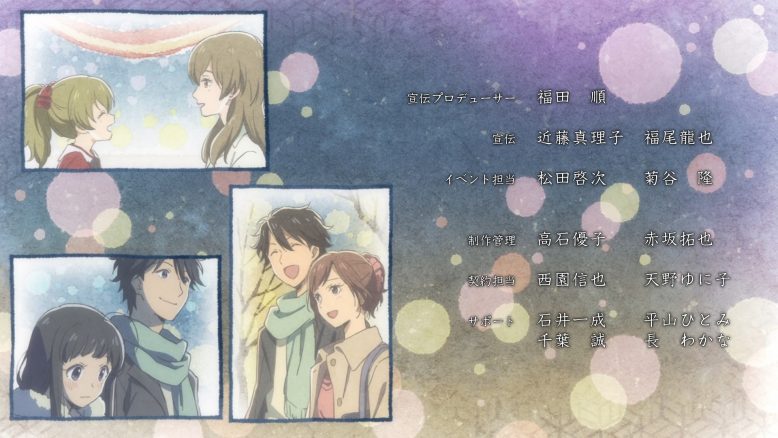 Could be a nice supporting cast

I’m kind of glad the ending sequence and preview are bringing other characters into the mix. The main pair have the parental bond all set. And with other female characters entering the picture soon that takes care of shipping. Not that anyone that enters the picture is guaranteed to be a love interest XD. But it should allow the show to stay fresh with a supporting cast that isn’t just the main duo and Nagomu’s family. He isn’t a bad guy so it isn’t like anyone that ends up with him would be in a bad spot. Nagomu is definitely a silly and excitable individual. But those aren’t the worst flaws for a person to have. If not for his silliness they would have had a tough time selling off those excess sweets. 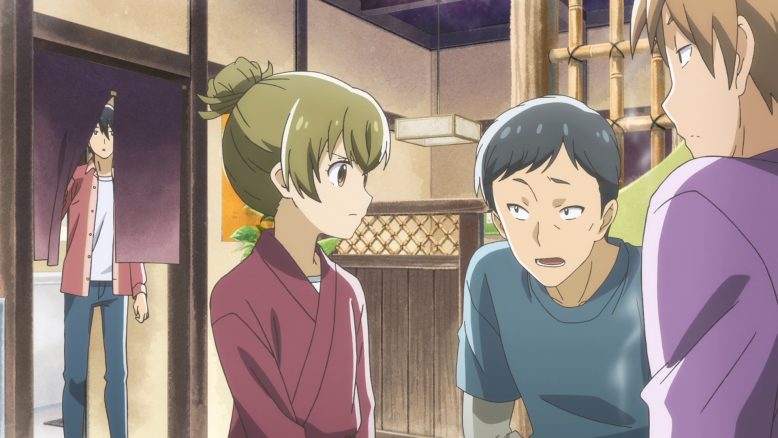 These guys deserve some karmic justice

I am curious if the jerks we saw smoking in the shop will show up again. They undoubtedly were behind the prank that we saw before. That they’d go to the extreme of getting a disposable phone just to mess with a kid who called them out on smoking inside someone’s business…is extremely pathetic. But that’s also entirely believable. People can suck sometimes and can absolutely be terrible in this sort of way. Maybe things wouldn’t have turned out that way if she had someone else confront them and they weren’t embarrassed by a kid. But that’s completely on them. Considering how immaturely they acted I could see that happening either way. If they do enter the picture again, I hope they really get to pay for causing so much trouble. 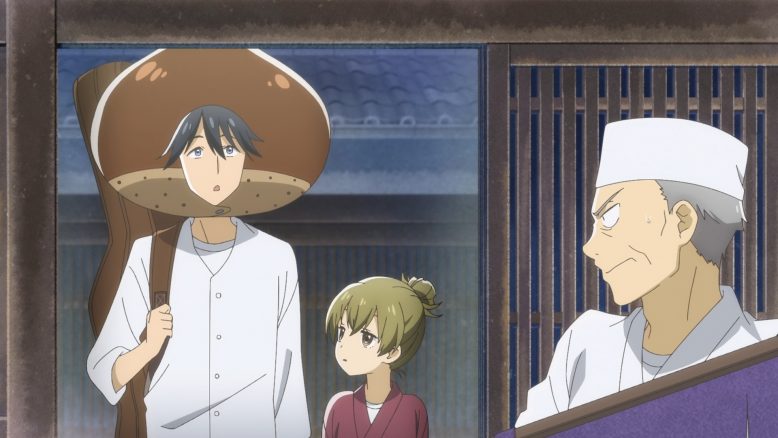 How can you not love a guy that makes a hat like this work?

This was a really solid first episode. With how packed the season is I probably won’t cover it the whole way through. But it was worth talking about. This was a nice way to ease people into the setting and not throw unnecessary conflict at us. There is a long way to go before the two main characters build a strong bond, but that’s fine. It shouldn’t be an instant thing. I’m just happy they didn’t make them too confrontational to start. Itsuka definitely wasn’t a fan, but I think by the end of the episode she could appreciate that he isn’t a bad guy. That’s good enough for one episode.