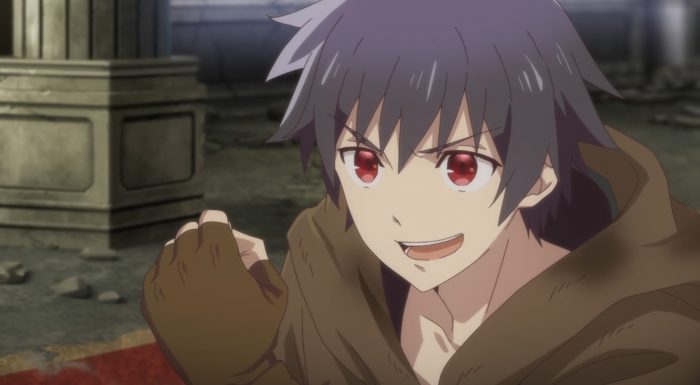 I needed something mostly silly to get this season off on the right foot. And despite the main character being rejected by humanity as a whole, that’s exactly what I got with this episode. Leo is basically overflowing with confidence and perhaps a bit too much personality. But that does help kick things off. Someone that utterly confident wouldn’t have managed to defeat the Demon army in the first place, much less march in there looking for a job. It will remain to be seen how he mixes with the various characters since that will be the defining point. If he’s way too much and can’t cooperate with others then it won’t really hold up. But if Leo can mesh with his new companions, then it just might be a pretty fun show to watch. 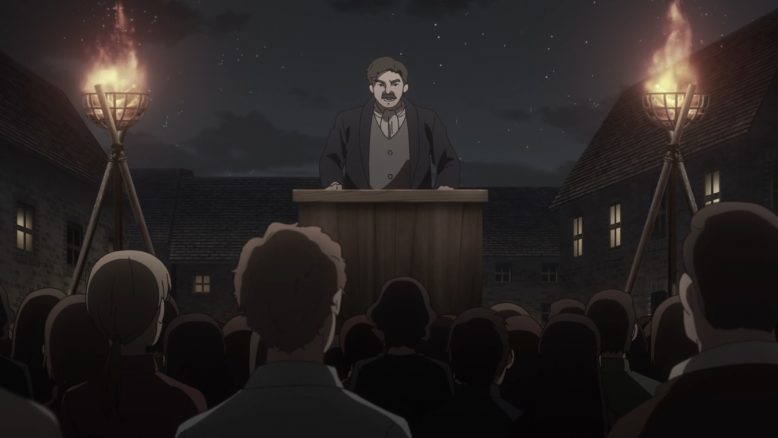 Humanity being stupid honestly is the most believable part of this. Whether it’s right or wrong, the concept of people harassing super powerful beings is pretty status quo. I’ve seen it more used in superhero stories, but a hero of a fantasy setting fits too. The King somewhat perfectly captured it. They rely entirely on the person they are harassing being a good person and not willing to strike back. For all the talk about trust, the King really was counting on Leo not killing him and taking over the Kingdom by force. Who exactly would have stopped him if he tried? People tend to be stupid. On some level they had to be thinking that because Leo is human that they could handle him with pure numbers or something. That or people were all talk and they wouldn’t have done anything themselves. Just pushing that job onto others. 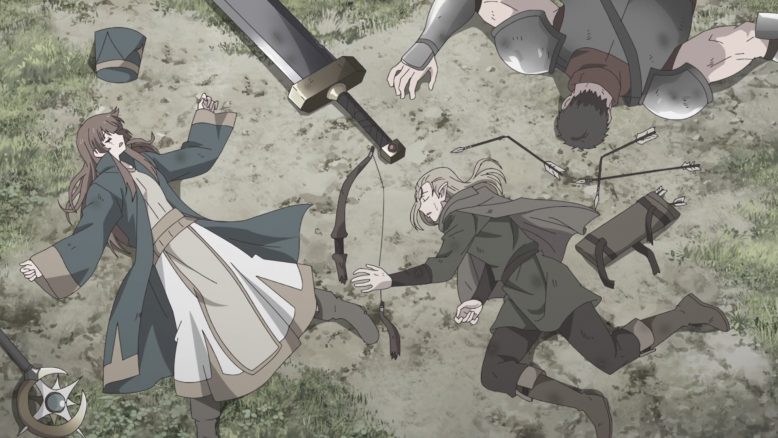 Poor showing by the Hero Party

It is a bit of a shame how the Hero Party was made out to all be useless. I think it would have been fine and plausible to just have the party split up after the job was done. The setting does make me think pretty instantly to Maoyuu Maou Yuusha and I think that show handled the hero party a bit better.

Of course, it is hard to say if they were as bad as Leo is making them out to be or if his own problems are colouring the issue. That he’s so darn powerful that he couldn’t coordinate with allies at all. But it seemed like they were also way too stubborn about only fulfilling their niche. Nothing wrong with a priest focusing on healing, a swordsman on blades, etc. But that they had no flexibility made them less useful when they were inevitably pushed out of their comfort zone. Hopefully Leo can actually coordinate with his new allies. Which may be hard since he’s still kind of underestimating all of them. 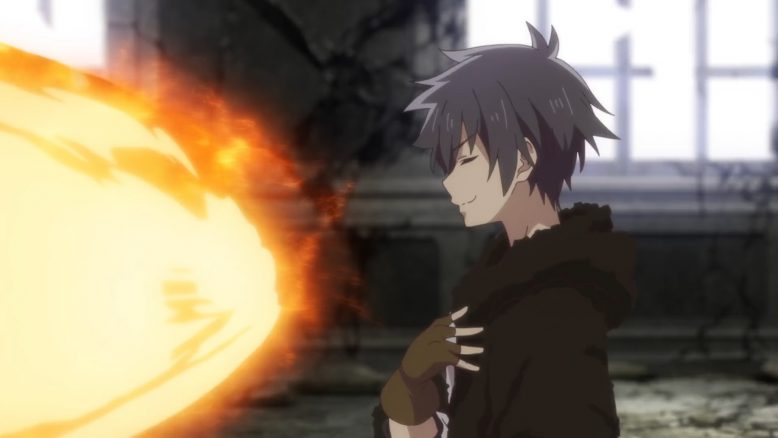 The kind of confidence you need for a job interview

The episode was heavy on exposition, but it was the opening scenes that sold me. I’m not entirely sure what was going on with that very opening scene though. Leo was getting a message to live for himself from someone. But that location seemed weird. It looked more modern than the fantasy setting we’re seeing here. I don’t believe this is supposed to be an isekai story since Leo didn’t say anything to that effect.

But it was the scene after that which got my attention anyways. Having Leo so confidently go into his job application was pretty hilarious. He was just all in on explaining why he was good to hire. Just something very fun about Leo explaining to Echindna how he defeated her and that’s why she should hire him. Of course, if she had the mindset of Lily that would have worked XD. So, while it is pretty dumb to continue attacking someone that beat her up previously, I can understand the frustration. It has to feel like a twisted form of being kicked while she is already down. But she will have to get over it since just having Leo there is basically an instant win button. 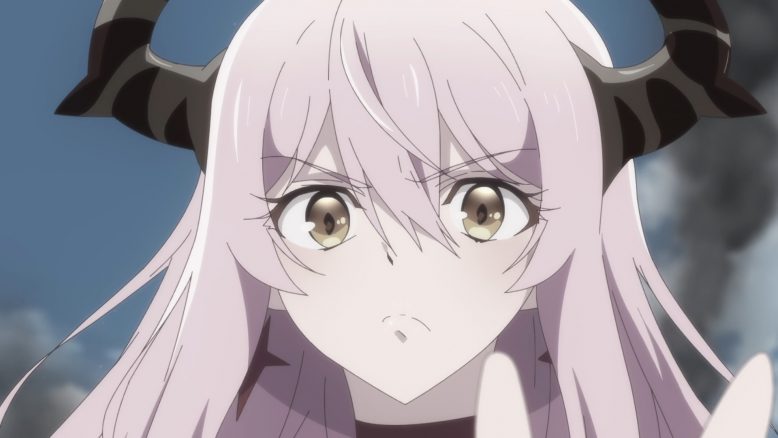 I’m glad there is actually some reason for Leo to go to the Demon side though. If it was just being rejected then he had options. That includes just taking over the human world himself. But her willingness to handicap her war efforts would catch his attention. That she wanted to make her invasion as bloodless as possible and she refuses to leave the Human World has to mean something. I don’t expect her reasons to be all that complex of course. She probably has an eye not on simply eradicating humanity, but making them part of her future Kingdom. So, with less excessive violence that means that her takeover should be as smooth as possible. And there are probably serious issues with their homeland that have forced them to try and carve out their own territory. But it should be nice to see Leo and Echidna find common ground. 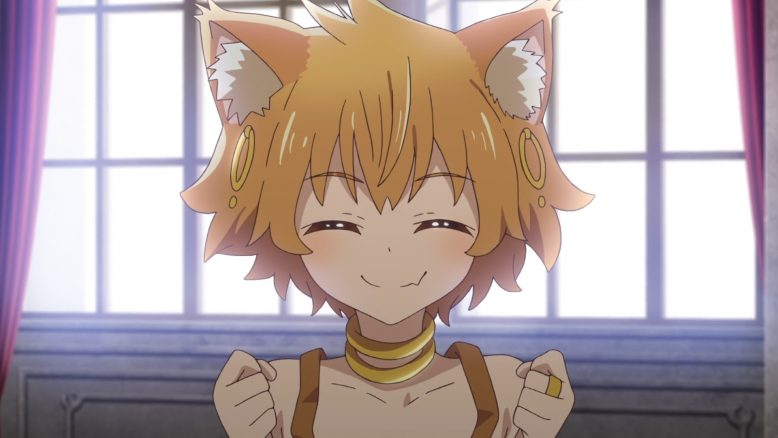 The episode wasn’t anything special, but it was comfortable. There was some fun in seeing Leo chatting it up with people he utterly demolished a short time ago. My condolences go out to Shutina who seems to have her hands full. Not only does she have her own job to take care of, but she’s bound to be the straight man of all the comedy here. I do feel for her as well. Her magic is probably rather powerful, but as soon as that was shut down…it was all over. Lily was cute if not way too immature to be given the responsibilities she has. That girl is likely powerful enough, but probably should be working under someone until she’s ready for actually being a General. Edvard seems the most balanced of the group. He’s a bit too straight forward, but he’s not unstable either. Not sure about Mernes.

I don’t expect to pick up this show for the season since it is just packed with so many good series. But I hope to keep watching it going forward. If the comedy can hold up then it should be fun to keep up with the story. Hopefully it won’t take too many episodes to get to know Echidna some more. Even if her goals aren’t likely to be unique, she is an important element to the story. If she serves as a guiding element for Leo’s unnatural strength then that should help the story stay entertaining.