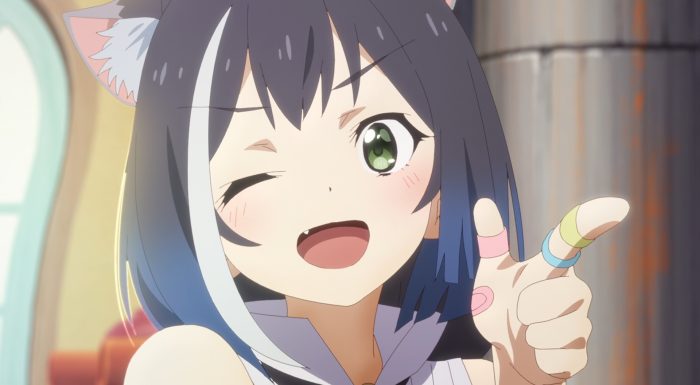 This was a fun way to end a season. It was everything that I expected and maybe a bit more. I fully expected that they’d take the fight to Kaiser and push themselves to the limit. But what I didn’t quite expect was the serious push to actually save their enemy. In some ways it makes absolute sense. The whole Gourmet Guild are a bunch of softies after all. But after everything that went down and the danger factor, I just didn’t think they’d go all in on that. It is a good thing that everything worked out and they survived. Getting that far only to lose because they tried to save their greatest enemy would have been a rough way to conclude thing. Thankfully it gets to end on a much more enjoyable note of Karyl cooking breakfast XD. 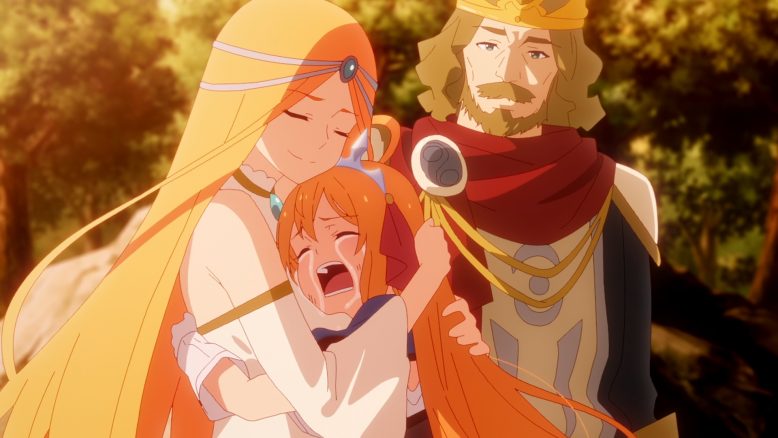 There was still a lot of Pecorine glory in this episode. In some ways that did surprise me since I felt as if the focus would shift even harder towards Yuuki here. Not that it is a bad move to keep the focus on the girl that can smash enemies with Princess Strikes. And it was a solid move in terms of the combat side of this. Pecorine is their heavy hitter and until they got additional support, she was the one able to do the most damage here.

And her side of this story wasn’t over yet. Pecorine still had to reclaim her position with her family and put things to rest. It was very much like her to feel utterly mixed up over fighting Kaiser though. Able to detect a degree of tragedy and suffering inside of her. For someone like Pecorine it is hard to remain focused on hating her opponent when she can sense all that. In a sense trying to take everything back from someone that feels like they are lacking valuable things. Thankfully though, Pecorine was finally able to meet with her parents. I wouldn’t have minded them getting some lines of course. But at least she finally, finally, got to lower her guard. All that suffering and she could finally embrace her family again and just let it all go. 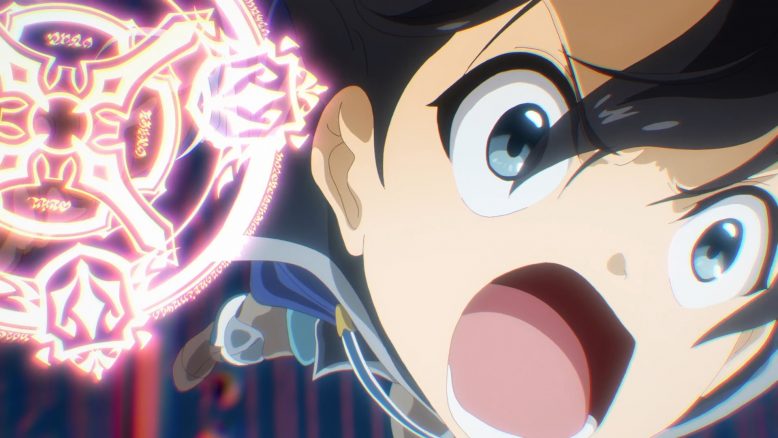 Yuuki is going for it!

Yuuki absolutely got his moments to shine though. The main fight was still allowing him to get plenty done. His main strength is supporting his allies and without that support they just wouldn’t have stood a chance. But he also has the willingness to throw himself into the fight when the timing is right and it’s necessary. Without his arguably crazy attempt to rescue Labyrista they would have certainly lost here. And I can’t blame Kokkoro for not being keen on that plan. But the gamble paid off and with all that extra firepower they definitely had enough to seriously take the fight to Kaiser. Although Kaiser having grown weaker might have been the most critical element at play here. 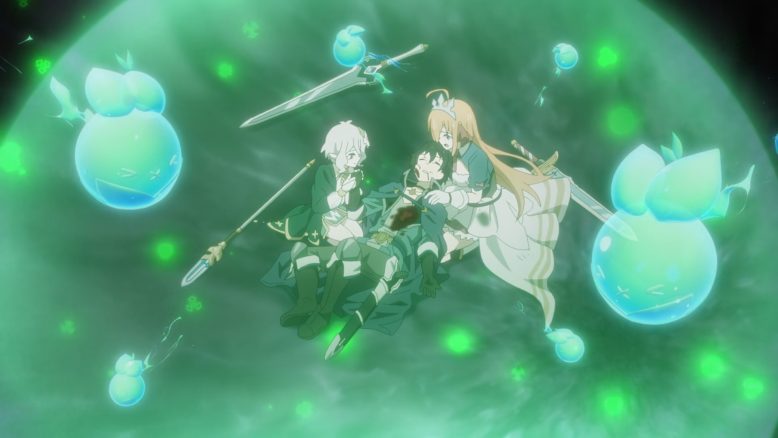 This was a close call.

Things got extremely dire when they made the move to rescue Kaiser though. Of course, Yuuki threw himself into danger and of course he nearly died once again. There was no way they’d avoid the same dilemma he faced in the past. Does he stay and risk truly dying? Or does he give all that up to reset and start over? There is value to the idea of starting over and try to regain his bonds later. But some things are worth risking for. They may never get a chance this good again. And who knows what another Re:Dive would do to Yuuki’s delicate condition. The only question was whether he was too far gone to save and if they could accomplish their goals. But this was the time for that gamble. They weren’t up against a foe they couldn’t defeat. They just had to pull Karyl and Kaiser back.

I would have liked a bit of focus on Kokkoro healing Yuuki or just focus for her in general. But at least she obviously got the job done since he didn’t die XD. And it did lead to a good scene. There’s been so much great Pecorine and Karyl moments. But it is still nice to note that Yuuki and Karyl are friends. That he was able to reach her with his voice and then grab hold of her. His determination to protect his bonds for sure this time kept him from giving up. And Yuuki being there allowed Karyl to avoid giving up too. Karyl needed to hear once more that she had a home to return to. Yuuki was there to make sure she got that message. 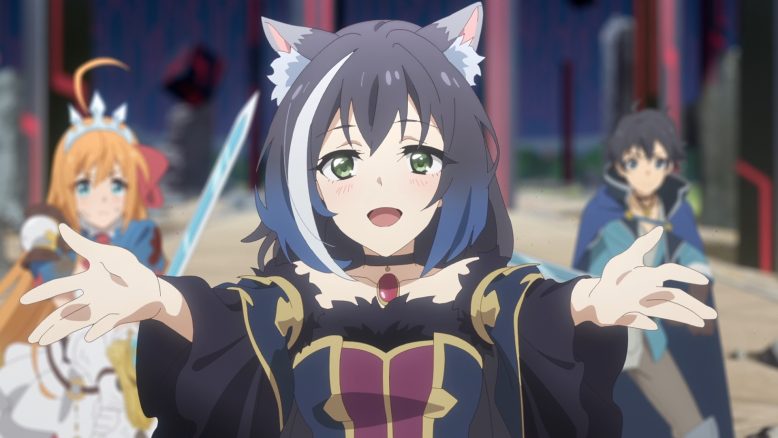 Of course, this conflict wouldn’t happen without focusing on Karyl too. She’d been used and held hostage for a lot of this arc. But this was finally her chance to shine, show her growth, and actually get things done. That being said, she wasn’t a major player in the fighting part. It makes sense that she’d struggle to pick a fight with Kaiser. For better or worse she’s not going to be able to simply ignore how she’s felt about this person. But that didn’t stop her from blocking some attacks and standing up for her friends.

But maybe the most important thing for Karyl was her inheriting the good qualities from people like Pecorine. It wasn’t simply about rejecting evil, but trying to reach out at the same time. She of all people understood how being with others can save an individual. That simply sharing a meal can help move in a happier direction. Karyl stopped doing evil, but still wanted to have both sides of her life. In a sense going from living that secret double life to having two precious sides to herself that she can love. And all of that revolved around her diving right into the dark to save Mana. Karyl finally found the strength to both tell Kaiser she was wrong and that she’d save Kaiser from despair. Not just being there to be saved herself anymore. 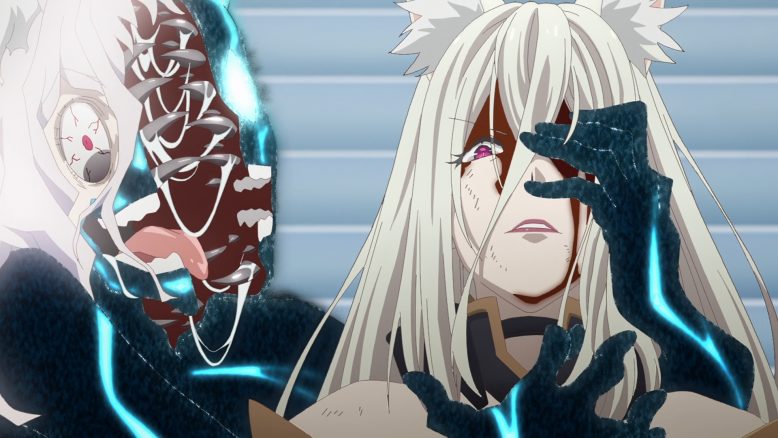 Kaiser herself had a few interesting things going on. It is clear that she’s not in the best state even after resting as much as she did. I suppose it is also an interesting thing for her knowing that Karyl every time will end up betraying her. In some ways it would make for a self-fulfilling prophecy since I’m sure she’d only get increasingly distant from someone that would do the right thing eventually. But beyond that, this person clearly was unhinged. Being evil was one thing, but she was absolutely obsessive about this Minerva and how messed up the world was. Things that we probably need a third season to get a good understanding of. If nothing else it was kind of amusing seeing her getting arrested by the end of the show. 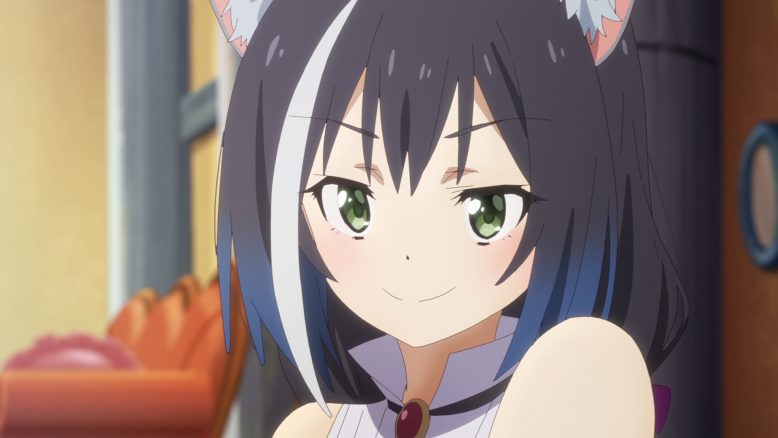 Her confidence is overflowing

The ending was really comfortable. My hopes for an immediate announcement of a third season didn’t happen though. What we did get was a lot of cute little moments. Karyl taking over cooking duties while Pecorine was away worked really nicely. It was a lot of the good and familiar stuff. Karyl cut her fingers while preparing the food, was covered in bandages, and everyone tried to be really supportive. Kokkoro and Yuuki all hyped up for the meal. It wasn’t a surprise when Pecorine showed up. Her Kingdom is safe and miraculously so are her parents. So, she can leave that to them and continue enjoying her youth for a while longer. If they do go for another season then at least they are set up for this group to be together. 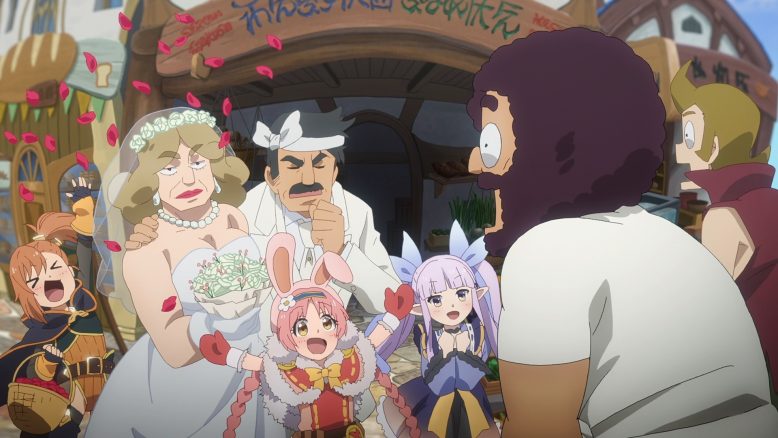 And Yasuko got married.

Nothing quite prepared me for this season to be this good. I did pick up the game between seasons. But I also knew from the first season that the game and anime were doing things a bit differently. So, it wasn’t as if I was going to be spoiled on season 2 by the game. That let me build up the hype for this season almost purely on a first season that I enjoyed a lot. And they just hit the ground running. Honestly this show just never stopped once it finally got here. This show has a great mix of comedy, drama, and action that keeps things entertaining most of the time. The very first episode of this season was a visual spectacle. It didn’t hurt anything that the studio behind this game (CygamesPictures) was so great with animation.

I could honestly go on for a long time over the highlights. The fight against the colossal Golem? That was utterly spectacular and a visual treat. Then you had this whole final arc and the various earlier battles against spirits, armor controlling slime, etc. We got some really spectacular fights in a season with some pretty amazing action. Princess Connect isn’t beyond those conversations when it comes to winter action. 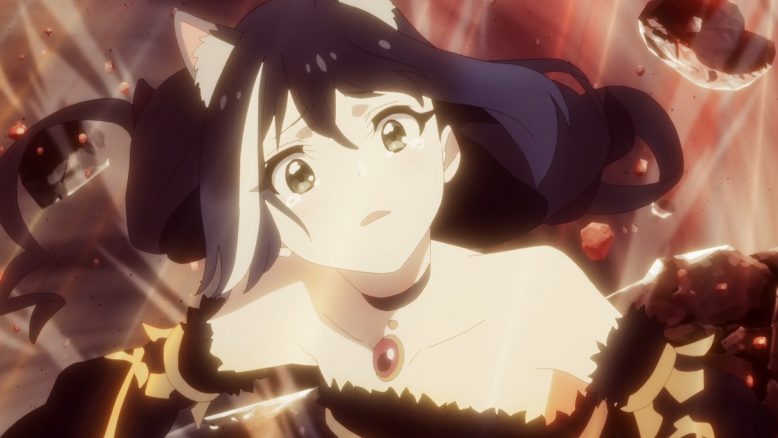 So many good Karyl moments here

But what really got me this season was the drama. There was absolutely drama in season 1. But it was a bit more spread out and saved heavily for near the end. But this season there was drama all over the place. All of Pecorine, Yuuki, and Karyl were struggling with things and really suffering in their own ways. Kokkoro was simply having a tough time watching all these people around her dealing with these stresses. I don’t think we had many episodes where one of those three above weren’t dealing with something difficult. That did leave with a bit less comedy compared to season 1. But we still got enough laughs and I think it was effective to focus on the character drama. The ending wouldn’t have landed this well if we cut drama out for the sake of a few laughs. 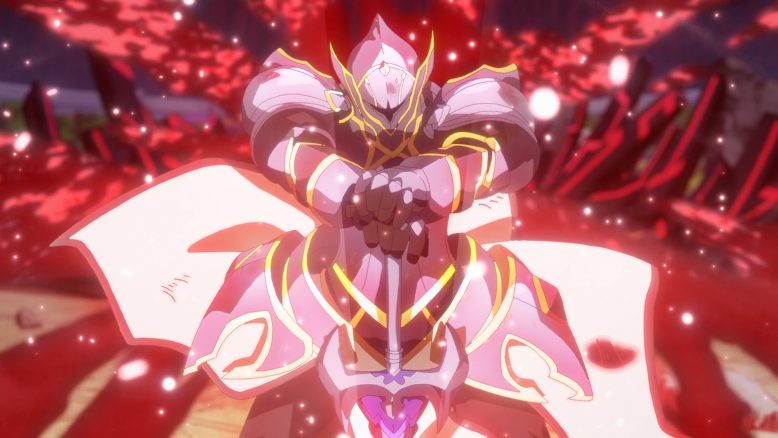 Fingers crossed for a third season

I’m going to miss this show. Hopefully it gets a third season though. They haven’t fully tapped into questions like that memory that Yuuki saw involving Kasumi in a school uniform. There is also the mystery of Minerva and what Kaiser was trying to accomplish. But if this is all we get, we’re still really lucky. This season was a huge amount of fun. Every week I was excited to see what would happen next. And I just appreciate a sequel just delivering in terms of quality. No need to stretch myself to make the show sound better than it is. It was just that good. One of the top shows of the season without a doubt. Spring and onward are going to have a tough time pushing this show down the top 10 list.