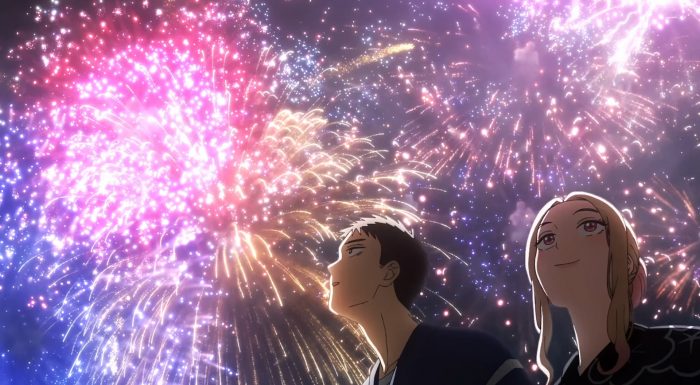 This show really got to end on a strong note. They journey of the main pair has been enjoyable to follow and that wasn’t any different in the finale. Things were simply allowed to advance and play out in a way that felt right. While Marin’s confession of course only came after Gojo fell asleep, it still shows how close they really are. Not that going out is the endgame in any relationship. But it does feel like they are so close to that next step. That is a development for another day though. On the positive side this episode did as much for these two as it could while not taking things to that point. And it let the show end in a way that leaves you smiling. 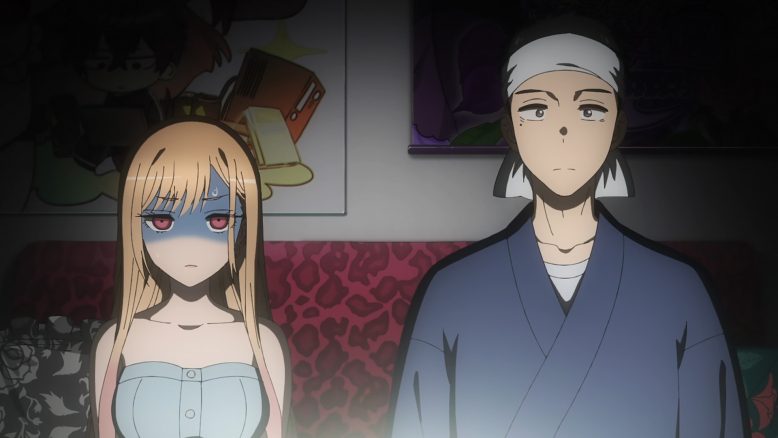 She made a very poor decision

The characters were true to themselves to the end. Marin walking into that horror movie situation because of how bold she is. Only to effectively self-destruct when it shook her up so much. Pride not letting her turn down Gojo’s idea to rewatch scenes to learn from them XD. It makes sense for her no question there. She’s a person of action and sometimes those actions have a tendency of blowing up in her face.

Same goes for the trip to school. Marin was careless and nearly drowned in the pool. There’s probably a reason the school wouldn’t want students up around the pool unsupervised…Thankfully things worked out just fine. But it’s another reminder that while Marin’s bold action can really push the story forward, she does need an eye kept on her. This isn’t a character that is simply meant to be popular without any flaws. She has them and they can be a bit risky sometimes. Gojo is going to have to be on his toes since she can do things like this sometimes. 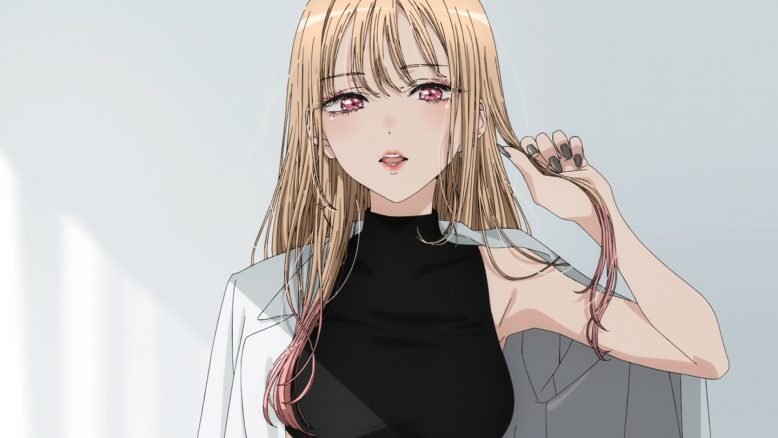 She should afford that camera in no time though…

I kind of appreciate the flaws as much as her strengths. It’d be easy to make Marin too perfect here. It is good though that some of them are legitimate flaws. Like being upset with her father for cancelling. The reason he did it was obvious. He’d likely love to spend time with her. But if she wasn’t being responsible with her studies then he had to draw a line. The lesson didn’t stick since she was just stubborn over it. But making her keep a log of her progress and everything else was good on his part. Without it…I’m not sure if she’d have actually finished before school started again. Ok, she definitely wouldn’t have. Since she didn’t even realize that she’d forgotten her math homework at school until…there was almost no time left. Characters need strengths, but flaws do matter. 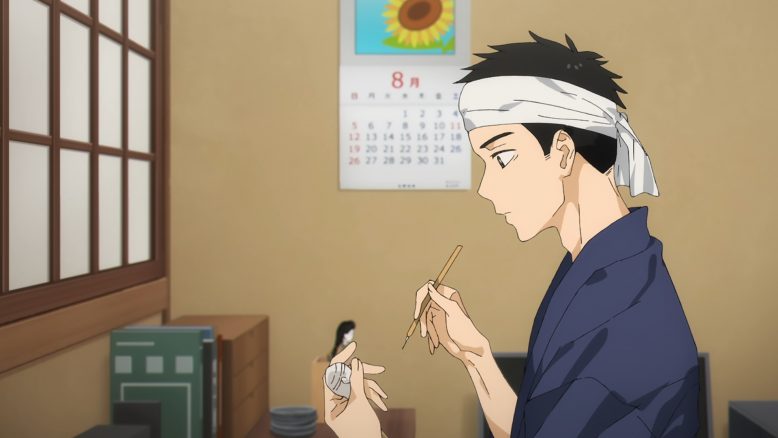 Without meeting Marin he’d likely still be on his own.

And Gojo isn’t an exception to that. He spent years missing out on good experiences because his focus was too narrow. There’s nothing wrong with chasing passions and trying to achieve dreams. Those are good things. But his gaze was only on those things so he didn’t make friends, experience things he’d enjoy, and in some ways that hurt the goal he was aiming for. Not that he’s exactly built up a large circle of friends. The only issue I’d give the show with Gojo is his circle still being entirely focused on Marin. Juju was a nice start, but he really could afford to open up with a few more people. But at the very least the show has him realize over and over that he’s missed out on quite a bit. 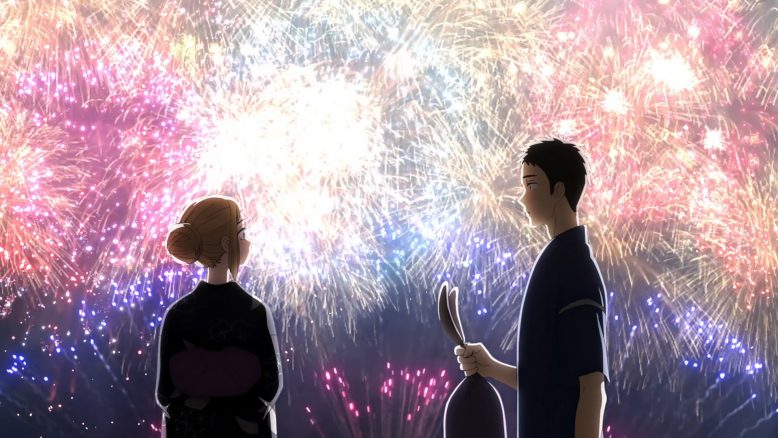 The fireworks display was a treat though. It has to be one of the better fireworks displays I’ve seen in anime. They had a nice approach in moving the perspective around a bit and making the fireworks really stand out. They really let it hit home how much this meant to Gojo. A change of perspective can make a world of difference. The noises from outside changing from something that didn’t connect to him into a memory that he’ll never forget. Of course, the company mattered and there’s nothing wrong with being entranced by Marin at the end of the show. I am happy though that the fireworks festival itself still had such a big impact on Gojo. Now he’s got something to look forward to next year. 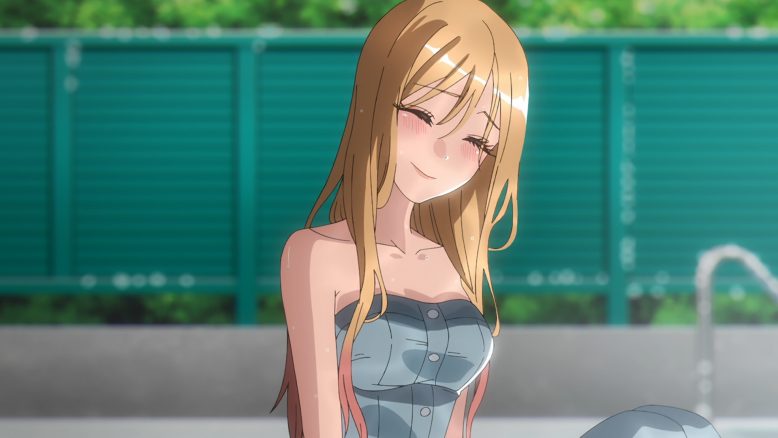 Could just make a highlight pack of Marin images

Honestly, I just had a really good time with this episode and this show. A lot of focus absolutely went to how lovely Marin is as a character and the impact she can have. But I’m really glad to see that her character had a lot of layers to it. Her strengths and weaknesses were consistent and allowed her to be the positive impact on the Winter season that she was. From the very beginning she stole the show and changed Gojo’s life in the process.

That she was so utterly silly even after falling in love made her all the more enjoyable. She couldn’t outright confess to him even by the end. While sure there was a chance, he was still awake enough to hear, it was a confession meant not to be heard. But of course, she’d have a tough time. Things that matter aren’t always easy to express. The nice thing is that you can really see the future that they’ve got together. 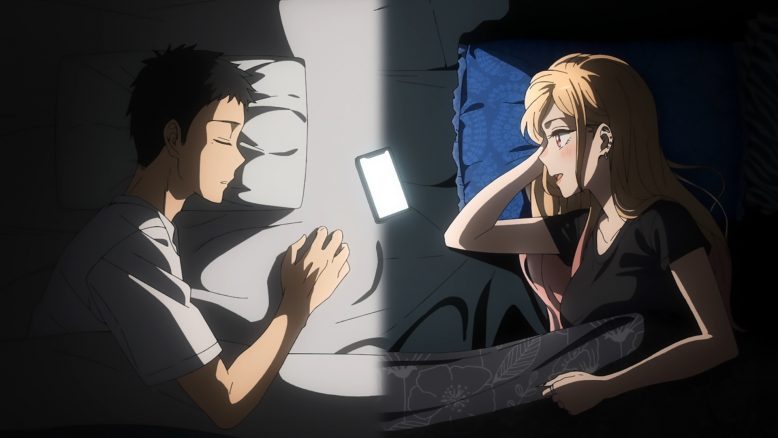 Hopefully he can keep making friends

Maybe one thing that I wish was covered was the girl that shook up Gojo in episode 1. We never really did get a payoff for that. Now this is an adaptation so that makes sense. Not everything can be paid off in a single cour. Especially if it is further in the source material or hasn’t even been tackled there. I don’t know which it is, but either way it wasn’t handled this season.

And the other thing that I wish was covered more was Gojo’s ability to talk about his hobbies and reach out. Yes, he’s absolutely way ahead of where he was in episode 1. But in the end, he’s 90% revolving around Marin. He’s had a few chances to talk with Juju and her sister. If we got back to the school before the season ended then maybe he’d have a chance to show that growth. But for now, it is untapped potential. 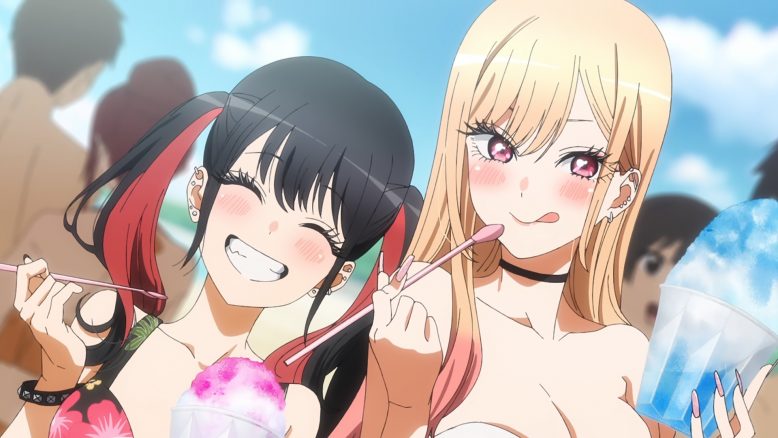 This was a good show

This show really did a nice job letting the audience learn and understand cosplay more. That isn’t a hobby that I’ve ever had much interest in. I like to watch anime, (obviously) write about it, discuss it, collect blu-rays, and even physical products like wall scrolls. But that side of it has had very little to do with me. When I could reasonably attend anime cons then I’d certainly see people cosplaying, but I never thought about getting into that. So, this show was a nice chance to learn about that side of the fandom and appreciate all the work that goes into it. I definitely have respect for those that spend their time, energy, and money putting together outfits like this in order to express their love for a character. 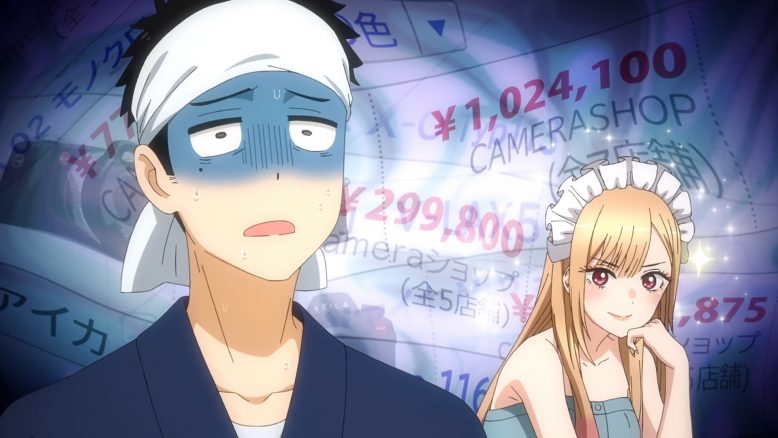 Let us hope there’s a season 2

While I thought this show could be good, I didn’t expect it to be great. It was easily one of my favourites of the season. This season overall was a rare time when I actually did end up covering only my favourites of the season instead of passing on them for whatever reason. There were things that I did take issue with, but overall the show was great. I’d be shocked if this doesn’t get another season at some point in the future. There was a lot of love poured into this show and the end result reflected that. I hope people had a good time reading what I thought about this show. See you all for the Princess Connect finale and the Spring season!