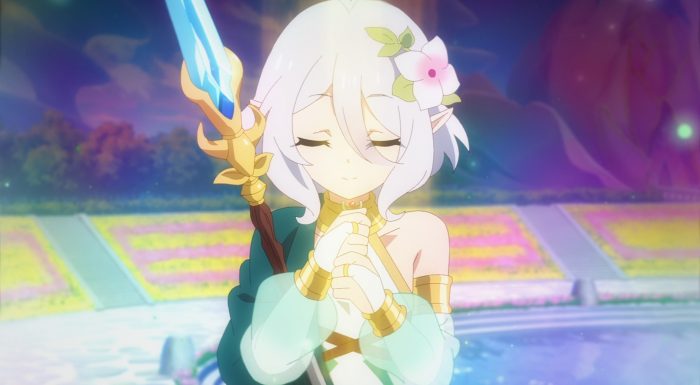 This episode was everything I could have asked for. The finale for this second season is building up to be something truly spectacular. There are quite a few great shows this winter season, but this one still resonates with me. The struggles of all the characters could really be felt here and all lead to that final moment. No time for an OP/ED and instead just giving the full runtime to building up the finale. Yuuki finally arriving on the scene in a true blaze of glory. The battle against Kaiser truly about to begin. A battle that has been lost more than once in the past. But Yuuki and the Gourmet Guild are ready to make their stand. Hopefully it will be enough for them to pull ahead and not suffer another catastrophic defeat. All the more so since I doubt, that they’ll get any more chances at this. 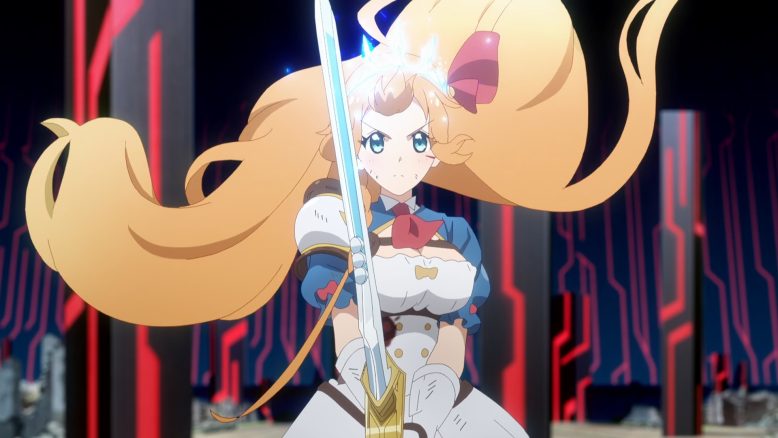 Pecorine is one awesome princess

In a lot of ways there has always been a struggle in this show in determining the true main character. For a lot of it you have Pecorine really taking that title. This episode reflected that quite well. She put everything she had to trying to rescue Karyl, dealing with Jun, and taking the fight to the Shadow Kaiser. And truly she made it worth watching. Her battle against Jun was intense just because of how cruel the mind-controlled Jun could be in a fight. Pecorine really didn’t have the luxury to take it easy either. Not with Karl’s condition getting worse as the Shadow Kaiser used her to make everything more dangerous. It was a beautiful showing of offense vs defense with Pecorine edging out the win. Thankfully there wasn’t any need to kill Jun there.

And of course, her Princess Strike assault against the Shadow was absolutely fun as well. This was her moment to utterly vent everything she had built up. Of course, Pecorine didn’t want simply to hate this person since that’s not who she is. But when it came down to it, she would do everything in her power to end this horror. Pecorine earned this chance with how much she has had to deal with. The second season really highlighted the weight all of this has had on her. So, I was definitely enjoying the moment of her utterly wrecking her enemy. But maybe the best thing was that the Princess both got recognition and the chance to save Karyl. The connection has been built up nicely for these two. Good that they had a small moment before things took a dark turn. 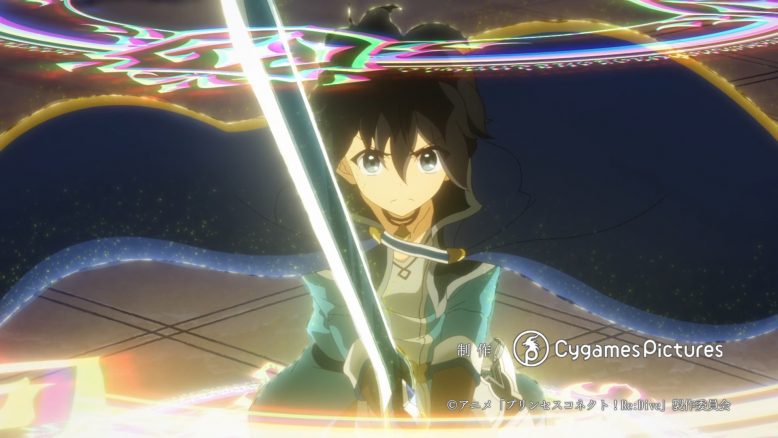 It is hero time!

Yuuki didn’t get as much to do this episode. But he absolutely ended the episode with the presence of the hero making a timely appearance. Pecorine had given all she had, but there wasn’t much she or Karyl could do once the real Kaiser emerged. But I appreciate the way they divided the focus. Pecorine earned her moment in the spotlight against the Shadow Kaiser. But Yuuki hasn’t simply suffered once or twice. He’s clearly lost a few times already against this enemy. His old guild is seemingly dead, since we haven’t seen them beyond flashbacks. But beyond that he’s clearly failed a few times and had to suffer both in nearly dying and being reset. He’s lost those bonds and has had to piece everything back together. And that includes his own mind. This is a fight that he deserves to play a prominent role in.

The crazy thing is him making his move after the real Kaiser emerged. So many troubles have been against the crazy shadow version of the Kaiser. She was this powerful despite not being the real thing. A shadow that was being powered up by other shadows bringing souls. It’s all the more tragic that Labyrista’s life was put on the line against something like that. Of course, the purpose of her struggle was still justified. But it makes clear how crazy this final battle might get. The real thing isn’t likely to be weaker than the Shadow Kaiser. So Yuuki will have to pull out all the stops in order to give them a chance. 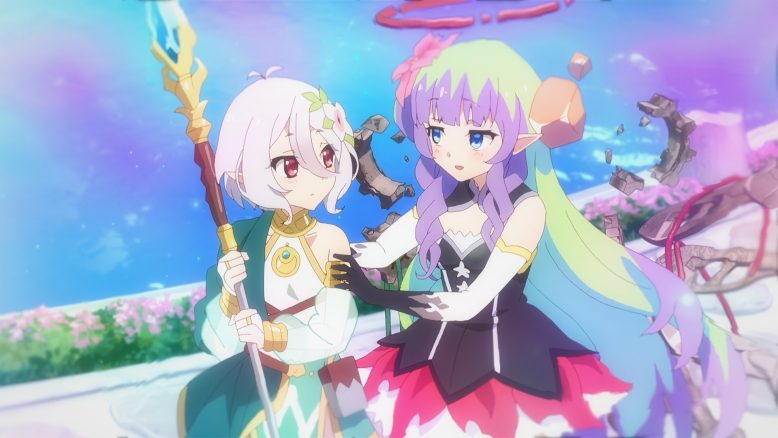 Ameth must have been happy for new company

We did finally get the payoff for Kokkoro’s strange void experience last week. It actually ended up being entirely positive. I honestly didn’t think it would be a good thing considering how creepy it was. But it was really nice seeing Kokkoro and Ameth interact. Just really sweet since they’ve had a connection, but no direct interactions until now. Both of them care about what happens to Yuuki and have been supporting him in their own ways. And Ameth has been aware of these arcs and presumably is apart from the loops that Yuuki has been living through. So, it makes sense that she is immediately almost too friendly with her before backing up a bit. But it was also pretty sweet for Kokkoro getting to basically meet her personal God.

And all of it really was for Yuuki’s sake. Kokkoro’s role hasn’t been to suffer personally. But rather she’s going to do her best to protect the people she cares about. There’s no question that she cares deeply about Yuuki. So, giving Kokkoro the chance to tangibly do something to help him is all she’s ever wanted. It isn’t entirely clear what the object she’s been given will do or how she can support him. But I’m looking forward to her being there in the darkest moment. 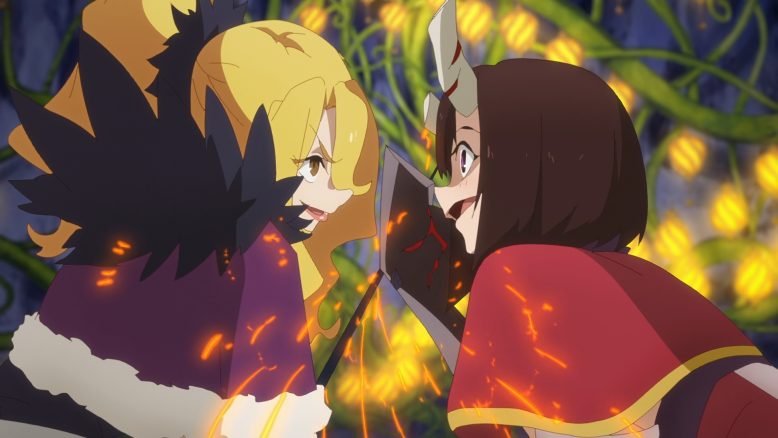 Thank you anime for this treat!

All of this and I still haven’t even covered the absolutely epic showdown between Christina and Twilight Caravan! I knew that guild was going to do something and it likely would be to help save Metamorregnant. She offered them information that they wanted and in turn they were prepared to put their lives on the line to rescue her main body. We already knew what kind of monster Christina was last season. And yet she was proven to be even more overpowered than we could have imagined. They simply couldn’t bring her down. Especially not with Christina having both incredible offense and defense. She could take just about everything they threw at her. But she isn’t all powerful. While she could face off against that guild, she couldn’t keep an eye on everything. That allowed Eriko to make her move…at least until the real Kaiser emerged. 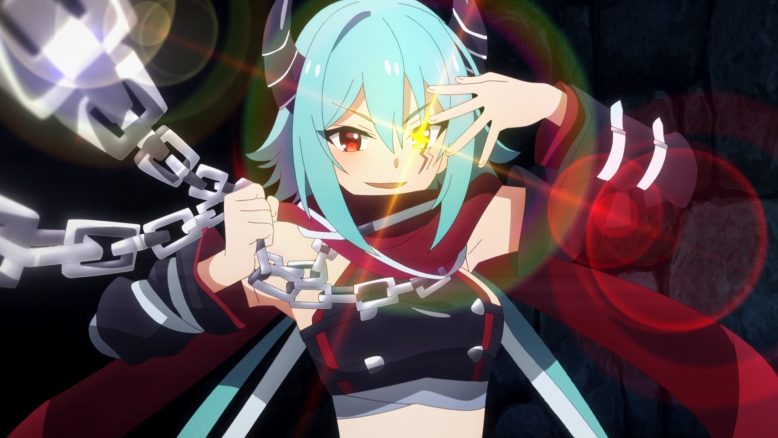 I love the addition of Anna and Ruka this season

Eriko vs Christina was the battle of madness that I never knew I needed to see. If not for Christina’s broken skills, then that could have gone either way. Eriko was full out unhinged for this fight. Yuuki can thank his lucky stars that he hasn’t seen her again this season XD. The animation team just let this fight happen as it should. But that’s not to say it was just about Eriko. The other guild members gave their best efforts. That includes two members we didn’t see in the first season. Ruka and Anna turned the tables for a time and created the openings needed. They couldn’t actually beat Christina, but they definitely proved their talents. 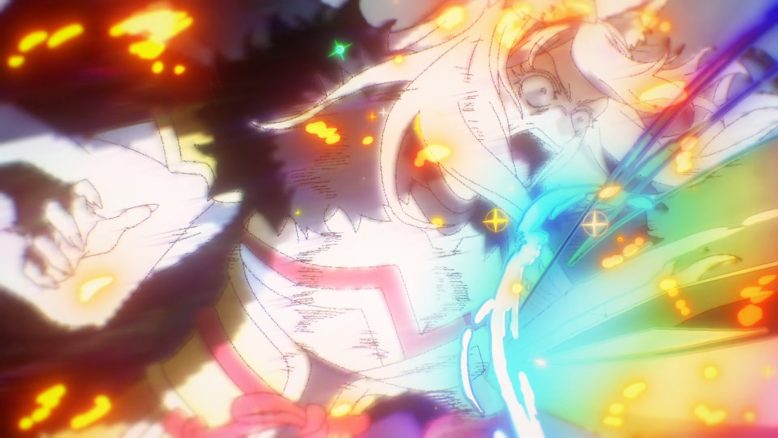 Now we are absolutely set for a wild finale. Though it might be tough to top the kid guild summoning their giant bird ally from season 1 to crush a giant shadow XD. I sure hope they give their bests to beating that moment though. We are set for a crazy finish. No idea if we’ll get a third season or how this will all wrap up. But I salute everything that Princess Connect has done here. Even if this season isn’t recognized by a ton of people out west, I will gladly continue to enjoy the heck out of it. I just enjoy writing about shows like this and it makes me glad to keep on doing it. It’s going to be tough to wait a week to see how this show finishes up. But I’ll be ready to write about it when we get there.