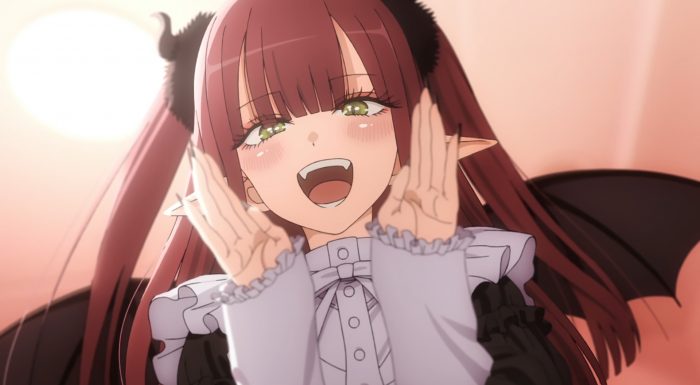 Things continue to move along fairly quickly for this show. I didn’t think that we’d get right into the next cosplay in this episode. Or at least I didn’t expect that they’d outright have the photo session in this episode as well. The one benefit of course is that they can use the remaining time on the relationship between the characters themselves. We’ve seen the last outfit from the OP so presumably they won’t throw out a completely new cosplay in the finale. Although I suppose anything is possible. 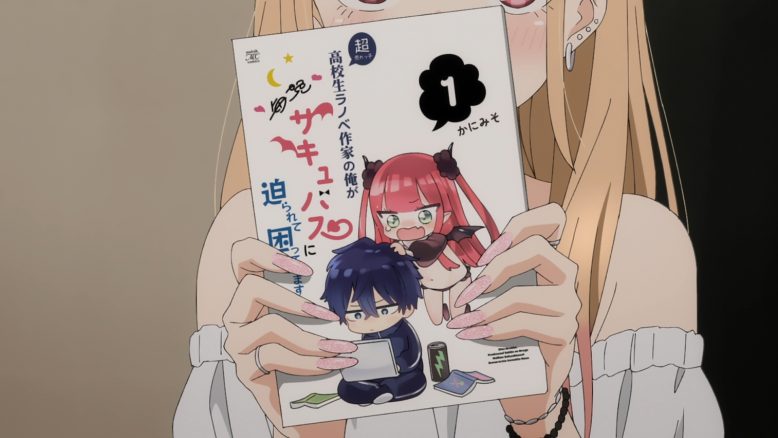 This would be more of a challenge for Gojo

In some ways I suppose that shows the growth of the characters as a whole. This isn’t the first cosplay and they don’t necessarily have to spend the same amount of time building up the process. Part of me did think that we would spend more time on Gojo working through the difficulty of making an outfit for a character with that kind of art style. Or at least that we’d cover things like the ear prosthetics that would be needed for a non-human character like this. In that sense I feel like the story might have skipped over details to get right to the love hotel scene as quickly as possible. Since this wouldn’t necessarily be how you’d want to end the season. This was a fun way to end a penultimate episode, but I expect we’ll get more on Gojo and Marin’s relationship before this is all over.

They did go into some detail after they arrived on how Gojo had to get creative with this cosplay. The 4-koma art style just doesn’t give much to work with. Much like how an anime staff would have to create entire character designs almost from scratch, Gojo had to use his imagination to make this cosplay into a reality. I appreciate Marin’s take on this though. There’s nothing wrong with that. Outfits have variations to them even when going from a well-drawn manga to anime. That doesn’t make the anime outfits bad. They are just different in order to allow animation to be a bit easier. There’s no reason for Gojo to feel down about the job he did here. 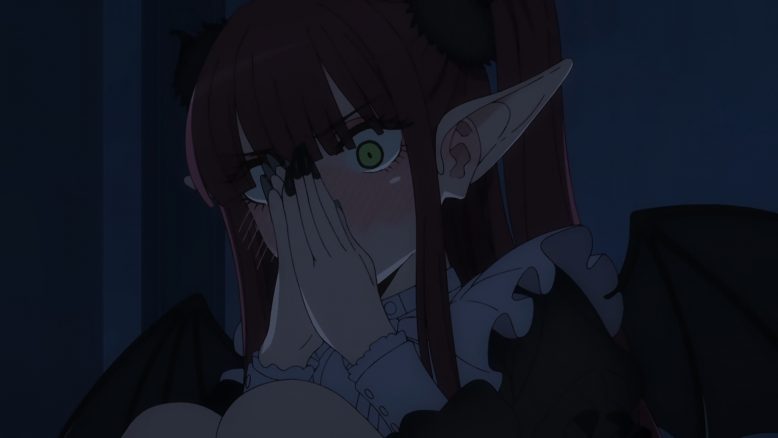 Of course, they gave the shipping between these two a powerful kick. A lot of the episode was getting back to Gojo being overwhelmed by this girl. There were fewer distractions without the two sisters being involved here. The show has to walk the line between being incredibly cute and just waiting for these characters to make a move to confess. Both of them should know how they feel at this point. Gojo reacting to Marin the way he does allows things to not progress too far.

But this episode really did take it as far as it could go. They were practically ready to get swept up in their emotions in the middle of that room. The call stopped them from going any further. But neither is going to forget how close that got. If someone wants to take things to the next level and admit their feelings to the other then this would be a good spark for that. It is tough to take things any further without a confession. They were sitting in the dark, Marin on top of him, in close proximity, and to say their bodies were ready for something to happen is an understatement. 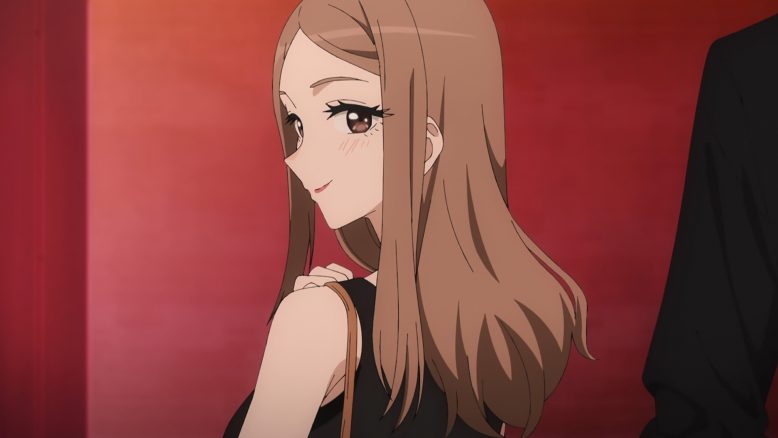 She’s got to be important. Right?

The story could do something with the woman that saw them leaving the love hotel. That she had lines would possibly hint at that. I suppose she could have simply been a random person there to comment on the idea of high schoolers wanting to experiment. But that felt like a brief character introduction that the show could do more with later. Regardless, it is a good thing that no one saw them that would cause trouble over high school students visiting a place like that. The only other possible issue might be Marin having them take condoms for…financial luck. Maybe if the last episode takes the story back to their school for the first time in a while, then this might lead to something amusing. Having either of them dropping a condom in public could be amusing that’s for sure. But summer vacation is still ongoing here. 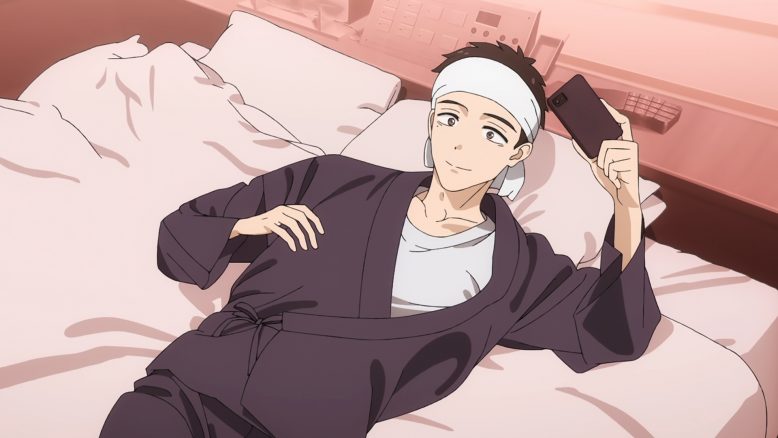 Something about this had me laughing it up for a moment.

In some ways there isn’t too much for me to say about this episode. We got a cute date in the first part and a lot of time spent in the love hotel for the remainder of the episode. It had cute moments like Marin not being confident that she could pull off the half twin-tail hair style. But there wasn’t any true problem there. Just a rare and cute moment of her lacking confidence in herself. It definitely feels like the two of them might be a bit awkward when they meet next. Marin is a bubbling source of energy and even her falling in love is very cute. But even she might struggle a bit with how far things went this time. It makes me wonder what note this show is going to end on. I’m looking forward to seeing what they do here.