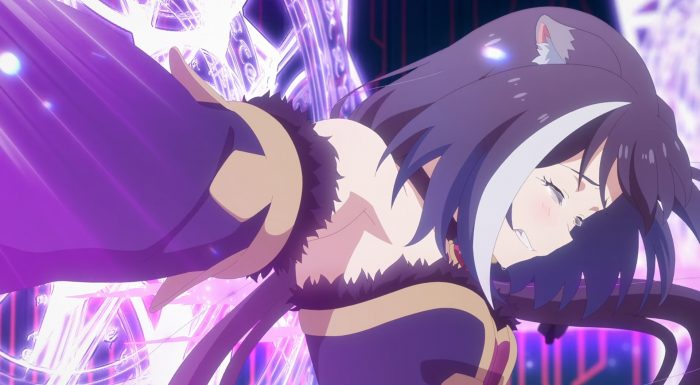 The last few episodes of this season are going to be extremely good. This episode gave me total confidence in that. It isn’t accurate to say the show is building up to a big finale since we’re already in that big finale. In this episode Kaiser: unleashed an army of shadows, trapped populace within the city, and is using Karyl as a puppet to massacre the people to gather souls. The gloves are off at this point. That she’s still sitting and letting others fight her battles for her is the only kind of restraint that we’ve seen from this psychopath. Now that she’s secured Labyrista’s powers…she’s not even pretending to be a legitimate ruler. It shows both how much she desired Labyrista’s powers and how worrie she was about open aggression while Labyrista was still a free piece on the chessboard. 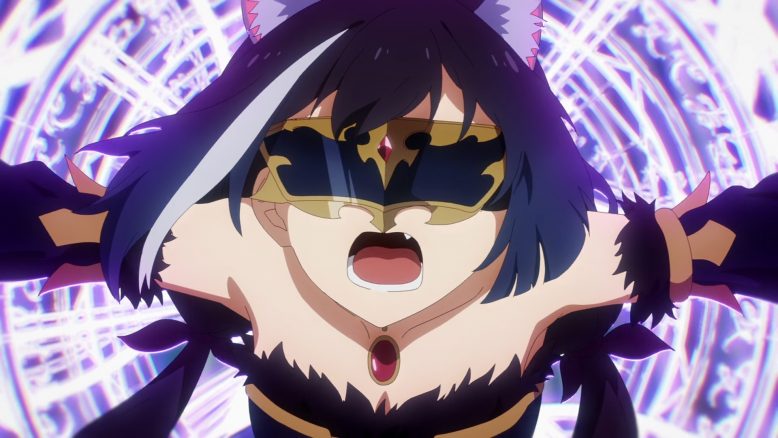 This episode was another painful one for Karyl

Karyl is having an absolutely horrible time. Seeing someone stabbed in front of her after being used as a human shield was arguably not the worst thing she’s had to deal with. Now it isn’t completely clear how much free will she had until she really started to resist at the end. I’d like to say that she was mostly being controlled. With her face concealed by the mask it is hard to fully read her emotions. She sounded very calm and collected most of the time. But she could have been falling apart underneath the mask. Were those strings always controlling her? Not literally since she seemed to have a good range of motion at the time. But it could have been channeling some sort of control over Karyl through the strings that were still loose and invisible in the moment. I honestly don’t know.

There’s no doubt that Karyl couldn’t easily break away on her own. We don’t know for sure how much magical influence was exerted on Karyl. Heck memory manipulation is Kaiser’s thing. She could have conjured up the most emotional and beautiful bond in history to keep Karyl tied down without even doing any of it. But regardless, Karyl couldn’t easily leave. It’s a flaw and a weakness. But people can be weak. It’s good when they can immediately step away from people they love doing horrible things. But sometimes people endure and hope for the best. These episodes have proven though that it’ll never happen. Kaiser is a monster and any hope that she’ll get better is a delusion. Karyl was ready to embrace death if only to stop the horrors. Thankfully it isn’t going to come to that. Pecorine will do what she can along with Yuuki and Kokkoro. 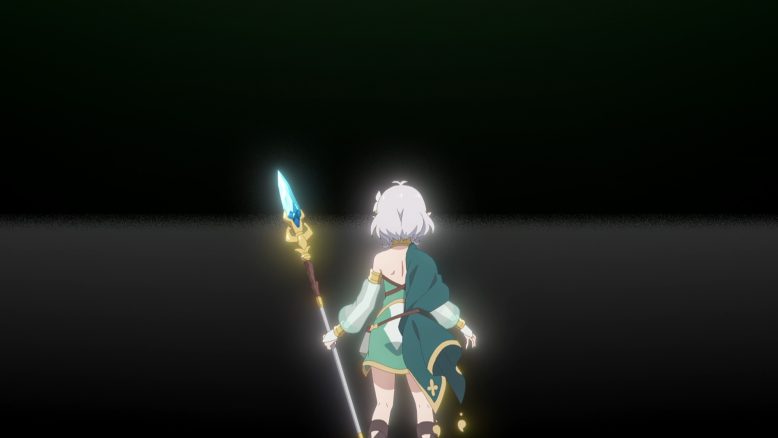 I don’t know what is going on here, but I’m worried

Might as well speak of Kokkoro and Yuuki for a bit. They weren’t the stars of this episode. But they are definitely going to be important. What happened to Kokkoro for a moment there? With Yuuki it isn’t a shock that his mind could be affected or weird stuff could happen. But Kokkoro hasn’t shown signs of that. But suddenly she was lost in a dark void. Something is up there, but I have no idea what it is. I don’t think Ameth was trying to contact her since that was a bit too bleak for that. It wasn’t like the shadows attacked her either since she was in the clear. But…something happened. I’m worried, but I’m also kind of relieved since I haven’t been sure what they’d do with Kokkoro. You don’t want bad things to happen, but you don’t want her missing out either.

Yuuki is a bit easier to process, though it is worrying. He just fell apart there. There are a few things I can think of. If Yuuki was Labyrista’s Princess Knight then her being…in whatever state she’s in could be affecting his power. Kasier imposed a Princess Knight ability onto Karyl, so there is a logic to it. It could also reflect Yuuki being in a bad state and a reason why Labyrista made the dangerous gamble she did last week. I’m sure he’ll have a conversation with Ameth and pick himself up somehow. 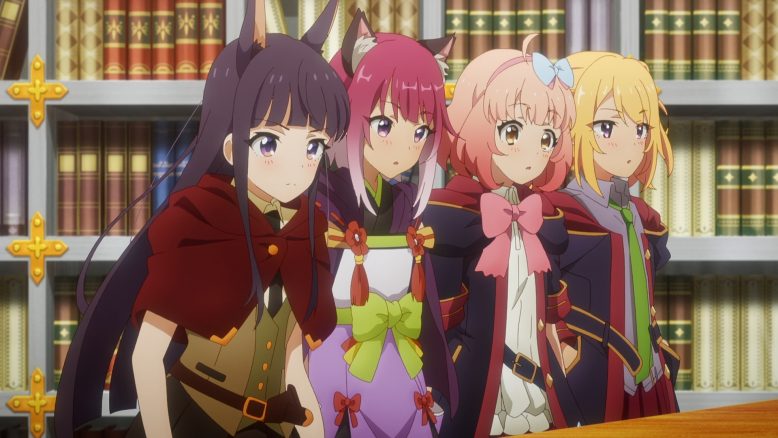 It is fair to say a lot of characters appear in this show only to not appear again for a long time. It’s a huge supporting cast that they are juggling. But this episode showed the value of both keeping the main cast in the focus and still including those characters. Yuni’s episode wasn’t necessarily my favourite of the season. But that episode combined with the episodes focused on Kasumi were hugely valuable. It allowed Kasumi to go digging in Landsol Castle for clues without us wondering both why she was doing it and who she was in the first place. This isn’t a job that could be given to Kokkoro or something. And honestly Yuni and Kasumi coming together thanks to Kokkoro’s letter episode triggered things from there.

Yuni was the perfect choice to both research things and to reveal the truth. The information was all there to both realize that something was wrong with this country and that the real princess had been forgotten for some reason. And she could also get the whole country in on this. While this isn’t the best time for that country, it is the best time to drop the truth like this. People are going to be pretty accepting of the idea that the ruler they believed in was an imposter. Even though for them that was the truth and they could remember that it was the truth. Being attacked by monsters and having a fake Eustiana telling someone to murder them…is a good motivator for change! 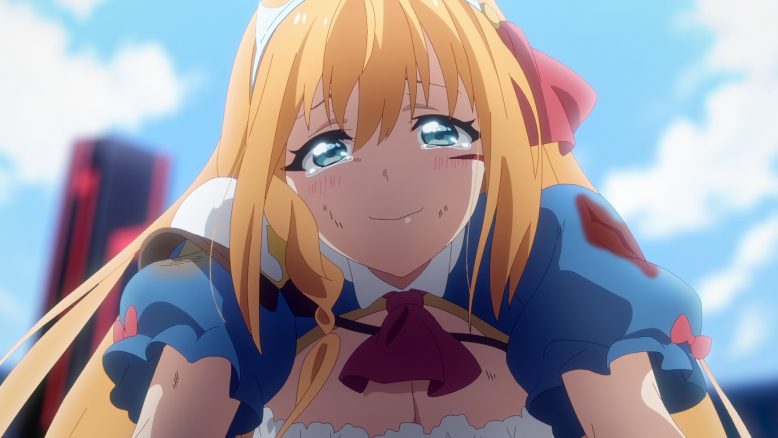 Peco is trying so hard to reach out

Pecorine continues to be the absolute star of this whole thing. She took the fight to Kaiser and tried to get Karyl back on side. It’s a tough situation. There’s no way she can harm Karyl. That goes against everything inside of her. But Karyl was naturally strong and seemingly boosted to a level that Pecorine couldn’t bypass her. Heck, Kaiser is probably way too strong to take on 1v1 anyways. But there was no way she could even get a hit in while Karyl was impeding her. So she tried desperately to both get through to her and to try and listen. Pecorine was saved in so many ways by her comrades. She doesn’t want to just impose her feelings, but to also listen to Karyl. Even if it meant taking painful hits along the way.

Now that Karyl has asked for help, it is a lot simpler. The situation is still very bad. But at lest Pecorine knows what she wants to do and has to do. Karyl needs her and she’ll give everything to save her. It just isn’t going to be easy. Hopefully Yuuki and Kokkoro can get into the action soon since they’ll need them and a lot more to get the job done here. But if nothing else Pecorine got to put on a show in this episode. She’s an awesome character even if I like a couple characters more. I’m sure she’s going to unleash one heck of a Princess Strike before this show is over though. 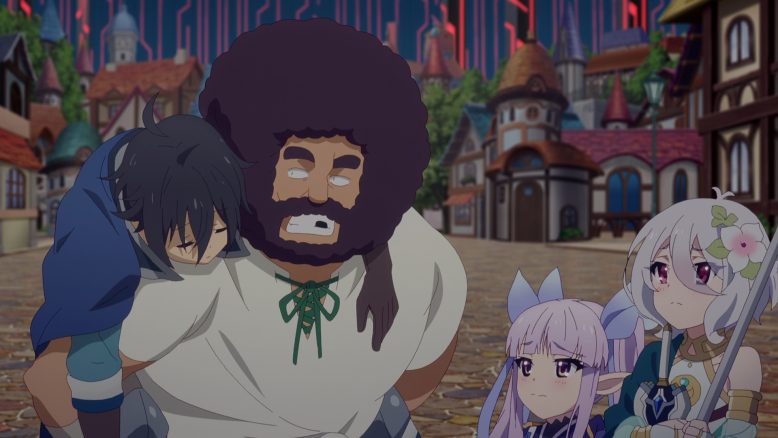 I also want to give some credit to the supporting cast that aren’t major fighters. Let’s give some love to Ikkachi, Yasuko, and Charlie. This bunch and others came to back up Kokkoro when she was in a pinch trying to protect an unconscious Yuuki. I particularly loved at one point seeing Charlie beating up a shadow with a broom. Should that be possible? Probably not. But I love it! It really helps remind me that people are living in this world. It isn’t just about the main characters. The characters we see and don’t see are all living their lives. I’d love to see more of certain characters. But I’m happy that everyone gets as much time to shine as they can with the screen time available. 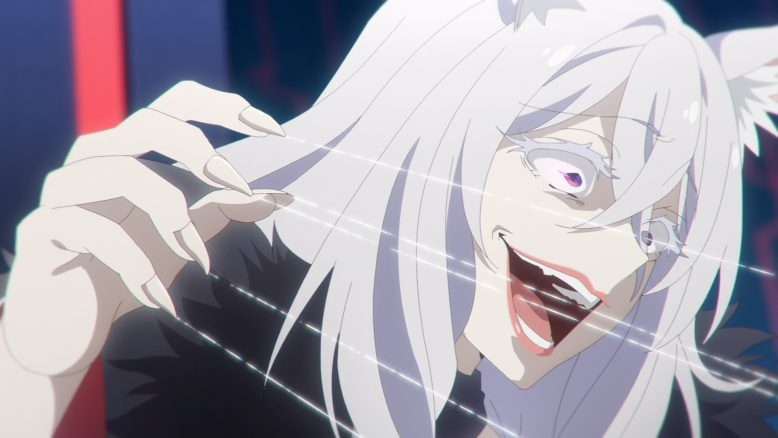 Someone please end this person!

Absolutely ready for these last episodes! They are going to be outstanding. And I can at least tell myself that Labyrista is alive for the time being. I don’t think her powers could be used via a dead body. Not that I know for sure that they couldn’t. But I choose to be positive since it brings me comfort. Of course I hope they make the best use of the cast as they can. This is a very personal fight for Pecorine. But Yuuki has clearly been living, dying, and losing his memory for a long time too. He deserves to get chances to shine here. I think it’s fair to have Pecorine play a pivotal role in saving Karyl, but for Yuuki to get to shine against Kaiser. We will see how that prediction turns out.