News dropped on Twitter and on the Discotek Day livestream that Symphogear GX would receive a Blu-ray release in the West. The news dropped along with other exciting announcements. There was no official release date given outside of the release coming later in 2022. 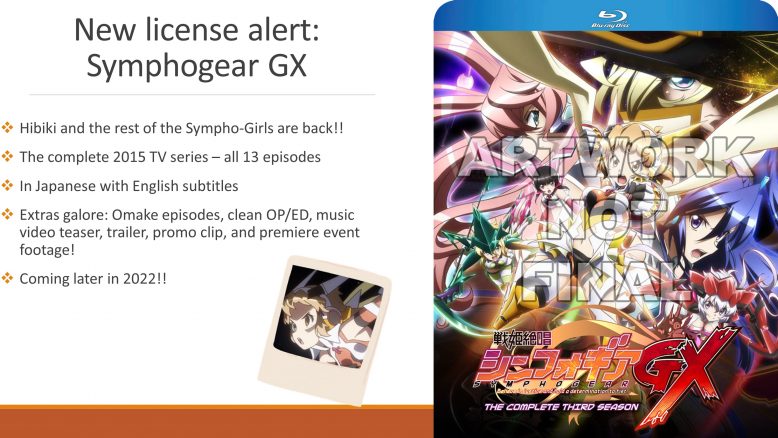 This news has been anticipated for about a year now. The second season of Symphogear received a western release in January of 2021. Much like the previous two seasons, the GX release looks to be packed with extra features. A legitimate strength of Discotek releases have been how much content fans get and that looks to continue with GX. 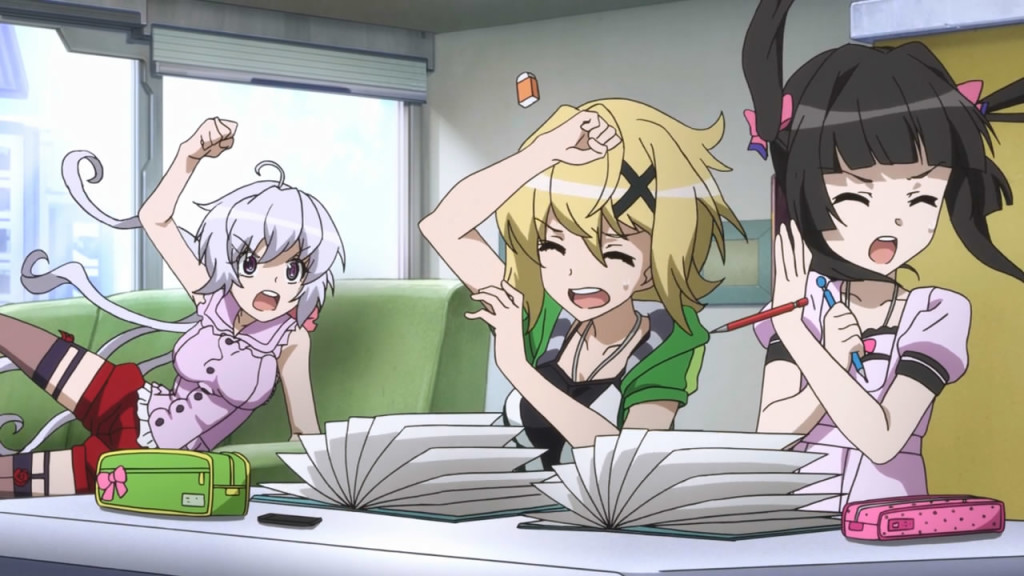 It wasn’t a question of if GX would also receive the same treatment, but a matter of when. This news of course does not mention either Symphogear AXZ or XV. I’m sure those seasons will get their turn eventually. But Discotek is unlikely to announce them until they are months away from release. Whether it will be a short wait like it was from season 1 to G or a longer wait such as between G and GX remains to be seen. I’m still absolutely excited though. Symphogear GX is a season that has more mixed reactions than any other for the franchise. But it remains a season I truly enjoyed with easily my favourite villain of the series. That I’ll finally have the chance to enjoy this show on a Blu-ray disc that I own will be extremely satisfying. Hopefully there is news soon about an exact release date. But it is a relief to know it is coming out this year.