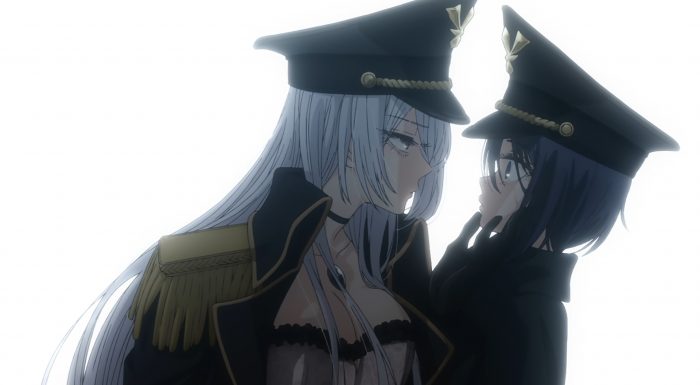 I am glad this episode gave quite a bit of time to that cosplay session. Part of me was worried they’d rush right past it to get to the next cosplay. Although I was thus surprised that this episode actually ended with that new cosplay quickly completed. I’m not even sure that we’ll actually see Marin wearing it since Gojo himself refused to be around for her to wear it XD. But the positive thing is that we did get plenty of time for Marin, Shinju, and Juju to enjoy their cosplay photo session. Considering the time spent to get to this point, it would have been a shame to miss out on that. 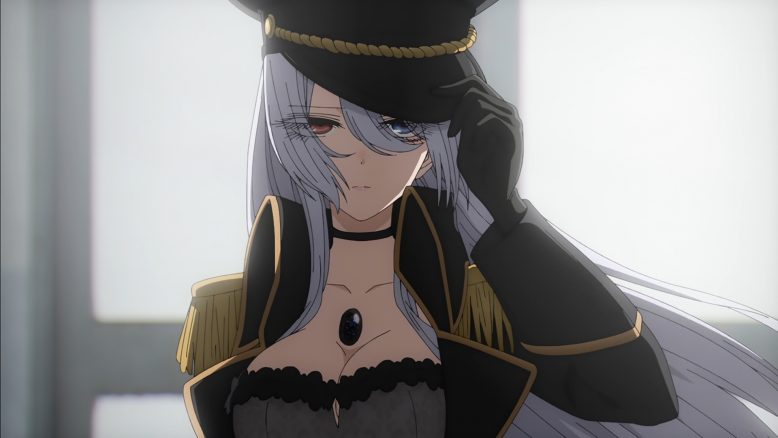 When Marin is in the zone, she’s amazing

There’s no doubt that Juju and Marin stole that part of the episode. Poor Shinju suffered some technical malfunctions. At least she also got to take part before the B holder reached its limit. The other two had a bit more time for their cosplay so they didn’t run into huge issues there. Instead, both girls really got to shine here. The only issue came from Marin struggling to handle a cosplay session with Juju. I can understand it being a bit overwhelming for her. But it is a bit of a shame since if she had held her expression then it would have been a really strong moment there. With Juju legitimately unsettled by the location of the photo session it put her in the right mental state to be taken in by Marin’s presence. But it did lead to a bemused smile from Juju so that’s ok. 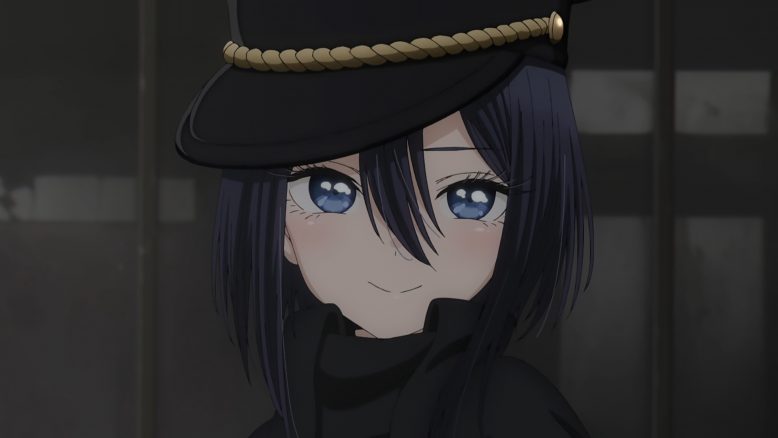 Honestly the only thing that isn’t really working for me is the show committing to Juju falling for Gojo. It is a believable development so that’s fine. His cosplay making really grabbed her, the physical contact, the ‘oops’ exposure, and him helping her sister is all legitimate things that can build up to that. But I feel like it’s a pretty pointless move. At this moment there’s no making this a love triangle. Gojo is extremely into Marin. Marin is extremely into Gojo. Throwing Juju falling for Gojo feels as if it doesn’t do anything at this stage. It is like she lost the war before her country was even formed.

Beyond making Juju feel bad later is there anything the story can do with this development? The only chance she has is Gojo somehow convincing himself that Marin really doesn’t like him and things are hopeless there. And while his confidence isn’t extremely high, that feels a bit tough to pull off. The biggest thing that has gone for Juju is that she helped him feel the way he made his grandfather feel when seeing Hina Dolls for the first time. I don’t know. There are just times I think love triangles can really work. But this feels like a harem when the end girl is beyond clear. Beyond some ship teasing there isn’t much to do there. 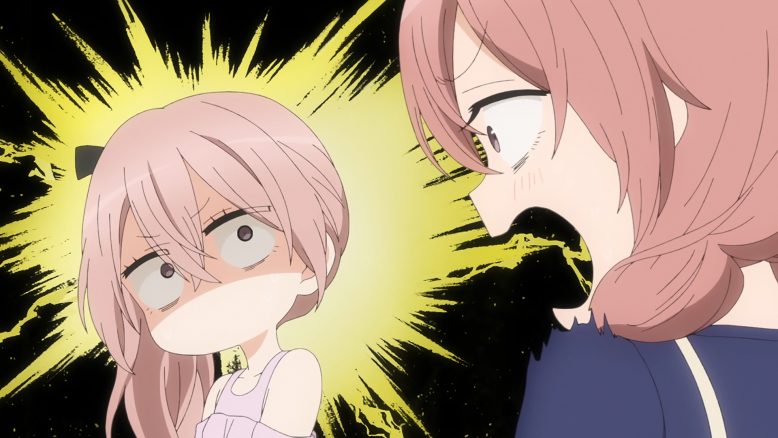 Wouldn’t be the same without them

I do still really like the addition of Juju and her sister. They add a lot to the cast on several levels. There is just the technical aspect since Juju has a lot more knowledge about cosplay than Marin and her sister has a lot of knowledge about photography. And both of them bring different personalities to the mix. Juju’s road towards cosplay had a pretty emotional element to it. She knew that becoming a magical girl was impossible. So, she found a path to get as close to that dream as possible. The passion Sajuna has for cosplay is as strong as what drew Gojo too Hina Dolls in the first place. Shinju as well can mirror Gojo to a degree in struggling to open up about her desire to cosplay. By helping her, Gojo was able to give the same gift to someone that Marin gave to him.

It just wouldn’t have been as enjoyable to have the show without them. Even if Gojo and Marin could come across the same knowledge on their own, it means more to have it come from other people. The bonds of friendship forming just adds to all the characters. Even if I don’t love pushing Juju’s feelings in the direction they are going, it is still fine. The gain of having her and Shinju in the cast is worth any issues that don’t quite work for me. It may be weird to say, but I did still enjoy seeing Marin getting jealous. Especially since her jealousy was focused on the sister that isn’t a rival here. She completely zeroed in on Shinju spending time alone with Gojo despite Juju being left alone with him a few times. But I suppose her idolizing Juju influenced her viewpoint here. 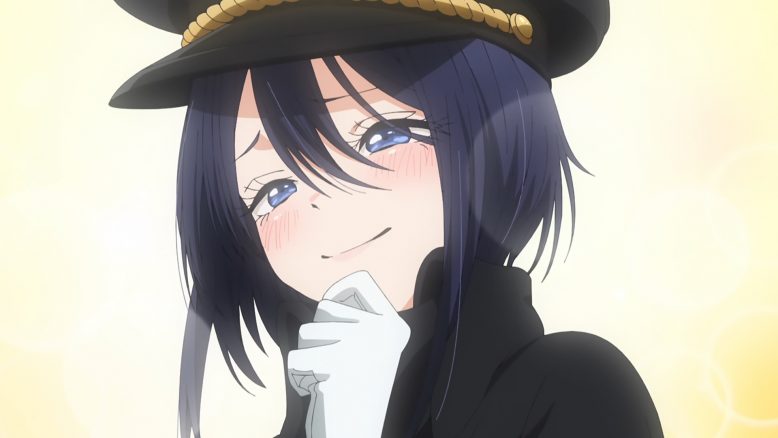 So many good moments in this episode

Fair enough that Juju felt a bit down over not realizing how much her sister wanted to cosplay. It can be tough realizing you don’t know someone close to you as well as you presumed. Although it really isn’t something she should blame herself over. No question that Shinju didn’t want her sister to know. It all worked out with Gojo just being the right person to help out in this case. Good on her though for making things fair and covering Gojo for extra costs that Shinju couldn’t cover herself and didn’t think to cover.

The end result was Shinju ending up really happy and that’s a win in itself. And now Shinju is comfortable enough to speak up about her desires. It was also a good thing that she realizes how her older sister has her own insecurities and feelings of envy. Juju can’t pull off some cosplay to the level she’d like and her standards won’t let her try. At least these two are closer than before. And they can look forward to more cosplay together. Although that might have to wait until Shinju is old enough to take on part-time jobs to cover the costs. 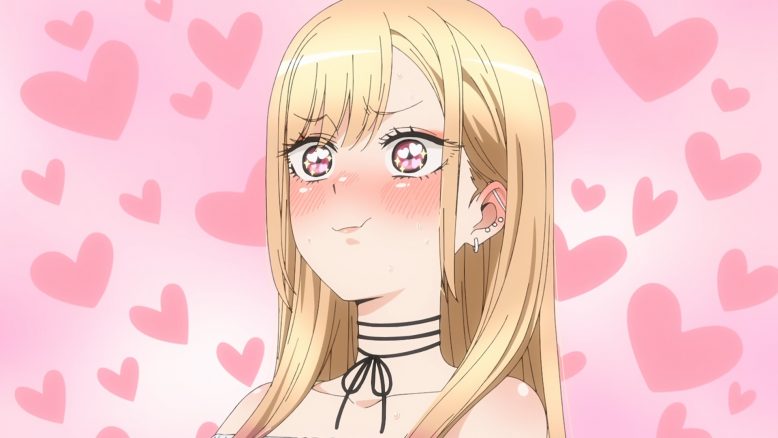 The little date between Gojo and Marin was cute. I definitely loved how her serious face wasn’t about her being appalled at Gojo in those outfits. Instead, she really is the ‘love is blind’ type where everything looks good on Gojo. In that sense she’s the absolute worst person to help him pick out clothing. It is extremely cute though. Her feelings are practically overflowing. While confessing her feelings is tough, I’m a bit amazed she hasn’t just given in and done it already. She can barely help talking to herself strangely when losing it over the idea of having a paired outfit with Gojo. I’m fine with that being held up though since her internal monologues are so much fun. 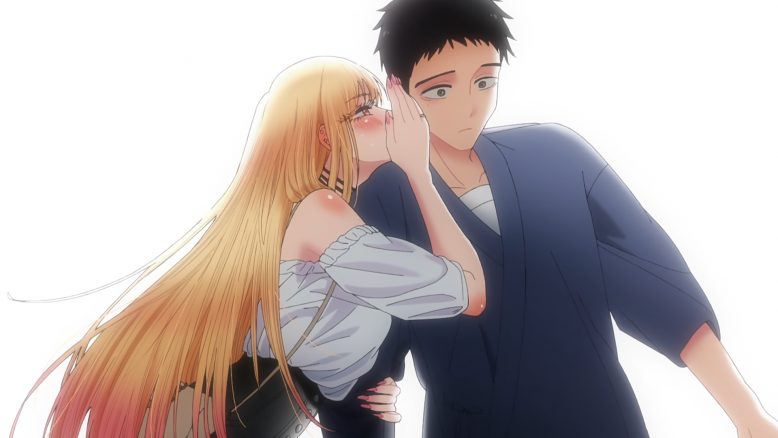 I love that this cosplay was too much for Gojo to handle. They were set to make the cosplay work, but realities are hard to handle. That outfit really doesn’t cover much and being in the same room as Marin wearing that would be more than he could handle right now. Gojo isn’t a completely pure individual. But I don’t think that’s a cosplay she can wear around him until they start dating XD. And even if she teased him about sending pictures…I think she should probably hold up on that until they are going out too.

Fair enough for Marin to tease him a bit there. He did give her an absolute fright with saying that he couldn’t help her with this cosplay. For her that had to sound like a breakup line. Considering how hard she’s fallen for him that would really throw her for a loop. I can’t say the next cosplay (according to the OP) is overly conservative either. But at least it does technically have more fabric than this one. 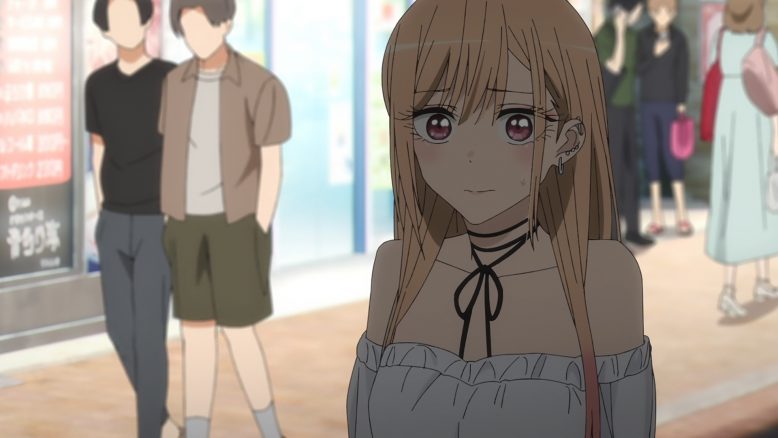 She was shocked to her core here

This was just a really solid episode. The approach with Juju’s feelings didn’t exactly land for me. But just about everything else in the episode was incredibly well done. We’re set to head into the last bit of cosplay before this series wraps up and we got a lot of great character moments. I hope the sisters do appear in the final part of the show since they were such a nice addition. But you never know. At the very least I’m curious to see what the focus will be for the last part of this season. Will we finally get back to the girl who insulted Gojo in that flashback? I feel that that would make sense as a moment to end this season on. But this is an adaptation. They shouldn’t force things into the story unless it makes sense. Let’s see how this goes!