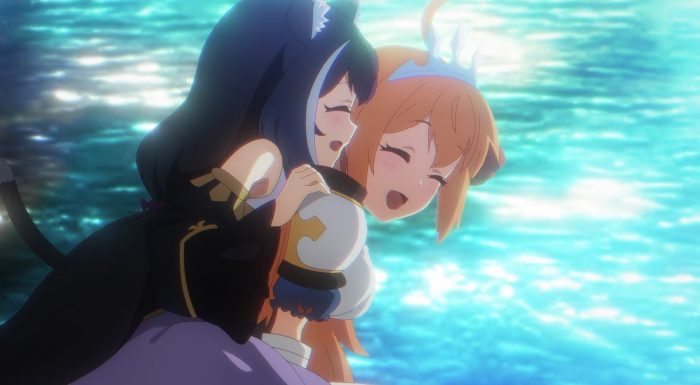 This episode was a combination of pure fun and clear setting up for what is coming. The points of incoming drama and potential tragedy are pretty well defined here. While the show has pushed Pecorine and Karyl close together, there’s no doubt that this episode took it to another level. The same goes for the setup with Yuuki. This season has really delved into his lost memories and it is clear something big is coming. And it should all revolve around the trio of characters that have been suspiciously absent from the present day of the anime to this point. There is just a lot going on in this episode when it comes to setting up a season finale. It was a riot at times, but also leaves me a bit uneasy. 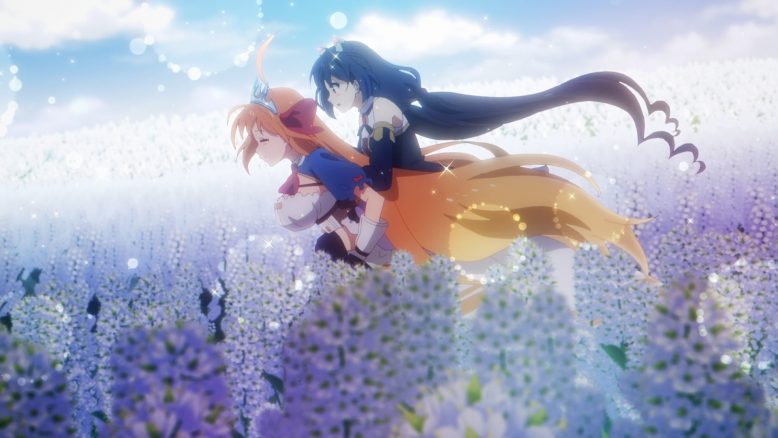 The upcoming drama is going to hurt

Having Karyl and Pecorine travel to check on the seal alone was plenty. But they had a lot of good shots of them together and really pushed how much they do care about each other. Karyl doesn’t want to hold everyone back and you can feel her fears of what could happen. She knows this can’t go on forever. That she can’t keep playing both sides and have no one get hurt. Especially when one side of this conflict very much wants to torment and hurt the other. There’s just no way she can keep doing it. Especially since she does know Pecorine’s story and nearly blurted out the word “princess” in this episode.

The setup is clear. But it is going to hurt all the same whenever the bottom drops out from under these two. Karyl’s spying and connection to the person that tormented Pecorine is going to hammer them. I don’t see Pecorine being angry at Karyl. At most I see her just being hurt by the deception. But I think the big issue is that Karyl will be devastated. The shame and guilt she feels over spying on people that are as close to her as anyone is already eating at her. And who knows how exactly this is going to be revealed. It might be in a way that is worse than even I can imagine. Things will work out in the end, but it is going to be rough. 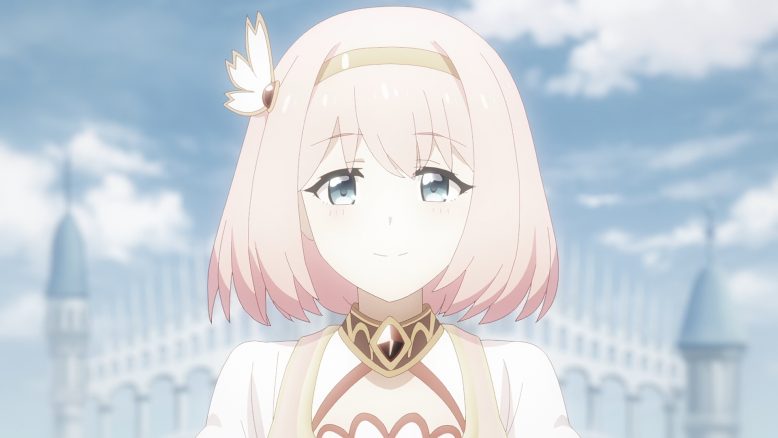 Despite even being there when Yuuki was on death’s door in the earlier flashback, that mystery trio still haven’t shown up yet. I don’t know if they are just saving them for a big moment or if their absence itself is going to become very significant. The big question for me is “why”. Why haven’t they showed up? When Yuuki reset he met the Gourmet Guild again alongside the Labyrinth girls. Everyone in that flashback where Yuuki nearly died protecting Pecorine has reappeared. All except those girls. There is the fairy, but she could/should have a connection to Ameth. She was shown a few times in brief flashes and Ameth herself talked about having traveled with Yuuki and others in the past. So, the odds feel good there.

But where are those three? There are only a few ways I can look at this. Either they are being saved for a dramatic reveal or…they aren’t there for some reason. I look at the Neneka situation as an example. For whatever reason powerful souls and individuals are being gathered by the fake Eustiana. So, it is possible those three were already captured. I can’t see them just popping up normally at this stage. Not after all the time they’ve spent building up this mystery. The darker thought is that something has happened to them and they aren’t coming back. I don’t think the show would go there. But it is hard to be 100% sure of anything. Yuuki had a strong connection to this group and for whatever reason hasn’t been allowed to see them again yet. 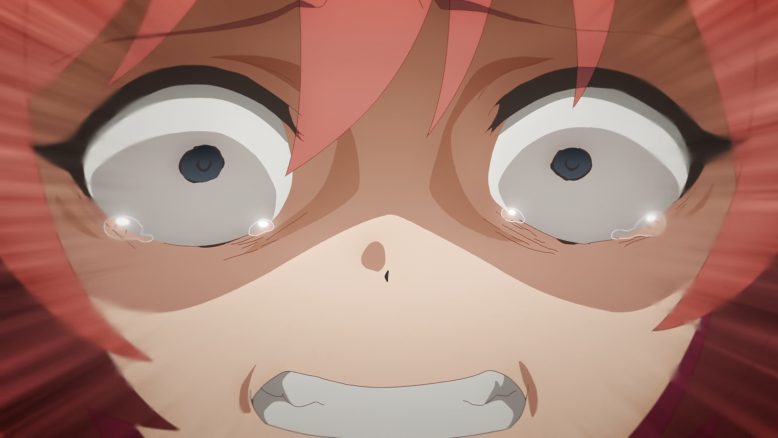 Of course, there was more to this episode than just the pure setup for the season finale. Chika’s whole situation in this episode was a ride. The episode opened up pretty dark with her being chased and having her memories slowly replaced/erased. And that continued with her utterly forgetting who she was, getting possessed, and reduced to even more of a child than Yuuki has been in the show. I feel for her since she was just trying to help Yuuki out with his memory situation. It was an act of kindness for someone she knew only a bit. Unfortunately, the spirit she was looking into was pretty malicious. It used Pukichi’s body as a hiding spot while it watched everyone dancing on strings. The manager turned into a baby, Chika into a beast at times, Kurumi’s whole situation and Pukichi inside of Chika. 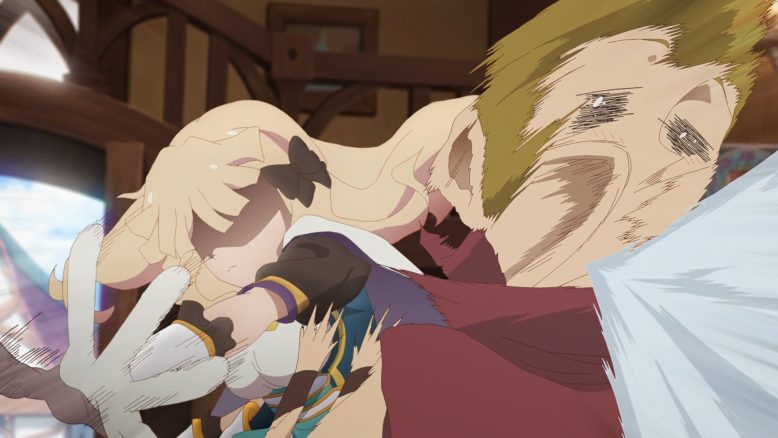 Kurumi deserves a whole extra focus thanks to this episode. She goes from a very sweet and shy character to just going slap happy in this episode XD. The girl basically being given the memories and role of a mistress. The man she was cheating with having refused to leave his wife and she was having a fit over it. That alone would be pretty amusing, but Kurumi being a kid adds an extra level of punch to it. A punch that was followed up with even Saren getting back into this show after the first season and delivering one heck of a slap. The best part is that he was acting up so much over Chika and Nozomi being there that I didn’t feel bad about him taking those hits. He wasn’t exactly walking into it, but it kind of fit. And he was enjoying himself.

Credit to Ayane who did realize where Pukichi was while freaking out over Pukichi’s situation. The whole spirit possessing a weapon/toy/thing was itself interesting, but I was proud of this girl not completely falling apart. Plus, good on her and Kurumi for originally trying to help Saren out. They are being taken care of her at that orphanage and just wanted to give back a bit. Of course, upsetting a whole swarm of bees wasn’t the best plan. So, they might want to improve their planning a bit more going into the future. Speaking of Saren, I was left wondering just what kind of books Saren is reading on her personal time. Considering how the memories of reading that overwrote Kurumi’s personality in such a way, it must have been quite the book. 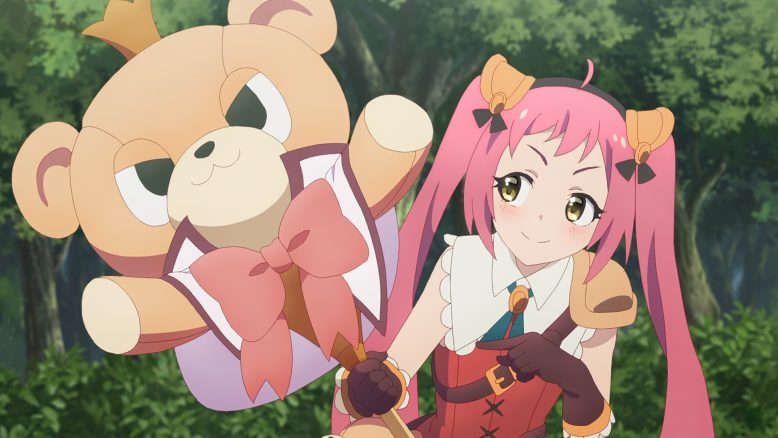 Good moments for these two

This episode was both fun and great setup. I’ll be curious to see how Yuuki’s attitude might change heading into the finale. He seemed a bit off when setting everyone up to defeat Foggy. It makes sense that he was impacted by seeing such vivid memories like that. I’m also a bit worried how Kokkoro might feel about things. She’s kind of left in a reactionary position right now. Karyl and Pecorine have secrets ready to blow up. Yuuki himself is dealing with quite a bit. While Kokkoro just wants to support Yuuki and cares deeply about her friends. I just feel like she might be the one most hurt by everything going on. Especially if Yuuki grows a bit distant while trying to figure things out. But those are issues for another time. This episode was great and I had a fun time thinking about it afterwards.