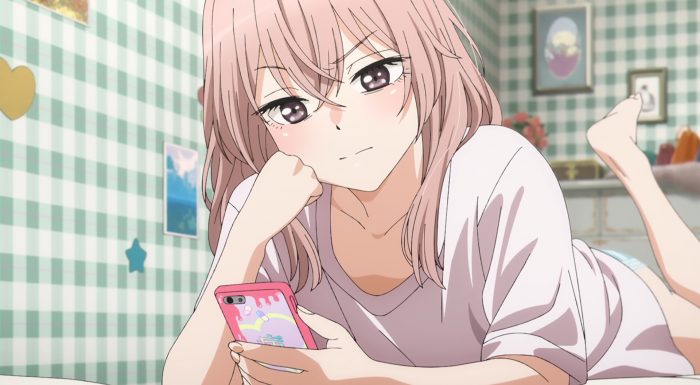 This episode could be summed up with “sorry for misunderstanding you.” The characters often were left feeling this way. And honestly the same goes for me. At points in this episode, I was left feeling as if I owed some characters an apology. It was a good episode that both played into expectations and also surprised me at points. I’m left feeling even better about this show than I was before and it was already in my good books. One of those episodes that just remind you why you’ve been enjoying the show to that point. It wasn’t about fanservice, but that certainly wasn’t a bad element of the episode either. This show kind of gets how fanservice isn’t a negative thing in itself. You can have a good episode and that is just part of the overall package. Not that this episode was too heavy on that. 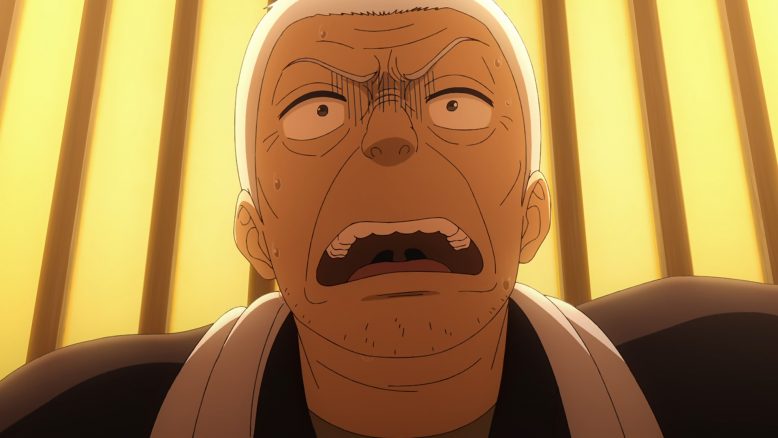 This man has a lot of energy

That Grandpa is going to give himself a heart attack at some point. His over-the-top reactions are hilarious. But he’s already injured himself freaking out over stockings and I’m kind of worried that he won’t survive this show. Which would be a shame since he’s a pretty nice guy. Glad he understood the situation once he saw the cosplay outfit and was pretty welcoming. While I’m sure Marin will survive the way she’s living…it was a pretty nice offer to suggest she stay for dinner regularly. Having a much better diet would be good for her. Plus, it’s just a win for Marin considering how things are playing out. Though it might be tough on her heart in some ways XD. 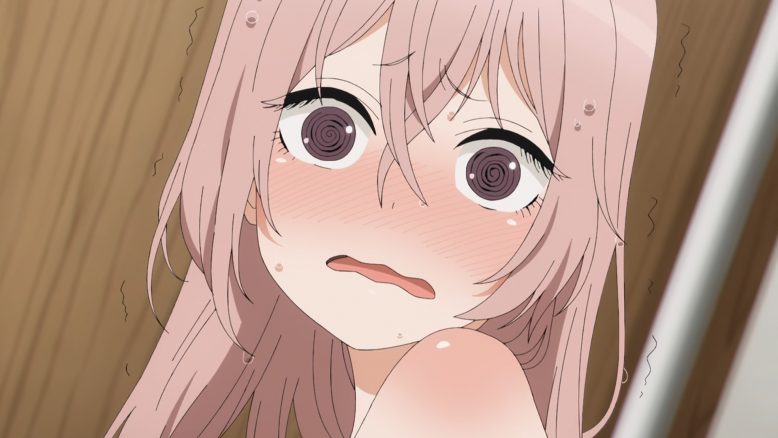 There are so many expectations you can have both with existing characters and new ones. Juju was a character I was fully expecting to be an antagonist. Maybe not evil, but the kind of mean rival character that is there to push the story forward. And certainly, she’s got a strong attitude to her. But Juju was a really good addition to the cast and was really likable. I think the best moment was her honestly appraising how good a person Marin is and her legitimate passion for cosplay. She herself went in with preconceived notions about Marin. But when those were proven incorrect, then she apologized over it. Obviously, Marin didn’t get why, but same went for when Gojo apologized to her about being mistaken over her age.

Honestly, I think she’ll be a good addition to the cast. Gojo and Marin together are a treat. But like with any show there is only so much you can do with two characters. Throwing another cosplayer into the mix allows different interactions and keeps things fresh. Plus, at this point there doesn’t seem to be a risk of her becoming a romantic rival. Now the show could blow that idea up at any time. But honestly, it just felt like they are willing to dodge that. Sure, they had the bathroom incident. I still think the show will avoid taking things too far there. Every character of the opposite sex doesn’t have to be a romantic rival here. 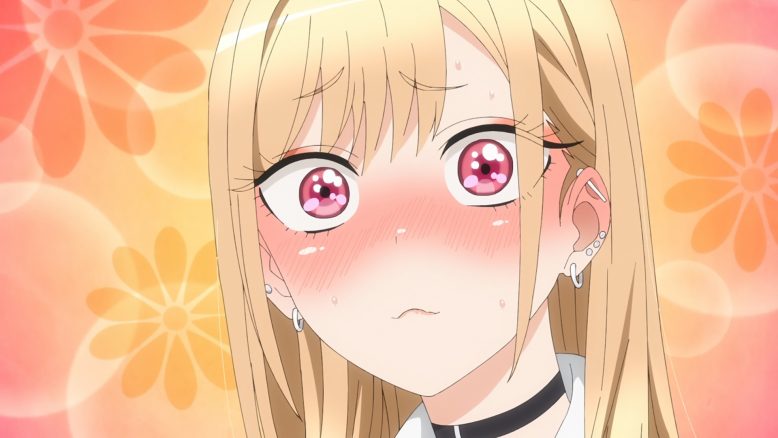 Marin had so many good expressions

The big thing besides Juju was of course Marin wrapping her head around her blossoming feelings. It wasn’t like she was at a total loss and confused about what she was feeling. But it was more just a bubbling energy. She was having a hard time interacting with Gojo while taking in her feelings, but that’s hardly a surprise. It was nice how she wasn’t distant or reacting badly to it. But rather she was just surprised at herself and was riding the wave of those feelings. Not at the point of being able to express that to Gojo though. She’ll need a bit more time before that. Or she might confess next episode. Who knows with this show XD.

It was just fun seeing her so expressive during this episode. Whether it was just her being overwhelmed by the realization, getting giddy over it, or her reaction to more confirmations that Gojo doesn’t have a girlfriend XD. She’s just a very enjoyable and positive source of energy. You don’t always need drama to make for fun scenes. Sometimes just seeing someone fall in love can be great. Nice that there are mutual feelings building up there. But it really may come down to Marin to confess since it might take Gojo longer to wrap his head around his feelings. 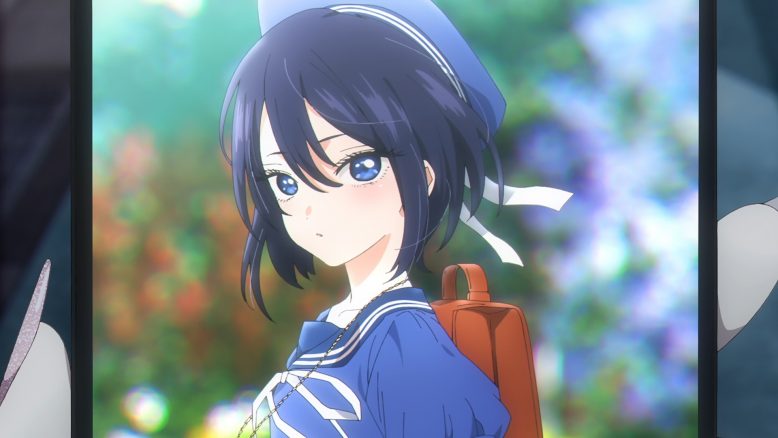 That is some good cosplay

I respect the effort the show puts into the backstories of the source material for the cosplay. We’re not ever going to see more than snap shots. But they do a good job showing enough to get the idea. It doesn’t hurt either that you can more or less see the references so it’s possible to understand these shows. The magical girl genre is pretty well defined at this stage, so it is definitely possible to understand what was going on. There’s definitely a strong precure vibe to it as well. It does leave me looking forward to the eventual cosplay combination of Juju and Marin. 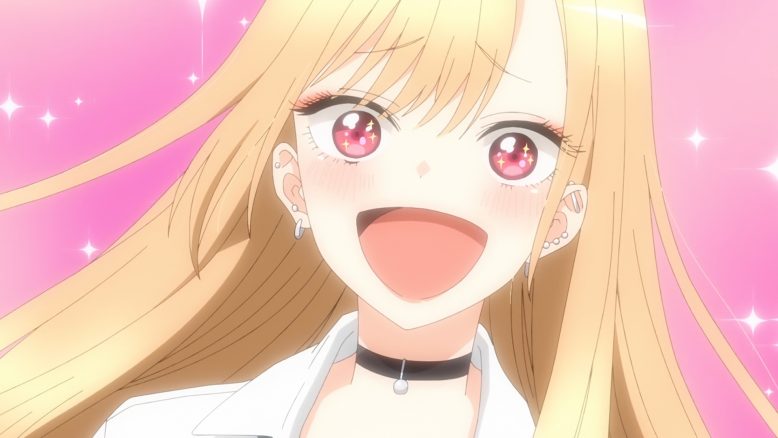 Her smile is worth watching the show for

This was just a really nice episode. I’m kind of excited now that the direction is a bit clearer. There’s a couple cosplay for Gojo to work on this time around. And it’s a good chance to learn from what issues came up with the last one. Honestly it will be good for Juju to have a friend like Marin. Maybe Marin has struggles with maintaining distance, but her passion is absolutely legitimate. I think they could have a lot of fun if Juju lets herself. All of this can go on while Gojo and Marin’s feelings continue to build up. This show isn’t letting me down and I can’t wait for more.