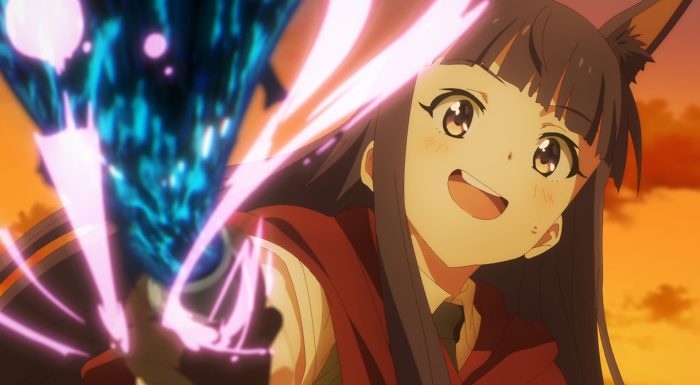 This episode made me feel sympathy for anyone missing out on this series. Absolutely a fantastic episode that was a lot of fun to watch! There is no question that this episode had the best and most ambitious battle sequence of the Princess Connect anime so far. The combination of the Gourmet Guild and Caon teaming up against that army of shadows and the golem was just pure fun to watch.

The whole episode delivered the kind of sequence that you hope for when anything is being adapted to anime. The process of taking something from written text, still images, or even really short animated sequences and turning it into a full-blown spectacle. Now the Princess Connect game has animation. But those sequences are short and it’s hard to touch something as truly epic as what we got here. Just one of those episodes that makes me happy I decided to cover this show. It would have truly been a waste to not gush over this episode. 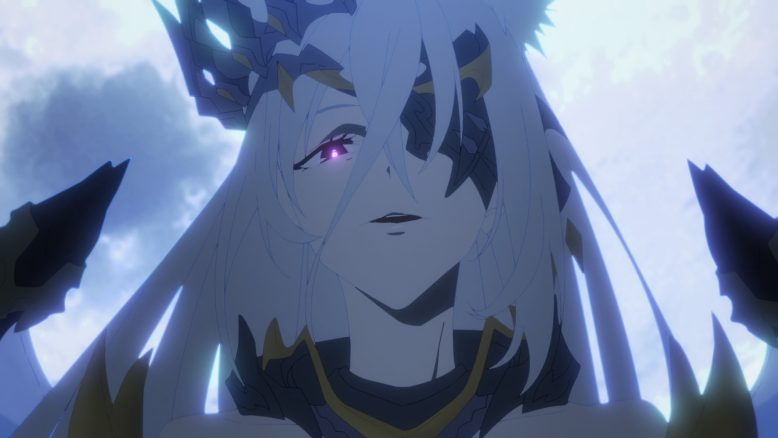 Yep, this person is dangerous.

Last week I didn’t think they did a lot in moving forward the main plot and it was mostly a breather episode. A nice chance to see some characters from the game that didn’t make season 1 and just have a bit of fun. But this episode decided to turn the dial all the way and go fully in on the main plot. It has everything that the main story has going for it. We start off with Yuuki having a dream sequence that is likely a dark memory of his past. And of course, Karyl’s tragic connection to the usurper ruler of the Kingdom comes into play, Pecorine’s lost life is connected, and we even get a figure that mysteriously appeared in season 1 returning while in some serious peril. That’s a lot going on in one episode! 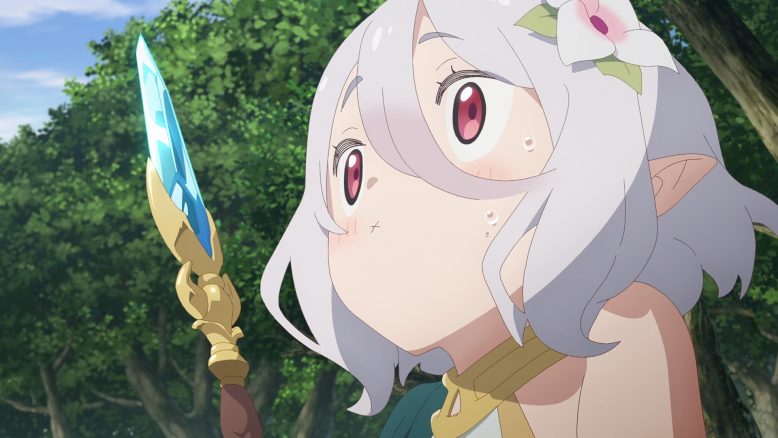 One can say I’m over-hyping this episode, but I really don’t feel like that’s the case. They really went all out with this episode. Both the early fight against the giant monster and the battle against the golem at the end of the episode were visual treats. There was just a lot of fun had with this whole episode. The initial monster attack still maintained that sense of fun. Yuuki getting ready to power everyone up…only to be sent flying by a swipe of the monster’s claw and then caught by a flying monster passing by! Kokkoro gets utter mileage from her surprised face every episode and this was no exception to the rule. 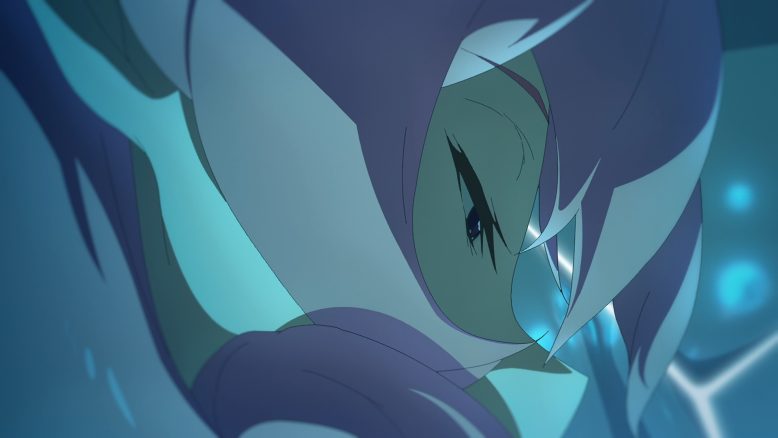 So close to rescue

But there’s no question the fight at the end of the episode took the cake. If someone wanted to make a pun about where the money earned by the Princess Connect mobile game goes…this would be a time to make that joke. Because that whole sequence was fantastic. Effort was clearly visible in making this fight as epic as possible. There are some powerful individuals in both guilds that took part in this fight and that was shown off nicely here. We got a lot of glory in this episode, whether it was Pecorine firing ‘Princess Strike’ beam attacks from a distance of Makoto just doing crazy damage with her own sword strikes.

Things got all the crazier inside the golem as the characters attempted to rescue Metamorregnant from the shadows invading and controlling the golem. And for a moment it seemed like they might actually pull it off. But they just failed to reach her, things spiraled even more out of control, and the whole episode ended with a very tense cliffhanger. People can look at this show and just see the Konosuba similarities and the comedy, but there is a lot more going on than just that. 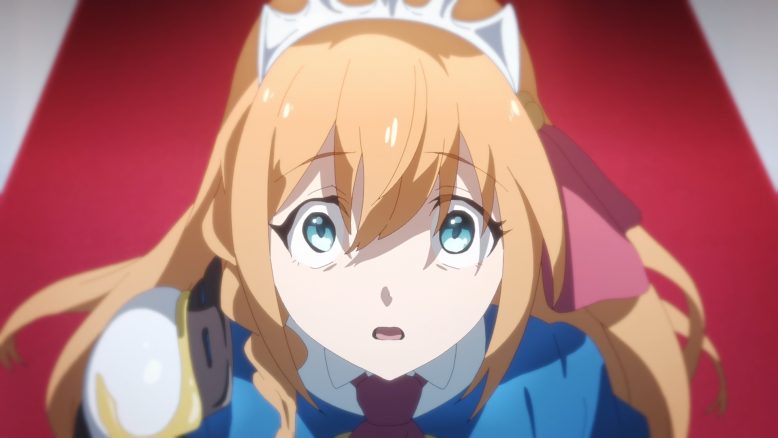 Absolutely afraid for her

The end of the episode was absolutely chilling. I ended up rewatching the first season a few months ago and that only made this episode hit harder. Pecorine lost basically everything. Her very identity was stolen, her connection with her family, her place in the world, and her ability to trust that her bonds would last. It left her under the surface absolutely desperate to try and cement her connections to others so she wouldn’t lose it all again. And now she’s face to face with the monster that did all of this to her. And she’s likely not at 100%. The battle with the golem had to take a lot out of her. I’d suspect the ring activated to bring her to the castle because of how hard she was fighting. Pecorine is up against a terrifying threat and she’s got no one to help her. 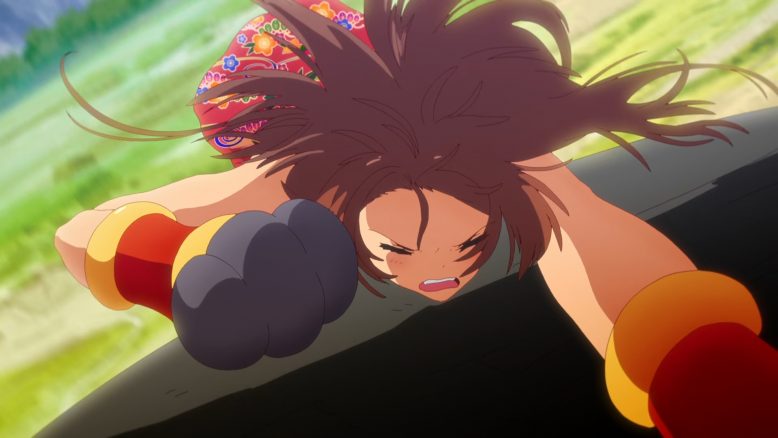 Now this wasn’t a totally bleak episode. The Caon guild made a great first impression. In terms of combat one can deny the excellence of Makoto and Kaori. Those two were doing amazing work and the animation was more than generous in terms of letting them shine. Makoto really saved Yuuki a few times in this episode and was an MVP at various times. Even if Maho wasn’t that involved in this episode, we still got a good look at the kind of person she is. 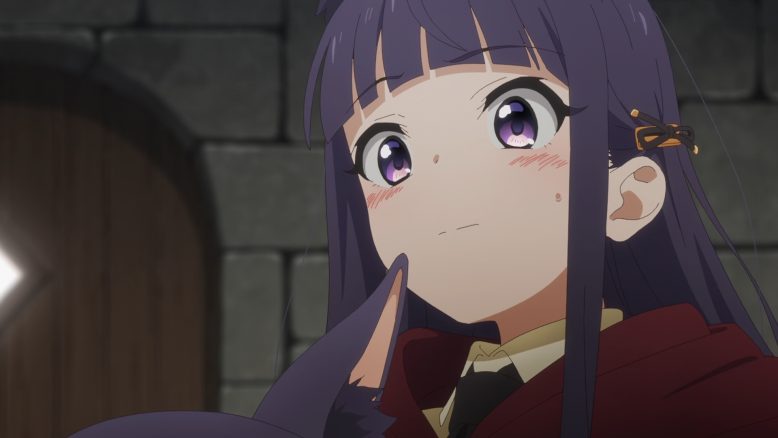 The other big character of the episode was Kasumi. A detective isn’t exactly the type of character you’d expect to appear in a show like this, but she made a great first impression. Definitely a cute character with her getting flustered when being praised or watching her shadow twin getting headpats.

But honestly, she did put in a lot of work in researching the situation, trying to figure out the truth of the shadows (much to Karyl’s discomfort) and providing an important supportive role in all this. Someone had to notice the strange connection between Yuuki’s power and that shadow seemingly becoming more ‘human’ with repeated exposure. It started out being rather blank, but slowly it seemed to gain more personality. Even having reactions that confused Kasumi like it calling Yuuki ‘senpai’. While we know who is behind the shadow attacks, there are still plenty of mysteries surrounding them. I’m sure this shadow will play a role in the next episode, but I’m not sure to what end. 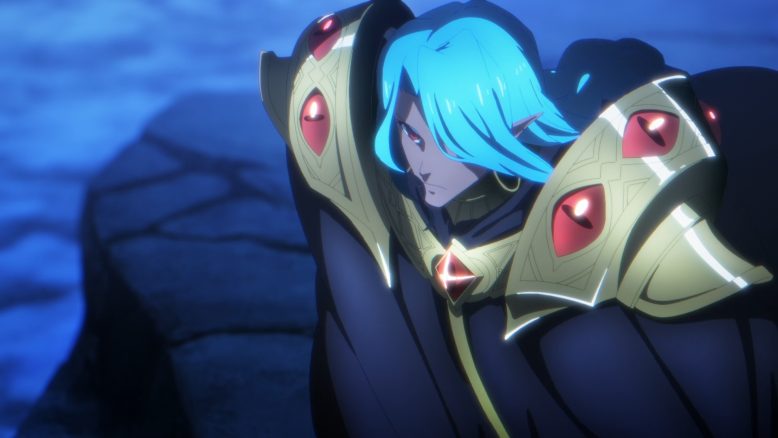 Without a doubt the opening sequence has a lot of intrigue to it as well. We know the individual on the attack is likely the same person who has been tormenting Pecorine. But it has a lot of strange qualities to it. Pecorine herself was there, Yuuki, and a few characters we saw last season like Metamorregnant. I’ve tried to keep any discussion of the game out of these posts because it hasn’t been relevant. The anime story and the game story have been rather distinct and so treating them as separate entities has made the most sense.

But this episode really made me wonder if that is the right way to look at it. Without going into details this scene does bear a resemblance to one in the game itself. And the implications of that are rather interesting to consider. We’ll see how things play out from here though. If there is anything to break down then I’m sure the show itself will draw attention to it anyways. 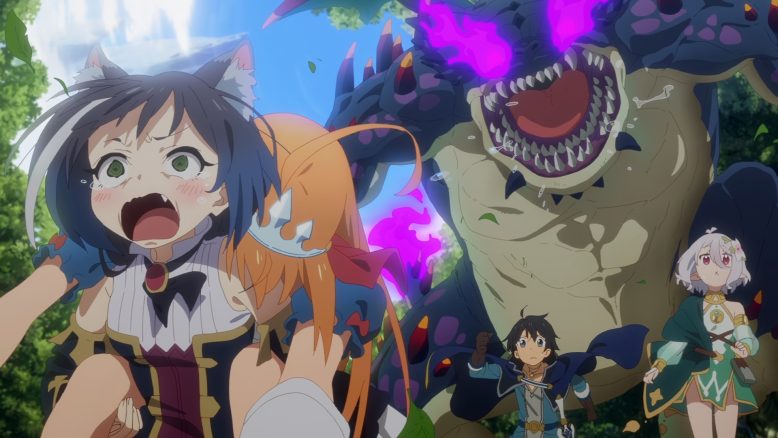 This was a really fantastic episode. The comedy was still strong when it made sense. Karyl telling the Caon members to give up and accept they’d have to eat bugs was pretty amusing with the expressions on the Caon girls’ faces. But when the time was there to get serious it did. And when the show needed to deliver spectacular action, it did that too. This was an episode that simply delivered in each scene. Not all in the same way, but in whatever way the scene wanted to deliver.

It really has me hyped to see the next episode. The situation is actually really bad. Without Pecorine I’m not sure they can handle that golem and I’m not sure Pecorine can handle her situation alone either. And not to mention Karyl could easily break down when she realizes that the ring she happily accepted, just put her friends into great peril. The next episode should be pretty amazing.