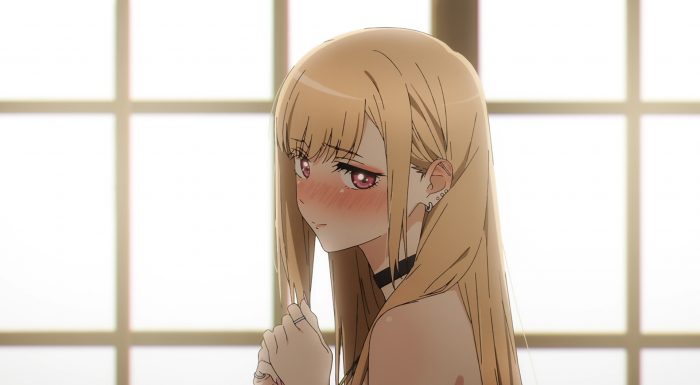 This might be the perfect example of a great episode with only a few different scenes. A fantastic second episode for My Dress-Up Darling. And it really was just Marin getting Gojo to take her measurements. There were a few scenes between and after that moment. But the vast majority of the episode was simply these two in Gojo’s room and getting those measurements written down. Of course, that’s really underselling how enjoyable an episode it was. Sometimes one scene can take up almost a whole episode and be fantastic viewing. And that was the case here. We really got into Gojo’s head and I could sympathize with how he was trying to keep his head from exploding during all this. 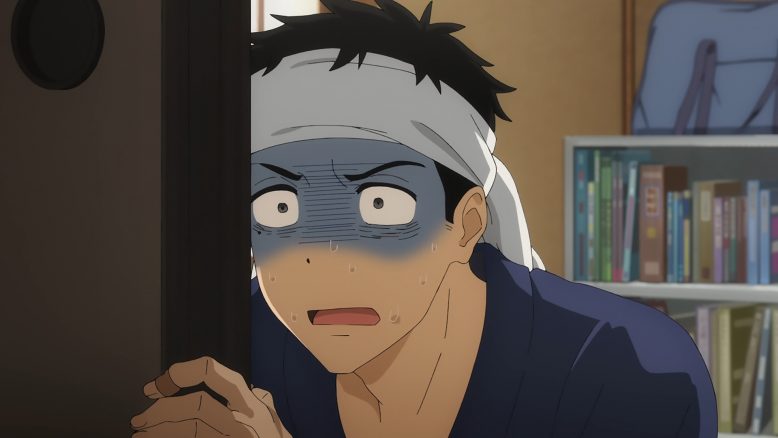 This was a long day

Still, this might be the most intense measurement scene I’ve ever seen in anime. Thanks to Gojo’s understandable nervousness it turned into something akin to major surgery or disabling a bomb. I did appreciate the moments where he did get into work mode. It might have taken days if he was completely stressed out the entire time. Getting into the zone for even a little while let him really get through a large amount of the measuring. It was understandably impossible to stay like that the whole time. Asking the guy to measuring Marin’s bust, feet, and various other locations was a lot to handle. I’m impressed he kept his cool as much as he did. 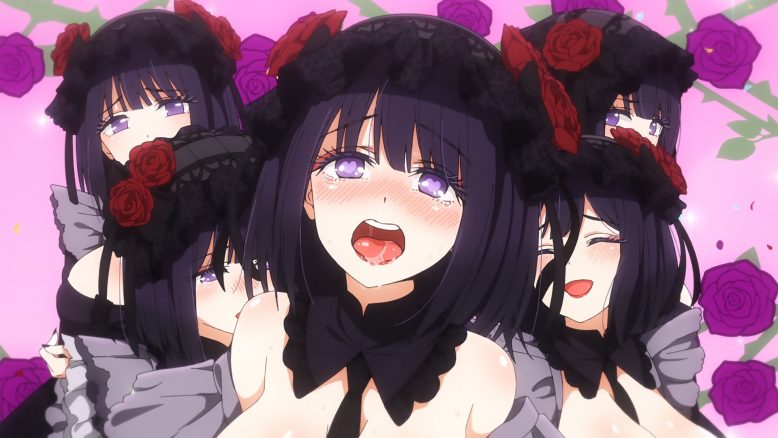 Marin’s love is pure…the game is less so

I’m still glad that Marin had that moment of being embarrassed herself. I’d say that she should have reached that earlier, but it was still appreciated. It isn’t only because she’s got a cute embarrassed expression. But it just makes her more human. No matter how confident she is or determined to cosplay as this character she loves…it’s still a lot of up-close measuring from a guy her age in his bedroom. And it is measuring a few pretty areas that would be at least a little embarrassing to have measured in that situation. But it had to happen. She wanted to do this right and vague guessing wouldn’t lead to an ideal result.

There’s no questioning her passion though. That earlier scene of her going in detail about her history with that game was pretty great. You can certainly see how Shizuku grew on her. That cold start developing into a deep appreciation as she…saw more of Shizuku. And it also allowed for a nice comedic scene of Gojo pointing out that legally she shouldn’t be playing a game like that at her age. But it also acknowledges the reality that people tend to break some laws for their hobbies. 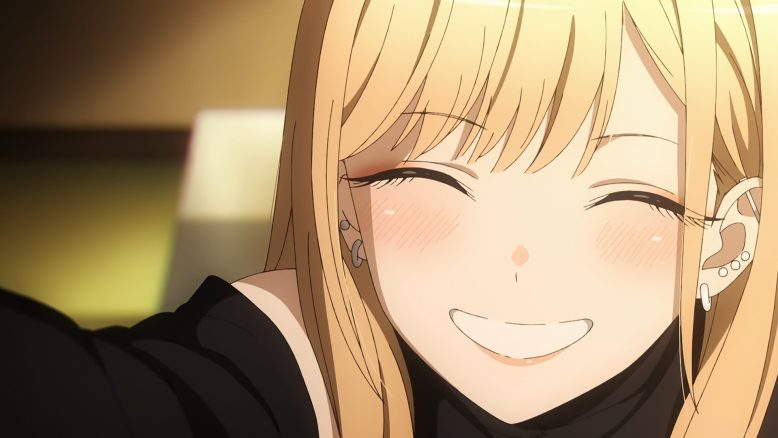 There’s no question that Marin is incredibly attractive and that’s hitting Gojo pretty hard. But I like that a huge element for why he’s doing this is because of who she is. Marin basically is the kind of person Gojo himself would like to be. Or at the very least she’s living life in a way that resonates with him. She’s just so absolutely focused on her passions and doesn’t shy away from them. And she has great lines that help heal his emotional wounds a bit. Her not letting what hobbies guys/girls are expected to enjoy stop her means a lot to Gojo. He’s still not over getting insulted by that one girl for being obsessed with Hina Dolls even though he’s a guy. Obviously, the attraction element is there. But it is nice to see a very emotional reason why Gojo is drawn to Marin. 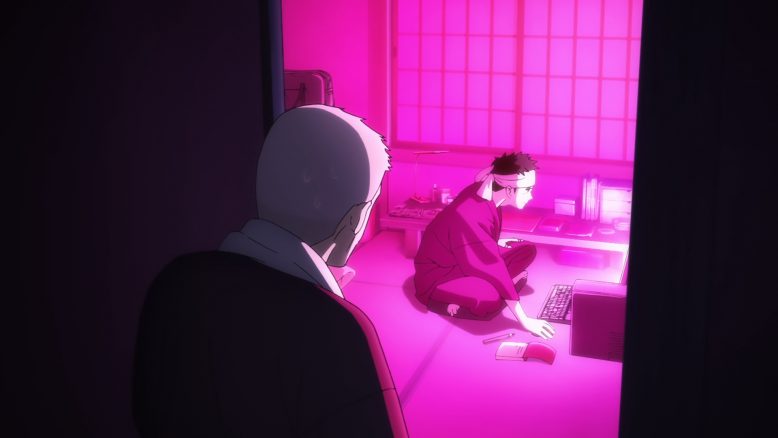 Had a good laugh here

I’ve got to at least acknowledge the hilarity of Gojo’s grandfather walking in on him playing that eroge. Probably one of the few times that “I’m watching for research purposes” is a legitimately true thing to say. But it also shows how focused Gojo is that he didn’t even think to say anything to his grandfather. He just kept taking notes like normal. Makes sense that he isn’t really impacted by games since he doesn’t seem to play them much. And even more so it is likely tough for anything to compare to Marin at this point. Not after an afternoon of her being measured in his room wearing nothing but a swimsuit. I guess it’s fine anyways since his grandfather likely won’t make a big deal about it XD. 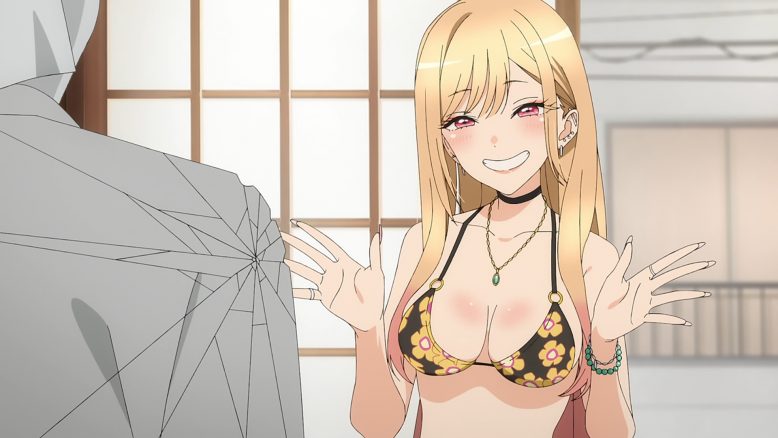 This was just a really engaging episode. I’m definitely sold on this show even though that was already the case last week. The characters are really fun, the visuals are top notch, and I’m even enjoying the process of figuring out making these cosplay outfits. Honestly, cosplay isn’t something I’ve focused on too much myself. It’s a hobby I do understand in general, but I haven’t focused on it beyond that. So, it should be fun seeing both how things play out for Marin’s cosplay and also this connection forming with Gojo.