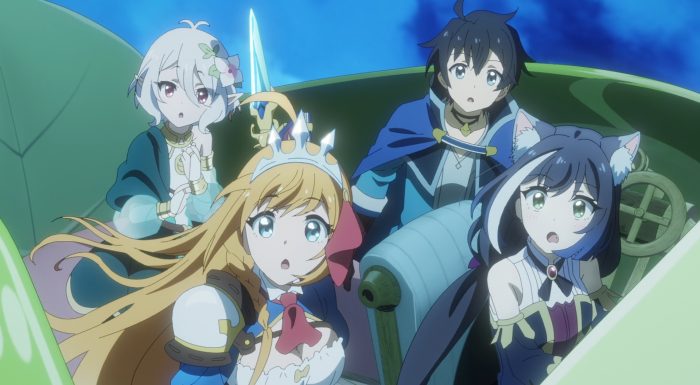 I am happy to have this show back. Some sequels just hit the ground running and make the viewer happy to be invested in that world again. This is one of those episodes. The bigger mysteries of that world were set aside for the time being. And in place of that we just got this bunch of adorable fools being themselves for an entire episode. I may want to see the main plot advance more as the season goes on. But I also fully expect that to happen. This was a nice look at who these characters are right now and the kind of silly adventures they can get up to. At times it felt like an epic journey that could have been a whole season or a movie. But they didn’t lose the nice mixture of fun and beauty that this show can deliver. 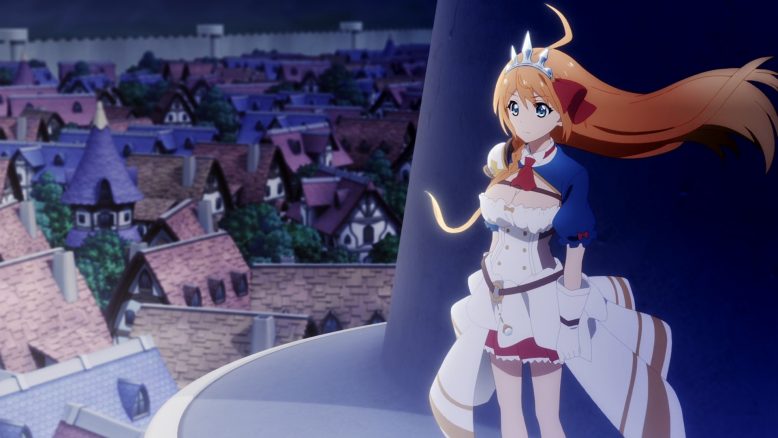 I hope this season is kind to her

The opening moments really were there to highlight how good looking this second season is. The first season was not a bad looking show in the slightest. But this just feels like a step up in general. Maybe they are stepping up because the first season was so successful along with the mobile game itself. Regardless of the reasoning, the episode just looked good throughout. Moments such as Pecorine standing quietly and staring at her lost home just looked fantastic. And that goes as well for Karyl sleeping with her stuffed animals, Kokkoro watering plants, or Yuuki chopping wood. And the details were on point such as with Karyl’s stuffed animal still having that glowing thread that Yuuki gathered last season. There was a lot of love and attention going into this first episode. 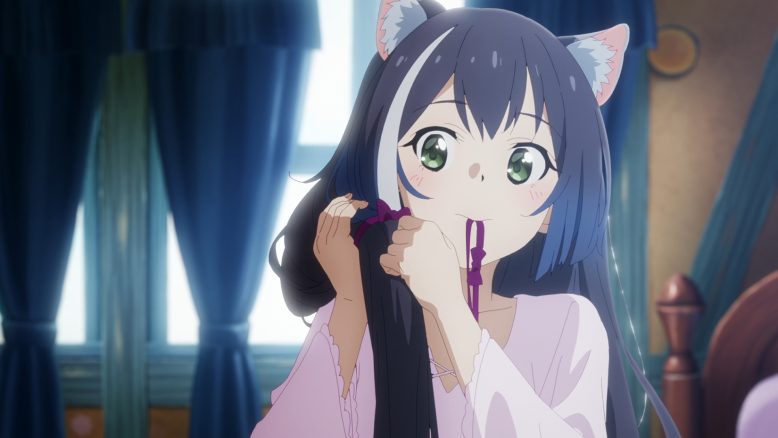 Karyl remains a highlight for this show

Something just felt really comfortable with how this episode started. Going without the OP this time around and just showing these characters in their natural states. Something about watching Karyl tying up her hair before getting called down to breakfast felt like the good kind of fanservice. Nothing extravagant or weird angles here. Just the characters looking good and seeming very at home in that guild house.

Part of me thinks something is going to happen with the guild house. The state of it constantly needing repairs could just be a nice little touch. Or something might happen to make them lose it. That place represents a home they can all return to. And they all are in need of something like that. Pecorine has lost her home along with her place in the world. Karyl is working for the “ruler” but seems to live like a stray most of the time. Yuuki has no memories and no place of his own besides their guild. Kokkoro has a home, but she’s left it and gone a long way to assist Yuuki. They’d all be in a bit of trouble if they lost this place. Plus, a clear enemy is sitting on the throne. Plenty of ways things could go badly. 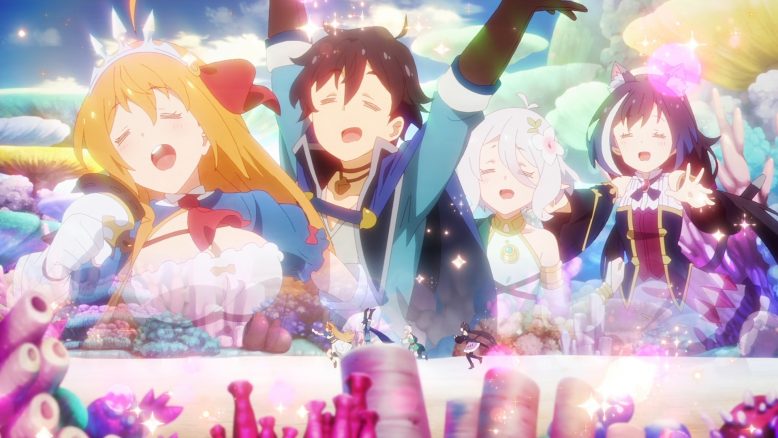 I love this bunch

Just having them go on this journey to find a legendary spice was fun. Everyone fit nicely into their roles. Karyl is the voice of “why are we doing this” that creates a nice touch of contrast to the mostly happy go lucky group around her. But they’ve all got their strengths and means of creating comedy. Honestly, I thought they’d gotten drugged when they were prancing through the coral forest. But they really were just having a great time. And that kind of makes sense since such a location is pretty magical and mysterious. The kind of sight that could only compare to last season when they were allowed to breathe underwater by Karl’s magic. 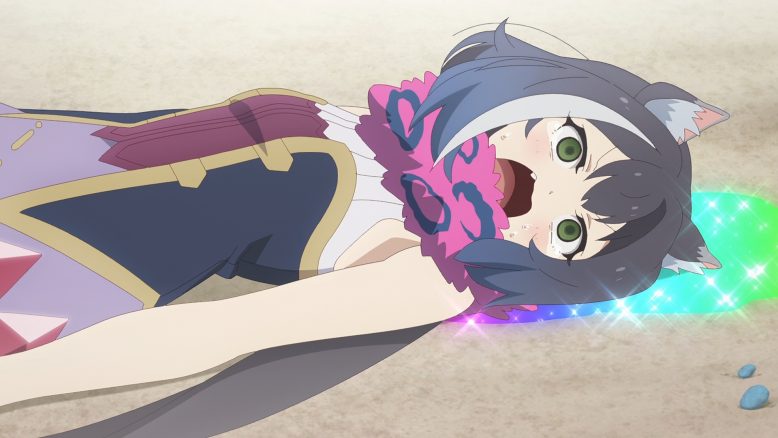 The comedy especially was great in this episode. Yuuki reaching out to those crazy creatures that attacked him in season 1 was perfect. He’s calm, collected, and it gives the false sense that this will be fine. And then they just attack him and drag him off. That tied in nicely with the next attack where Pecorine had them running for their lives since she was ready to eat them! The tables turned in that case!

Best part of the episode in terms of comedy came after that though. Of course, Pecorine finds a monster to catch and cook. The girl will eat anything even if it has consequences. We somewhat saw that when she ate the mushroom monster trying to kill Kokkoro. It was hilarious though, watching the cast all suffering from paralysis due to eating the poisonous monster meat XD! Such a stupid and hilarious way for the main characters to meet their doom. What a horrible way to go. A hoard of monsters approaching the paralyzed group that have fallen into their own wonderfully rainbow vomit! Thank you ghost man (that reminds me of the old man from Zelda: Breath of the Wild). Thank goodness he was there or this show would have been hilariously short. 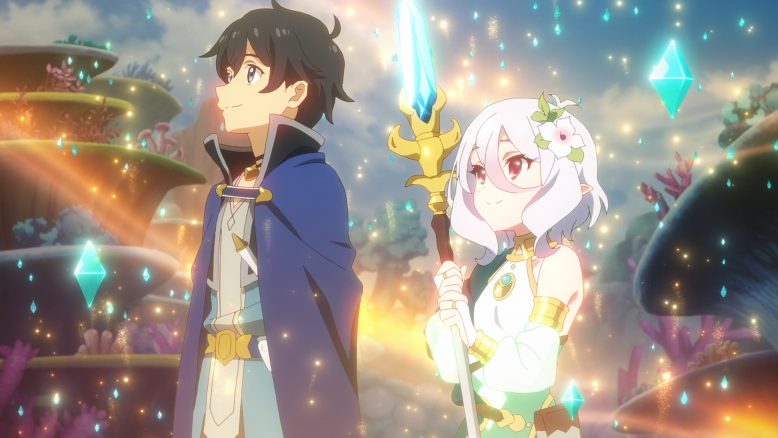 So many great moments

The episode was really beautiful at times. And I really could go on for a while just listing all of them. Kokkoro pausing the violent approach to handling the hostile ghosts was very fitting. Just a beautiful approach of calming them and helping turn them back to what they were. Obviously, there was no undoing their deaths. But at least they were allowed to finish their adventure. It was nice seeing that lead into the lovely montage of their journey to try and find that spice. It failed hilariously because the giant male turtle wasn’t going to lay any eggs. But it was still cool seeing them fly around, break through obstacles, and reach their goal. The journey didn’t let them attain their goal. But they had a great time and experienced quite a bit. 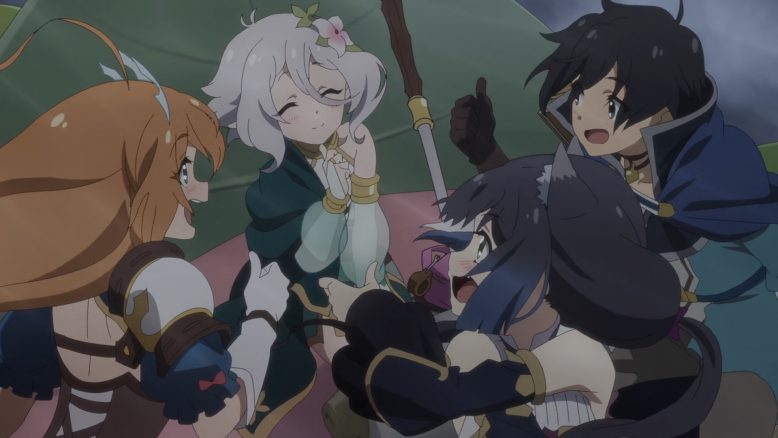 No question I’m covering this one. I may not have covered the first season, but that won’t be repeated again. Just this first episode was such a pleasant experience that I’m certain to enjoy talking about it the whole way through. Here’s hoping this second season manages to be even better than the first was.