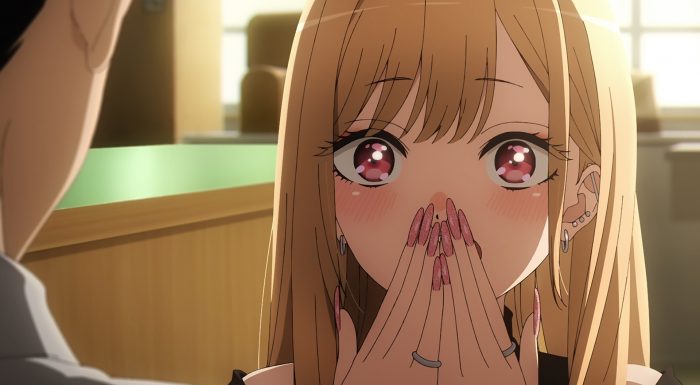 You never know what shows will end up instantly grabbing your attention. But I’m glad to say this one definitely did for me. The setup is a pretty solid one, but it is the characters that truly shine here. Gojo and Marin are both really enjoyable in their own ways. Gojo’s got a tricky past and clearly has a lot of room to grow. Overcoming his hesitancy to speak up and standing behind his hobbies with confidence will take time. But there’s no question that Marin will be hugely valuable in helping him reach that point. I’m curious to see how far her character will end up growing throughout the show. She’s definitely pretty confident in defending what she likes. Although I’m not sure if she’s open with her cosplay ambitions with her friends. Maybe she’ll end up learning how to sew throughout the show. 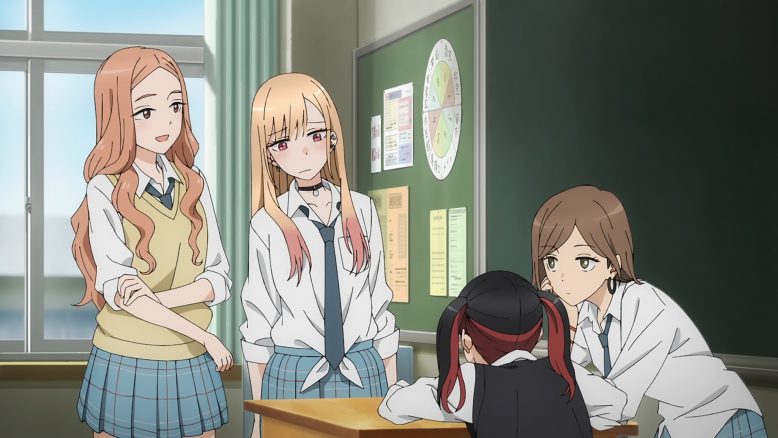 Even the supporting cast looks good

This was a beautiful first episode. Cloverworks can do some fantastic work and that’s clearly on display here. Whether they’ll be able to maintain this is the only question for me. But there’s no doubt that they made a strong first impression. This kind of rom-com can get by with pretty average animation. But there’s no doubt that making the characters and world look this good can only help. Even side characters like Marin’s friends have really nice designs and stand out. The star of the animation though was Marin herself. Her expressions, eyes, and body language just had so much personality to them. Throw in some excellent voice work by Hina Suguta and you’ve got a character that people are going to love. We’re early into this season, but I could see her being one of the best female characters this winter. 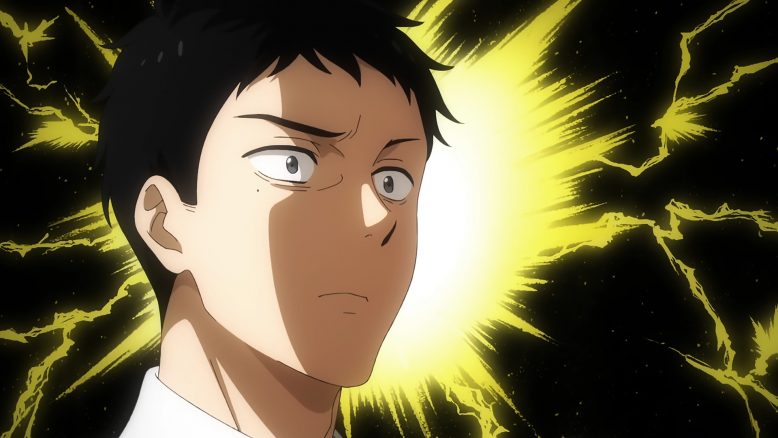 Gojo is fun when serious

It isn’t even that the female lead is carrying the show. Gojo is a pretty likable guy in his own right. He’s got his hobbies, works hard at them, but just struggles to connect to his peers. Having that scene with him being verbally attacked as a kid just establishes his whole mindset. It also ties nicely into the theme established by Marin. People shouldn’t go around insulting the things other people like. There are exceptions to everything, but that is a good general statement. Why that girl blew up on Gojo is unknown right now. Whether she was upset that he’s better with making dolls than her or that he was spending more time admiring dolls than spending time with her I don’t know. It could be either or neither of those things. But in the end, she threw around her insults, ran off, and that was that.

Of course, there is clearly a lot of room for Gojo to grow as a character. At this time, he’s just leaning away from interactions out of fear. He’s letting himself be used by others rather than face uncomfortable social situations. Which just makes the moments later in the episode all the more important. She herself has a favor to ask of him. But she’s also the one who points out that he can and should stand up for himself and what he really wants. While he can clearly act without thinking when it comes to dolls and design, there’s a lot of room for him to grow in just interacting with people. 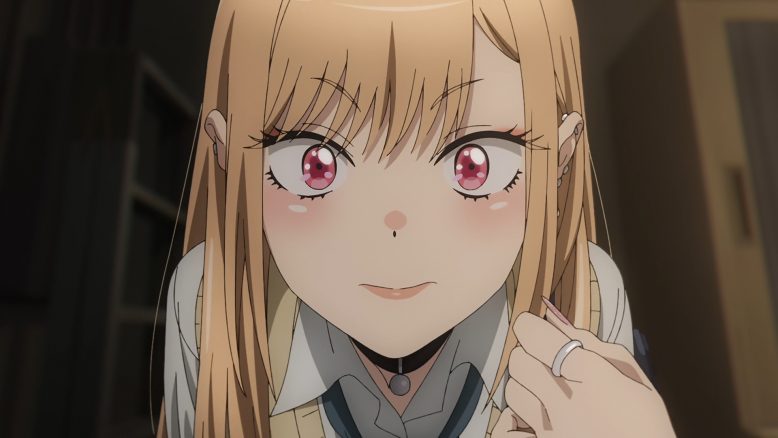 Marin is still the star of the first episode though. There’s so much to appreciate and like about her. It isn’t easy and reflects her charisma that she can be so open about her passions. Even her friends admit they don’t understand her hype over certain characters. But they still enjoy being with her even if they don’t share all the same passions. She’s definitely living the opposite lifestyle of Gojo right now who just doesn’t really interact with anyone. Even though she’s pretty bad at sewing she’s still trying her best to follow her passions. Marin may get carried away by those passions, but I can’t really call that a bad thing. 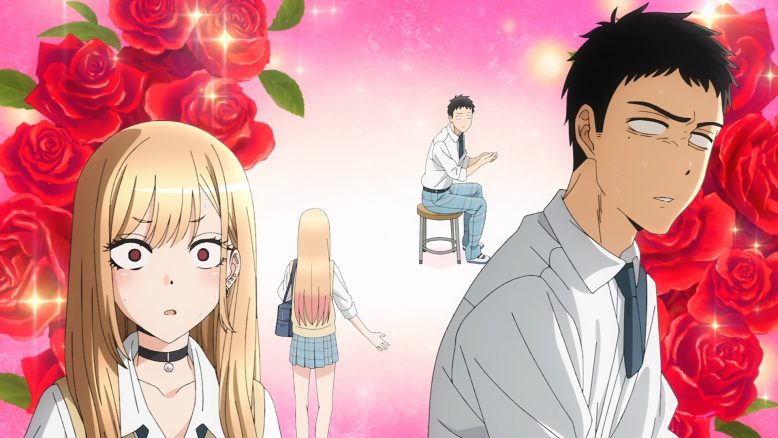 This pair should be fun

This was easily the first episode I’ve enjoyed the most of the winter season so far. Both leads are likeable and I want to see how things will play out for them. And that goes for an actual relationship as well as individual character growth. If nothing else I fully expect this to be a fun ride. We’ll see if Cloverworks can keep the high standards going the whole way for the visuals. But I’m feeling confident about the story holding strong no matter how that side of it works out. No idea if I’ll pick this up for the whole season, but this was an episode I had to talk about.