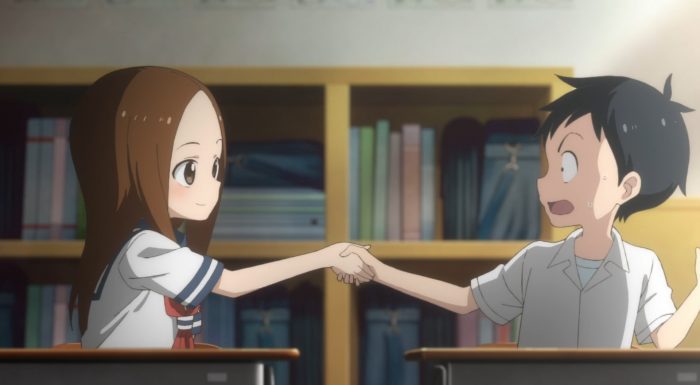 It feels weird to start my look at winter anime with a show taking place late in the summer, but there we have it! Takagi-san returns with a pretty interesting first episode. There are a number of ways it could have tackled this episode. But I can’t say that an episode of dream sequences was exactly what I expected. It was certainly an interesting way to go about it. Dream sequences are in themselves supposed to be a bit confusing and disorienting so maybe that was the plan. But it was a bit awkward at times getting into the episode when a lot of odd things were happening. 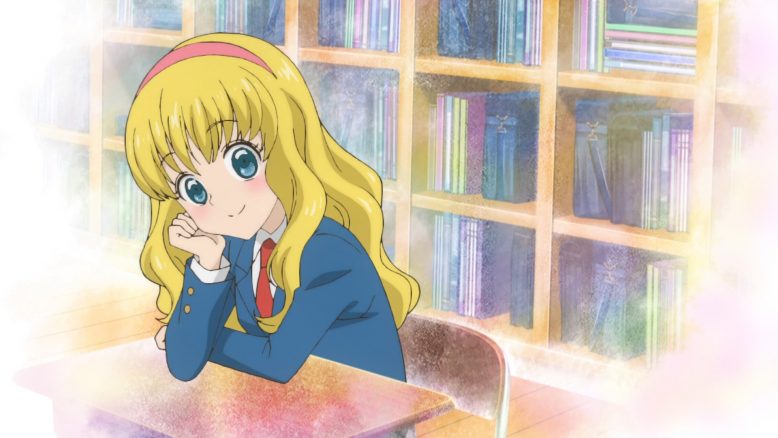 Welcome to the dream world

I would have preferred a bit steadier of an opening episode. It’s been a while since this show has been around and the dream sequences jumped around a lot. That did allow them to be easily understood as dream sequences though. But it also didn’t allow us to really see the main characters interact that much in reality. The first part was Nishikata basically interacting with himself and the end was the same with Takagi. It was just that bit before the ending and the middle sequence that actually had the main characters truly in it. 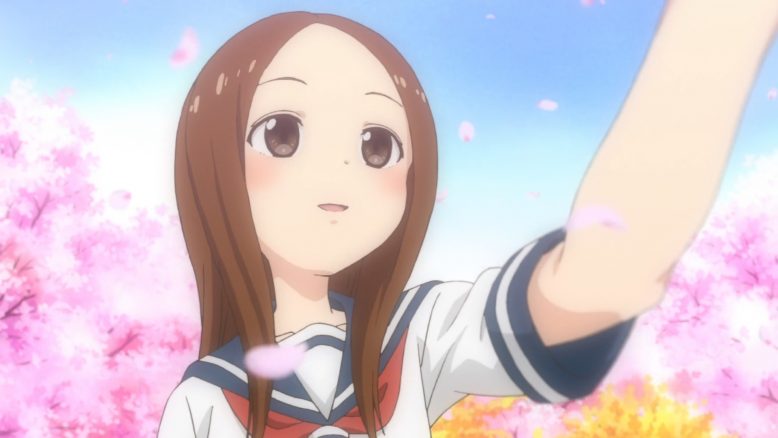 She just wants the confession

There is a lot that can be read into the dreams which is nice to see. Nishikata’s perspective is still pretty straight forward. While there is obvious some romantic interest in Takagi, he’s still far more focused on the competitive aspect more than anything else. Thus, we see his dream spiraling into getting tricked over and over again. Ending with shot back into the waking world and a great deal of confusion before he realizes it was a dream.

Takagi is a bit more self-aware. Obviously, she didn’t realize it was a dream since she’s not that all powerful. But she also has her desires a bit more understood. Being defeated wouldn’t really be a bad thing if it’s in the way she wants to lose. Getting truly surprised and confessed to would be the perfect loss in her mind. Although her own pride doesn’t exactly want to lose either. Like anyone, Takagi is a bit contradictory at times. There’s a long road to go before these two are truly able to move forward. 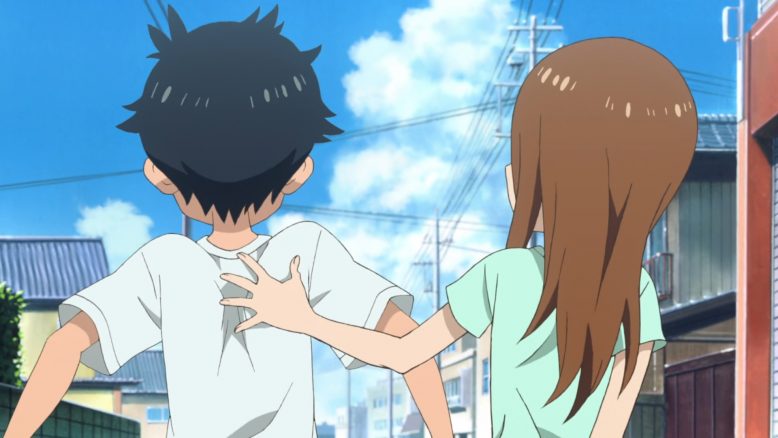 I’ll also suggest that Takagi ease up on slapping sunburns. Saying she won’t do it doesn’t hold as much water when she does actually do it twice. The first time is a bit more permissible, since I doubt she knew for sure that he had one in that spot. Although I can’t imagine she took that shot without suspecting it. The second time is just a bad call. The competition didn’t actually force that. Even if she wanted to stop him from making random guesses that was a bit much when she knew that it was quite literally a sore spot. 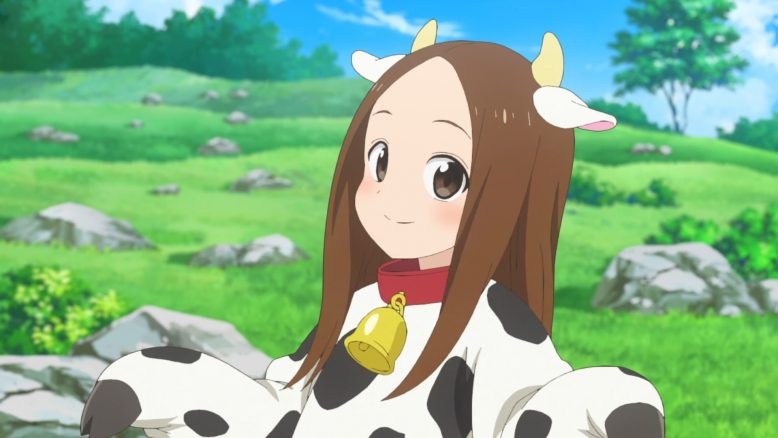 Too amusing to ignore

This was a solid enough return to the show. I’ll probably enjoy seeing them in reality though. If nothing else the staff got to go a bit crazy at times thanks to most of the episode being dreams. Whether it was silly stuff like Takagi in a cow outfit or a jack in the box turning into a fireworks display. The big thing of course is Takagi being good at her teasing game and the actual progression between the main pair. It’s hard to say there was much progression since they were asleep for much of it. But the rest of the season can more than make up for that. Not sure that I’ll actually cover the show this season. But I did want to acknowledge that it was back, winter has begun, and that hopefully this season will be pretty good.

in Karakai Jouzu no Takagi-san 3