Banished from the Hero’s Party – 12 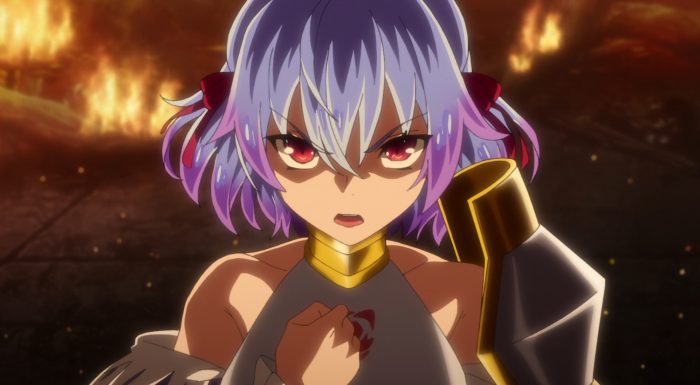 This is definitely an episode that doesn’t match the name of the series. There wasn’t much slow living to be seen here! This is what the show has been building up to though. A major focus on what path the main characters should continue on and what influence their blessings should have on their chosen ways of life. Thankfully there is another episode to wrap up this conflict and the show as a whole. They need to deal with the situation around Ruti first and then can likely end with Red, Rit, and Ruti returning to living quietly in the countryside. Maybe Tisse joins in too, but that should be the way this ends. All the more so since they’ve introduced a way out of their moral issue. 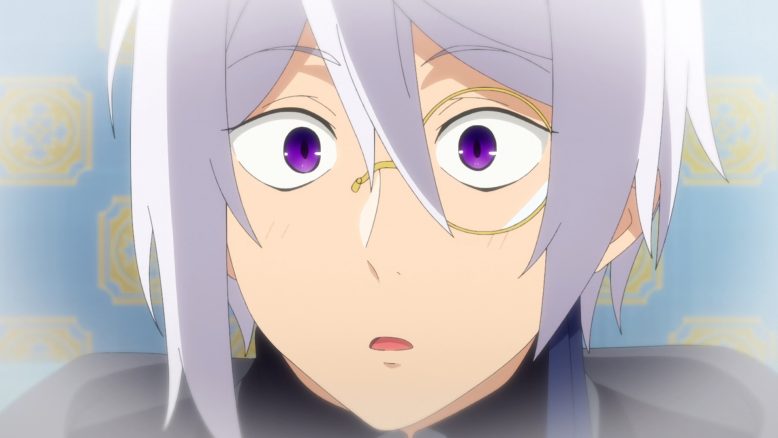 Amazing how far he fell

There’s no avoiding the problem of what happens if those with the power to act don’t. If Red, Rit, and Ruti all retire where does that leave the world? Is there enough strength left in those with the desire to fight to save the world? I can’t imagine there really is. Which means they’d have to face the issue of doing nothing and potentially the war ending up at their peaceful doorstep anyways. Of course, Ruti’s feeling is natural for someone forced into her position. She’s spent her whole life being controlled for the benefit of people she doesn’t know. Her blessing didn’t even allow her to really connect with people so she couldn’t even build up a natural desire to help others. So, her question of why she should sacrifice everything for people she doesn’t know is a fair one. Even if her doing nothing would result in deaths. 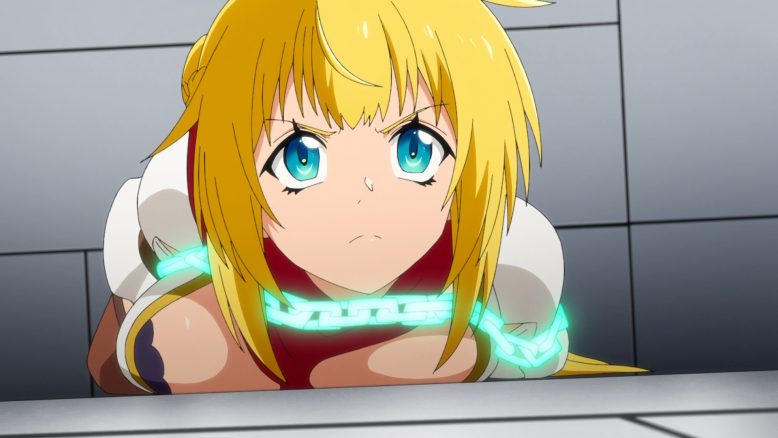 Rit tried to bring an angle of people are more than blessings to the mix which is fair. It was the people who had the blessings that did the saving and not simply the blessings by themselves. Of course, it’s also fair to say that the people wouldn’t have saved anyone without their blessings. Blessings shouldn’t be a person’s whole identity, but they are more than nothing. Rit’s angle is a good counter to Theodora, but not necessarily a good way to resolve the major questions they are facing. What would Red and Ruti do if no one could step up and war came to them? They’d have to fight anyways and then all those deaths leading to this moment would have been entirely preventable.

Not that I care for Theodora’s mindless logic. It’s cute that she thinks giving up her life after everything is said and done would justify forcing Ruti to fight and potentially killing Red and Rit. Pretty confident on the value of her life I see. She isn’t wrong that without the hero’s blessing things are bleak. If blessings were freely passed around then that wouldn’t be an issue. But as far as the characters know that isn’t an option. However, it’s an ugly stance to say that Ruti has to sacrifice herself so others can keep their hands clean. She’s also putting her head in the sand and refusing to think. All the credit and blame can go to the deity so she just has to obey. Telling others to sacrifice their free will because she chooses not to exercise her own. 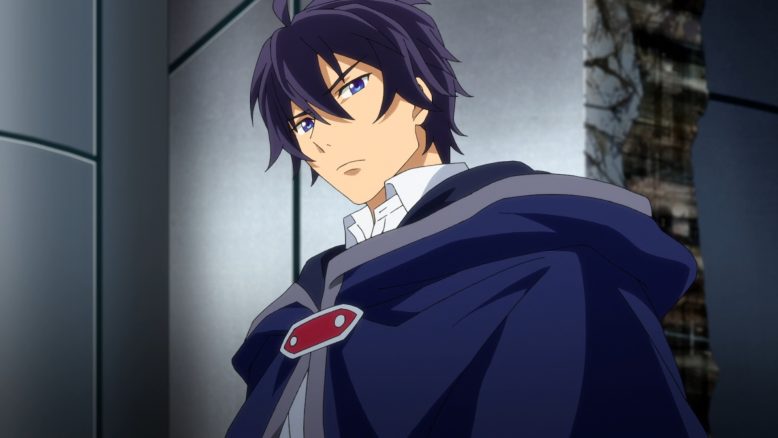 This really wasn’t his episode

Red completely was overshadowed in this episode. Maybe they are saving him for the next one? He did bring down Ares so it’s nice he got to settle that score. But really even that goes heavily to Tisse, her spider, and Rit. But teamwork isn’t necessarily a bad thing. It’s just funny how few lines he had in this episode. Rit was the one arguing for Ruti to have free will, Tisse stood against Ares in defense of her friend, and even the alchemist had more important lines to give about villainy than Red had for anything. The only thing Red had was talking about why he was prioritizing saving Theodora who had betrayed them instead of focusing on Ruti.

Seriously for a guy we know cares about his little sister, it is funny how often it doesn’t look like it! Forget the challenge he was posed about saving his sister or his lover. He chose: 1) his lover, 2) killing his enemy, 3) healing someone that betrayed them, and we’re not even sure checking on Ruti would have been his fourth choice! I know he didn’t use that much time healing Theodora and it probably wouldn’t have mattered. But it is just funny how Ruti never seems to be the priority until she’s right up in his face. Going to be hard to prioritize anything besides her with how this episode ended! 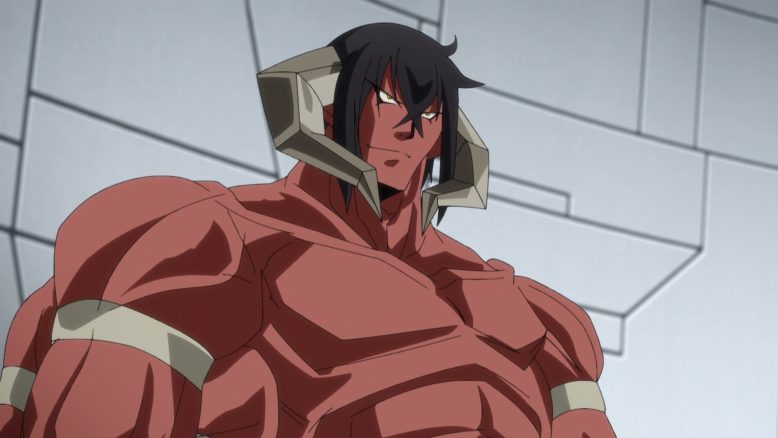 I wonder if he could follow the action here

The one criticism I have for this episode is how it struggled to handle positioning and the flow of battle. It was hard at times to follow exactly what was going on. Ares was throwing a metal cube at Red and then…stuff happened. I’d guess he knocked Red into the elevator with Rit and the impact made it fall. But I’m not entirely sure since it just cuts to Red holding Rit as the elevator starts going. Then it just leaves Ruti alone until after everything resolves so you can kind of forget what’s going on there. It wasn’t the worst handled battle ever. But I think they could have done a bit better with it. I think they might have forgotten that despite the name, the show would have some involved battle scenes to handle. 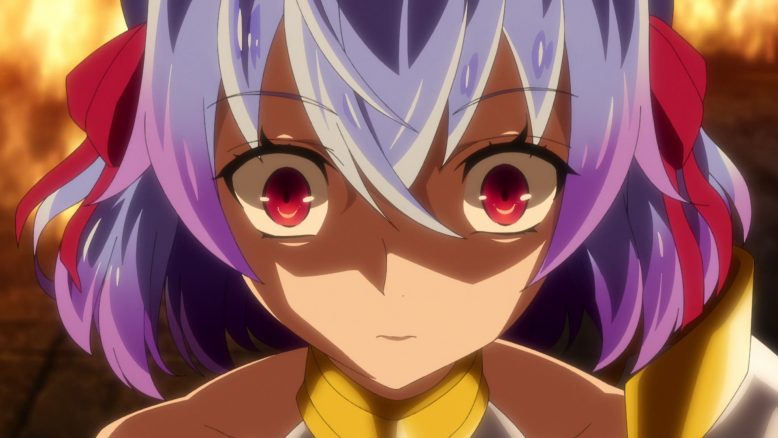 This can’t be good

One thing I also enjoyed was seeing Ruti continuing to develop her emotions and personality. Bad break awakening anger within her! I’m curious to see what role that ‘nothing’ blessing will have. Whether it will just be a way for her to fend off the hero’s blessing, be there to represent free will or if it will transform into something else. But regardless having her utterly crush her enemy was awesome. Even if she was stuck in a bad spot of putting her hands on one of those swords. It also lets her both be the hero, the girl that needs saving, and the main villain all at the same time! The blessing is obviously going to push her to kill Red herself and Tisse has already taken a hit for that. Can’t wait to see how they take on the hero with what they’ve got. 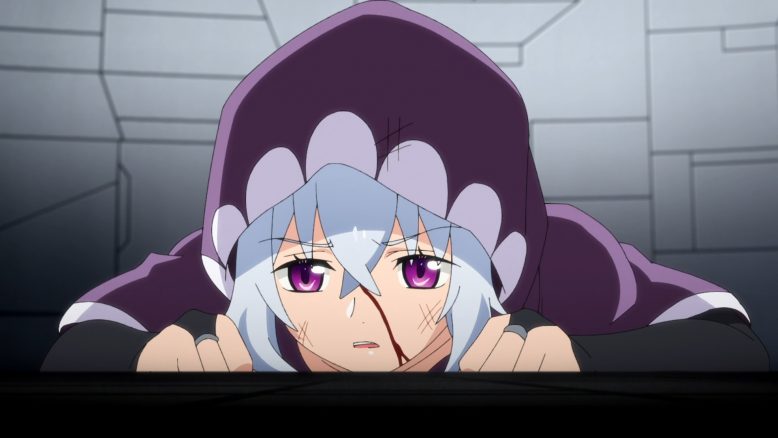 Tisse did her best

It was a pretty solid episode to lead into the finale. And they have basically gifted us the solution to the problem. The drug is one thing that could be really helpful to giving people control over their lives. That’s one solution that’s out there. But for the immediate future there are the sacred swords and… whatever was in that tube behind them. If it’s possible to give someone the hero’s blessing then those swords can amplify it and you’ve got a new hero. There has to be a reason they are dragging Albert around. That guy wants glory and to be a hero. You’ve got the perfect candidate to take the job. Just have to give it to him. After that Danan and Theodora can join him on an adventure and they just need to gather a few more members to be in good shape. We shall see though.