Banished from the Hero’s Party – 11 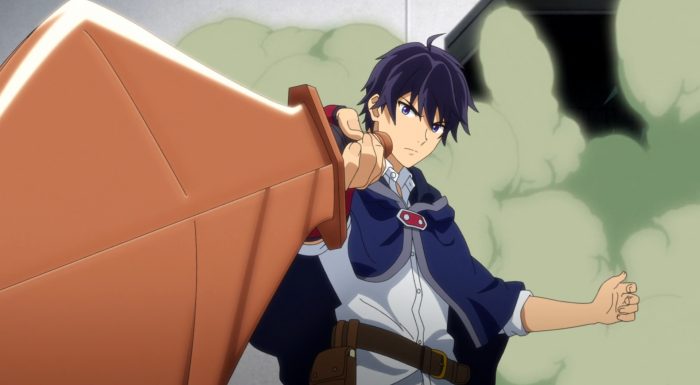 Things are definitely coming together now. We really do have basically everyone showing up at the same time. The only thing I’m really left wondering is how the issue of the Demon Lord is going to be tackled. So far everyone seems to be on the same page in terms of retirement. Ruti seems fine with leaving the front lines, Red is definitely fine with leaving the front lines, and they are pretty accepting of each other doing this. The only issue I suppose is that no one so far is bringing up the big picture issue. If no one is fighting the Demon Lord…then this relaxing hideaway for Red isn’t going to stay relaxing for very long. Are they just going to ignore the situation until they’ve been conquered and then think about fighting back? 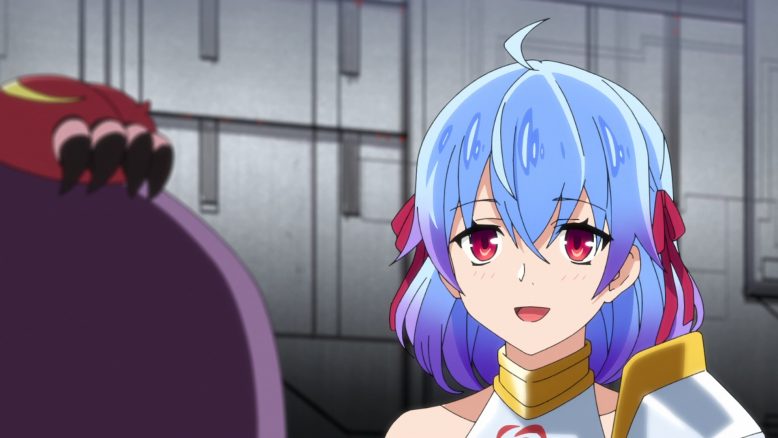 She really deserves to smile

I’m happy for Ruti. Honestly this worked out so much better for her than I would have hoped for. Part of me thought we’d see some criticism thrown her way for the jail breaking or drug taking. But honestly it seems like Red at least knows that he can hardly call her out on a lot of that considering her situation. Not to mention she did very little harm to anyone in the process. If she slaughtered the prison guards that might have been one thing, but it was a pretty quick and easy mission.

In a sense I’m glad that Tisse did all that she did. If she hadn’t opened up as well about what she knew then things couldn’t have progressed like this. Since there is no doubt that Ruti would have hid everything she could from Red on this topic. Having him heavily criticize her would have been too heavy in her current state. A lot of her emotional growth has been frozen thanks to that hero’s blessing locking her into one course of action her whole life. With that extra bit of help now Ruti has the full support of Tisse, Red, and Rit in dealing with her situation. 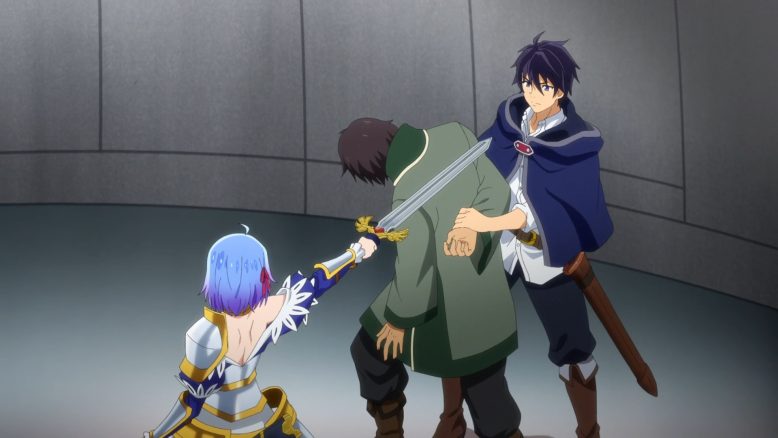 That’s one way to summon your family

That Red was working on a blessing countering potion was a nice reveal, but probably something that should have been mentioned earlier! Certainly that does line up with his choice of profession after leaving adventuring. But I just feel like it should have been hinted at more. They didn’t have to reveal everything since this was done for dramatic effect and showing that he was trying to help Ruti. And yes, part of it is the show doing this after I was taking quite a few shots at Red. Although I still think his planning was somewhat shallow and he shouldn’t have been putting so much faith in third-person reports on Ruti’s journey. If not for good fortune she wouldn’t have run into him here. Still, I’ll give Red credit for trying to find a solution to Ruti’s situation for a while now. Even if he never did succeed. 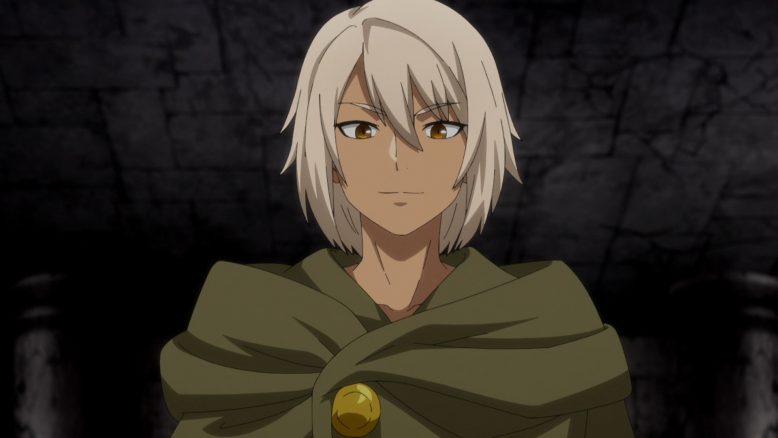 His plan is going pretty smoothly

At least the main cast realized the plot pretty quickly. Shisandan’s role in this was figured out in a hurry. And a lot of the credit goes to Danan. My apologies to him as well since I figured he was dead. But I guess it makes sense that he survived. It would be hard for the cast to truly understand what was going on if Danan wasn’t there to provide an obvious contrast to the version that Rit met. He’s taking losing a hand pretty well though! I guess he was really happy to see Red alive and well. That’s a serious loss for any sort of fighter. But I guess he’s the type to take his beatings and move on. He was weaker and that was the cost of it. Not sure how helpful he’ll be in the fighting, but at least he can update his allies.

Shisandan’s plans are playing out pretty well so far. It was absolutely the right call to take advantage of Ares like that. He’s completely going off the rails and thus is a useful pawn. At this point he’s willing to side with someone that admits to being a demon just because he’s desperate to get Ruti back on his side. Saying he’s crazy is honestly just being kind. I suspect it will be the other allies that step in to finish Ares off. Even if he has talents, the guy is mentally too weak for this journey. It would be one thing if he was upset that Ruti was leaving the world to be taken over, but that’s not it. This is all about ego for him. He wants to be the beloved person that guided the hero to victory. I don’t think he’s after Ruti romantically, although who knows. 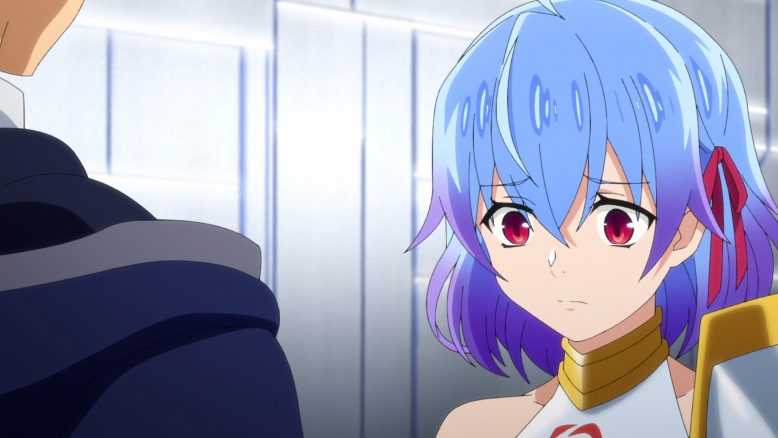 There’s a lot of good stuff to take in though. This facility of course is connected to heroes and connects to the first. It might explain a true origin of the hero’s blessing or blessings in general. Maybe it’s not even a divine thing but biological. Certainly, in that case then we’ve got options. If it’s possible to actually control the hero’s blessing then it could be handled better in Ruti. Although maybe this is all heading towards giving the Hero’s blessing to Albert? The guy wants glory and wants to be a hero. Wouldn’t giving him that power make the most sense? But we’ll see about that. Just because a ruin talked about “hero administration authority” doesn’t guarantee that there is a way to control the hero’s blessing so perfectly. Even though I think the odds are good that this will work out. 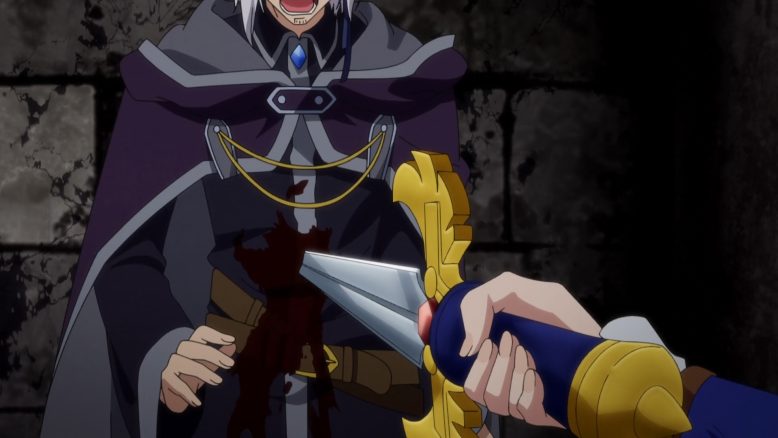 I’ll admit there was nothing quite so satisfying as Ruti once again wrecking Ares. He is powerful enough to send Red flying there’s no question there. But she’s powerful enough to make him pay for it! And she was more rational about it this time. The hero’s blessing wasn’t going to make her heal him this time, but she also refused to kill him either. Just sending a firm message that he won’t have long to live if he keeps pushing his luck! Unfortunately, you can’t cure stupidity and he’s going to keep pushing his luck. If there is a way to control heroes then Ares would have motivation to use it on Ruti. And of course, a member of the Demon Lord’s army would love to erase the hero for good. This situation could get pretty messy. 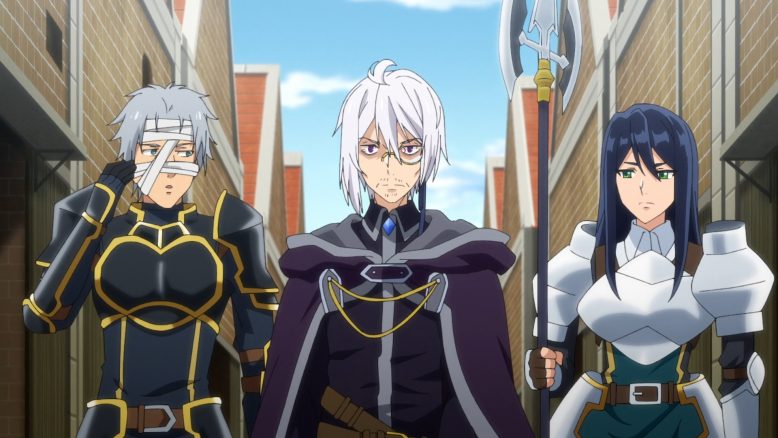 There was a lot I really liked about this episode. I’m happy that things are looking up for Ruti and that there is a path forward. That girl has lived too hellish a life to be forced to fight any longer. My only hope is that the show doesn’t fail to acknowledge that the world is in peril here. Free will is important and that should be a major focus. But if everyone only focuses on what they want then they might lose everything. I still have enough faith in the show that they won’t forget to handle that. Or at the very least they won’t accidentally fail to solve that issue. The ending wouldn’t be satisfying if we had to worry about the main cast getting killed in a war.