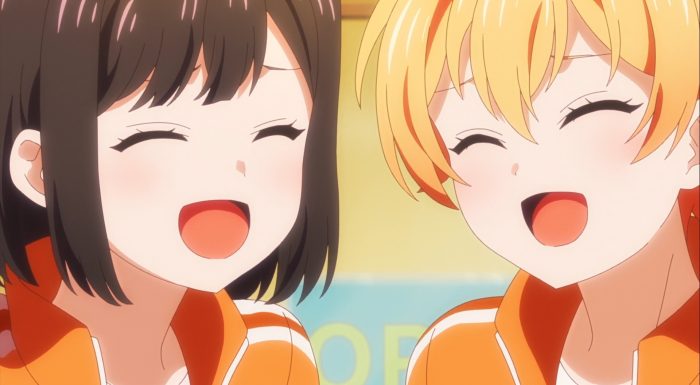 This episode was pretty steady. It mostly took place during the actual game being played so there was the most hockey focus we’ve had in the show. Even though obviously this was the Naomi and Riko focus episode. I might have said it was only the Naomi episode, but it really wasn’t. The focus of their arc wasn’t what you’d normally think. Instead of any focus on them becoming more independent they instead became even more dependent on each other. They can function if one misses a game or two due to injury, but their careers in this sport are entirely dependent on the other person staying in the sport. That can be fine and the show definitely plays it as fine. But it is surprising that this wasn’t exactly about Naomi learning to detach herself from Riko and standing on her own. 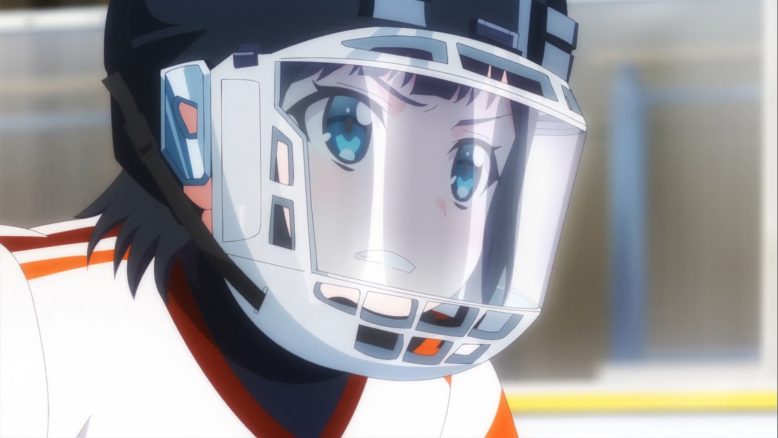 Naomi giving her all

The focus really is about Naomi learning to throw herself fully into something. To give everything she has so she can continue to enjoy doing something with Riko. That’s not a terrible thing really. Friendship is a good thing after all. One could say they should be a bit more independent and not base their entire lives on what the other person does for fun. But instead, it really is just about Naomi learning to give her all without necessarily having Riko doing all the work. That if they both do their best then they can enjoy relying on the other person long term.

And there’s no question that Naomi does embrace this. She learns that she has to do more if she wants to continue staying close to Riko. That Riko can’t be the only person throwing her entire being into things in order to keep them together. Which sounds like a total relationship and kind of is. The good is that Naomi learns to play hard and will her team to wins. Using the skating she has developed over the years to let her do things that others can’t. Not simply throwing herself at opponents. She has skating and the women’s game doesn’t allow bodychecking. Using that to get the puck and move it makes sense. It’s a nice transition for her being more of a “puck moving defenceman.” 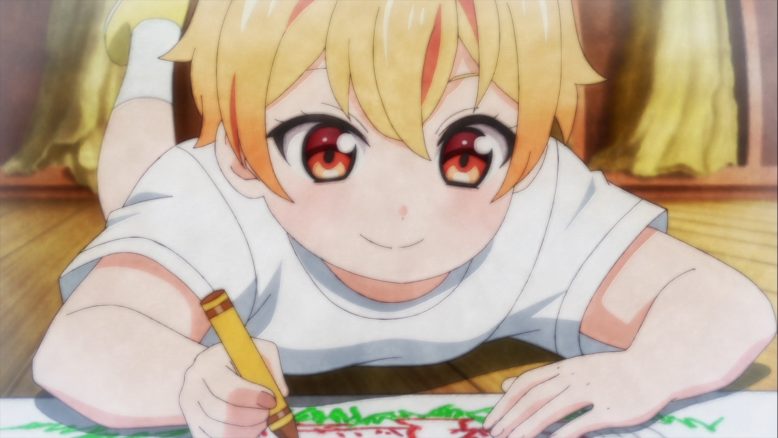 The Riko portions weren’t bad at all either. She had to face getting hurt. Luckily for her it was incredibly minor and no one rushed her back into the game. The pain of feeling like she let everyone (particularly Naomi) down really worked her over. And it was a good spark for Naomi’s own decision to step up. But the really good stuff was focusing back in on how Riko quit hockey because Naomi did. That she’s actually as dependent on Naomi as Naomi is on her. Naomi needed Riko to save her many times, but Riko needed to be doing the saving. And when she got carried away she also needed Naomi to reassure her it was fine. The one downside for me was that it didn’t further examine how she felt lost because she didn’t trust her skating enough to pick up figure skating with Naomi. 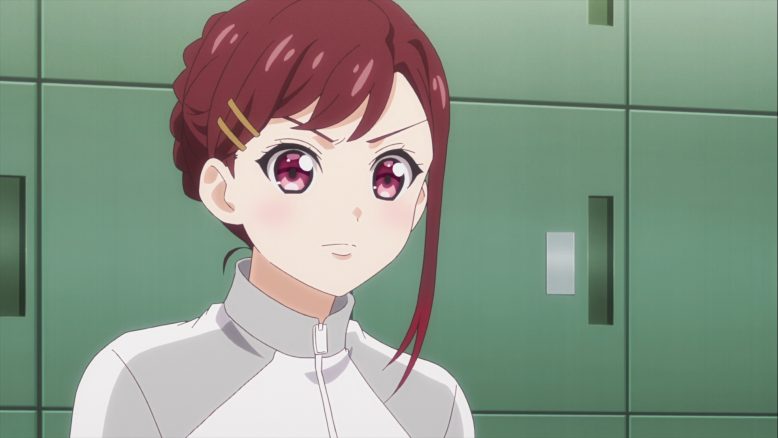 Maybe should have sided with Yu

There was good fun to be had with Yu’s old team as well. The captain is really getting to understand Yu’s frustration now. She’s gotten to see the unfortunate journey of this team. These girls started out relying entirely on Yu to carry them to the higher ranks. Then you have Yu chewing them out and the captain siding more with her team on that one. Now they’ve fallen down a tier and gotten a new star player. And they are right back to coasting and relying on that star to carry them. She’s starting to see this problem and the team isn’t responding. They are falling right back on the “what’s your problem” and claiming she’s jealous of being overshadowed by their new player. The captain is trapped and only just realizing it. Which should lead to her reaching out to Yu at some point. 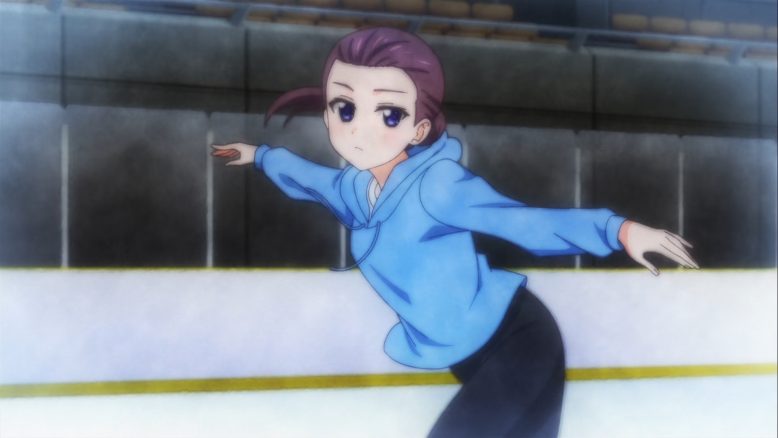 More of this wouldn’t have been bad

Overall, the episode was good. It still has many of the same problems as before. The other players on the team are ghosts 90% of the time. A girl who should be more experienced is drafted to take Riko’s place on the rookie line and basically doesn’t do much. It shows how bad the Dream Monkeys were before now. They are a one-line team and that one line is mostly rookies who haven’t played much hockey. If they aren’t going then the team is doing nothing at all. But in a short show like this I understand doing this. There is barely enough time to develop the main characters without worrying about the supporting cast. Right now we’re just building up to the eventual game against Snow White. A game I’m sure will show our ‘team’ winning out over a group relying on one player.