Banished from the Hero’s Party – 09 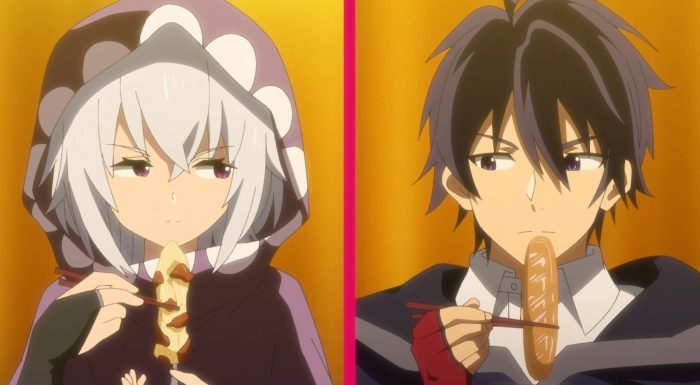 I’ve got to say it was satisfying having Ruti finally get to see her brother again. She hasn’t interacted with him outside of flashbacks during the entire show to this point. There isn’t any guarantee that this will go smoothly. In fact, it seems likely there will be difficulties that arise here. After all Ruti is working to have this drug created and broke someone out of jail for it. Not that she’ll be turning into a drug dealer here. But the bigger issue is that her blessing could be further weakened and the world loses a hero. Now to be fair she is basically taking steps to regain free will. Red himself has basically discarded any attempts to help the world at large himself so he’d hardly be in a moral position to criticize her doing so. But this could go any number of ways. 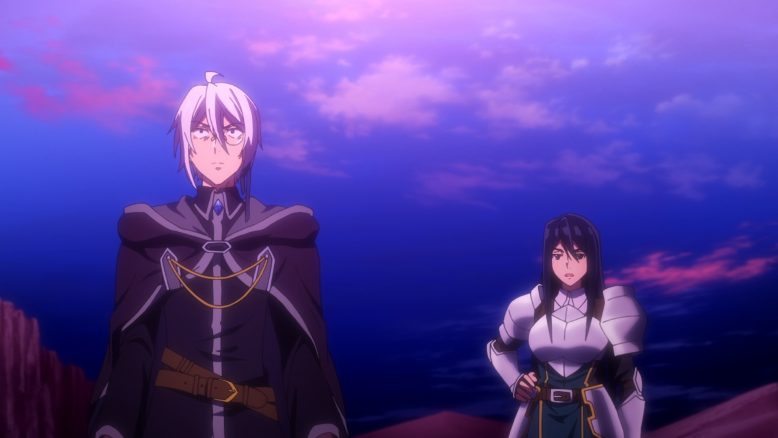 Now I did expect Ruti to take the drug eventually. What I didn’t expect was for her to have taken it before the episode even started and guzzle the stuff right away. The cool thing is that it seems like Belial had good intentions. I don’t think he was trying to do harm here. If the plan worked then Ruti could level the heck up and get even stronger before getting off the drugs and going full hero. In theory that would make her even more of a monster and let her roll over the demon lord.

But it didn’t work out like that. Ruti’s blessing resisted the actual curse itself. Now they only implied what was going on so I might not be reading the situation precisely. But it does appear like Ruti is going to weaken her blessing without the benefit of the curse giving her a boost in strength. So, she can’t execute the strategy of taking the drug, leveling up and then getting off the drug. I presume that is what Shisandan was after. He probably understood the hero’s blessing pretty well and knew that this could weaken their biggest enemy instead of strengthening it. And it’s a bonus that the hero’s brother is living right there. I’m not sure if he’s intending to ambush and kill her, but he’s in a good spot. Right where the hero is bound to show up seeking more of the drug. 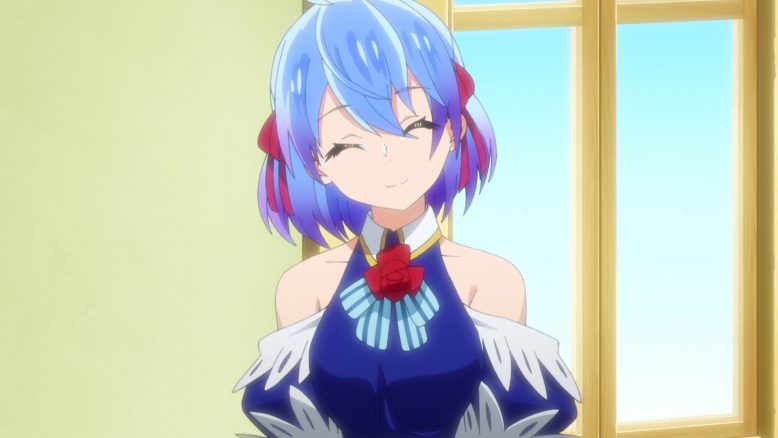 Been waiting for this smile

I don’t blame Ruti here. At least not at the moment. She’s given her whole life to this cause and this blessing. Her free will has effectively been robbed from her and she’s been trapped in a body that can’t enjoy life. Now it’s probably unfair to be hard on Red for what he’s doing and encouraging Ruti to do the same. But they come at it from different points. And if Red hadn’t left and given up on going back then Ruti wouldn’t have necessarily gone this far. One decision led to another one being made. But in the end they have to make choices and they have to consider both the bigger and smaller pictures while doing it. At least Ruti has the chance to get clear-headed enough to actually make a decision for herself instead of being enslaved. 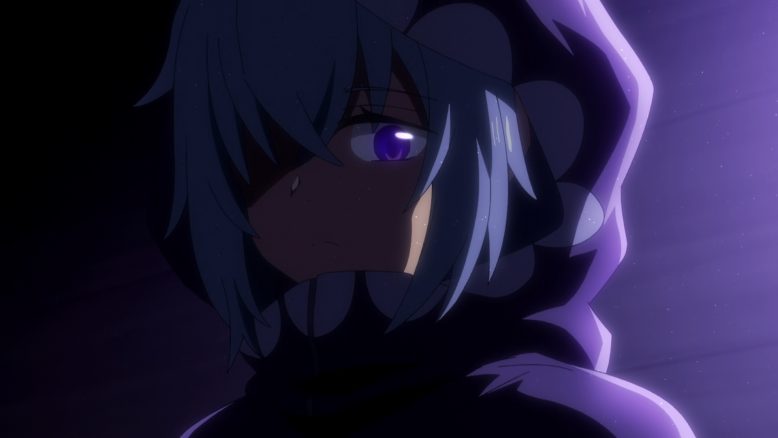 Taking Tisse along kind of makes sense. She was one of the few members that truly understood the hell Ruti was dealing with. And she was likely listening in on the conversation Ruti was having since she’s always hanging close by. She also is the one person without a past connection to Gideon so there’s a bit of objectivity there. No shock she left Ares behind XD. That loser deserved nothing less. I feel for the other party member, but I’m not sure she would have supported Ruti in this. I am surprised that Tisse is just going along with it since this seems like a pure mission for Ruti to leave her hero task behind. Is she ok with that? Or is she just too shaken up to actually voice a contrary opinion? Either way she allowed for a lot of comedy here. Her interactions with Red were golden. 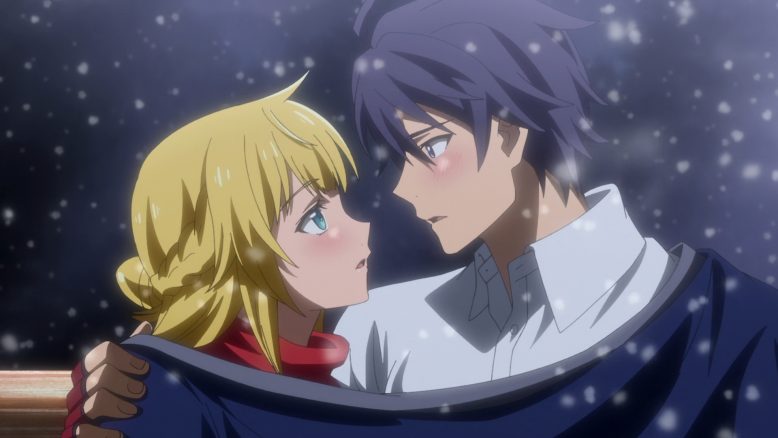 The Red and Rit relationship remains very cute. There’s not much to say about it really. Their business continues to do pretty well when they put their heads together. Rit providing a strange amount of rationality that keeps Red’s ideas on the right path. I found the passage of time and weather a bit weird in this episode, but we did get a cute winter date between them. There’s just not much being hidden at this point. They are enjoying each other’s company, are clearly in love, and all is well. The only thing I’m curious about is how Rit will take this situation with Ruti. I’m curious how Red will take it, but Rit has a different position in this as Red’s girlfriend/lover/etc. Plus, who knows how Ruti will take this relationship. It could be fully negative or being happy for her brother. 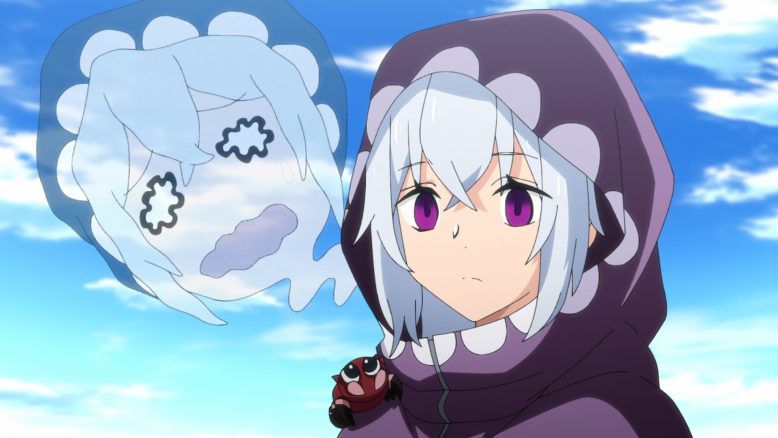 Tisse is a fun character

This episode did give me some progress that I wanted. The only negative was that they only gave the start of the Red and Ruti reunion here. I wanted the whole darn thing! Just a huge shock for the both of them of seeing each other and Ruti’s emotions being allowed to break through the surface. Giving the kind of emotional reaction that I’m sure Red has never seen from Ruti in their entire lives. I just hope that they can find a way to enjoy the moment. And I also hope when things do reach a conflict (over jail breaking an alchemist, taking drugs, etc) that they can leave this situation in a good place. I can’t see Ruti being able to completely leave her role with the world at stake. But I don’t think it should all be pushed onto her shoulders either.