Banished from the Hero’s Party – 06 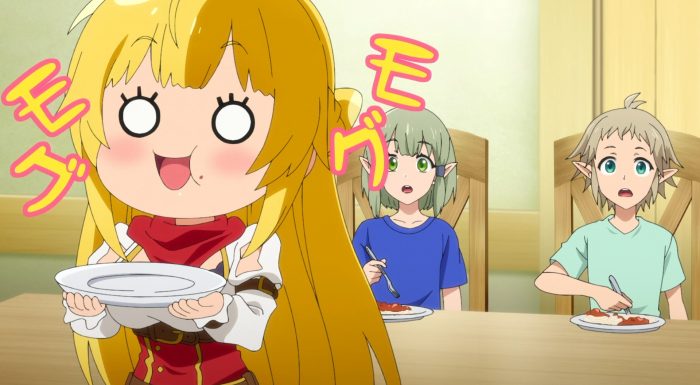 This is another week with a great contrast between the two stories being told here. The (mostly) upbeat story of Red and Rit dominates much of the screen time. But we still get the fairly tragic story of Ruti and the journey of her party as well. Two people freed from their responsibilities and one person that has taken on the world’s burdens with no joy or satisfaction left for herself. Of course, I’m still enjoying the cute romance blossoming between Red and Rit. It’s nice to see these two really enjoying themselves and steadily moving forward. They might be a bit slow about it, but they aren’t static either. At the same time though, I’m left really feeling bad for Ruti and wish she could catch a break. 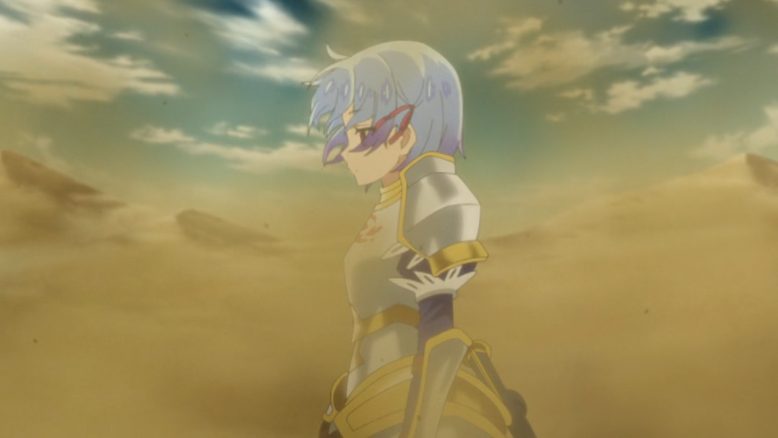 The world is too cruel to this girl

Naturally this episode confirmed a lot of suspicions. Ruti is unbearably controlled by her blessing. It’s as bad if not worse than I believed. She doesn’t have to sleep, eat, feel the hot or cold, and even her emotions are suppressed. I don’t think they are completely eliminated as evidenced by her angry outburst against Ares previously. But it reminds me of Ains from Overworld. She can feel something but then a power will crash down to suppress it. Putting her on the road to being a hero. Honestly, she’s one of the most tragic heroes I’ve seen in a while. I’m sure there are others that have it worse. But she doesn’t even have the freedom to feel anything or take a break through sleep.

In moderate doses these things would be fine. If they could be turned on and off that’d be an asset in battle. Being able to stay focused, not get shaken by injuries, and not be distracted by the environment is good. But in this present state it’s a living hell. This assassin girl might be the only one who truly understands how hellish Ruti’s life is. More than anyone in the party or even her brother. She desperately wants to go see her brother, but she’s not allowed to do that. The most she could do was allow someone else to do it. 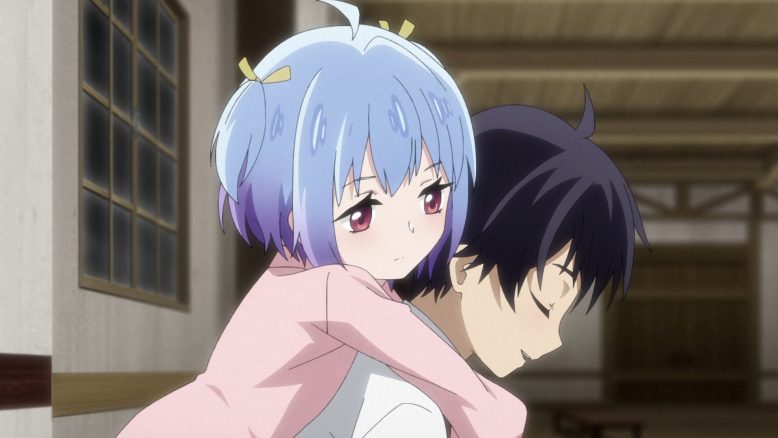 Back when things were bit better

Whatever the results of this situation, Red has to see his sister. I’m kind of amazed that knowing how she was as a kid and seeing her grow up that he doesn’t realize how horrible her situation is. One would think things like not needing to eat or sleep would have been apparent to him of all people. I’m still not sure if he’s going to just continue with this slow life with Red, return to the party, or actually get Ruti to retire as well. The last one seems less feasible considering there is an actual demon lord out there to face. But it just feels wrong to have him leave his sister as this slave of the gods. The status quo can’t stay completely the same. 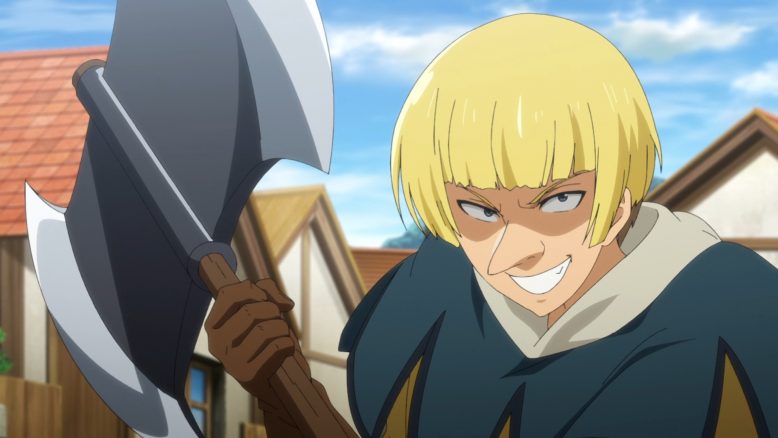 This drug is a problem

There was a lot going on in Zoltan as well of course. We’ve got a few layers of events to take in. The drug situation is getting more serious. Now you have people overdosing and possibly going insane. Although I think there is obviously a lot more going on with the whole “new you” situation. Is that drug somehow removing people’s blessings or overwriting them with new ones? If it can actually do that then I can see why addiction would be happening. These people gain many benefits from blessings, but are weighed down in exchange. The liberation of not having to obey the blessing you’ve had to follow your whole life must be incredible. Even if that liberation has a high cost as well, people probably wouldn’t be very rational about it.

It kind of makes me worried in some ways for a person like Ruti. The hero’s blessing is powerful in so many ways. But if she was exposed to this drug what would happen? Someone so utterly repressed by her own blessing might be hit harder than anyone else. There aren’t many ways to overwhelm Ruti in that world, but this could be one of them. Of course, there’s no sign that anyone has this drug anywhere near where she is. But…you never know. It’s something that has me concerned. 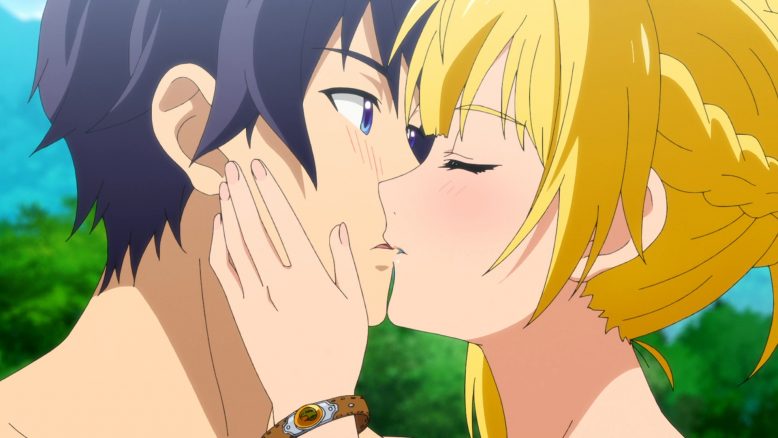 At least the romance between Red and Rit has still had time to blossom. Both parties are now being more open about their feelings. No one is pretending that there isn’t something going on here. And thankfully Rit is continuing to push it even with the admission of her personal fears when she first showed up. Really is just a matter of time before things go to another level. And that relationship will make for interesting considerations when the reality that things aren’t fine for Ruti’s party starts hitting home. But for the moment their bond has never been stronger. 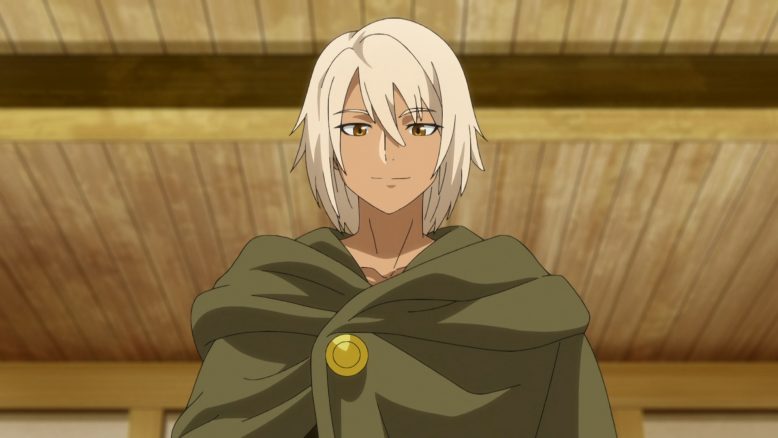 Yeah, this guy is evil

Now to see how things will play out. This Bui guy is so openly suspicious that there’s not much to say about him. He’s definitely got less than good reasons for seeking out Gideon. I’m not sure if he’s there to kill him to freak out Ruti or to use him as a hostage. But it won’t be good when they meet. Traveling with him isn’t a bad idea in order to figure out what his goals are and if he is on his own. Plus finding Gideon is a pressing concern right now. It’s just a risky choice to travel with this guy. But I can’t imagine Bui was introduced just to be killed off next week. At least we might actually have Red be found before the show is over!