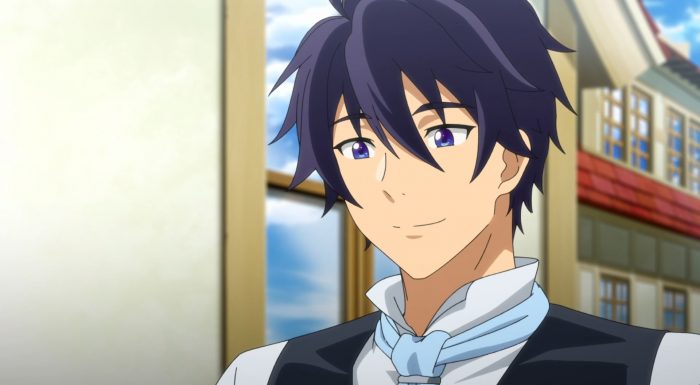 Now this was a comfortable first episode. It really did just drop us into things nicely and set up the premise without much trouble. Red being a really likable guy doesn’t hurt things either. He feels like a pretty mature fellow that is able to move forward while he has regrets. There’s no question that he’d have liked to have been able to continue traveling and supporting his little sister. But his limits are something that are inescapable. Leaving the party and living on his own have only hammered home what he can’t do. The important thing of course is Red learning to accept the good of what he can do. If he simply compares himself to Ruti’s party it will only be painful. 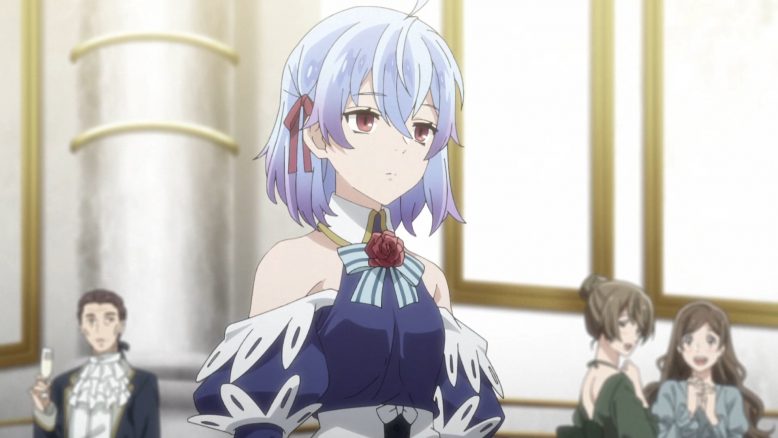 Honestly the person I feel the worst for in all this is Ruti. At this point it isn’t clear what she was told about the situation. Was she simply told the lie that he’s out scouting the demonic forces? Or was she at least told the truth that he was leaving the party and going effectively into retirement? If the plan was for Ruti to be the least inconvenienced then lying to her was definitely not a great plan by anyone. We haven’t seen enough to gauge her full personality. But I’d bet she cares about her brother a lot and would be worried sick about his well-being. She wasn’t going the extra mile to protect him because she doesn’t care.

Lying to her might make things even worse in all honesty. Protecting a weak party member vs, the potential to be distracted because she doesn’t know if her brother is alive is hard to gauge. Be a real shame if Ares ended up dying because she was distracted by that…Thankfully Ruti is in the OP enough that I expect to see her show up at least once. Or at least I hope it is more than occasionally cutting away to her activities as a hero. The girl deserves to at least be able to check in on her brother. 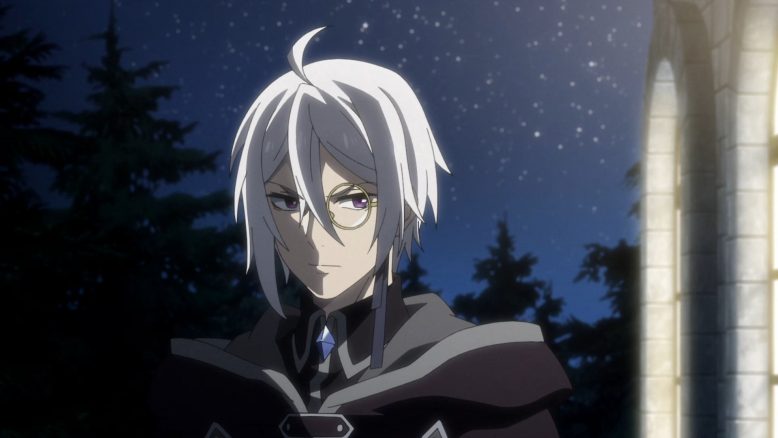 Drop this guy off a cliff

Honestly, I think Ares is a jerk. Even with his point being a good one, he’s still an unbelievable jerk. Are Red’s abilities limited? Absolutely. Was his strength essential for that party getting off the ground and reaching the point where he was no longer needed? Absolutely. It’s just downright scummy to demand Red leave his stuff behind. The party earned it and not him? Pretty sure he was a member of that party for the entire journey until that point. If they get to a point where magic becomes ineffective does Ares have to give up all his stuff because he’s not a true party member? All he did was manage to harass someone that was a useful member of the party early on and cause distress to the hero that will be carrying him through the final battles. Guy could fall into a volcano and I’d celebrate it. 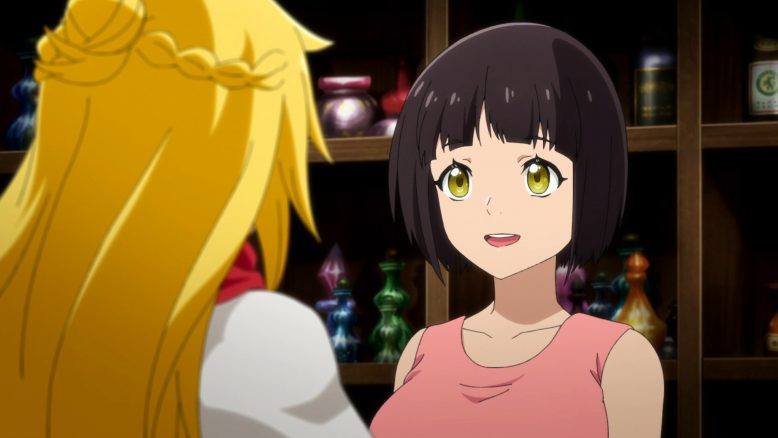 At least things are looking good for Red. By the end of the episode, he managed to get his shop built and opened up. Even without the very obvious ship with Rit on the horizon he was looking good. That nice receptionist Megria seemed sweet on him and that could have gone somewhere. His skills have a ceiling that prevent him from being on the front lines for the last battle. But he’s still absolutely more powerful than the average soldier and adventurer. Honestly, if it wasn’t concerned shameful to leave Ruti’s party he could have led the knights from his homeland without worry.

With his goal just being able to run his shop I’d say Red’s in great shape. Red is more than powerful enough for that. The only big issue for him is wanting to stay under the radar. If his identity is fully exposed then things could get troublesome. Being a powerful and handy adventurer is fine. But being a former member of the hero’s party that left (even for good reason) might just be more trouble than it is worth. Honestly his expected situation with Rit should be great. If there’s big action then she can take a lot of the credit and Red can stay in the background as much as needed. 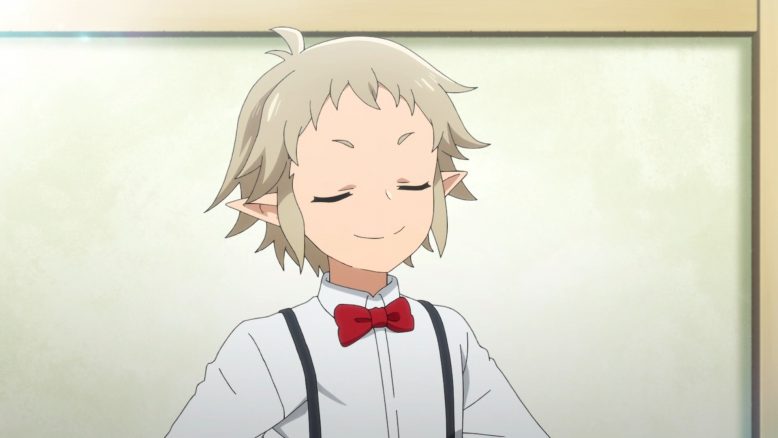 Glad he ended up alright

Those adventurers were rather stupid. I get that they don’t see gathering herbs as hugely important, but medical herbs are hugely important. If they get sick and the herbs aren’t available because they burned down a huge chunk of forest then they won’t be laughing. Killing a somewhat dangerous creature that is still deep in the woods isn’t exactly worth destroying those woods. Even worse is that they failed to kill the owlbear even with all that! Maybe it would have died in the fire anyways, but who knows. They were running low on heat resistance and would have had to leave with or without confirming their kill. Although I think if Red had been less concerned about secrets, he could have gone with them in the first place and kept them from doing anything that stupid. Thankfully everything worked out and Tanta recovered from that illness. 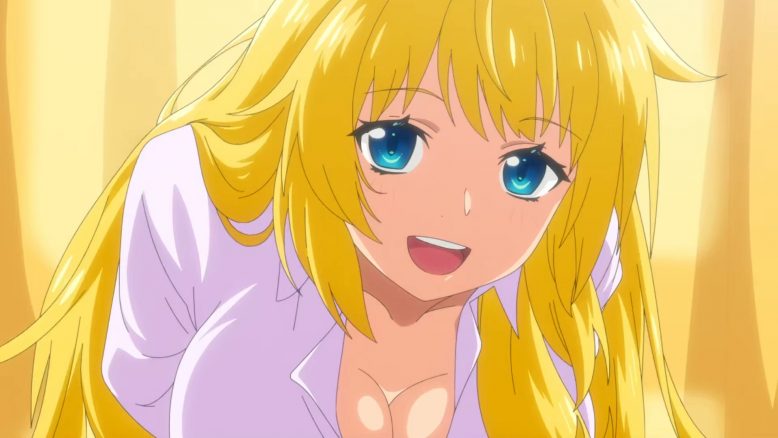 Will look forward to seeing more from her next time

The show is definitely moving at a slow pace, but that’s part of the title. Plus, I just had a good time with it. No isekai shenanigans here. It is just a fantasy with a few game-like aspects tacked on. Red has a nice maturity to him that you don’t see that often with most protagonists being a lot younger than Red appears to be. I’m looking forward to seeing him meet with Rit and seeing how things go from there. This kind of story can be nice.

in Banished from the Hero's Party,Shin no Nakama