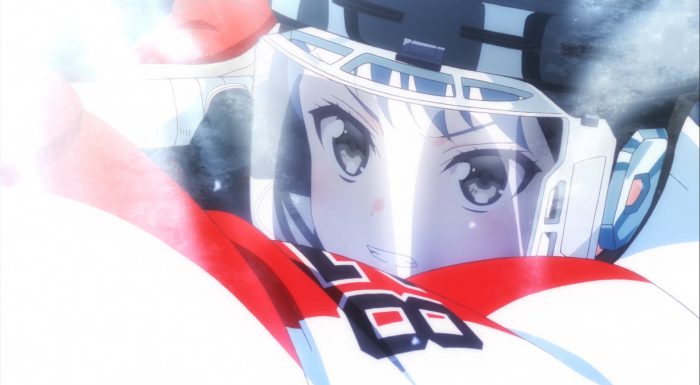 Well, at least now it makes sense how this anime ended up getting made. It did seem odd that a sport with a very limited presence in Japan could get this whole media project going for it. Of course, it is also an idol anime! It just makes sense! Worked for Uma Musume so why not hockey? I’m going to honestly admit my expression went blank once the game at the start of the episode finished and then they went straight to the idol performance. Maybe I didn’t look close enough to the promotional materials, but I can’t say that I expected this. 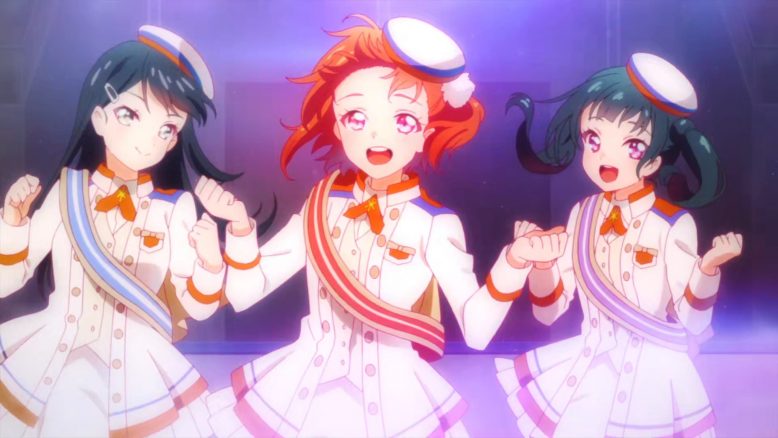 And I thought the idea of the Canadian women’s team losing to Japan was a shocker. Admittedly I’m also not sure why the characters were so pressured to score a goal when they did. Time was running out in the third period sure. But at the very least overtime would have started up after that and probably even a shootout. Not sure if this was the finals or a round robin game. But regardless it wasn’t like the game itself was about to end. But maybe they needed a win in regulation for some specific reason.

Nothing quite prepared me for what came next. Part of me was honestly hoping it was just a random dream sequence rather than a look to the future. But no, they really just started to put on a dance sequence on the ice. I’m curious to see if the show is going to explain how that part works. Seems like a good way to make your players break their necks trying to dance like that. There’s no mat on the ice, they aren’t at least trying to do it with skates, just boots and ice. Maybe they have grips on those things but it seems like a really dangerous way to perform something. 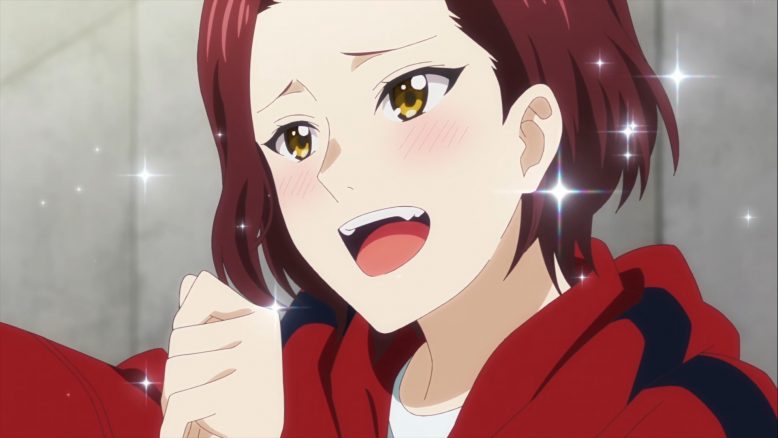 Honestly the delusion of the head coach behind the idol stuff makes me think this is how the series was greenlit in the first place. They didn’t think it would get enough eyes on it be as a mobile game or anime if it was just hockey. Not only do they need to explain a pretty niche sport in Japan to the viewers but they can’t even lean on fanservice. I’m sure there are people that find hockey gear and jerseys attractive. But there’s only so much you can do to appeal to a general audience’s desires that way. But having them change after the game to get into idol costumes to dance around? Now you’re talking about a way to get eyeballs on the game.

Heck, we’ve kind of seen this kind of thinking in hockey in reality. Obviously, we’ll never see an idol performance after games. But look at the NHL. The Carolina Hurricanes do their ‘storm surge’ after games. Something that is seen as utterly ridiculous to more traditional fans for other teams. But was used effectively to get hype going within Carolina itself and motivate that fanbase. It is hard to blame this anime too hard when reality isn’t all that far away from fiction. 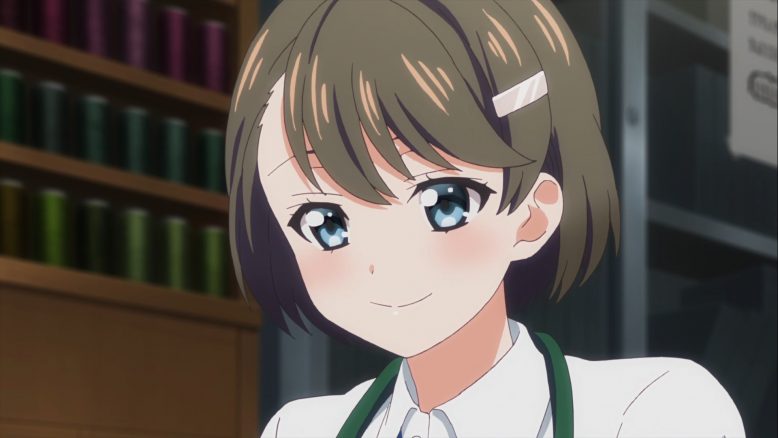 Best girl in the show so far

The characters themselves are all pretty standard. There isn’t that much to say about them right now. Manaka is your standard upbeat protagonist. She’s having a good time no matter what she’s doing. Be it embroidery or hockey she’s both pretty capable and upbeat. Though clearly her embroidery is rough around the edges. But that is probably the case as well for her hockey play and this is just a nice match.

The only other girl that really stood out in the main cast after one episode was Mami. She seemed to get a nice kick from the feeling of a hard pass being sent her way and managing to stop it. Embroidery is a big thing for her, but only because of the way it functions. If she can feel a strong connection when accepting or delivering a pass to her teammates then hockey works just fine for her as well. 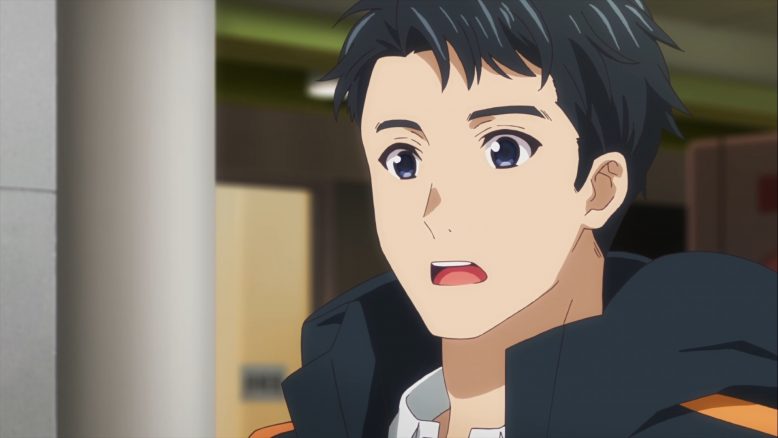 “Wasn’t this show supposed to be about hockey?”

Honestly, I’m not sure how I feel about this one. I initially expected something pretty basic. Just a bunch of characters picking up a sport and having some fun with it. Then when the promotional materials came out, I thought it would be a bit more of a dramatic sports series. But that in either case the focus would be on the sport itself. That isn’t completely wrong since there was a good amount of focus on teaching the characters how hockey actually works. But the idol stuff might really push it. Other series have tried to combine idols with other concepts. But this is a case where I don’t think anyone else will be doing these performances after a game. Just a strange celebration for the main cast. We’ll see how it goes. But I was left feeling a bit mixed after this episode.