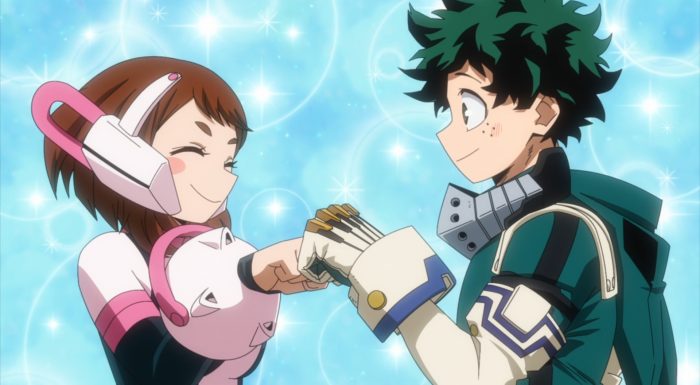 If nothing else this was a relatively stable episode to end the season on. The show did still have a bit of focus on the villains before transitioning back to the main cast again. In a sense it was mostly an episode of catching up with them before setting up the next season. Even if they hadn’t already announced a new season (which they did) it would have been obvious that more was coming. So, it was fairly sensible to just end this episode showing where this story is going. Any concerns I have over the hero’s ability to handle Tomura and his villains will just have to play out in this next arc. Hopefully they don’t start the next season with a random arc that erases most of the tension of this coming war… 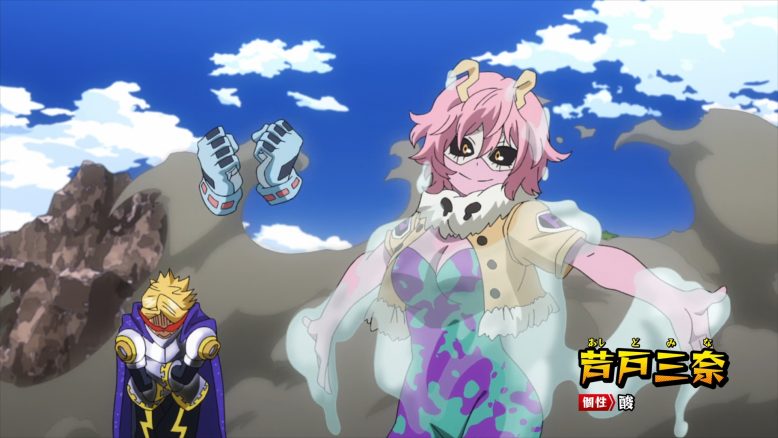 This is how it’s done

I honestly think this episode was kind of mean to the entire opening arc of season 5. In about 5 minutes it managed to do most of what this season took 11 episodes to do! Just a quick flurry of sequences against combat robots was all that was needed to show where the cast are in their development and what their quirks are. Didn’t even need the repetition “Hero Name – Quirk Name – Quirk Description” narration they use all the time as if people can’t remember these things without them XD.

And it also just makes that arc mostly pointless. Outside of Shinso moving into the hero side of the school that arc was also being used to show character growth and abilities. But those abilities got overshadowed and overtaken by what the cast learned during their internships. Some grasp of how quickly they are growing isn’t worthless, but it isn’t that essential to spend almost a full cour on it. I don’t want to spend forever ranting about the first part of this season. But it really was a less than stellar experience. 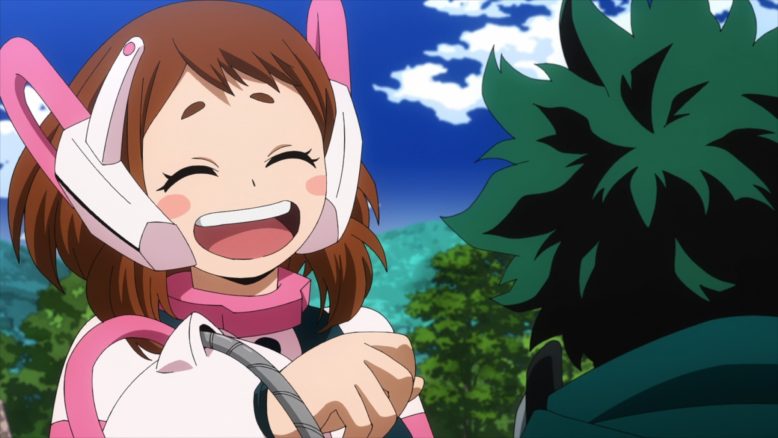 Bright spot of this season

Back to the positives though. I did appreciate the little friendship moment for Deku and Ochaco. Even if it does connect to me wishing they’d be more confident about just developing their relationship. But that’s just how it is. At least they are talking to each other and both are feeling pretty confident right now. Ochaco even reaching a level of ease where she could admit the reason she got those wires to upgrade her capabilities. It is kind of funny that the show makes a point that gear can add so much to the characters. While Deku getting new quirks is also an option, it isn’t necessarily the only way to actually achieve the same ends. 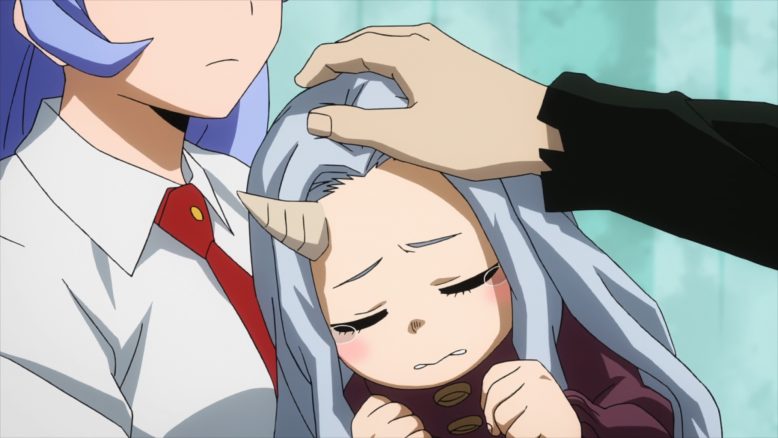 One thing I like is the differences between Present Mic and Aizawa. Obviously if the chance presents itself to avenge their friend Mic is going to make his move. That does make me a bit worried about his survival since he’s the type of character I can easily see getting killed off. For Aizawa it isn’t that simple. He feels like a survivor. At the very least I think he knows how important staying alive is. His words to All Might carried that kind of weight. Right now, Eri needs someone like Aizawa around that can shut down her quirk when she loses control without anyone getting hurt. And frankly his class needs him to not roll over and die. Not to mention the future students that will need guidance. I just get the feeling that when push comes to shove Aizawa will pick survival over revenge. 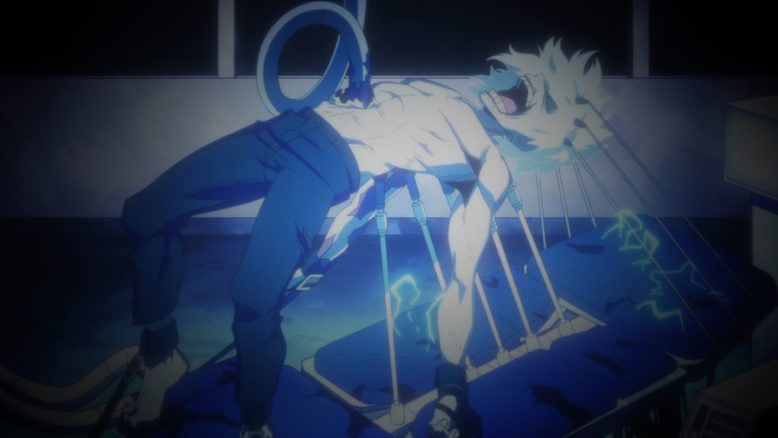 The episode was mostly just about settling into what is coming. Tomura is getting an upgrade while the rest of the cast are preparing themselves. Not sure I like the idea of keeping them almost entirely in the dark, but that’s the choice made to avoid leaks. I hope they won’t actually start next season with a final exam scenario and then jump back into the upcoming battle. But I guess we’ll find out next year. 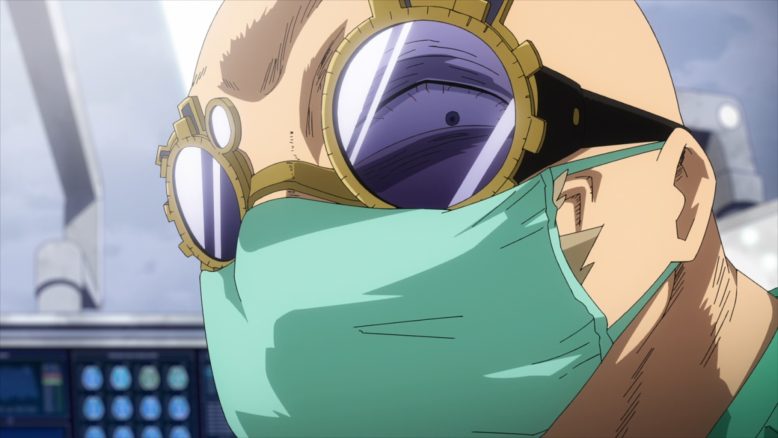 This season was a bit tough to be honest. The first three seasons of this franchise were honestly fantastic. So many good highlights like All Might choosing Deku, the training, the first clash with the League of Villains, etc. And things just kept stepping up from there with a good tournament arc, Stain, and eventually leading to All Might vs All For One. Things just didn’t take a step forward last season and I think they took a further step backwards this season.

Part of that is just on the movie. I have no idea how good that ended up being (though I presume it was perfectly good). But the cost to the actual season we got this time around was pretty high. Visually it was probably the worst that Boku no Hero has looked and the story getting moved around wasn’t great. I don’t love the idea of moving entire story arcs around so that they happen to coincide with theater release dates. Probably doesn’t help that they are release dates in a country that I’m not living in. But even if it was a worldwide theatrical release, it still would have really hurt the actual story. I hope the idea that this current movie is the last one they’ll make is legitimate. The series can’t handle getting thrown off by film considerations. 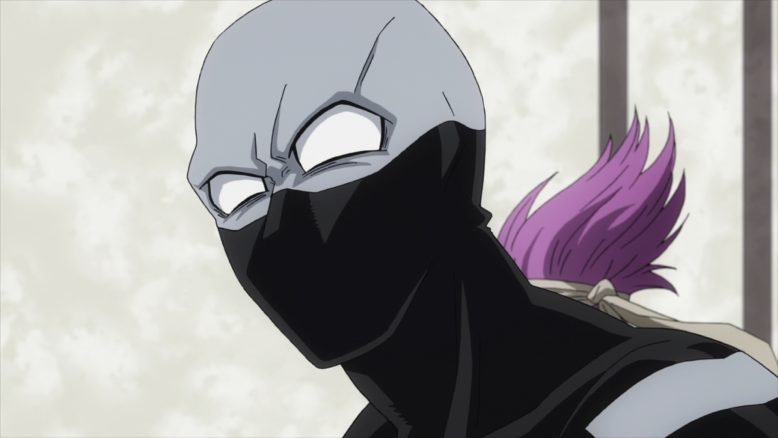 He had decent development

There was good in this season. The best stuff that comes to mind honestly was the Ochaco and Deku bits. Even if the show isn’t likely to move their relationship beyond this particular level. This is probably the stable point for it minus a bit of ship teasing every now and then. I also appreciated that Shinso got to join the hero course. Although I’m still shocked that didn’t happen earlier considering his strong showing in the sports festival in season 2. And I appreciated the League of Villains getting some focus. Even if the tension was undercut thanks to the story arcs being moved around. At least we still got to learn more about some of them while also seeing them grow. 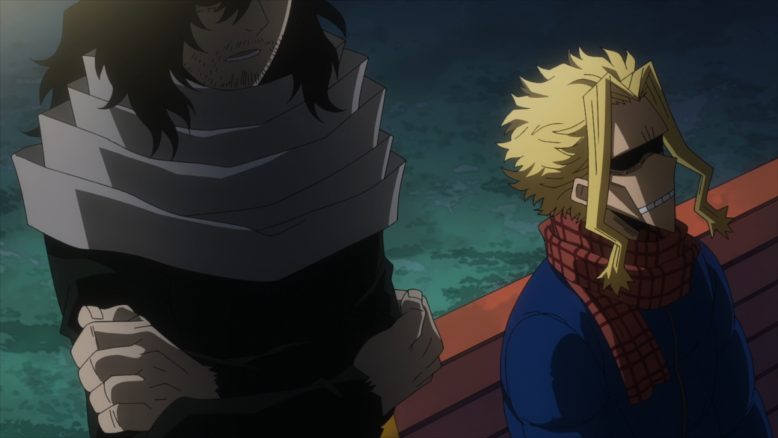 Fingers crossed for season 6 to be good

I will miss having this show around. But it won’t be as much as I missed it after the first few seasons. The story is just in a tough spot. You have All Might having to step back and letting others take the lead. And the results are a bit mixed. Deku especially is a bit shaky right now thanks to the choice to just load him up with additional quirks. Even if the story tries to downplay how strong those quirks were originally and how other characters can do creative things with just one quirk…I still have issues with it. Ochaco’s new gear and Bakugo’s use of his quirk for flight shows that Deku doesn’t need several different quirks. Just mastering One for All would make him arguably the most powerful person on the planet. Super strength and speed are that OP.

My fingers are crossed that the next season will be better than this one. But I’m not sure since the show hasn’t shown itself to be on a positive trajectory.