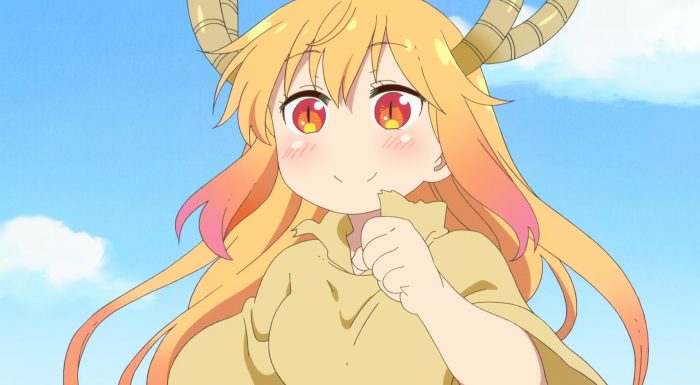 This season has been good about delving into the backstories of the main characters and this one wasn’t any different. This time it was about Tohru’s overall life story. We got to see her as a kid and we got to see how her life unfolded until she met Kobayashi. Not that we couldn’t have pieced together this backstory without it being shown to us. We know that she was friends with various dragons and that she did travel around to meet people. But it is another thing to see her going on that journey. The discussions she had with Lucoa and Fafnir really helped challenge her viewpoints and pushed her along. Even her breakdown with Elma helped challenge things inside of Tohru. It is no wonder that with everything weighing on her that she just ended up charging the Gods on her own. 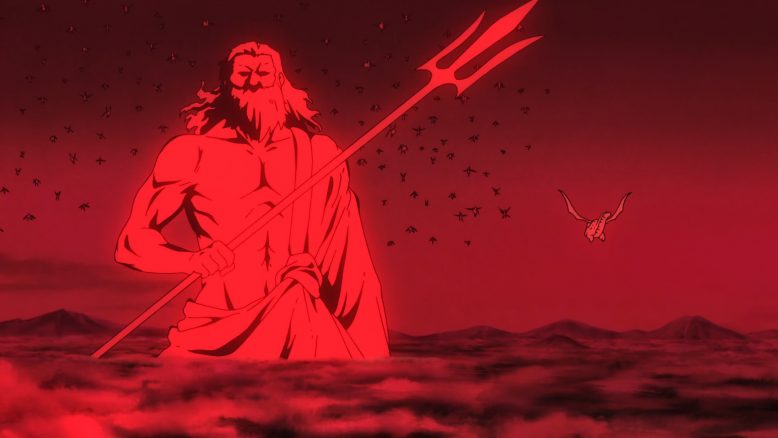 I can see how she lost this fight

In some ways there isn’t too much else to say about the story of Tohru. She had a lot of weight on her shoulders being the daughter of the one leading the chaos faction. It wasn’t a necessarily bad move for her father to basically let her do whatever she wanted and explore the world. Although he strangely went right back on that in terms of coming to forcibly drag her home at the end of last season. The guy kind of went back and forth in terms of his parenting. Although I feel like the show in general has gone much softer on him this time. Even Kobayashi considering him one of the better parents out there despite the whole…kidnapping Tohru last season and breaking her glasses. 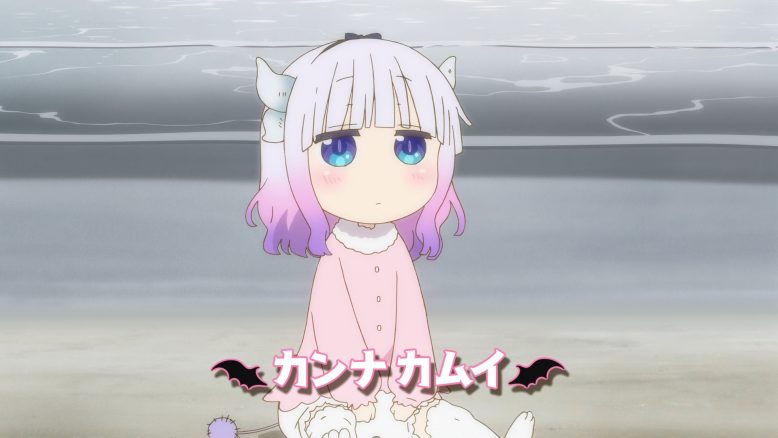 Tohru’s journey was overall fine. There were a few elements that left me pausing for a second though. The chat with Elma didn’t really feel like it fit. It felt weird seeing them start the original show the way they did with honestly…a fairly respectable parting. The breakdown following their fight flashback felt more appropriate for setting up their conflicts and later reconciliation. Here it felt like they should have had an easy time rekindling their friendship.

The Kanna portion felt perfectly fine though. It made sense that Tohru helped teach her a few things like transforming into a human. Kanna’s magic has been shown to be fairly underdeveloped. That fact isn’t a surprise considering her age. It makes sense enough that she wanted that ability so she could pull pranks. Kanna was a lonely girl and wanted some attention from her parents who were too busy preparing for a war that basically had been going nowhere for hundreds of years. Honestly the only thing I’m left surprised with for Kanna is that no one seemed to care that her parents dumped her in our world. Tohru being there was a huge deal, but Kanna didn’t get much notice. I get that Tohru is far more powerful, but Kanna is powerful enough to cause serious havoc. 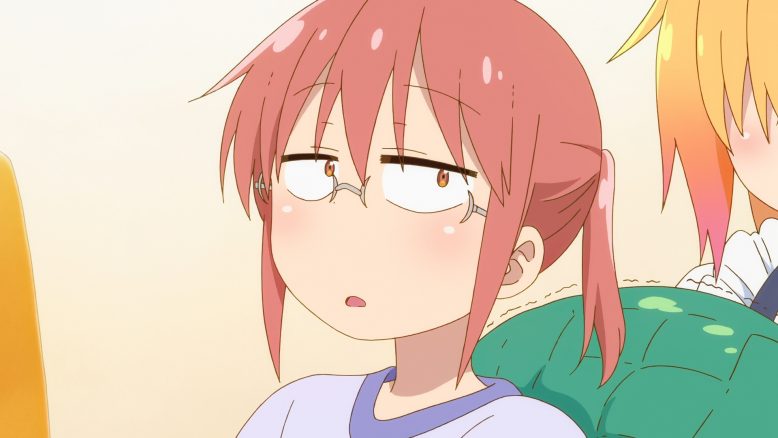 It can be tough for Tohru to hold herself back. Understandably she cares so much about Kobayashi and she wants to do everything possible for her at all times. And I do appreciate that she has some actual reasons for wanting Kobayashi to eat her tail. I guess it has useful properties. It makes sense that she would instantly turn to the other world for ways to help Kobayashi since she knows those better and they probably would work better than the things we have. Takiya’s point is solid though. I don’t think Kobayashi would have to leave our world just because she ingests a few things from the other side. But it is fair to say that Tohru doesn’t have to always race back for every little thing. In this case it is just a sore back and there are other options for such an issue. 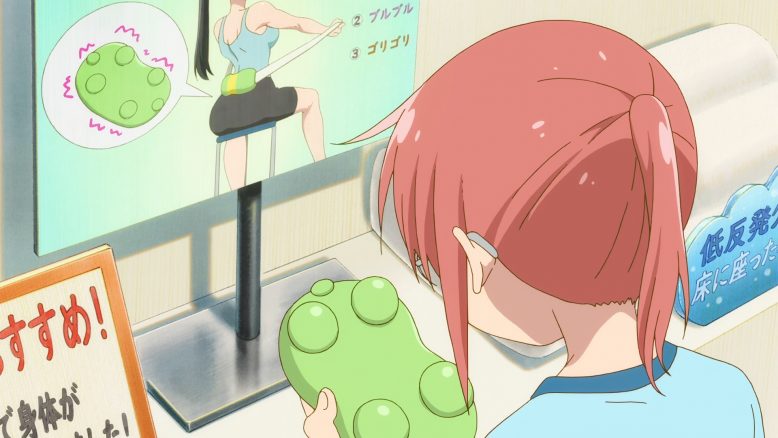 Kobayashi never seemed more human than when she went buying a bunch of stuff to try and help deal with her physical troubles…only to not use half of them. Impulse buying a lot of stuff only to have them scattered around a room just sounds appropriate. Thankfully Tohru’s words did push Kobayashi to actually use some of them. Even though I’d say the most effective stuff ended up being the good old physical assistance from Ilulu, Kanna, and Tohru. One can’t deny the usefulness of a tail massage chair XD. 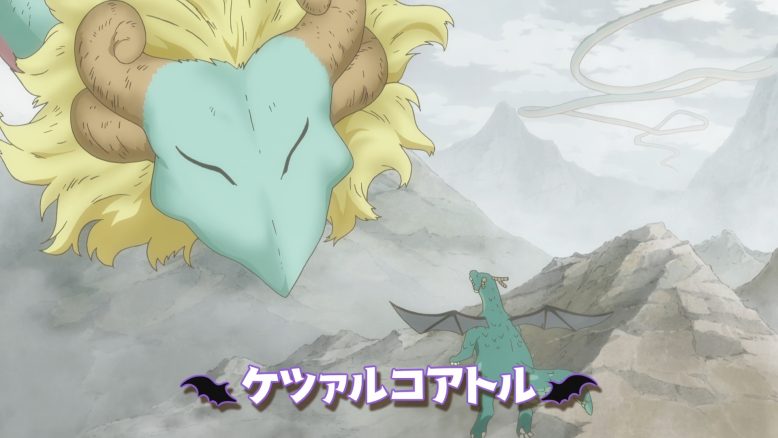 I kind of thought the last episodes would have the same intensity of last season. But I guess that’s not the case. That isn’t a bad thing of course. This season has sprinkled serious moments here and there so it doesn’t have to go that route to end it. Hopefully the last episode has good moments for as much of the cast as possible. It is going to be sad to see this show end. But at least it has been fun. Having this show back meant a lot on several levels. That it has been such an overwhelming success is all I could have asked for.