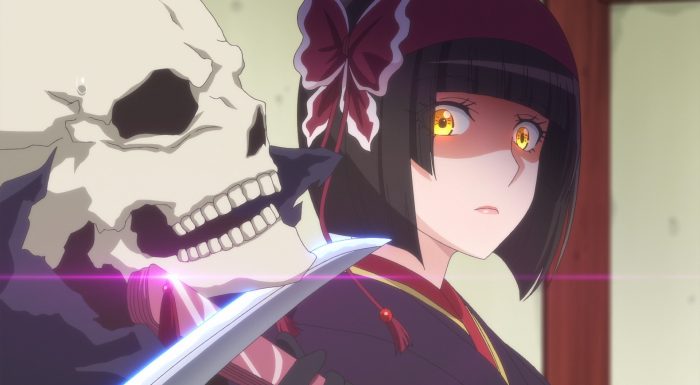 Those adventurers deserve everything that is coming to them. Whatever vengeance is sparked from Makoto and Mio will not be surprising. We don’t even really know what happened exactly, but it’s pretty safe to bet on what occurred. They set up last week that Tomoe can share sensations from her fragment. If she’s suddenly hitting the ground and bleeding then things aren’t good here. At the bare minimum her fragment is likely seriously injured. Things could get pretty bad considering Tomoe’s power is directly connected both to the demiplane and the barrier around the ogre (or just elvish) village. I don’t even know what happens if she theoretically dies. Does that plane of existence collapse in an instant? Or is Makoto still being around enough to sustain it? 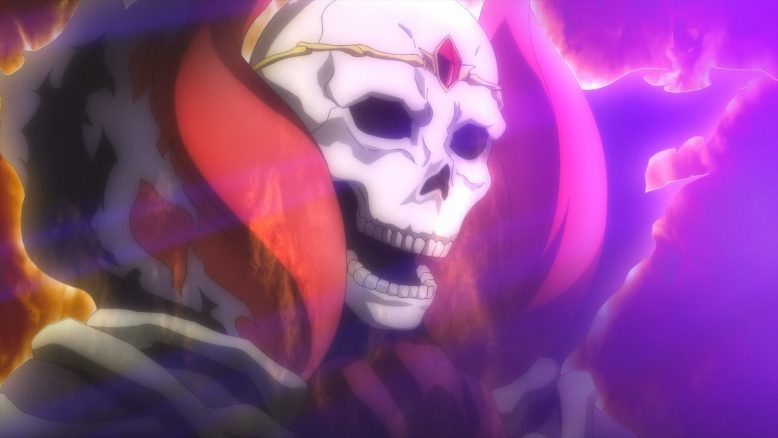 The scary thing is that we know Makoto can get so angry that he flies off the handle. To this point that hasn’t been a major issue. He got really angry against both Tomoe and Mio when facing them for the first time and he was upset about the Toa thing. But things didn’t spiral out of control. But in this case…it really could. The culprits in this case aren’t remotely on Makoto’s level. If he gets angry enough to not immediately care about the consequences then a lot of blood could be spilled before he settles down. On top of that he isn’t at his mental best here. The lack of training has thrown off his usual internal rhythm. If there is a combination that could lead to utter chaos it would be this. 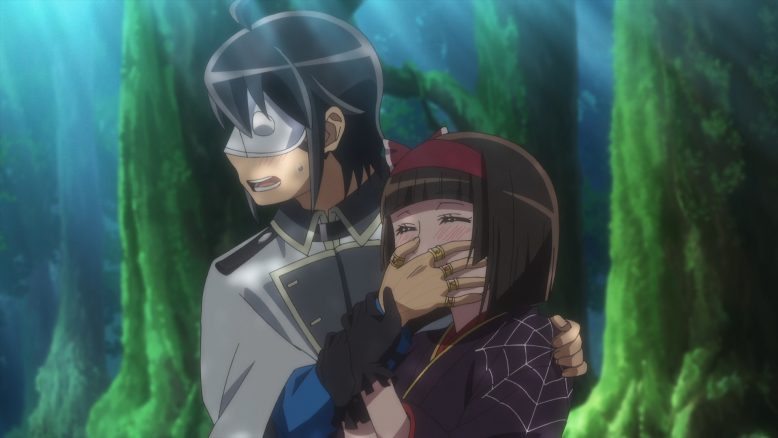 Before the crazy end to the episode there was a lot of good stuff here. The end to the initial conflict was handled pretty well. Makoto needed a perspective outside the chaos to calm things down. So, they first got the stupid adventurers out of there without much issue. Then it just required settling down Mio. Certainly, unsettling how effective having her drink his blood was. But it did work to be sure. I’m kind of worried that Makoto might develop a fetish out of that. Although I suppose it’s harmless considering the two people involved in this. And once that was settled then dealing with the ogres wasn’t all that tricky.

It was pretty impressive how simply they finished that fight without anyone getting hurt. Mio just casually devouring the magical spell before it could be fired. And then Makoto just broke the archer’s bow with a few quick attacks. No big issue and they were able to make their way to the village afterwards. 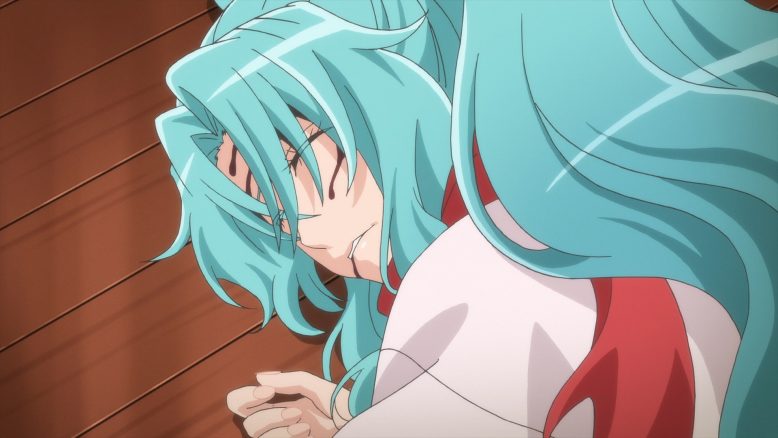 I kind of wonder how this village will be integrated into the demiplane. It seems a given that they’ll also join. They are also non-humans and were already living under the protection of Tomoe’s barrier. So, moving to a much safer location seems a given. I just mean it could be interesting considering they admitted their plan to assassinate Makoto during the banquet XD. Not that I don’t get their motivations, but it really would have blown up on them. If not for the Lich getting involved in all this then it could have really been a disaster…for the ogres. That turn of events allowed them to realize Tomoe’s identity. No question they’ll follow someone that Tomoe herself follows. 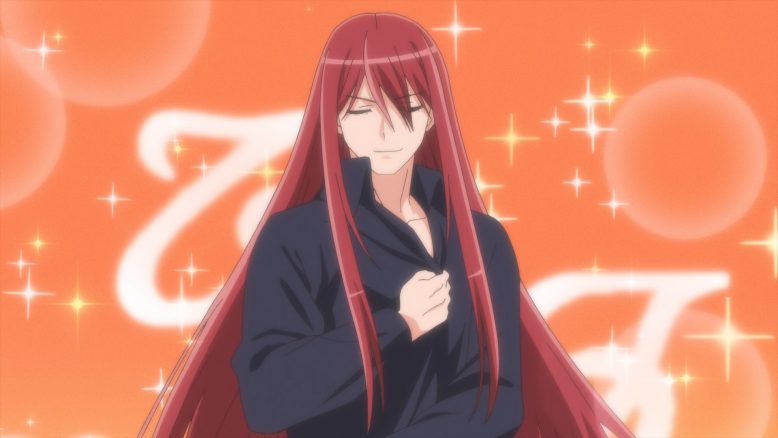 Welcome to the team

The lich ending up being another follower is something I didn’t see coming. I kind of figured ‘boss battle’ type of situation with his appearance in the OP. But I suppose there aren’t many options for a boss battle now considering how OP Makoto is. He’s only really held back by his basic understanding of magic. It’s just pure power that is putting him on top. If he can learn complicated spells, he’d absolutely be god class. A pretty scary situation for the lich to realize how Makoto utterly demolished him with very little magical understanding. 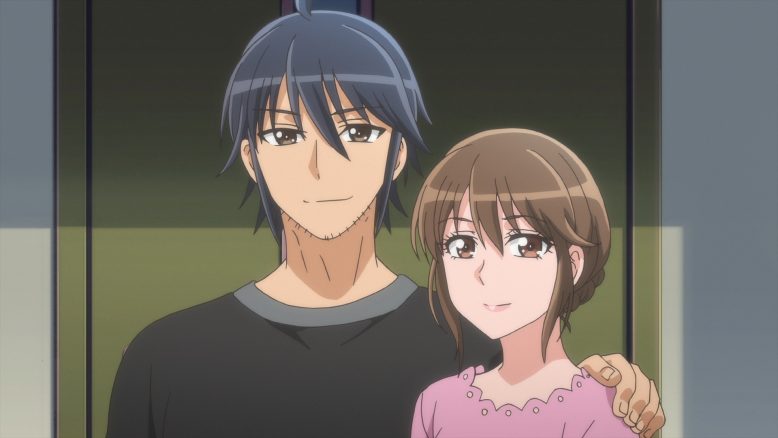 What is their story?

Honestly, I was really interested in the reveal about the grants. Makoto’s parents are insanely lucky to simply be alive. I really wonder what motivated them to try and leave for another world with such risks. The odds were good that one or both of them would die from the attempt. Sure, it worked out pretty well. They are living in a more technologically advanced world and have a lot of perks. But they also had to agree to give up a kid to that Goddess just to have a chance to try the near suicidal journey of leaving their world. It does mean that Makoto could conceivably go back home, but it is a pretty risky proposition. Does he have so much there that he’d almost certainly throw his life away for it? Would he risk those that would almost certainly want to go with him? 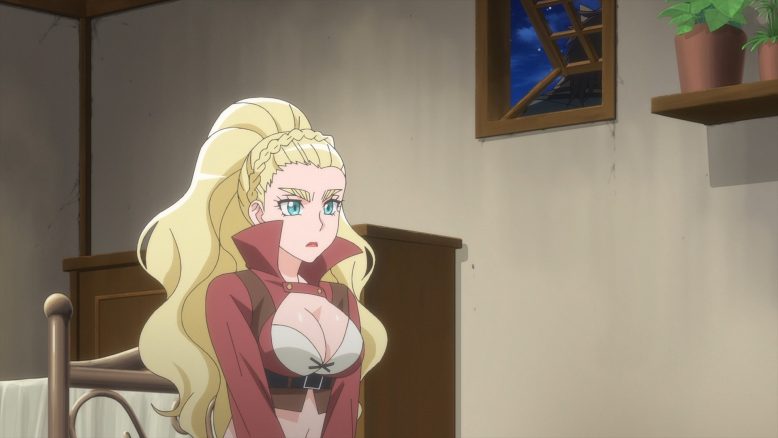 I can’t wait to see the next episode. It’s going to be nuts. At the very least they have the issue of Tomoe being seriously injured. But beyond that the odds are very high that those adventurers have done serious harm in the demiplane. There is a limit to that of course. They are likely limited to just the illusory city and there are many warriors in that place. But it is only growing larger over time so it isn’t like the whole army can hop over there to knock these guys around. So, the odds are good that Makoto will arrive on the scene and be left to deal with it. And I can’t wait to see what happens when he does…