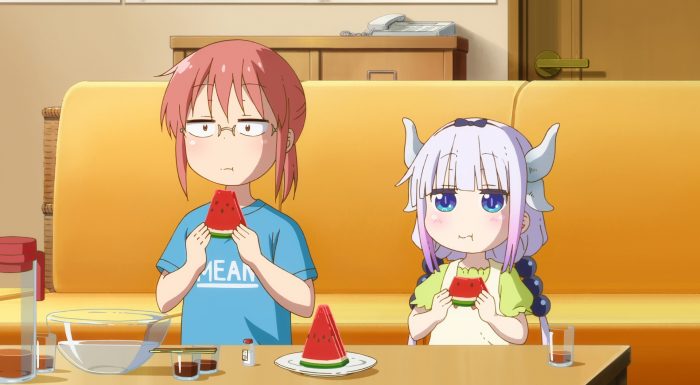 Kanna definitely deserved a focus episode. The season has either been spread to a lot of different characters or mostly focused on the new ones. Which is fair considering Ilulu needed to establish herself early on. Still, I can appreciate Kanna getting a chance to shine. This was all about her whether she was going out on a mini adventure or just going out for a walk with Kobayashi. It was a nice chance to show Kanna just being herself and all that entails. 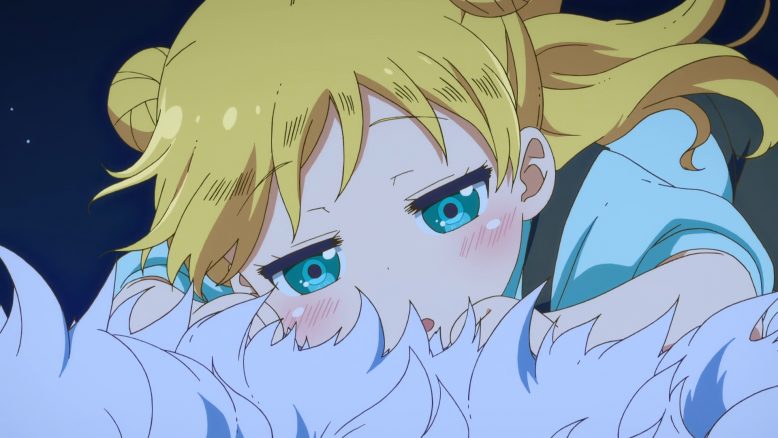 I already felt this way as the season has gone on. But now I really feel bad for Saikawa. Kanna meets this random girl on the other side of the world and in less than a day has revealed that she’s a dragon. But Saikawa is continually left in the dark even getting knocked out by Shouta to avoid her learning about dragons? Why? I was more or less fine with that since learning it about Elma first didn’t feel right. But seriously is Saikawa ever going to find out? We’re heading into the last few episodes of the season. Things are probably going to get really serious and focused on Tohru, Ilulu, and Kobayashi if the previous season is any indication. There probably won’t be any further chances to let Saikawa in on this until a possible third season.

It isn’t a huge deal, but I just kind of feel bad for her at this point. Obviously, Kobayashi knows, Shouta knows, even Takiya knows. I know a key element is that these are cohabitation so a bit more knowledge makes sense. But Chloe isn’t living with any dragons. The situation went down that path so it made some sense. But it makes no real sense to keep things quiet. Heck, Kanna mentioned wanting something similar to what Tohru and Kobayashi have. But she can’t really get there with keeping Saikawa in the dark. The only positive I can take is that it means more to tell her. But that’s only speculation until the show itself actually engages with that topic. I really hope they don’t leave her in the dark about this for the whole season. 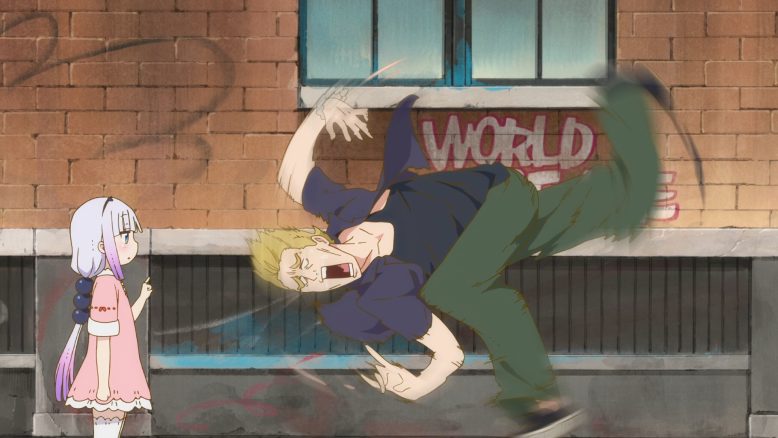 The finger is mighty

On the positive side I did like the idea of Kanna running away. Kobayashi really has filled the role of parent in her life. And it is very fair to have them occasionally quarrel and dealing with the aftermath of that. Of course, Kanna running away from home isn’t quite the same as any other kid doing so. There isn’t much on that planet that can actually injure her. Plus of course there was even less worrying to be done with Tohru was able to follow Kanna and keep an eye on her.

That doesn’t mean worrying won’t happen. I don’t mind that we didn’t get the exact argument since that doesn’t really matter. Both sides felt bad about it at the end of the day. Kanna saw her own fault in the fight and I’m sure the same was true for Kobayashi. Neither of them was sure how they wanted to apologize, but both were prepared to do it. Even the apology part wasn’t needed. We could get how that was going to play out just fine. 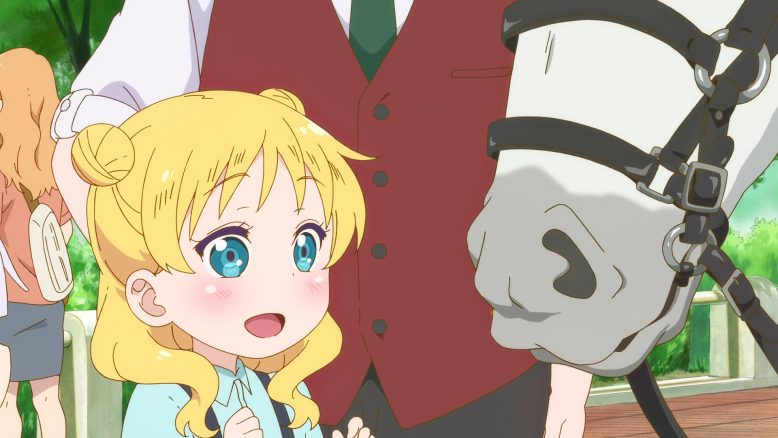 Not a bad kid

While I’m not hyped about the Saikawa issue, I don’t mind Chloe as a character. A pretty nice character in general. She was a very effective comparison point for Kanna. A girl that ran away from home and didn’t want to go back right away. It was a win/win that they could play around while trying to ignore their troubles. And it was a perfectly good excuse to let Kanna be a hero and help out a friend in need. Chloe won the lottery in terms of meeting Kanna like that. Otherwise, it’s debatable if she would have gotten back home safe or even alive. It definitely was effective seeing Kanna get so angry that she set off a huge discharge of electricity. Thankfully she was able to control herself so she didn’t leave bodies behind. 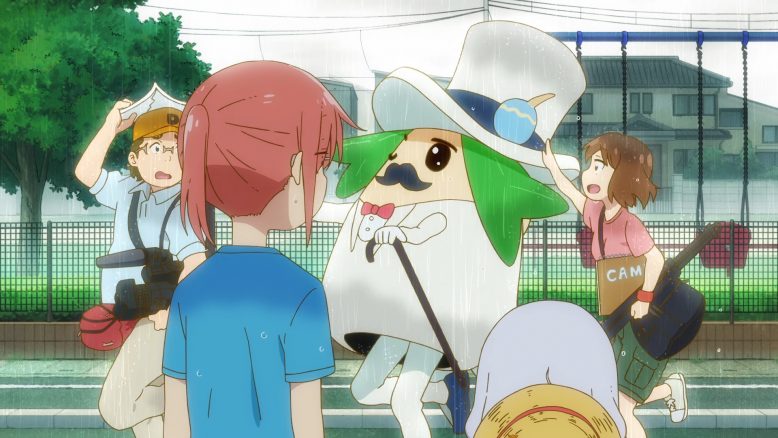 Well that was unusual

The walk with Kobayashi was good as well. We really haven’t gotten a ton of time with just Kobayashi and Kanna. So, this was a good chance for some bonding between them. A bit of a tough outing since Kobayashi just can’t keep up with the energy Kanna has. I’m sure though that this will remain a precious memory for the both of them. Just walking around, talking, eating, and surprisingly enough checking out the manhole covers around their area XD. They honestly do feel like family at this point. And it was pretty relatable and hilarious watching Kanna freak out over her summer homework getting a drink spilled onto it. That’s a mini-crisis right there. It is a bit sad to think that Kobayashi will likely be long gone by the time Kanna really grows up. But that is life for you. 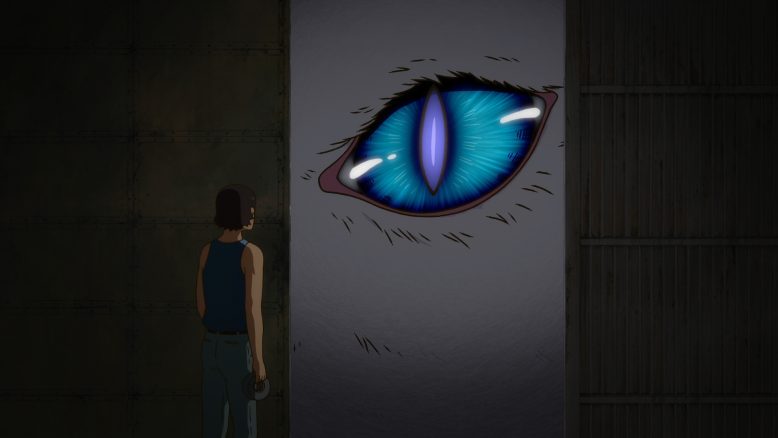 There was a lot I enjoyed about this episode. The second half may not have had that much to dive into, but it was really good. Just those mundane moments felt great. All the more so since it came after a bit of a fight between them. Once again, I’m reminded that dragons have some pretty unsettling choices for song lyrics.

Fingers crossed the last episodes of this season will let it end on a really high note. This season has been full of great moments and this episode had plenty of good ones too. I’m not sure they can match Tohru’s father taking his daughter away. That was a pretty powerful situation just for the impact it left on Kobayashi. But even if it can’t match that, I still expect this season’s ending to be good.