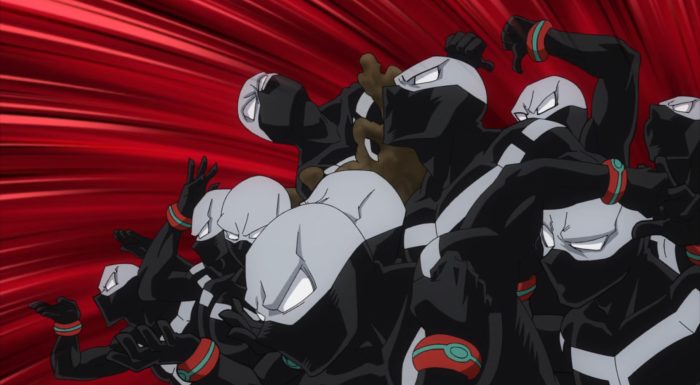 Things are quickly moving towards a conclusion here. With Twice working through his trauma there isn’t all that much left to take care of. Just need Tomura to finish off the Liberation Army’s leader and wait for Machia to show up to clean up the rest. All they need to do is steadily chip away at the Liberation Army without weakening them too much. Not a huge issue since there aren’t too many truly dangerous ones left. Just really the ice user and maybe the politician that can power up the Liberation Army. It’s probably for the best to keep them active for the time being. But that shouldn’t be too difficult thanks to that psycho Doctor giving Machia an early wakeup call. Good thing he did since the plan just wouldn’t work otherwise. 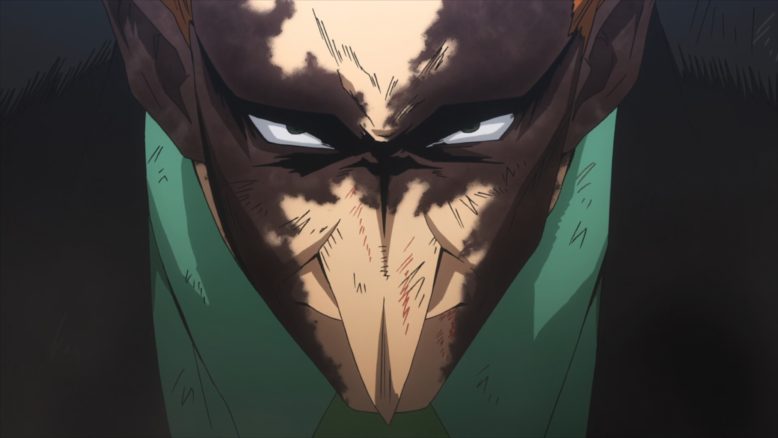 I’m sure he’ll try to put up a fight

I wouldn’t say this episode was as impactful as the previous one since the pace of Toga’s backstory combined with her really taking a beating in her fight allowed it to flow really nicely. Even though we knew she would survive it was still pretty intense. It isn’t that Twice’s backstory was bad since it played out pretty well. But it was pretty much just a straight forward flashback and then overcoming his trauma to instantly turn the tables on this entire conflict. After that the only challenge for the League of Villains was not winning too quickly.

Having Re-Destro ranting doesn’t impact much since it’s already clear he’s lost. Even without the future sight it’s clear that this is over. A guy with power and manipulating the size of his body (I think) isn’t going to do much against Tomura who is powering up and able to decay anything he touches. At least not without speed comparable to All Might. The only issue really is Tomura making sure he doesn’t take too much damage since he still needs to take advantage of the chaos to put down Machia. That’s the only real boss battle left. Since I can’t imagine the ice guy doing anything against Macha when he arrives on the scene. 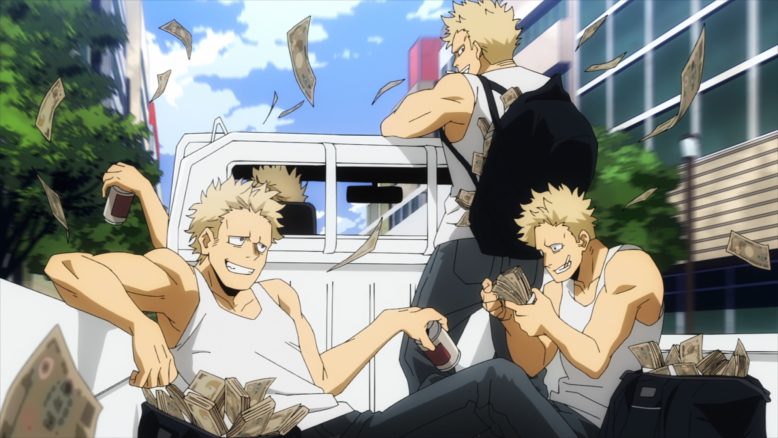 Certainly Twice had a bad run of things. Unlike Toga he just ran into one trouble after another and pretty simply slid into villainy. He only went crazy after reaching his lowest point. If people around him had simply been decent human beings he would have been fine. To say he was simply unlucky might be simplifying it too much, but it isn’t exactly wrong either. There was a lot of bad luck, a lack of support to pull him out of it, and here he is. The only place he can find belonging and friendship is among criminals. And all under someone crazy enough to basically want to kill everyone and destroy anything. No shock that he doesn’t have the strength to pull himself out of villainy after reaching this point. He’ll be a powerful weapon for the League of Villains going forward now. 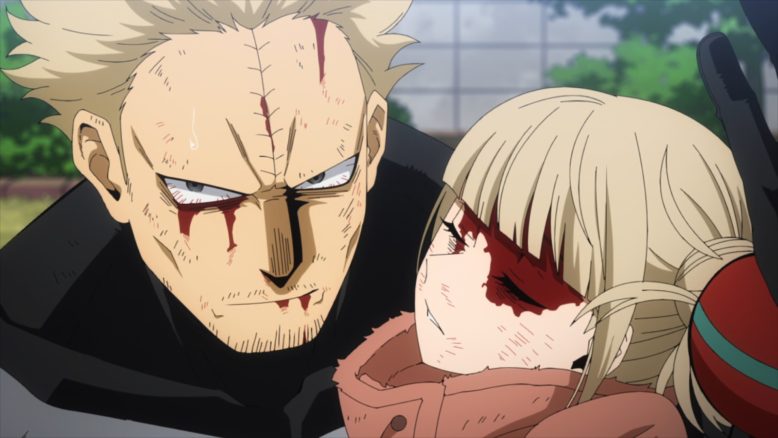 The Liberation Army really is a crack team of doctors it seems. They are just helping push the League forward and resolving some of their traumas. Maybe with enough episodes Spinner and Compress might also get powered up through all this. Although I’m not sure if that will actually happen. Their dream is going to die and their organization taken over, but hey…at least they were helpful. Although maybe you can argue their dream will continue in some form. In seeing an unleashed Tomura they can see the horrors of anarchy. They wanted a world where people could use their powers freely to do whatever they want…well here you go. I can see the frustration given the nature of that world. But, at least it wasn’t total anarchy. 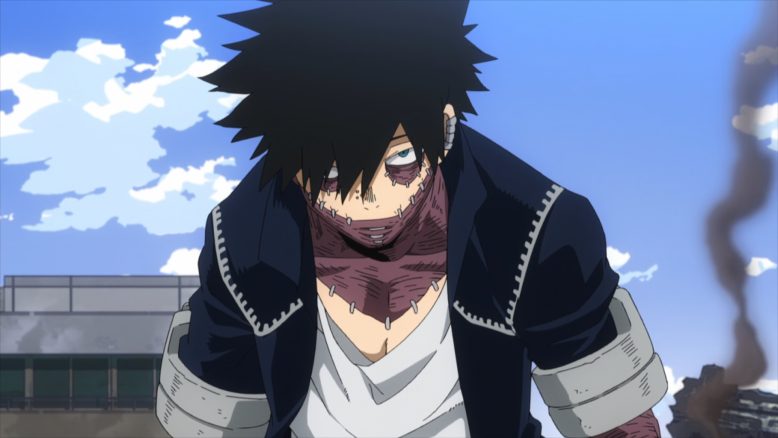 There’s a little mystery going on with Dabi. Makes you wonder exactly what the full story is there. Is he just the son of Endeavor that people thought died but didn’t? Is he another Nomu? Certainly if he’s injured by his own flames and his body is falling apart that would explain Endeavor not exactly giving him much attention before moving on to have more kids. Although the fact that he doesn’t appear to have ice powers would be reason enough anyways with how his character was at that point in time. Will be interesting to see if we get a backstory from him before this arc is over. 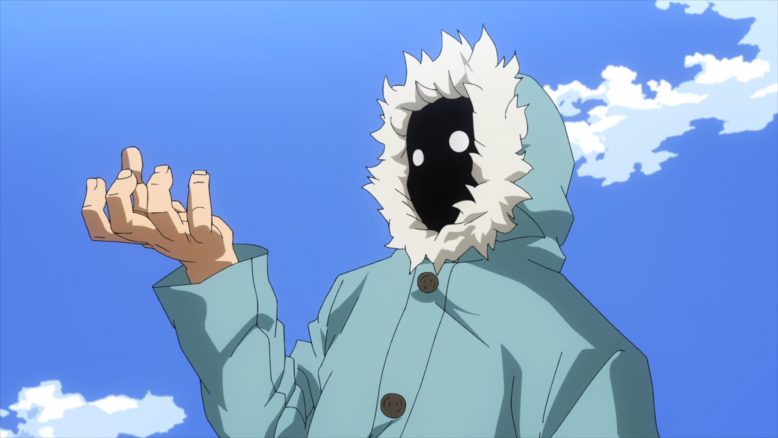 So this was a pretty solid episode. It wasn’t as strong as last week, but I enjoyed it. Twice is a sad guy in a lot of ways. He could have easily ended up on a good road. But he couldn’t get himself on that path and people just didn’t care to help him out. Next week should be mostly Tomura’s show against the sorry guy who has decided to get in his way. And Spinner will probably kill the politician. So that’ll be something. The only real mystery is if the guy who messed with Twice this episode will sneak away or if Twice will track him down and kill him. It doesn’t really matter, but it will be something to see.