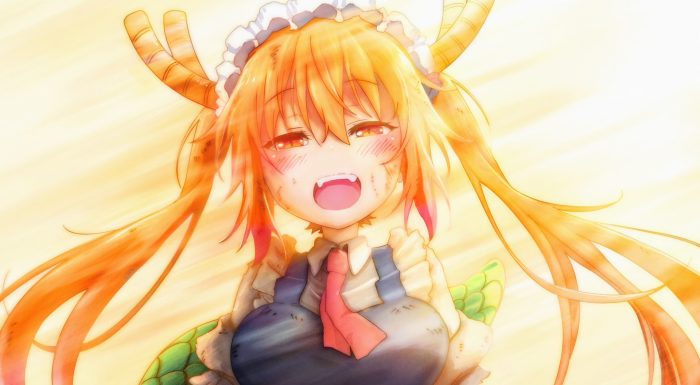 This was just another really enjoyable episode. The season overall has done a nice job nailing the emotional moments while also fitting in the ridiculous comedy to break things up. Honestly the show can pretty easily transition into being a full blown drama for much of an episode. Once again they split things up pretty equally among three different stories. No complaints either focusing on Shouta, Tohru, and Ilulu’s respective situations. It was kind of nice seeing Shouta really work hard to figure out his present for father’s day. I definitely appreciated the focus on Ilulu’s past and that doll that seemed rather important. And of course it makes sense why Kobayashi getting sick would freak Tohru out so badly. 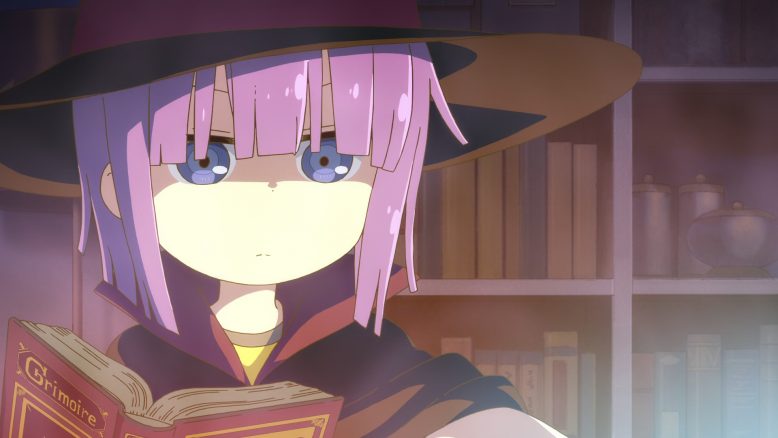 It was kind of nice that they just had Lucoa watching over Shouta for most of this and not actually solving the issue for him. It would have been fine for her to lend a hand or advice though. I do get him turning to Takiya after Takiya saw through him a bit. There isn’t much Takiya can comment on in terms of magic. But this is one time when normal stuff actually helped out quite a bit. While it was gaming in this case that kind of rationality can be applied to various things. The importance of understanding the author and what they were dealing with can be huge. Rather than constantly slapping his head against the wall Shouta was able to research things more thoroughly and figure out where he was going wrong. While I’d say the grimoire could have noted more details, it’s important to consider circumstances. 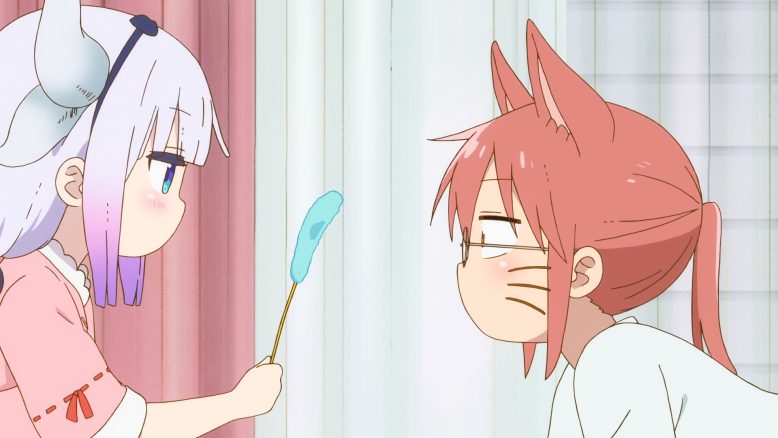 I will just say that it’s amazing that Tohru knows where to look for immortality medicine. Although I suppose Kobayashi might have mixed feelings about living forever and outlasting most people she knows. I can’t help but thinking that will be a discussion for the future though. For the time being though I appreciate how hard Kobayashi getting sick hit Tohru. Kobayashi is a rock for Tohru, Ilulu, Kanna, etc. But even someone that solid, reliable, and hardworking can get sick. And that’s completely foreign to Tohru and the other dragons who are basically too powerful for viruses to be an issue. It didn’t hit Ilulu and Kanna as hard. But I suppose Tohru’s feelings are intense when it comes to Kobayashi and the potential of losing her right now would be incredibly hard to take. Even if that day will come eventually.

Her journey wasn’t well documented but her body told the story. I can believe she went through quite the ordeal to first find a medicine that would be safe for Kobayashi to take and to convince the other party to let her have it. Although I guess the latter part wouldn’t be too risky. What beast tribe is going to refuse a dragon as powerful as Tohru anything? And while Kobayashi didn’t necessarily need medicine that smile and realizing how much Tohru went through to get it made all the difference. Even if she had to deal with some side effects… 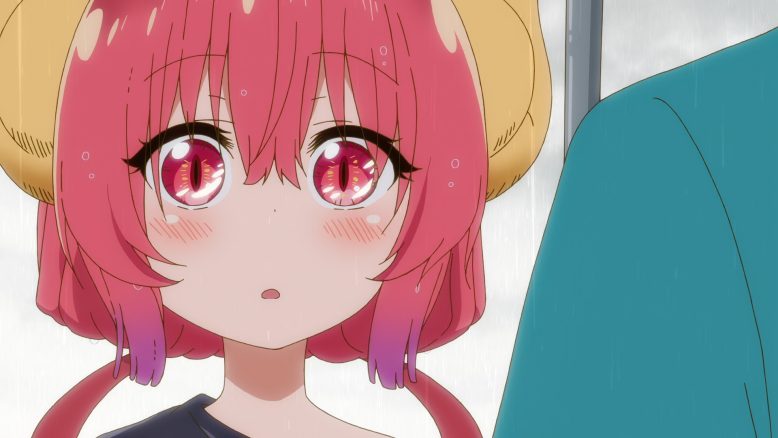 That girl is sweet

Ilulu has been a major emotional core of this season. So I’m glad she got more focus here. That doll was present in the OP and in some flashbacks so we could understand its importance. But it was something else actually seeing what happened. Everything went to hell and Ilulu had to leave the doll behind. Everyone around her was angry and directing her to follow down the road of chaos. Holding onto a doll made by humans was just not going to be acceptable. Either she had to leave it behind herself or someone would have destroyed it. In that sense it was a good mirror to the actual owner of the doll in this episode. The only difference is that girl had someone determined enough to make sure she got her precious doll back. 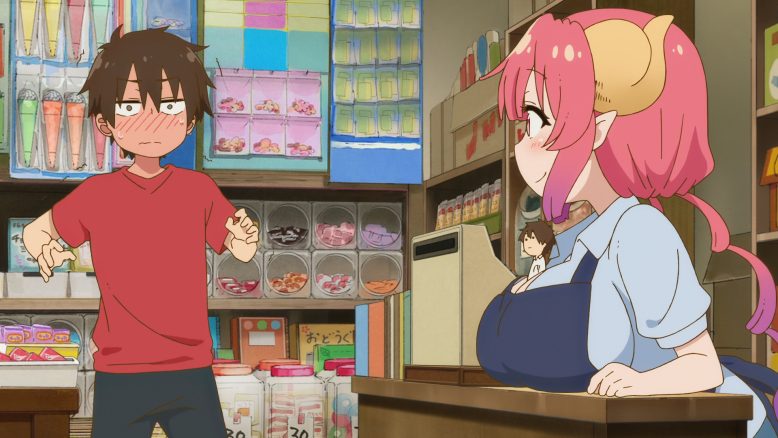 It is funny that while Kobayashi feels like the dragons rate her too highly…she comes through for them. Even without any supreme powers she managed to track down the owner of that doll. It took a bit of work and investigation but it did the job. Not going to be easy to surpass Kobayashi in the heart of Ilulu when she constantly helps her out like that.

Credit still goes to Take for helping out as best he could. He didn’t solve the issue, but he did help. Even if it was just helping keep the doll dry by holding out an umbrella. And still says a lot that she trusted him enough to admit things about her past. He’s not going to be brought into the dragon business anytime soon, but he got a good bit of information. Certainly the skinship and openness of Ilulu is going to take a lot of getting used to on his part. But, it is better to have her trust. 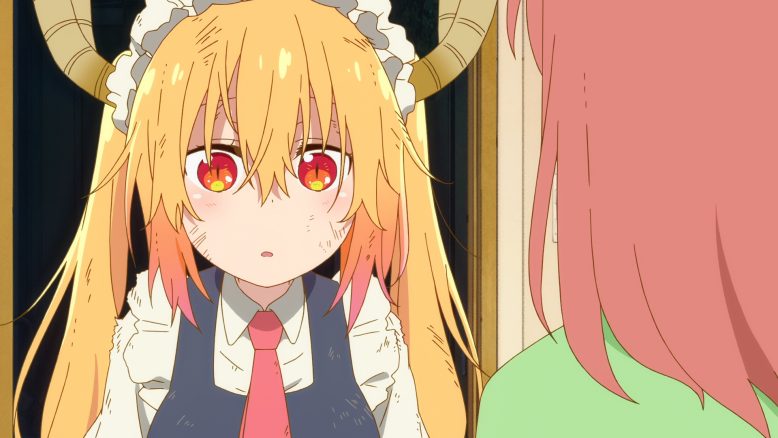 I just really enjoyed this episode. It was another strong one. These episodes may be pretty episodic, but they land properly. We get to understand the characters a bit better and their bonds are definitely deepening with time. The little things matter too like Tohru opening up to Takiya and seeking his help and honestly the same goes for Shouta. Nothing wrong with getting a helping hand when you need it. I’m going to miss this show when it is done. But, it is going to be a great ride until that moment.