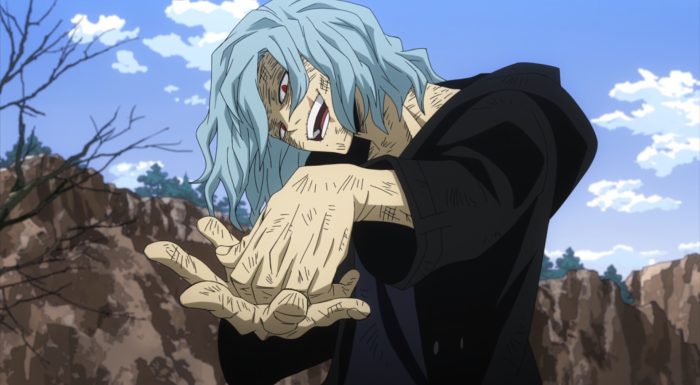 As a whole this was a pretty good episode. Not without some minor issues, but overall it really set the tone nicely. Focusing on the villain side of it was a good change of pace. All the more so since this group will be at the core of events in the short and long term. At least this wasn’t as much an evil boot camp as the preview made it seem. Of course the effect is similar. It isn’t like this Gigantomachia is really testing the villains here. He is just really upset that someone this far removed from All for One is supposed to be his successor. This is really just about venting. It is turning into a trial since for Tomura to stake steps forward he needs to bring this mountain under his control. 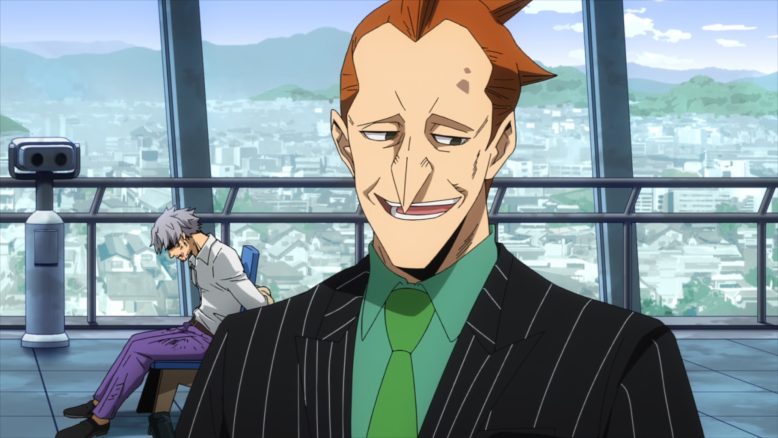 Smug look for a dead man

The whole Liberation Army fight would have more bite if we didn’t know where this was going! Sure we could predict that the League of Villains isn’t going to lose this. But at the same time we unfortunately know that they’ll end up running the Liberation Army. Considering the guy contacting them both threatened to kill them, their ally, and sick the heroes on them…he isn’t going to survive. I can’t imagine that kind of threat leading to the sides unifying. Which means the only real conclusion here is that the League of Villains is going to win and they’ll basically inherit the power of the Liberation Army. A group that either will get converted to the League of Villain’s wishes or just tricked because they don’t realize who is truly in charge.

It does take away a bit of thrill for this arc. We do know what is going to happen here. Things will clearly also get settled with Gigantomachia since Tomura is going to have time to be ‘powered up’ or just plain tortured by the Doctor. So this fight should go rather well. The League of villains obviously have to work the clock here. They have an hour to make it to the showdown location. Then they need to buy more time after that before Gigantomachia will show up to cause havoc. The biggest issue of course is that Tomura is the main target of this guy. Although I can’t imagine he’ll be ignoring the enemy attacking him since they won’t fully grasp the situation. 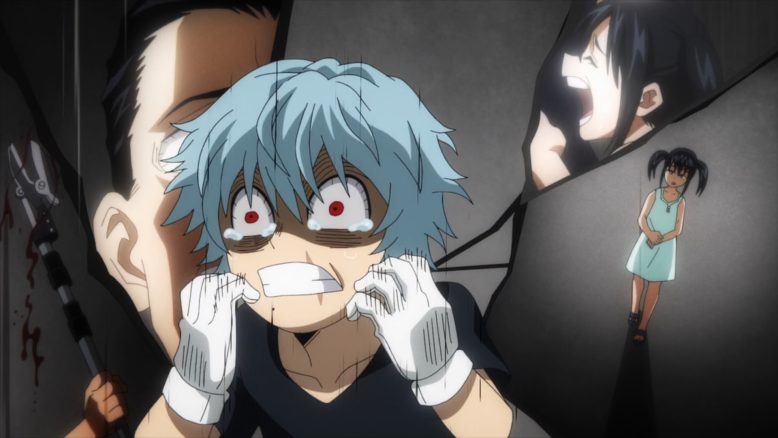 My condolences to those characters

It was worth seeing more of Tomura’s past. Rationalizing with this guy is just going to be impossible though. He doesn’t even have clear memories of his life before being picked up by All For One. It is kind of hopeless. He clearly experienced a horrific trauma of his quirk killing his family. Well I suppose that isn’t entirely clear. If All For One tracked him down like this it is possible he killed Tomura’s family. If he wanted to use the family of All Might’s teacher against him then that wouldn’t be impossible. But it is also possible that such a dangerous quirk could kill his family if no one saw it coming. A quirk that activates with just a touch is pretty terrifying. 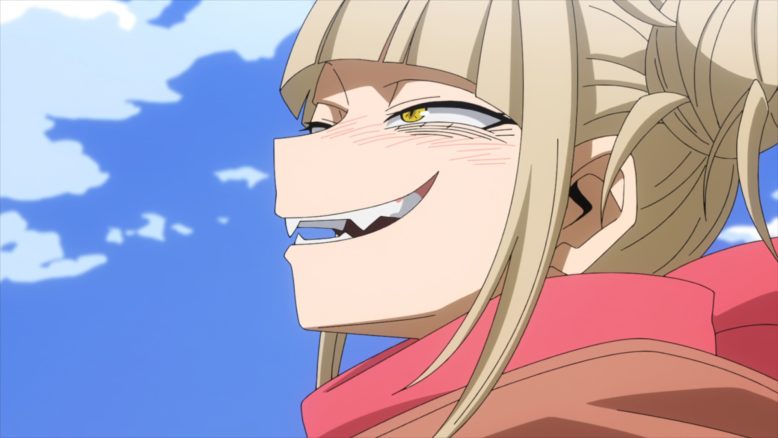 She has her interests…

I suppose it is interesting to note that if the world ends that Toga will secure the lives of Deku and Ochaco. Apparently Ochaco really left a good impression. Unfortunately it doesn’t sound like Tsuyu who also fought with her left as good a mark on her. At the same time I guess it shows Tomura’s maturity in handling her concerns about his genocidal intentions. I kind of doubt that he’d try that hard to secure the lives of their enemies because Toga wants to torment them herself. But I could see him at least turning a blind eye to her actions. 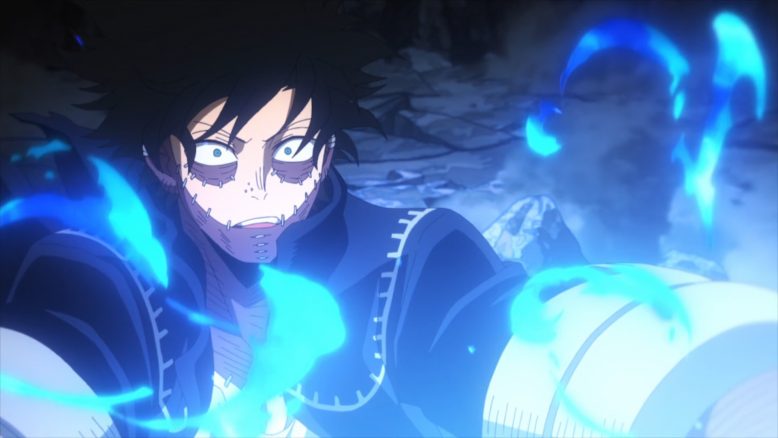 Dabi has no time for all this

Overall I enjoyed the episode. It would have been incredibly powerful if they just went straight to this without the time-skips. But that’s just how it goes. A good episode is still a good episode. I look forward to seeing how the rest of this season plays out. At least we can be pretty safe to end this one on a strong note. And considering the nature of this season that would be appreciated.