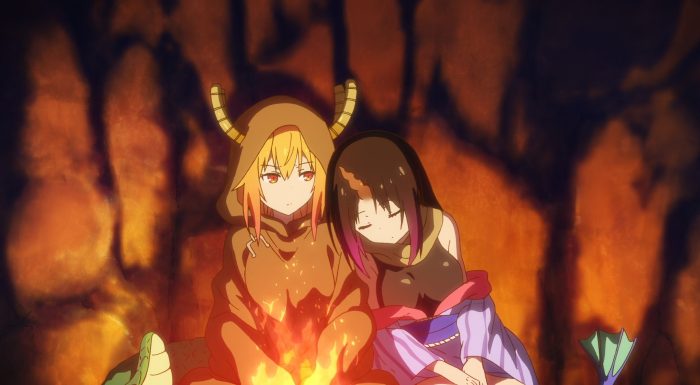 I didn’t expect that an episode that focused heavily on Elma and Tohru would be so darn enjoyable. From the start their relationship had been heavy on the bickering and I wasn’t sure how to feel about it. Things were always really combative from one side or the other. And Elma tended to settle into just being ‘the glutton’ without much else going on with her. This episode did a lot of good work to explore Elma’s more serious personality and really expanded on the friendship she and Tohru used to have. Sprinkling images of them journeying together really helped get across that this isn’t just some silly rivalry. They truly developed a strong friendship and then things blew up. Their rivalry is colored differently after seeing what happened between them. 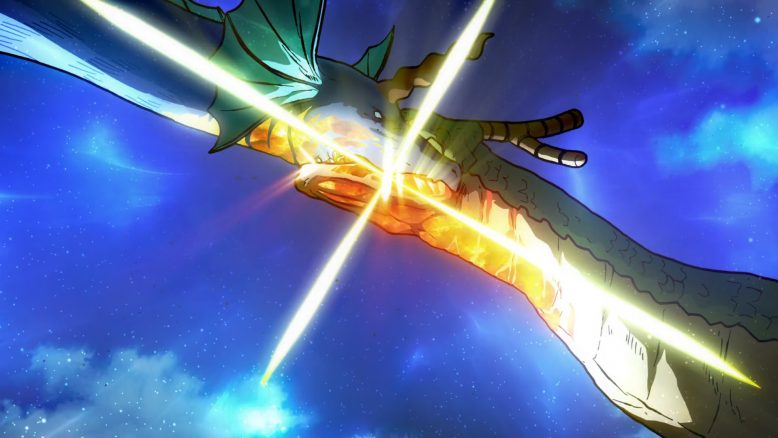 Glad they didn’t blow each other up

It leaves me sharing Kobayashi’s feelings that these two really are inseparable friends. It is because they care about each other that they try to shave away at the things they can’t accept about the other person. And having things they do like about themselves shaved at leads to conflict. Honestly I was kind of moved at the general reason Tohru acted out. She was very much taking a Chaos Dragon approach to the problem. She didn’t like the situation and therefore she tries to blow things up. If she wrecked the effective shrine being made for Elma then Elma would be free to be herself and not just a tool for humanity’s prosperity. But the way she approached it just set Elma off.

Elma herself was at fault since she knew things were going badly but she couldn’t bring herself to break the status quo. In part for the food, but because I’m sure she felt there would be suffering from people that lost her support. So they ended up fighting and giving us our first real dragon showdown of the season. It wasn’t incredibly long, but we got the idea. All the more so since it showed the differences of their dragon forms and how they’d end up clashing. I’ll give Elma props since to this point I really wondered if she was close to Tohru’s level. But she definitely put up a strong fight and it was as much a draw as you could get. Of course Tohru is still on top since while they are close in pure power, Tohru is a bit better at various magical skills. 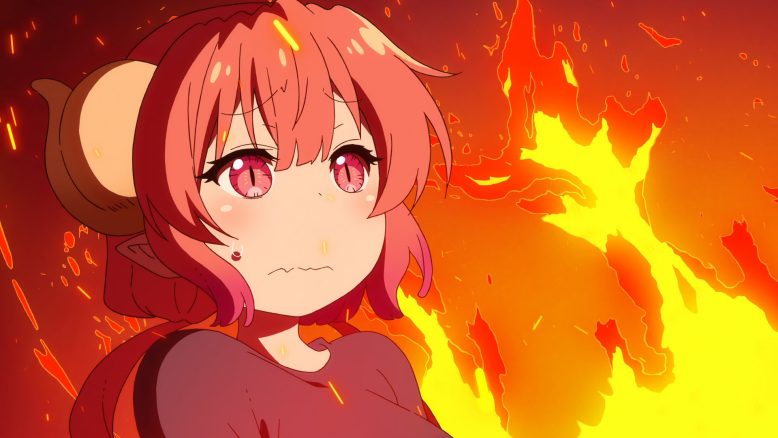 One must not anger Tohru

Every time the show spends time focusing on Ilulu it ends up making for a great episode. This girl has owned the season to be honest. She may have spent some of the episode just lazing around, but that makes sense. She is a dragon at the end of the day. Her sense of time is different from people. For her spending even a century lazing around while pondering her place in the world isn’t a big deal. Thankfully Tohru did give her the kick in the butt she needed to actually get out there.

And I really like her rationality for choosing the job she did. Her past clearly shows a connection to children that has stuck with her. She really does enjoy kids having a good time. Which is probably why she enjoys watching Saikawa. Her reactions are hilariously over the top and truly reflect how she’s feeling. So if Ilulu is going to work…why not pick a place where kids are happy? 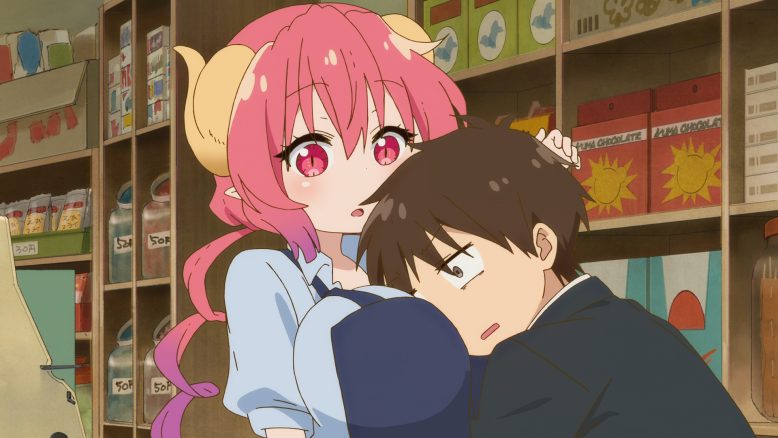 I have no words

Taketo…has a life ahead of him. I’m not sure how I feel about this quite yet. There are definitely bonds in this show that are way more bizarre. Lucoa and Shota being the prime example. So in a sense this isn’t all that far out there. A good amount is on Ilulu who is really still figuring out this whole fitting into human society thing. It isn’t as if she’s naïve. The push she made on Kobayashi in the first episodes reflected that she has a good grasp on human attraction. She just doesn’t really care that much. Does remember to just call him perverted now and then, but it is more just going through the motions.

It is certainly a pretty powerful experience for Take in dealing with this girl. But I think things are looking pretty positive. He rose up to being her second favorite person behind Kobayashi in one episode which is good work. And while he doesn’t have a grasp on Ilulu’s identity, they get along pretty well. She’s probably going to be a lot more useful to getting him to help out more at the store than his grandmother trying to push him at it. The best thing was that it did end on a wholesome note of just playing with her for a while. While there is nothing wrong with playing things up for comedy between them, a few good moments like that helps a lot. 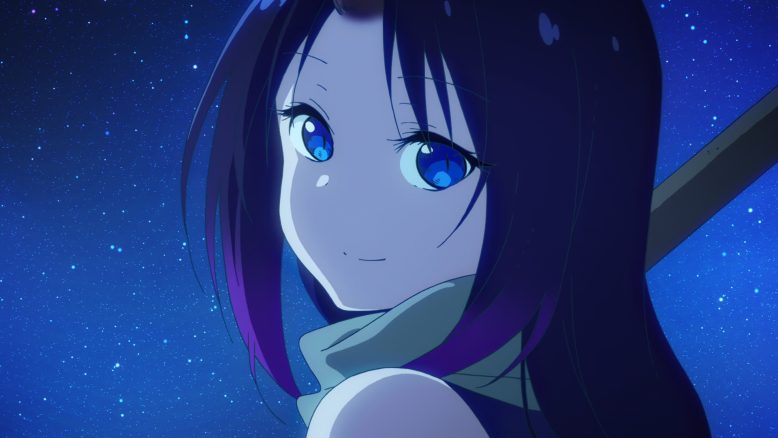 I had a really good time with this episode. The Elma and Tohru bits was a lot of fun since it was such a change of pace. Seeing these two travel together and build up a nice bond was cool. I do hope they can be a bit more open with caring about each other in the future. Bickering because they get each other so well is fine. But they are living in this world together (mostly) peacefully. There should be more room too just get along without having to argue. The next episode looks to be the incoming Lucoa and Shota episode…and I wish us all the best of luck there XD.