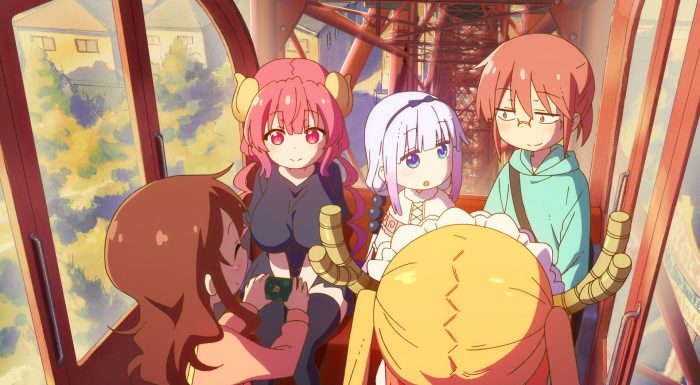 It almost gets repetitive to say, but this was another really good episode. I enjoyed the focus shifting to Elma for part of it. She’s been a nice supporting character. It is good to see her growing and getting better at her job. Elma put in the effort to get a handle on coding and can finally pull her own weight in that team. It really says a lot about Kobayashi that she just took all that onto her shoulders and never once mentioned it. She didn’t want to put more on Elma than she could handle and certainly didn’t want her fired. Although that last one might have been just to avoid having her potentially moving in as well XD. 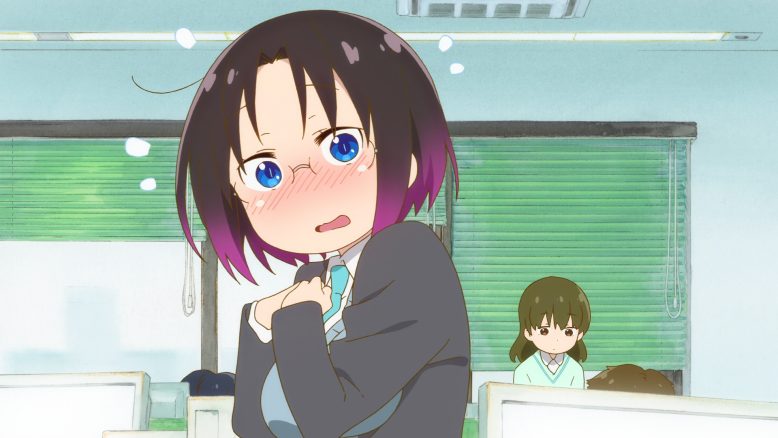 Says a lot about Elma’s character that she did express such concern about Kobayashi. Sure it wasn’t entirely necessary. Kobayashi can handle herself and if Elma does her share of the work that should be enough. But I think the care and concern got across just fine. Elma doesn’t want to see people sacrificed for others. And in a sense that’s a fair concern. There isn’t human sacrifice (as far as I know). But people can be sacrificed by others in other ways to make their lives easier. It was still a good idea to remind Elma that there is a difference. Some concern is fine, but no need to go over the top with it. 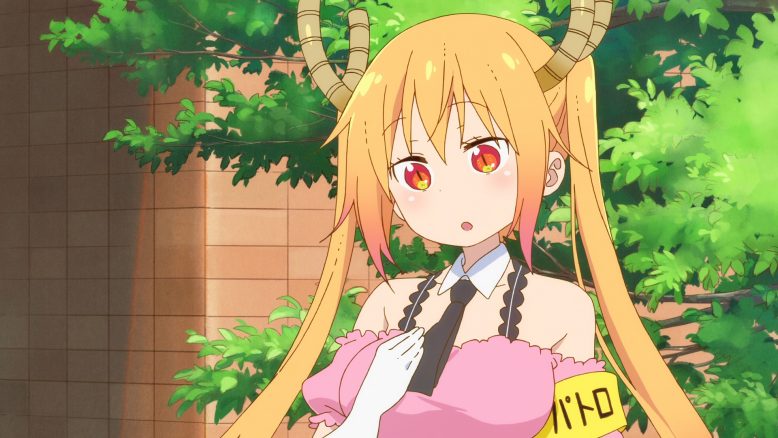 Really is a good look for her

Honestly, Tohru’s casual outfit was really cute on her. I know she’s fully dedicated to the idea of being Kobayashi’s maid. But it wouldn’t hurt anything to change things up now and then. Too bad that we likely won’t see it again anytime soon. But it was a nice change of pace. At least it did accompany her on a very fun and cute little bit of patrol work. With a few dragons walking around there isn’t a force on Earth that would mess with this neighborhood. I did love Sasakibe passing off her job onto Elma like that. I suppose she had far too much excitement just with that small group of delinquents earlier on the walk XD. It did allow for the amusing combo of Elma and Tohru to hang out together.

I have to agree with Fafnir that it is hard for dragons to handle the common sense of this world. Although I question his logic of practicing his dancing out on elementary school walking routes. There are just a lot of differences to handle. And the results can be some rather extreme acts considering where they are. You had Elma being a bit…much with those kids. And then you had Tohru’s aerial combo with “Ryuu-san” before delivering the pain to the whole gang. I suppose you could say she was more right since they were picking a fight. But both Elma and Tohru are rather extreme in their own ways. While they get annoyed with each other, I have to agree with Kobayashi that they make for good friends. 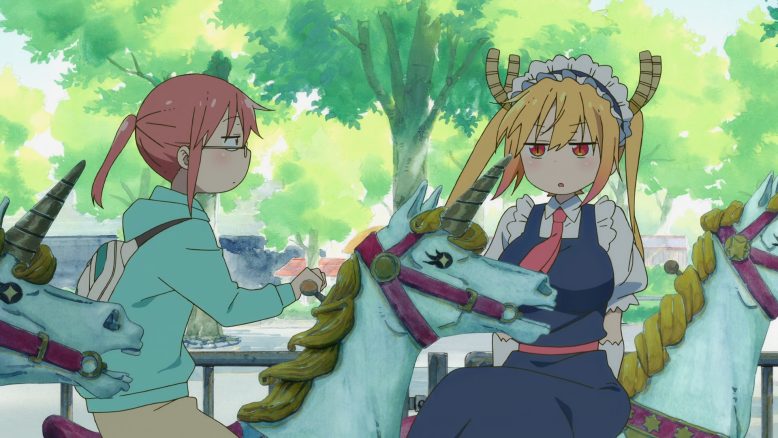 I give thanks to Kanna for creating the opportunity for an amusement park trip. Honestly it was a funny moment with Kobayashi pretending she knew all about them because she didn’t want to fall behind dragons when it came to her own world. And it makes sense that she didn’t think much of them because she never had a reason to go. Some places you just don’t visit without a push in that direction. The nice thing was how much fun Kobayashi really had. She left a bit of a comfort zone and there was plenty to be gained. The thing with so many experiences is the company. With Tohru around she really wasn’t going to get bored. Even if she had a tough time explaining the park to Tohru XD. 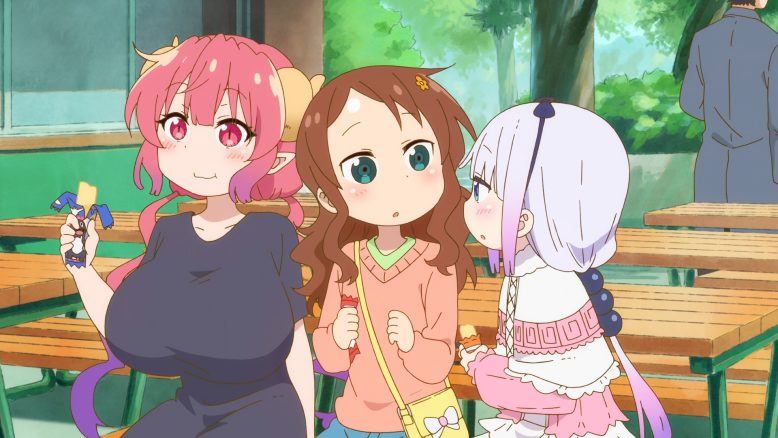 Well, she did try…

The trio of Kanna, Ilulu, and Saikawa honestly works really well. I’m glad that Ilulu managed to open up and accept that opportunity. Plus I’m just enjoying how solid the bond between Saikawa and Kanna has become. Hard to believe things started out with Saikawa being so hostile and Kanna having to fake tears just to smooth things out. Now we get cute moments like Kanna declaring that she’d protect Saikawa (which she really can) and Saikawa trying hard to control herself. I’m sure even she doesn’t want to go into a…squealing fit each time she gets too close to Kanna. So it was nice seeing her really try to keep a handle on herself. At least she did…before Ilulu and Kanna just had fun pushing her a bit further than she could handle. No wonder her happiness was almost maxed out for the day. 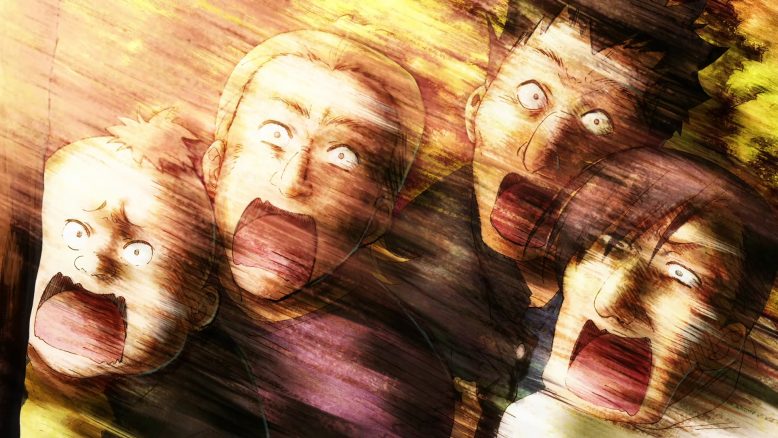 I really had a good time with this one. It was just another really solid series of moments with these characters interacting. They manage too fairly smoothly transition from one situation to the next without it feeling distracting. When we got to the amusement park part of the episode I was surprised there was still so much episode left. I did think near the end of the episode that we hadn’t really seen much of the characters in their actual dragon forms though. I suppose that’s just how the stories have played out rather than anything tactical about it. But it seems like we might get a bit more of that next week which is nice.