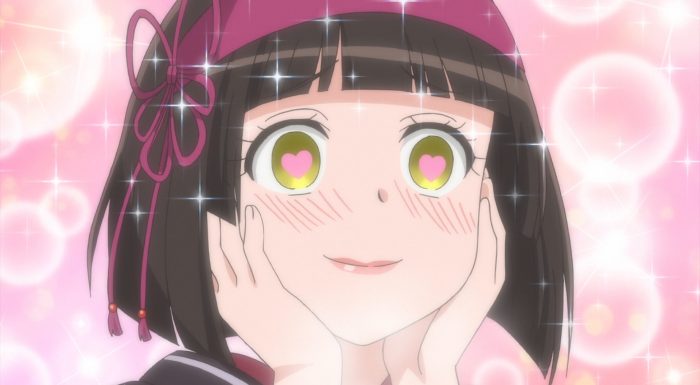 Things are certainly moving along at a brisk pace. At this point Makoto has been in that world for quite a bit of time. Of course I’d rather time keeps moving along rather than spending several episodes just on building up Makoto’s hidden city. And it is a bit more believable that special items like that ring are being created when the Elder Dwarfs are getting several weeks to get it right. In general the pace is brisk on the verge of going a bit too fast. But it hasn’t crossed that line for me yet which is a good sign. Instead I was able to just enjoy Makoto slowly building up to heading into a human town and getting to name Mio and Tomoe. Kind of nice that I can just use these names now. 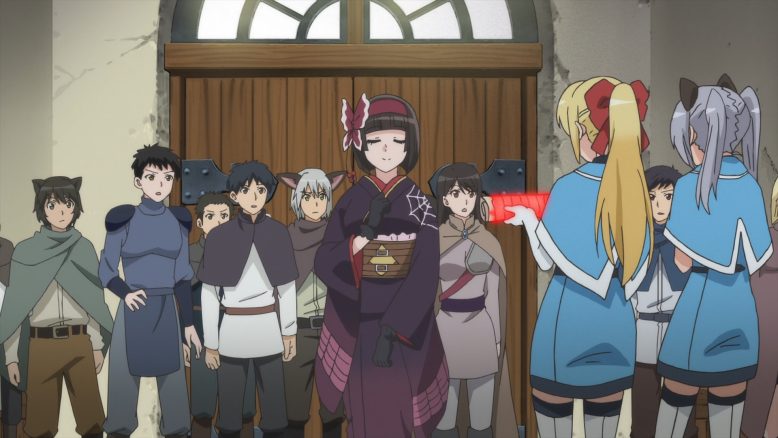 Yeah, the spider is strong!

The naming scheme was of course a classic. I know the Slime series is in people’s minds predominantly, but this really isn’t a new concept. Beyond this actually having been written first, it just isn’t a new idea. The most obvious concept of names equaling power for me is Natsume Yuujinchou. But even that is hardly the first representation of it. This has been around in various forms of fiction and history. It still absolutely works though and makes sense within the setting. I like the idea as well that these two know what kind of names would give them the maximum amount of power. Makes total sense that they understand that. Yet they choose to have Makoto pick the names he likes the most for them. It makes the whole bond that is going to form between them feel more natural.

Of course I wonder if the naming scheme actually explains why Mio has a higher level than Tomoe. It is possible the names were about equally suited them and Mio is just stronger in general. After all Makoto didn’t look in trouble when it came to defeating Tomoe in the opening episode. She got an edge with the whole mental attack, but once her broke out it wasn’t going to end well for her. On the other hand Mio was taking a lot of hits but she wasn’t ever in any real danger of being killed. Makoto couldn’t overwhelm her regeneration or ability to absorb his blood/magic to refresh herself. He did a lot of damage and did satisfy her, but it wasn’t enough to win. Without Tomoe making a timely rescue it could have gone rather poorly for him. 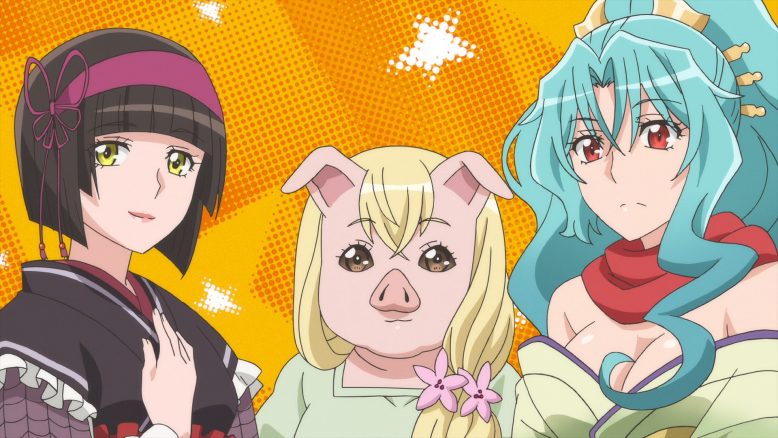 On that note it is good that both Tomoe and Emma are reliable when it comes to healing. Makoto having no means to restore himself is a huge issue. But that only matters if he’s up against something that can hurt him. Having Tomoe and Mio around should make it rather tough for anything to actually pull that off. I’m sure it will happen since the story would be boring otherwise. But at this point Makoto looks pretty well set to dominate most situations he walks into. At least so long as he isn’t being shocked emotionally by events. Not like the humans were likely to hurt him so long as he didn’t drop his guard. Although I suppose it is fair to say if he did completely drop his guard that he would get killed since it doesn’t seem like his basic durability to attacks is super high. 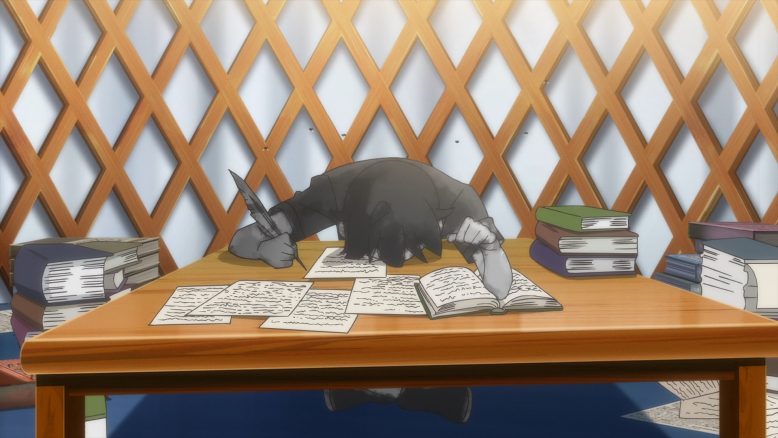 That Goddess is a real piece of work. We knew going in that she only left him with the ability to communicate with non-human entities. But this episode did hammer home what that would be like for him. Of course I think part of the issue was Tsukuyomi powering him up. But maybe it wasn’t since that Kai doesn’t seem detectable. So it could be that just living on Earth and coming ‘back’ to the homeland of his parents just left him super powerful in general and he’d be terrifying for most people to encounter. Not being able to communicate easily sucks. And this shows how gaining that ability is one of the huge things that most iseaki protagonists gain by default. Makoto spent weeks trying to get a grip on the language and did accomplish a decent amount. Speaking it…will be a work in progress I suppose. 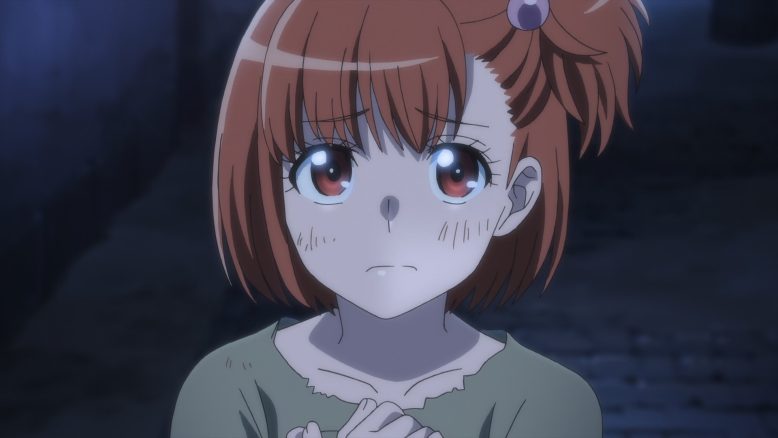 I’m curious to see how events will unfold in that town. We can see that something weird is going on. The financial situation is full of suspicious elements. And clearly the attacks at the end of the episode reflect that. I don’t respect the intelligence of anyone attacking since rumors of Tomoe and Mio’s strength and levels should be very well spread. They are instantly two of the strongest adventurers…period. But idiots will be idiots and I suppose an up close and personal example is needed for some to learn. I feel a bit for Makoto since the guy just can’t catch a break. For some reason his level isn’t going up. Maybe he’ll just be the world’s strongest level 1. It could be that the equipment is messing with reading his power. I suppose we’ll find out as time goes on.

Either way, I had a blast with this episode. It was the right kind of silly and set things up for an explosive episode next week. Still not sure if I’ll end up covering both this and Maid Dragon. But at this point I’m enjoying both too much to pick one over the other. So we’ll see how that continues to play out.