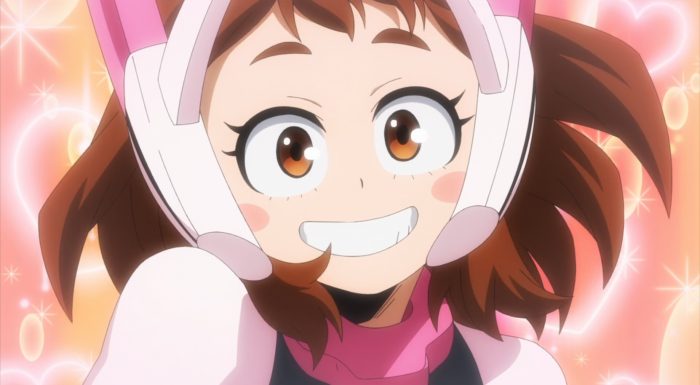 I have to admit it is a bit surprising how much of this season is tying into the next movie. It honestly leaves me a bit baffled as to why they are trying so hard at that. The previous movies as far as I recall didn’t require or even have the actual series itself bending over backwards to build them up ahead of time. This episode didn’t necessarily go that far in setting up the movie. But it was still clearly setting up the movie. A mysterious new drug that seems nearly identical to the drug introduced last season has appeared. The ending of the episode absolutely had a “here’s your movie boss” feel to it as well. Not as if this is the first series to do this. But I’m not sure I’ve seen many series actively move their story arcs around to make a movie fit better. 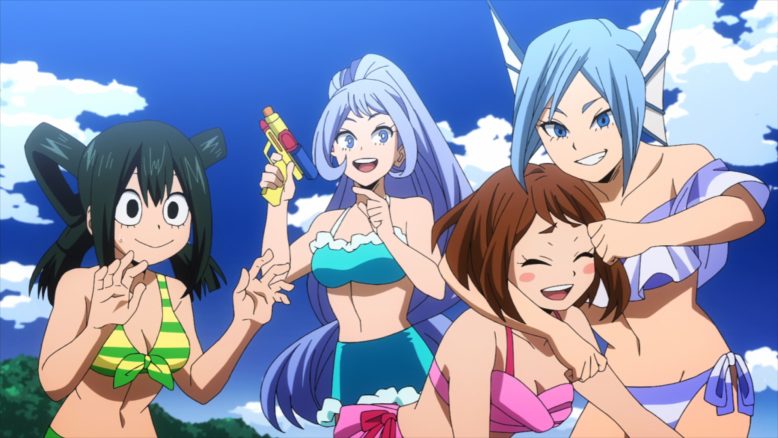 That’s not to say I thought this episode was terrible. I honestly think the franchise could focus more on the other characters in the cast. Deku is the main character. But he isn’t the only major character. This is a world and there’s nothing wrong with spending time in it. So in that respect I was happy to see them dedicate some time to Ochaco and company. I know that the Froppy anime-original episode they released before had people feeling mixed on it. But I enjoyed that one as a whole. I did overall enjoy this episode more than that one even if part of me was still a bit frustrated by how much they are twisting to tie into the upcoming movie.

One thing I could see bothering people even more was this being used as an excuse for a beach/swimsuit episode. I respect them trying to come up with a logic for it. Certainly it is good for the characters to be able to remember good times when facing down cruel and dark situations. But…this arc is taking place during their winter break. I’m not an expert on Japan weather, but I’m not sure there are that many trips to the beach during winter. But maybe events steered the characters to an area with more temperate climate… 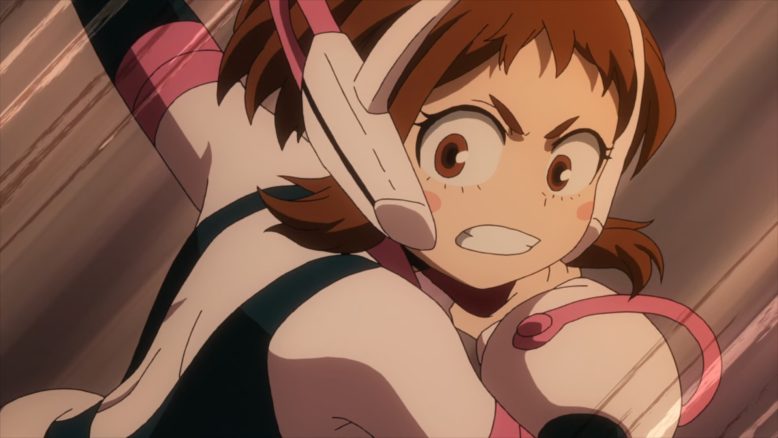 The star of this episode was undoubtedly Ochaco. She got her new costume and was central to actually saving the day. Froppy was the star last time, but this was definitely the age of Uravity. She is absolutely getting stronger and more capable. Even if Deku’s situation was a trigger for her, it was still Ochaco who chose to seek improvements to her costume with a clear purpose in mind. And it all leads towards the type of hero she seeks to become. There’s no doubt that Ocacho can become the kind of rescue hero that faces a crisis with a clear head and takes the proper steps to reach and save the people in front of her. The extra range on her costume was a nice addition, but I really liked how she’s continued to build on the martial arts she has been learning.

Things did get dicey near the end. It might be worthwhile for Ochaco to take some flight lessons. Hard to say how often the knowledge on how to fly a plane might come in handy. But it would be better to have the skill if she does need it. If she wants to rescue people then being able to handle major forms of transportation could be necessary at times. Credit to her for rising above her limits to keep that plane from crashing. I think she deserves even more praise for being the person to realize that letting a plane full of chemicals crash into the ocean would be a bad thing. I do respect Asui for being worried about her friend. But in this case it was important to push things a bit in order to avoid a small catastrophe. 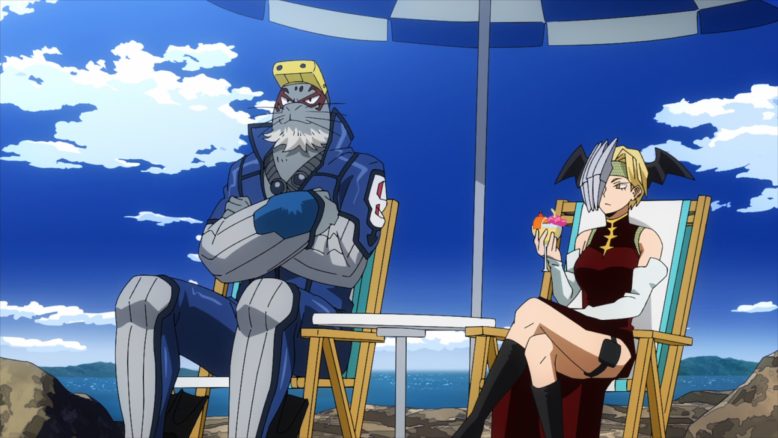 It was kind of nice to see Selkie again. I’m not sure he was as interesting in this episode. They played up his quirk of trying to act cute, but that was about it for him. He did at least get to knock around a few criminals which is something. The guy might not be one of the top tier heroes, but he is good at what he does. The same trick on the ocean wasn’t going to fool him twice. I’m not 100% sure if he was completely made up for the anime or if he was just elevated for the sake of these anime-original episodes. If he is just anime-original then I suppose this is the last we see of the guy until another season where they need another episode like this. 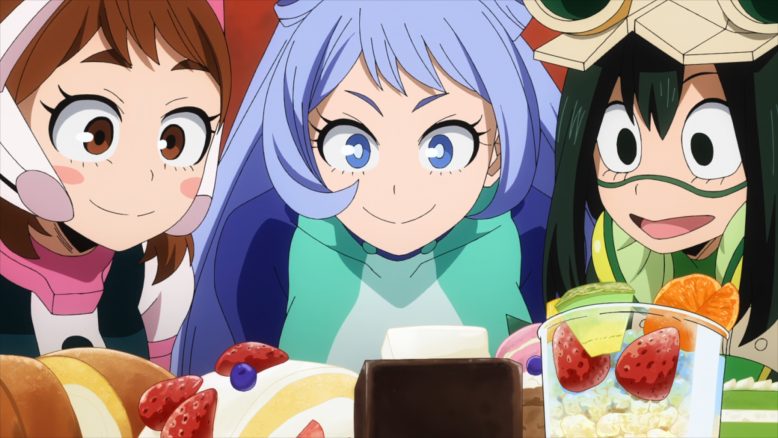 There isn’t much for me to criticize about this episode that I haven’t already covered. And overall it was way better than most of those Class A vs Class B battles. For a one-off episode it was alright. There is definitely bias since I like any excuse to give Ochaco more to do in the story. She is more than just the girl that has romantic feelings for Deku. And even if she did spend some of the episode puking…I think she left this episode with a great deal of dignity. Here’s hoping the coming episodes will be good and when the show does get to the arc it skipped over that they can make the transition satisfactory.