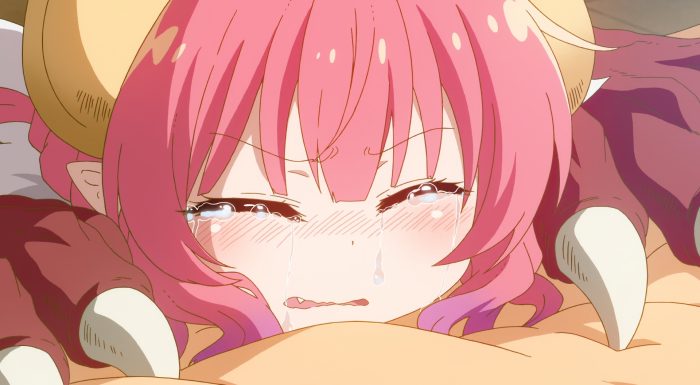 This was definitely the episode that sold me on Ilulu as a character. The first episode was a nice start with her going in all berserker on the cast. Although she claims it was totally just because she thought fighting Tohru would be fun. Not sure the dragon we momentarily met in this episode thought his experience was all that fun XD. I’d ask him his opinion on that but…mind wipe. But back to Ilulu for a moment. We got a pretty full look at her backstory even if there are a few gaps and questions. Most of it was stuff that you could predict from the glimpses we saw and the OP itself. But there is expecting a story and there is seeing it actually unfold. The experience itself does matter in the end. 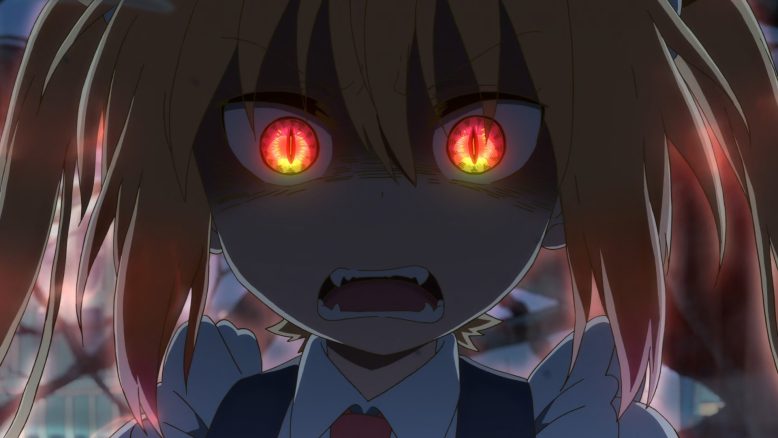 “So, you have chosen death.”

A huge amount of credit goes to Kobayashi for how she handled a lot of things surrounding Ilulu. She didn’t distance herself or even try to have Tohru remove Ilulu from that world. Instead she did try to reach out, to understand, and to accept. It makes sense that she relates to Ilulu having lived her life in the constraints of what society expected and demanded of her. And how she found herself utterly alone until Tohru showed up. Of course that does make clear how important Tohru is. But it also explains why Kobayashi has been trying to help Ilulu. She herself has been saved and therefore she has the luxury to try and save someone else.

I’m glad they handled the actual conflict pretty well in this episode. Kobayashi did everything she could and it wasn’t just about Tohru immediately saving her. If it wasn’t for that then Ilulu’s arc wouldn’t have worked out as well. So it was definitely in everyone’s benefit to have Tohru show up a bit later once things had gotten so serious that there wasn’t any turning back. And it was extremely satisfying having Tohru just wreck that guy. He’s lucky to walk away from it with his life. That he only lost some memories and a horn was a light price to pay. Of course I’m sure Tohru was more than tempted to kill the guy, but knew it was the better option to avoid that. If he went missing then others might come looking. Plus it wouldn’t align with Kobayashi’s personal desires so it was best to let that go. 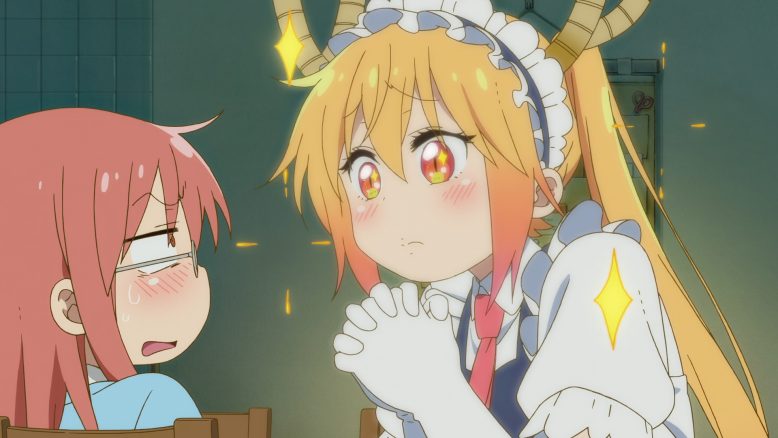 Tohru is enjoying this way too much

There was some fun had early on when it came to personal desires. Of course I think the show always walks an interesting line when it comes to romantic and physical entanglements. Kobayashi really holding back at times when it comes. Not like either Tohru or Ilulu care much about her being female. And certainly they both know that’s hardly a barrier to things going further. But it isn’t that kind of story so I can imagine we’ll never have any of the characters going that far. At least not until the story reaches its conclusion and one imagines where it will go from there. I’m not sure the ending of the ‘male Kobayashi’ thing worked that well. It was a decent pun for sure. But Kobayashi had a pretty strong reaction to towel Tohru. No matter how much of a maid fanatic…I can’t imagine that really happening. 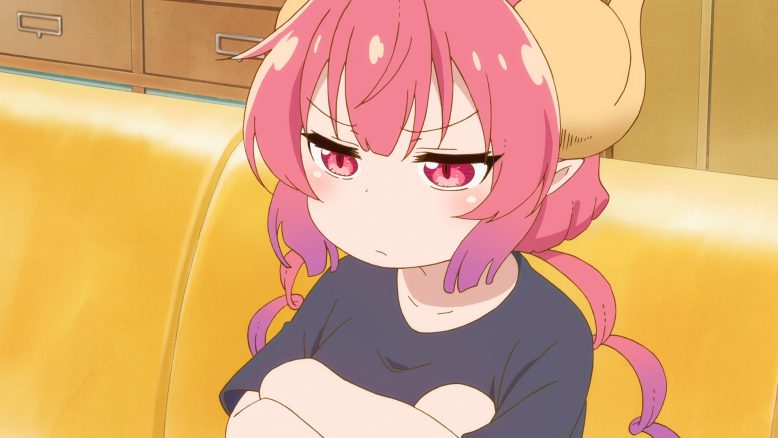 Might be best to work on the hands thing

That weird hand transformation was pretty creepy to be sure XD. All the more so since those bumps actually have dozens of tiny hands on them. But some just aren’t good at certain magic types. Tohru’s overall talent in different kinds of magic has become clearer as time goes on. She can do just about anything she wants it seems. Well maybe not making barriers that can protect the city while she fights, but beyond that she seems good at a variety of things. I suppose most of the time that Ilulu is going to mostly look as her dragon self. Just with different clothing. It is also kind of interesting that she’ll mostly have to get real human clothing since she can’t do much on her own besides just turning into a mostly human shape. 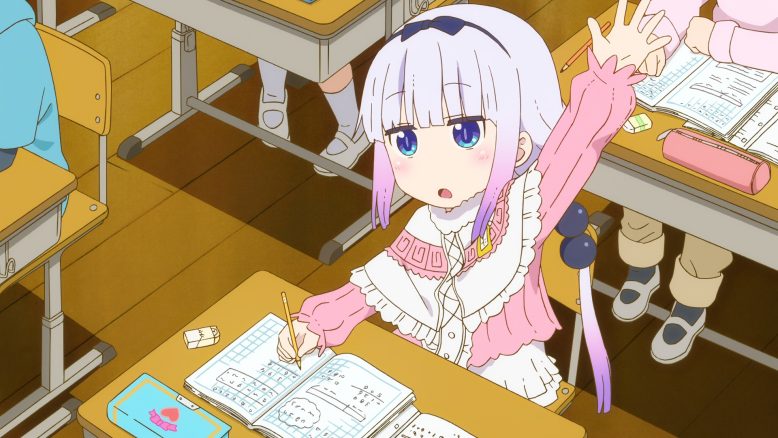 We got a really good episode here. I liked seeing Ilulu mostly open up and by the end was totally good with starting a family. That girl doesn’t waste time! And I like how Kobayashi handles bringing in both Kanna (who needs more screentime) and Ilulu. She’s more willing to admit there are multiple reasons and motives. This isn’t just selflessness. And it in a sense is easier to bring along someone like Ilulu with phrasing things the way she did. Ilulu would rather live happily with people than be enemies. If she needs to mentally construct it as being tricked into something she already wants then that’s fine. That girl had a rough background and what she’s lost can’t be regained. But at the very least she can build bonds in the present with those around her. Even if that makes her a rival to Tohru.