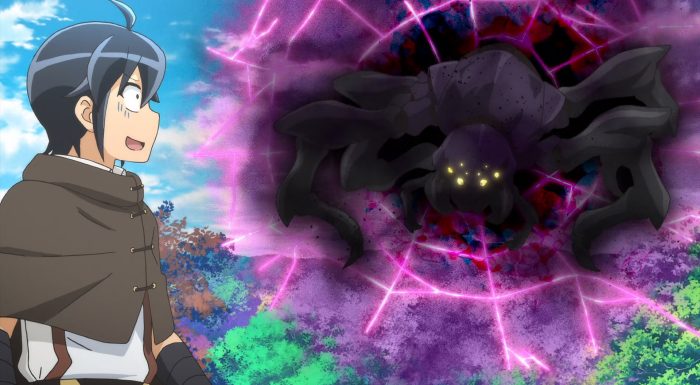 This was another solid episode and it moved the story forward a fair bit. It was a given I suppose that they would want to introduce the two main ‘companions’ of the protagonist fairly early on and then build from there. Although I suppose much like Shen we won’t get to know this new character very well until the following episode. With much of her voice work being turned ‘monstrous’ I wasn’t sure what kind of voice we’d really get from Akari Kitou as our spider lady. But the last few moments did give us something to work with and that should be a nice voice for the character. Of course I’m looking forward to seeing how things will play out from here and how the character dynamics will play out. 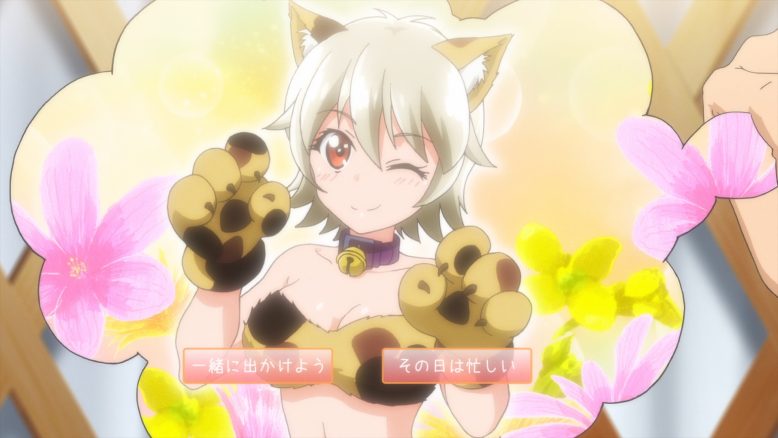 Certainly this is proving to be a difficult situation for Makoto. Not only is he living in effectively an orc village right now, but he’s also been turned into a personal TV for Shen. It will take a bit of time to get a handle on that relationship. He does have the higher power ranking between them, but that doesn’t mean it’s easy to smooth things out. All the more so since she’s got access to a lot of memories he’d rather keep private…Not that she can show them to anyone he used to know since he’s in another world. But that doesn’t mean it isn’t uncomfortable for having them broadcast in front of him. Probably fair to say anyways that this is a small price to pay for having such a powerful ally on his side. All the more so since Shen is good at getting people moving. 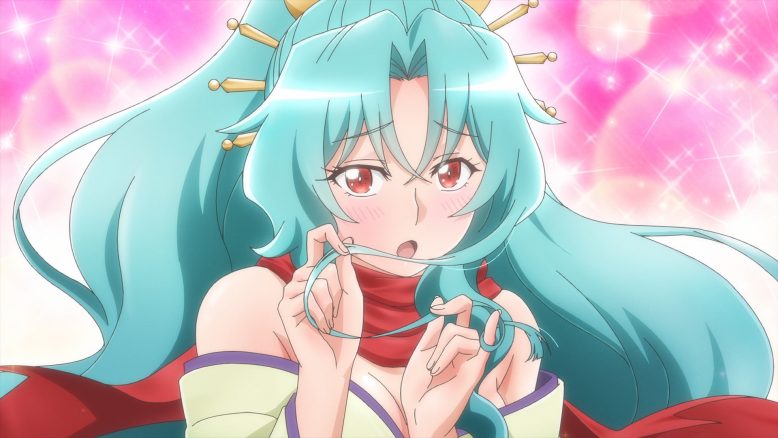 The benefits of Shen doing what she wants is that a village is already forming. That personal space Shen has allows Makoto some privacy in general. On top of that it should provide a bit of safety for the non-humans in that region. Not to say people always suck, but in this kind of thing people do tend to be the major threat. While the spider did bust her way in there, she is likely a unique case. Not many people should have the ability to find that location much less bust their way in there. Hard to say if it truly provides protection from that Goddess’ oversight. But at the very least it is a helpful barrier on several levels. 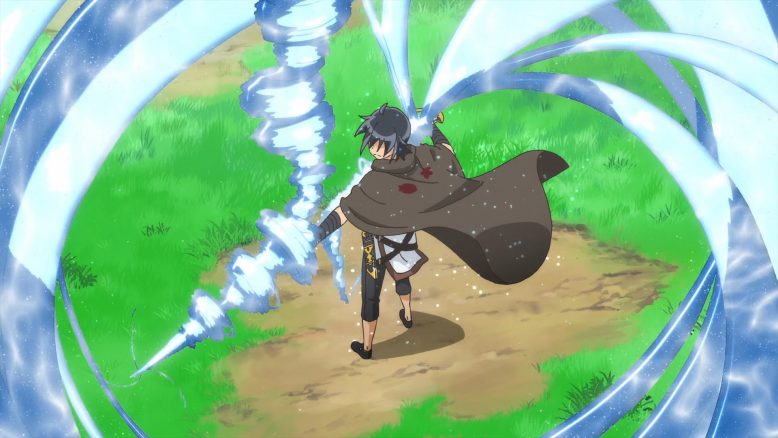 Might as well tackle the Spider battle itself. That was some good stuff. I think it manages to walk the line nicely between letting the MC look awesome while not making him unstoppable right out of the gate. These two are definitely hard to handle right now. Although one could say that makes the contract between them seem a bit questionable. But the contract could definitely take into consideration that this is Makoto at his weakest. He might not be level 1 anymore, but he’s got room to grow.

Plus the one with the most pure power isn’t necessarily going to win a fight. Makoto definitely overpowered his opponent at various times in this battle. But that regeneration and ability to take in magic to refuel makes her a bad enemy to face. Plus mentally Makoto put himself in a rough spot by just unleashing a steady barrage of attacks until his magic ran dry. He’s capable in a fight. But when he snaps that isn’t always a win for him. 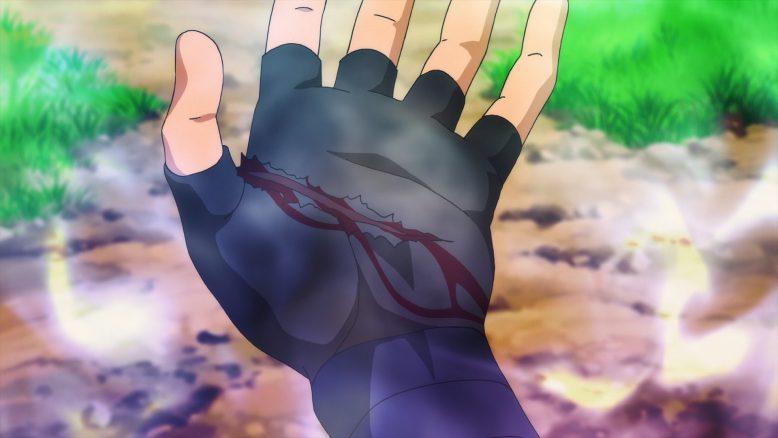 The episode also covers the benefits of Makoto’s Kai ability. That’s a pretty handy power in terms of helping allies, powering himself up, and observing things around him. Tsukuyomi deserves all the praise in the world for helping Makoto this much. Honestly if that stupid Goddess had powered him up as well he would have become an unstoppable force. The downside of course that he can’t heal himself. Giving him a weakness is expected and thus provides the reason to have allies in the first place. He can do a lot for others. But if it goes bad he needs help too. Whether Shen healed him or it was Emma doesn’t matter too much. He’s got people that can pick him up after he falls which is huge. 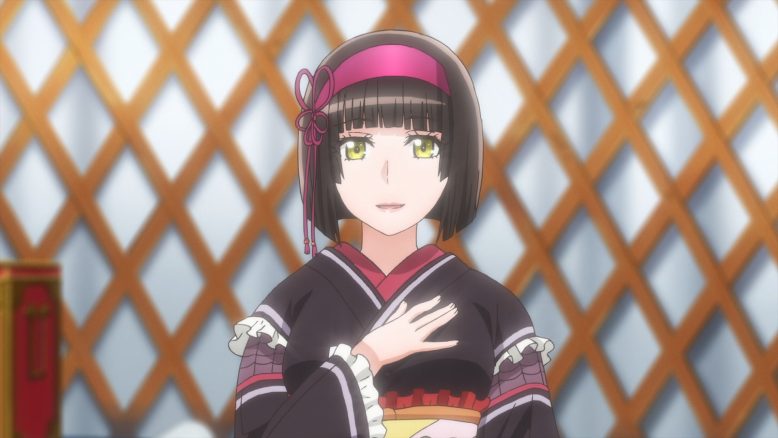 I’m just having a good time with this. The visuals are living up to what I would have hoped to see. The elemental effects and properties of Makoto’s magic are great. I’m looking forward to seeing how Shen and the Spider end up fighting in their human forms. We can expect Shen with a sword since she really wants one and it was in the OP. But these two are absolute titans slimmed down to a humanoid form. They could do some crazy damage depending on the opponent they are paired up against.

Fingers crossed these episodes keep living up to expectations. I’m still not sure which series I’m going to cover this season. But I did want to give this one at least another look.