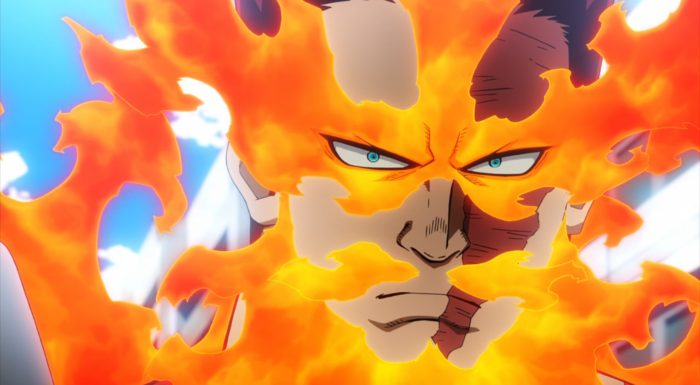 In the end the new arc has gotten rolling and in a lot of ways it was more interesting than what we’ve been getting until now. The world itself is getting darker and more sinister things are building up in the background. For the time being though Deku and company are just trying to get back into the flow of things with his rather important chance to watch and learn from Endeavor. Something that is honestly a big chance since he is excellent at his job. Although it is a sadly believable thing that despite having so many sidekicks not a soul seemed to know how messed up Endeavor’s home life was. 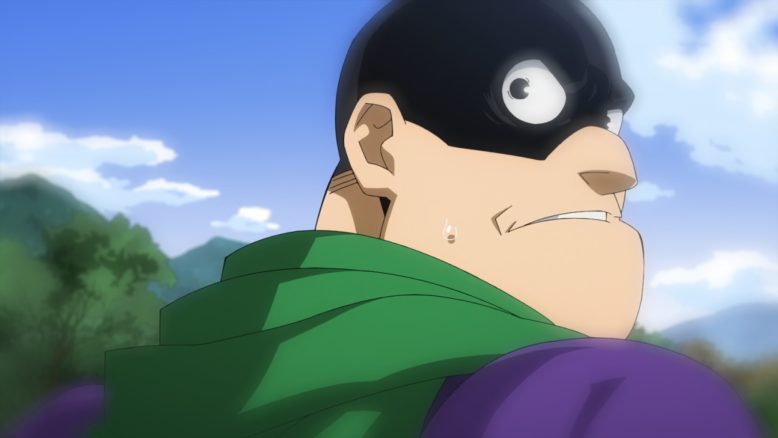 The tough thing with this episode is the weird feeling of the events. You can tell they moved some stuff around. Or at the very least knowing they moved events around makes certain moments in the episode feel like they are connected to that. You have Hawks warning Endeavor about a “liberation army.” What liberation army? Was that introduced in skipped material or are we really not supposed to know and that will be explained later? I don’t know. It’s more or less easy to guess what this group is about from the little scenes we got to see. Certainly their reach is fairly large considering they’ve got some pro heroes in the group. And clearly the League of Villains is connected since Hawks is presumably cooperating with this army under their orders. 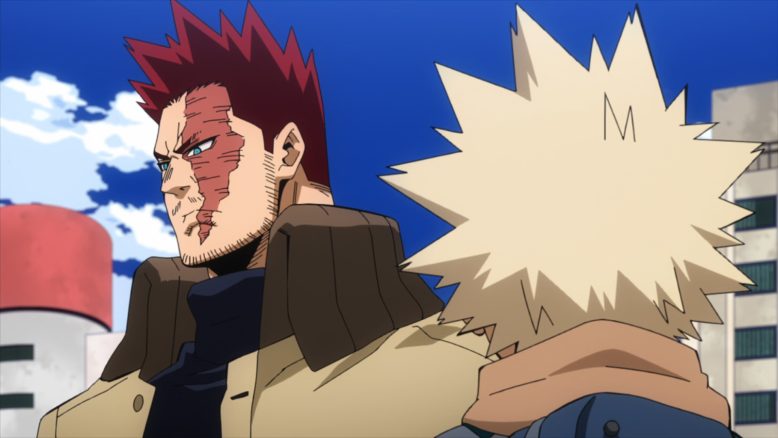 I do appreciate seeing Endeavor being professional. Since that is one consistent element to his character. He did manage to rise up to #2 behind All Might without having a bit of friendliness to him. His actual ability is top notch. And he is more perceptive than even Hawks might have given him credit for. Although maybe not too much since he did have a really hard time recommending the novel to him in the first place. At least Endeavor knows that something is going on. Even if I’m not sure what that something actually is.

It does get a bit awkward having him act like the overprotective father rat this stage. He is on a character arc here. But I think he’s just got such a long way to go before he can even try to determine who can and can’t be Shoto’s friend. Not that I don’t get having an issue with Bakugo. But it still feels like whiplash going from the guy in Deku’s flashback to this one. Still, I think interacting with this Endeavor will be a good thing. Mostly for Bakugo. I’m not sure Deku will gain a whole lot from this outside of just seeing another example of professionalism. Bakugo gets to see a version of himself that has through a rather substantial change. And frankly Endeavor gets to see a young hero that is very similar to himself.

I will say that Deku feels a bit weird here. Not that it is out of character for him. But I just couldn’t get behind his “I’ll do my best sir” attitude he had when meeting Endeavor. I think his interactions with Grand Torino was a lot more entertaining. But this is just the first episode of him working with Endeavor. Maybe Deku will gain more from this than expected. It is just hard to say right now since Deku is being joined by other classmates for this arc. And honestly Shoto and Bakugo have much more interesting connections/similarities to Endeavor than Deku himself. Almost feels like Deku is only joining them for this simply because he’s the main character and he kind of has to. 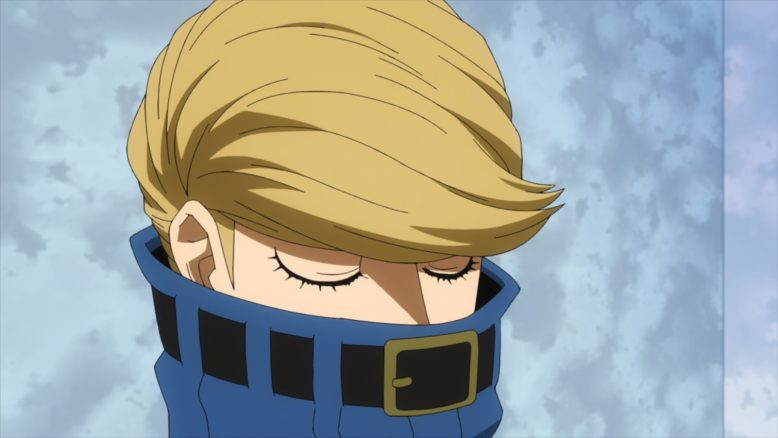 There is a lot weird stuff in this episode and further complicated by the clear jumping around in time. So Hawks is connected to whatever has happened to Best Jeanist. What is his status? Is he dead, injured, captured, or something else? Was Best Jeanist missing before the attack (but actually just laying low while trying to recover) or was the missing business something that happened after he met with Hawks? Just how far did Hawks go here? It seems kind of contradictory to straight up kill a fellow hero and colleague to stop villains…that want to kill your colleagues. I get that Best Jeanist was severely injured by All for One. Losing a lung is not a minor thing.

But, I’d hope that he simply explained the situation to him (if that’s possible) and had him go into hiding in order to fool the league. But there’s just no telling. Whether Hawks will come out of this looking good…or being another hero that should be in jail we will have to wait and see. They certainly seem to want to make this seem complicated so it could stay a mystery for a long time. 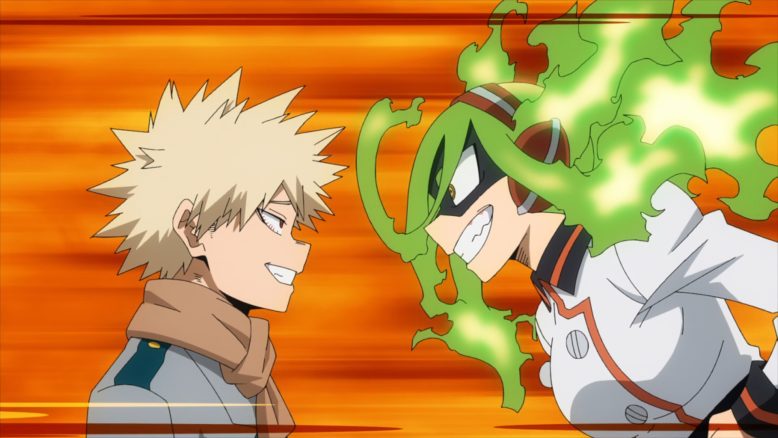 I still think this was a good episode. It is definitely better than the class showdown arc and I’ll take that right now. But it does feel a bit awkward. Hopefully the movie is so darn good that moving stuff around like this to fit better with that release date (even though I won’t see it for months) works out ok. Plus I do think Todoroki and Bakugo are two of the better choices to play bigger roles in whatever this arc turns out to be. They’ve had to sit on the sidelines as of late and both have the potential to be absolutely top tier heroes in the near future. Might as well get them involved in something like this to let them continue developing. I’ll continue hoping the show regains the momentum it had going for it in past seasons.