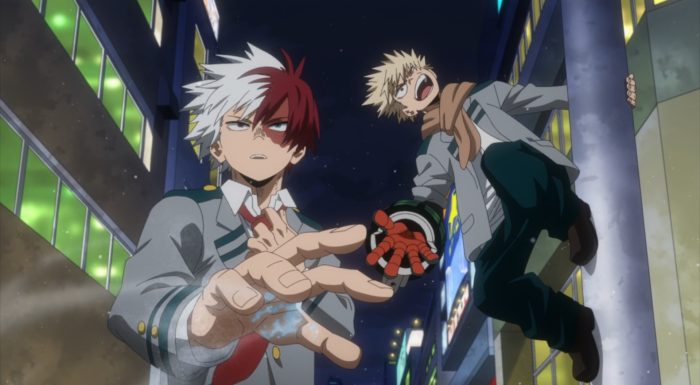 This episode was a pretty comfortable one. We got away from uninteresting matchups and there was a bit more focus on things that actually matter to the story. I’m still not entirely sure about the direction they are going for Deku, but at least they are trying to make it fit. Honestly it’s a bit too ridiculous that Todoroki was the only person surprised by Deku having multiple quirks. Seems a bit too much to try and gloss it over as a variant on his existing quirk. Super strength has nothing remotely to do with dark energy whips. Come on people! Ignoring that though I still enjoyed much of the episode. Trying to at least calm things down with the idea that quirks are just tools/attributes of a person and aren’t inherently good or evil is fine. 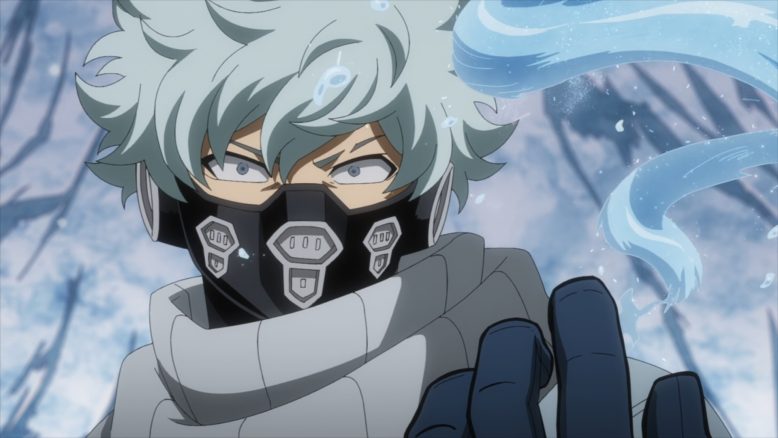 The most enjoyable part was probably the end. Honestly I was going to start complaining that they glossed over the last test for Todoroki and Bakugo, but they did actually pay that off. It was a nice move to instead just focus on the two of them getting their first legal taste of being heroes in the field. Certainly there isn’t a lot that the average criminal can do against these two. They’ve both improved their abilities and learned to look at the bigger picture.

The most remarkable growth in the show was Bakugo actually gathering the stolen property to protect the goods from being destroyed. Of course his move to protect the stupid civilian that got too close was well done as well. He’s still got a mountain of personality issues. But it is nice to see Bakugo growing and learning how to apply his way of heroics properly. If he wants to win then he has to make sure to save people. There’s no victory with innocents getting caught up in the crossfire. 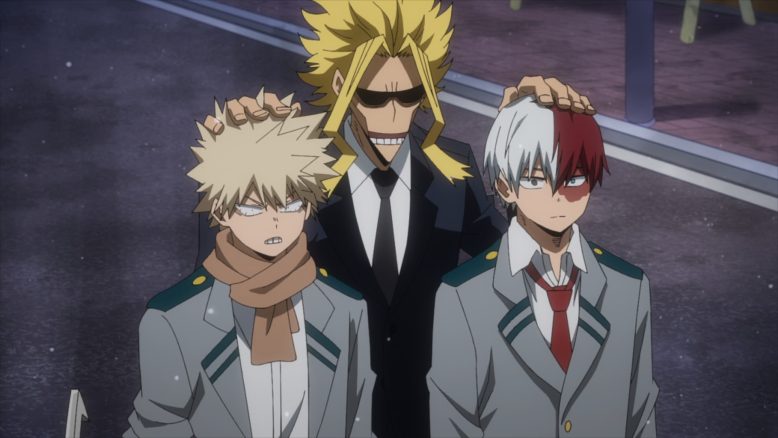 Plenty of good work done by Todoroki. Although I wouldn’t say this latest arc changed him at all. He’s considered his father a useful resource for a while now. He respects Endeavor as a hero and what he’s capable of doing. But that doesn’t mean he’s accepted his father or let go of what happened in the past. It is simply clear that if Todoroki wants to improve then he needs to tap into the resource that his father presents. It’d be nice if he had a top tier ice hero to lean on as well. But he’s managed thus far with controlling his ice so that might be fine. He got a very nice reward by the end of this latest incident in getting praised by All Might. That being someone he can both respect as a hero and as a human being. 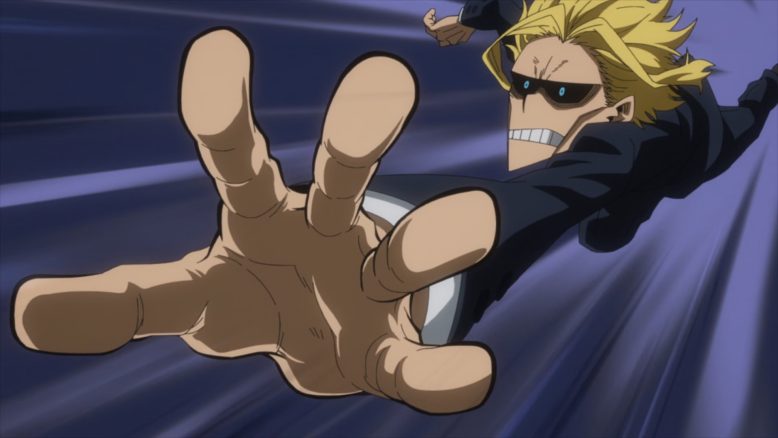 I’ll also give credit to All Might. He can’t do the things he used to anymore. That’s just how it is. But, he’s still the same guy that was considered worthy to inherit that quirk. He moved to save someone even if he didn’t have the same ability to act anymore. Even if he couldn’t get them both to safety he did make sure that the woman would be safe from harm even if he took a serious injury out of it. Thankfully Bakugo being there made certain that even that wouldn’t have to happen. I’m sure All Might must have some mixed feelings. The kind of feeling that any generation has in seeing the next one come up and start doing things that they no longer can. But at the same time he’s still proactive, still supportive, and still trying to figure things out. 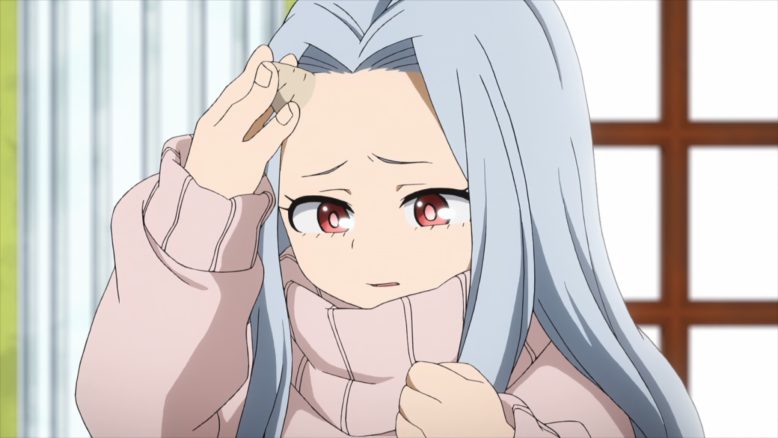 Looks like the road remains long when it comes to Eri getting a handle on her quirk and being able to return ones she erased. Of course whenever she gets a handle on her powers it will be a paradigm shift for the world. That kind of ability will make her sought after no matter how she feels about it. Hopefully she can learn to control it sooner than later. Not only because there are quirks only she can bring back, but also for her own safety.

Of course that all depends on the villains returning to this show. Thanks to the choice in this latest arc we’ve effectively had no threats to the main characters. The villains we saw in this episode and any flashback scenes has basically been it. Hopefully the second half of this season picks the pace up a little bit. 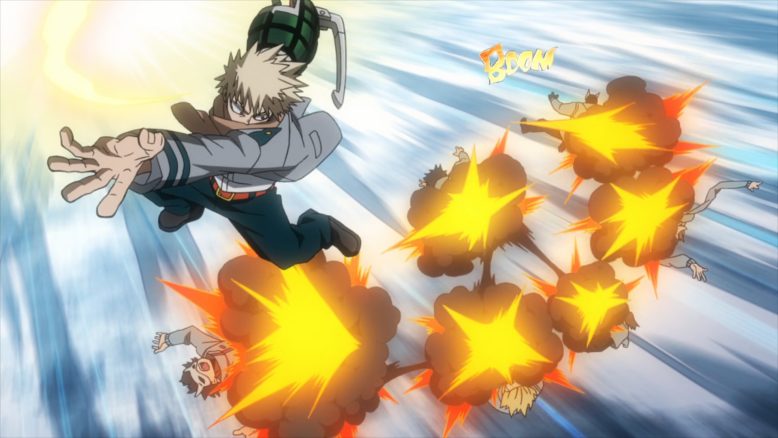 This was a solid episode that helped get me back into the flow of things with this series. I liked the focus on other characters since it did show some nice progression with Bakugo and Todoroki. My fingers are crossed that they can handle things with Deku that makes me get right back to really supporting him. He’s a good guy at his core and I do want to see the guy succeed and accomplish his dream. Even if I don’t approve of everything the show does, I still like a lot of the characters for who they are.