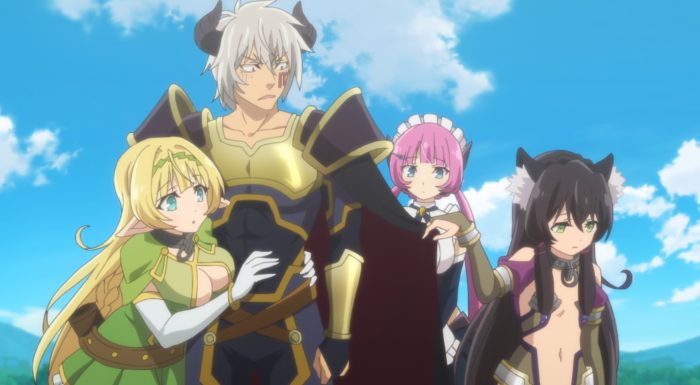 I’m really glad this season of How Not to Summon a Demon Lord managed to end on a strong note. The last episode had me a bit worried that this final episode of a relatively short season would struggle and the season as a whole would end up a much less enjoyable experience than the first season. While I don’t think season 2 is quite as good as the original, it did manage to end well. This episode delivered enough action while managing to really push Diablo and force him to give everything he had in order to come out on top. His lack of skill development when it comes to protecting allies is causing him some trouble now. 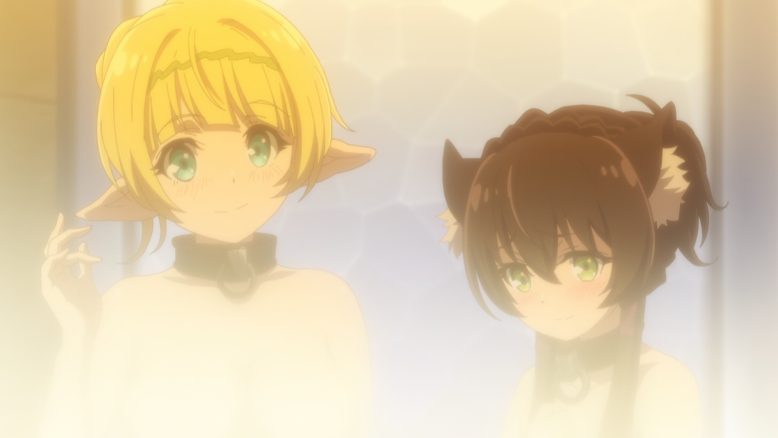 There’s a lot to go over in this episode. But I’ll focus on the end first in this case. I really do hope we get another season of this show. The way it ends leaves me wanting to see the story continue to unfold. They effectively end the season with Shera getting a wedding ring. Now she mostly just took it for herself in Diablo’s dungeon and there wasn’t exactly a proposal here. But it certainly pushes that side of the story forward quite a bit. Shera has never lacked the ability to be honest about her desires. She’s not going to be satisfied until things are exactly where she’d like them to be when it comes to this little trio of herself, Diablo, and Rem.

When it comes to Rem I really enjoyed how sweet she got. This wasn’t much of a tsundere situation as much as just dere. Be it the bathing scene or her not wanting to be left out when it comes to the wedding rings, the girl isn’t hiding her feelings at this point. Or at least she’s not hiding them to any serious degree. It’s like trying to cover up a mess with plastic wrap. You are going to see it XD. That the start of the next story could be a quest to obtain a second wedding ring is kind of sweet in a way. Not some big world ending cataclysm there. Just a very personal story and quest that matters quite a bit to the members involved in it. 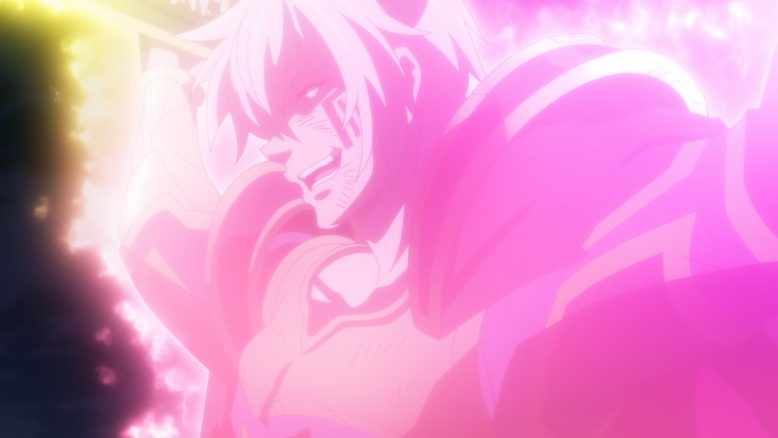 I do wonder how far Diablo can go like this. He’s basically gotten as good gear as he can get so that’s fine. But he’s just one guy at level 150 and his allies aren’t nearly there. Horn is up there now with her level boost, but she’s not a permanent party member. Rose is likely the other heavy hitter, but as we saw she can still be defeated. Until Rem and Shera can find a way to seriously bolster their levels then they are going to only be a modest help.

He did manage to finish off the enemy this time. But it was only thanks to the fact that the enemy had minimal defenses once its barriers dropped. Though those barriers were absolutely strong and able to keep Diablo at bay until they could be dispelled. Lumachina in that sense did a great job. She has some serious issues, but there’s no denying her connection to the powers of good in that world. But still, if Diablo faces off against a Raid boss level threat that he can’t just find an easy solution to…things could go very badly. But for the time being all he can do is continue moving forward. The secrets of that world remain a mystery. 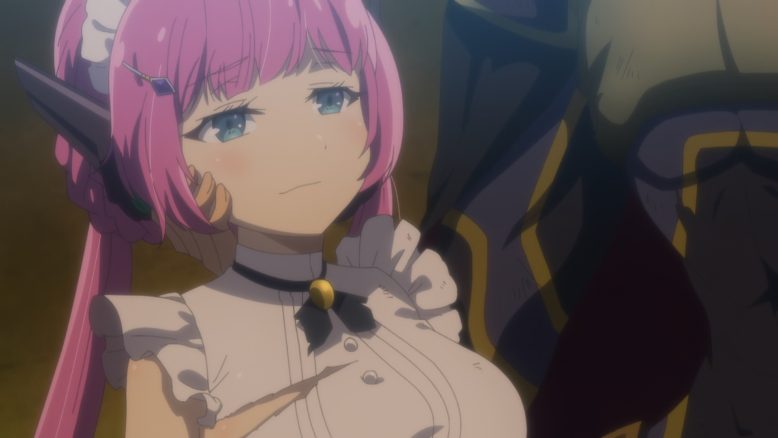 So the last battle of the season was against Europa. I suppose after fighting a Demon Lord like Klem last season they had to find a decently powerful foe for Diablo to take on this time. I wouldn’t say it was as dramatic or emotional as that one though. In that case you had Alicia’s betrayal, Rem was drying, Diablo had to give up all his healing potions for her, and also he didn’t want to kill Klem. So it made for a pretty awesome battle. This one did have some emotional moments like Rose getting annihilated and nearly dying. But it just felt like she was out of commission and not dying so it didn’t quite hit as hard. Plus the enemy was just a guy we barely saw much of this season and was a pretty straight forward villain.

The fun came from the big attack used to finish the fight and also the need to basically play protector. Lumachina was the only one capable of bringing down that barrier (with some help) so there was no choice but to guard her until she had her miracle ready to go. I was hoping that Rem running off early in the fight was for a big purpose…but it really wasn’t. Sure someone had to get the key from that weirdo and find the paladin girl that most probably forgot about after episode 1 XD. But it wasn’t that big a deal. The focus really was on the fight itself and Diablo not being able to go on the attack until the very end. I’d still say the fight against Battuta was the highlight of the season, but that’s not the worst thing. The season did have some nice showdowns. 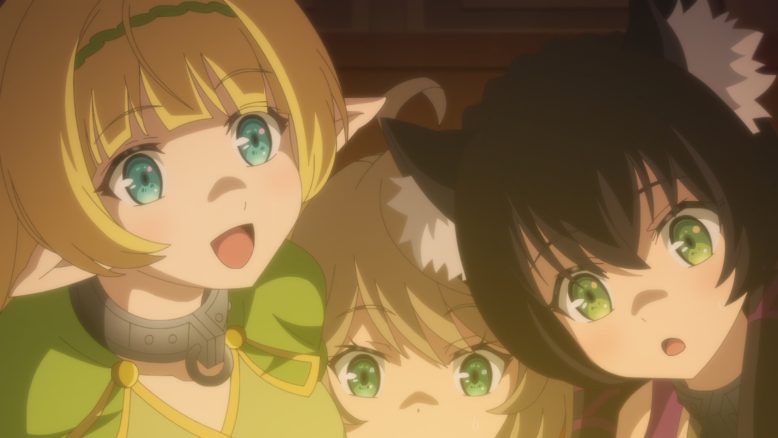 So this season wrapped up without things getting too messy. Although at this rate Diablo’s reputation is going to skyrocket to extremes that he won’t have the luxury of living the life of an adventurer. Despite characters being added left and right though the party only really expanded by one with Rose. Horn will be around, but she should have her hands full studying to be a sorcerer. Lumachina has way too much on her table actually running the Church. And of course we’ve got many of the side characters from season 1 that while they can make an impact will mostly stay out of the way. I’m actually ok with that since just having the story handle Diablo, Rem, Shera, Rose and whoever they meet during their adventurers should be more than challenging enough. 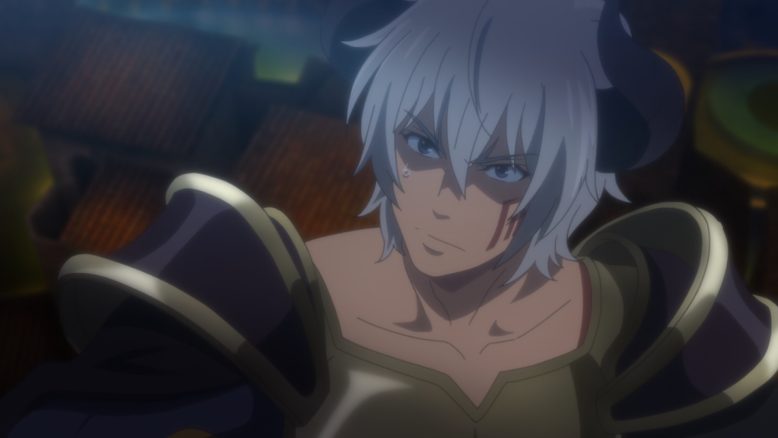 I was happy to hear that this show was getting another season. Is it a bit extreme at times? Sure, that’s definitely true. But at the same time it has a pretty nice main cast of characters. And that continued in this season. I enjoyed seeing Diablo, Rem and Shera in particular getting out into the world a bit and having to take on more challenging situations. Diablo is established enough that just getting by isn’t the major challenge. He still doesn’t have a whole lot of answers about his situation, but that’s what happens when you get dropped into something like this and don’t know how or why.

This season didn’t push Diablo’s character too far forward, but it did have some interesting elements to consider. He really had to face his mortality a bit with Batutta nearly killing him. And he got a bit too swept up with being impressed by Lumachina’s morals that he nearly got everyone killed. At the very least Horn’s blood being spilled was a good reminder that he can’t count on morality or character to protect his friends. He has to step up and do his part to make sure things work out. I’d have liked him to get a bit more comfortable with the romantic entanglements he is getting into, but oh well. At least it still shows a difference that while he fled from one very aggressive move against him that he did accept staying in the shared bath with Rem and Shera. 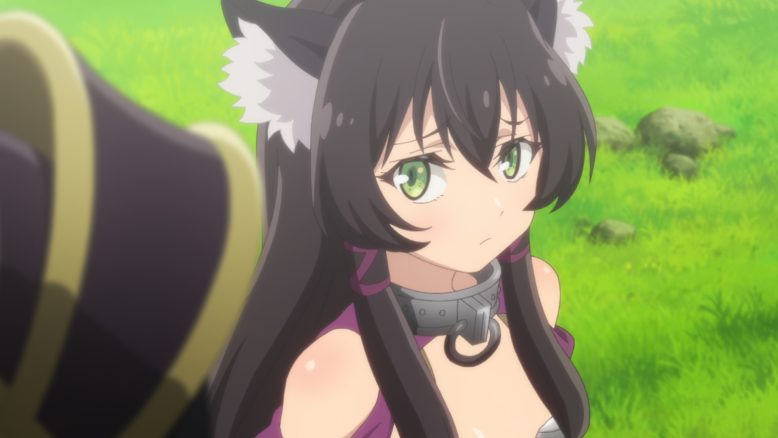 Part of what I did like was that Rem and Shera were much more…forward this season. When Lumachina even made a passing remark about having to marry Diablo (for really dumb reasons) they were not having any of it. Plus they were just much more willing to be openly jealous without an attempt to really hide how they felt. That was a much bigger step for Rem who I think understood how much she’d have to lose by keeping quiet.

Their reactions meshed nicely with the rather up front challenges posed by Horn, Rose, and Lumachina. Of course Lumachina doesn’t pose that much of a threat. While Diablo respects her morals, there isn’t that much kindling between them. Besides I can’t see Diablo getting involved to that degree with someone running the Church of that world. All the more so since she’d likely want to see him join up with that organization which…might clash a bit. Rose while very active in her own right does seem to just want to be a much appreciated servant. No problem there since she is extremely handy. Horn is probably the most obvious threat since she also has a key connection with Diablo now and wants to become a sorcerer type. But for the time being she’s mostly out of the picture. 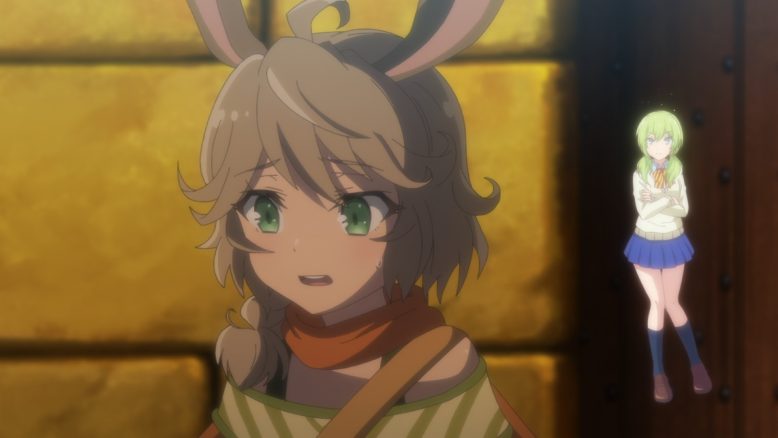 This season wasn’t perfect of course. I though the pacing was a bit shaky at times. And the action didn’t quite impress me the same way as it did in season 1. Part of that I think was only having 10 episodes for the second season so they did have to hurry some parts along to make it all fit. I hope if they do give this show a third season that they at least go back to giving it a full cour to work with. Just because you can make a show work with only 10 episodes doesn’t mean you necessarily should do that.

That said, I still really enjoyed this show and will miss it. It’s not the greatest series ever made, but I had a good time most weeks with it. Sometimes all you can ask for is something you enjoy watching and I got that in this case. Fingers crossed this isn’t the last chance I get to talk about this series.