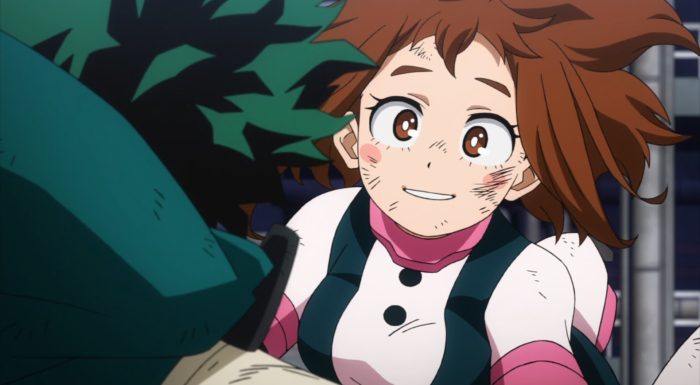 This is definitely an episode that changes the status quo for Deku. There’s no way it can’t change since it is a major shift for the main character in the story. In some ways I’m curious to see if the story can handle that kind of escalation properly and not leave characters behind as a result. If nothing else though it should allow for some greast spectacle. I can’t say it remotely justifies how slow and unnecessary this arc was though. They could have easily kept the same key pieces in place and just turned it into a better arc. All they really needed here was Deku, Ochaco, Shinso, and some kind of threat. Putting those complaints aside though, this was still a good episode. 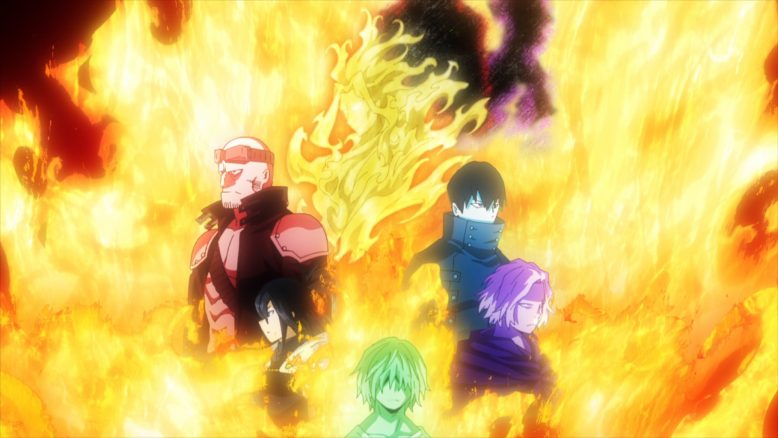 Deku’s life is getting more interesting

Where is this all going to go? We are going from Deku having one really powerful quirk…to half a dozen of them. Honestly One For All as just a physical quirk was already insane. That was clear whenever we got to see All Might doing his thing. And most of those times he was actually far weaker than his peak. What does a character need other quirks for in that case when he’s got super speed and strength? Not sure, but Deku has them now. It is something additional that he’s got to master. And that will take him longer in theory than just focusing on one singular quirk. It could set him back a bit since he’ll have as little control over these quirks as he did when he first got One For All.

At the same time though it puts his ceiling so far ahead of everyone else I’m not sure how the show will challenge him. The only one that will surpass him in terms of quirks will be All For One. Or Tomura if he inherits that quirk from him. My condolences to Bakugo. He wanted to stay ahead of Deku, but that seems completely impossible now. Explosions are cool, but Deku will have half a dozen powerful quirks and a sharp mind to go along with it. I’m not 100% sure if I love the move or if I’m worried about it. Deku is a good character and more quirks will let him be more flashy and flexible than he has been to this point. 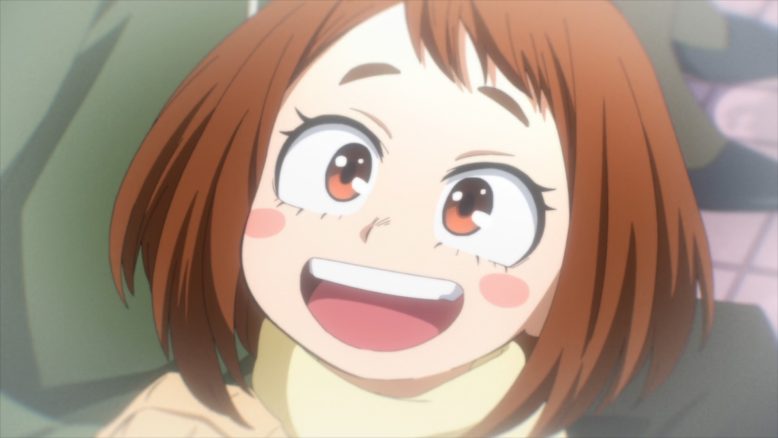 Ochaco is a treasure

This was definitely the biggest Ochaco episode since her match against Bakugo. Not only was it diving into her personality and background, but she actually launched herself into danger for Deku. There was nothing lacking in her passion or desperation. If not for her quick thinking that situation was going to be out of control until Aizawa showed up. Shinso while having the key to settle things was understandably shaken up. Ochaco regardless of her affection for Deku is the type that cares about others. I like that she was motivated into heroism in part due to the relief and smiles that heroes can bring to those around them. While she hasn’t lost track of how that career is dangerous and the heroes themselves sometimes need saving. And it had wonderful shipping potential. Both in her rushing to Deku and Deku freaking out over Ochaco getting hurt because of him. 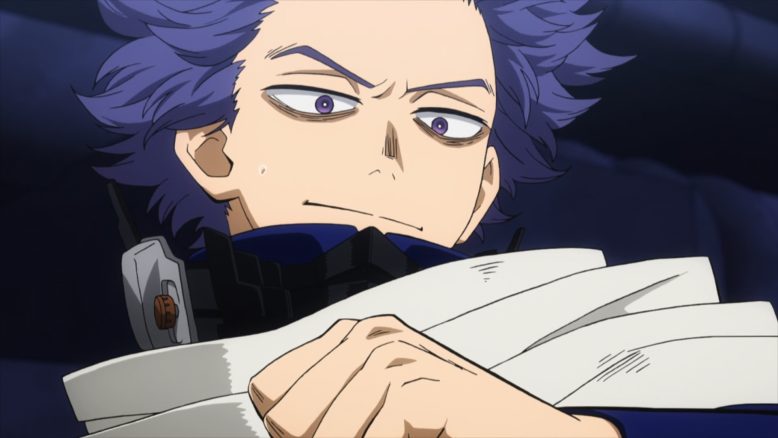 Which still makes me want to slap Monoma. Both because he interrupted Deku’s moment with Ochaco and because of how he set things off. Monoma…no one’s issue with you is due to the nature of your quirk. Although I could see copy quirks having a bias against them in people’s minds. No, the issue with Monoma…is that he’s just annoying. He’s obsessive and has a massive inferiority complex. One could say his words to Deku during the match were in relation to seeking out information about Deku and trying to get him brainwashed. But he’s the kind of guy who would have said that anyways. Apparently getting humbled by Bakugo during the sports festival or constantly getting shut down by Kendo hasn’t been enough to change his personality.

Shinso in contrast had a bad attitude early on himself. He had that attitude for good reason though. At least Shinso changed in a good way. He’s on the road towards his dreams and I do think he regrets how he handled things with Deku before. To the point that Shinso honestly does want to fight him without those ugly aspects of his heart nagging at him. I don’t feel as if he should have to win this match in order to move on to joining Class B (which seems most likely). He’s done enough to prove his potential and frankly he deserves to be there more than some characters that are in the hero course. 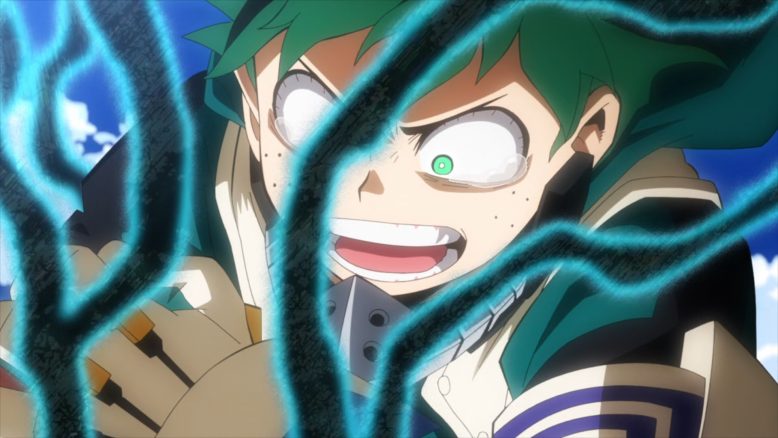 I’d say this was a good episode overall. It does massively shift things and I have no idea if this was a good or bad move. There is enough logic to it though. If One for All was stocking ‘power’ then stocking quirks of the past users isn’t completely impossible. Though I’m not sure if those quirks should have strengthened along with the physical aspect. Every past user had a physical body to stock strength from, but each quirk was likely unique to the individual. But it makes enough sense to say those two things merged.

For the time being I’m curious to see how this all turns out and where they go. The threats Deku faces will have to escalate to keep up with him gaining this kind of boost. But it doesn’t have to happen immediately since he’s got to figure out what quirks he even has. Hopefully the next episode ends strong and that the next arc is engaging for more than just a couple episodes.