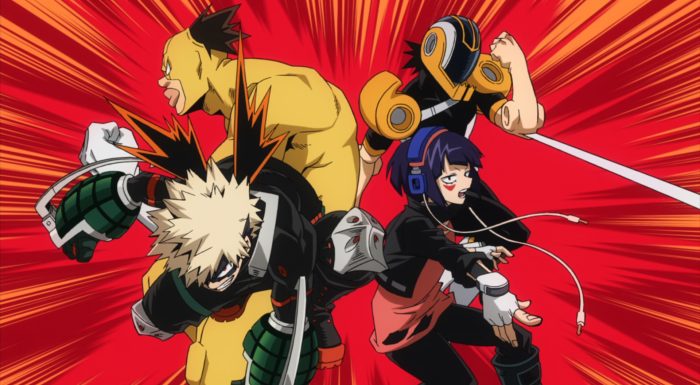 This was probably the best episode from this series in at least a month. Instead of pointlessly dragging out a match or having the main cast make dumb decisions they just got to the point. I’m not going to say it salvages this arc as a whole. One good episode and match isn’t going to do that. But it was certainly refreshing to come out of an episode feeling good about it instead of wondering what the show is even doing. 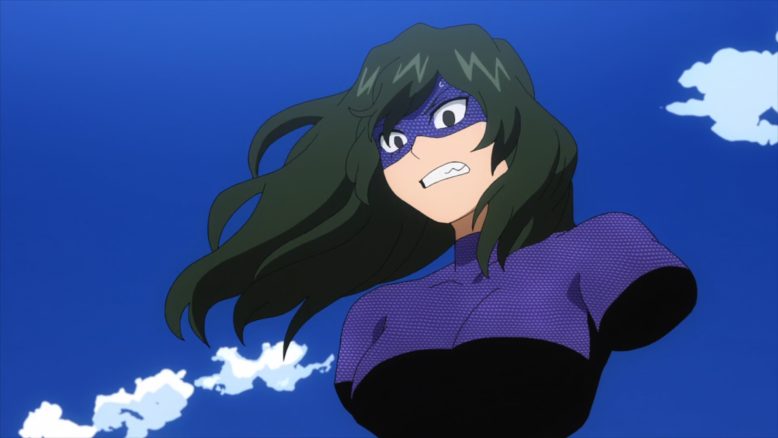 Honestly the Bakugo match went exactly how most of the matches should have honestly gone. And this is one time where Bakugo’s personality was rock solid. He knew what his goal was and outright went out there to achieve it. He didn’t treat it like a joke or some friendly sparing match. Instead it was a serious fight and he went out there to win. Unlike most of the other teams he didn’t play it too carefully and allow Class B to control the match. Even though this opponent had one of the more ambush style plans that we’ve seen yet. If the team played things out as cautiously as they wanted to then they would have lost for sure.

Of course Bakugo’s character development is a major factor here. He has and hasn’t changed. There’s no doubt that he has changed. This isn’t just the same approach he’s taken the whole way through. Relying on his teammates and protecting them hasn’t been his style at all. While during the sports festival he did work with a team in the cavalry battle it was much more about him acting however he wanted and the team needing to adapt. It’s not a huge gap, but it is an important one. Unlike Momo he armed his team before the match started, he broke them out of bad situations, and left them to handle things he knew they could handle. He’s still all about winning. But he’s realized that it’s a lot easier to win if you have a team and don’t let them get taken out. 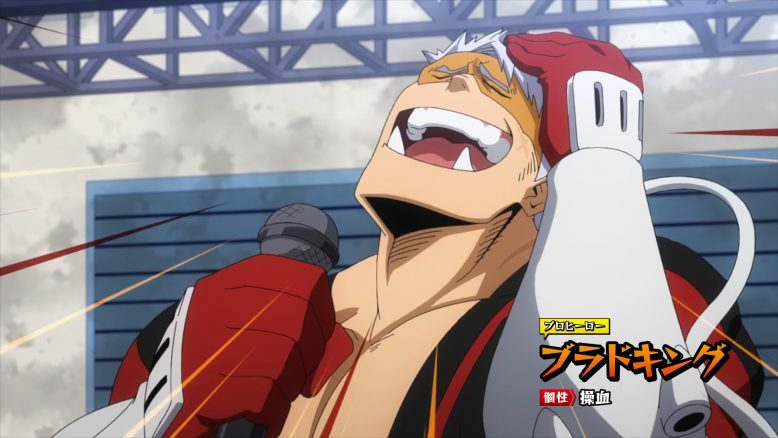 Ok, the Vlad commentary was annoying several episodes ago. At this point I’m tempted to just skip over him entirely. I think if you wanted Aizawa to make a good point you could have done that anyways. Just have some grumbling going on by the cast watching. Vlad being annoying isn’t funny. It’s just annoying. I had some respect for that character from the camping trip incident. But at this point I have no respect for him. He’s a joke and a bad one.

Which is a shame since Aizawa was making a fair point. Class A has been slacking off during this whole thing. There is no good excuse for things to be this close between them. The experience and ability tilts towards Class A and yet they are at best neck and neck with Class B. And a lot of that is a lack of strategy. Even Momo the supposed smart and tactical member of their class basically didn’t have one. She was just flying by the seat of her pants the entire time and reacting instead of executing a concrete plan. It allows for drama in the main cast constantly being the underdogs in a match, but it makes them look stupid. 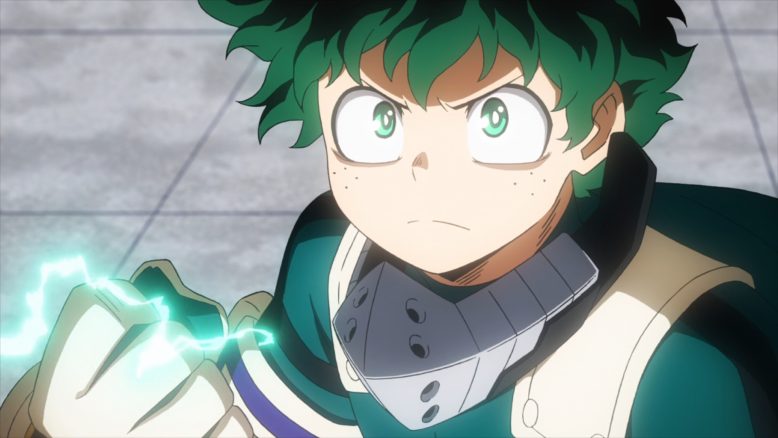 Now we’re set for Deku’s match. I might have celebrated when they mentioned how it was the final match of this really questionable exercise. At least we’re getting back to Shinso as well who is about the only good reason to have this kind of situation unfold in the first place. Although I think you could have come up with better tests for the sake of his transfer to the hero course. And we can see where the story is going to go with Deku. Also, I’m pretty sure they actually had footage of this match in the preview trailers for the season.

We can certainly expect this match to go in a weird direction. They aren’t going to just have it mirror the Bakugo match and end it pretty quickly. With Deku’s quirk getting weird there’s no chance of that. And yet they do have to try and mirror Bakugo in that sense. Ochaco, Mina, and Mineta aren’t exactly powerhouse characters. They do have interesting quirks and certainly Ochaco vs Bakugo proved that she can get serious when it counts. But they are going to have to rely on Deku for much of the heavy lifting. I’m a bit concerned that they haven’t tried to come up with a particular plan and are just working off what they saw from Bakugo. But at this point it’s hard to expect Class A to be smart about things XD. 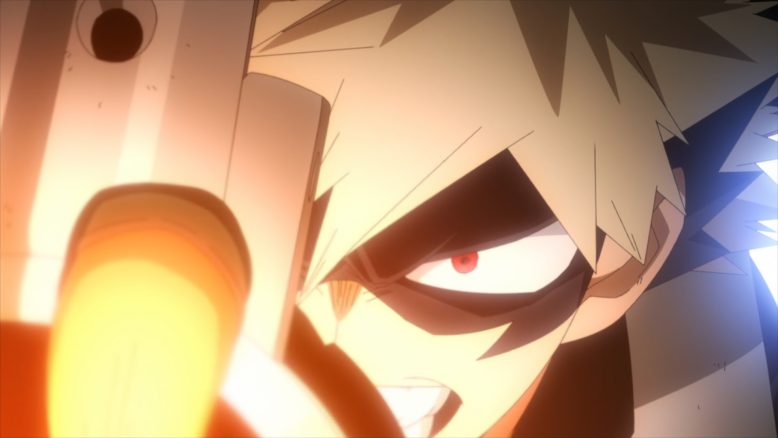 I’ll give Bakugo a nod for actually making this an entertaining episode. It doesn’t hurt that Class B has actually lost my interest through these episodes so I was happy to see someone just quickly beat them. Obviously the show is still a bit shaky on how it handles Deku’s childhood bully. But at least it has developed into a decent rivalry. Bakugo is maturing and moving towards the goal he has in mind for himself. Certainly that’s more than can be said for a few other characters. Hopefully the next match isn’t a step backwards.