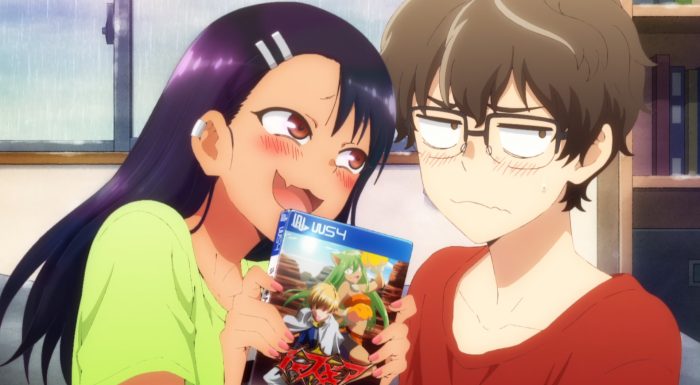 After three episodes this was a show I wanted to talk about. While not a show that I ended up wanting to cover for the season, it did leave an impression on me after a few episodes. One of those shows that has a really impactful first episode though not necessarily for the right reasons. And yet that first episode doesn’t exactly reflect the overall package. Thus reviving what almost feels like a once a year ‘Check Out’ post XD. This will just be covering the first three episodes and my overall impressions on the show to this point. 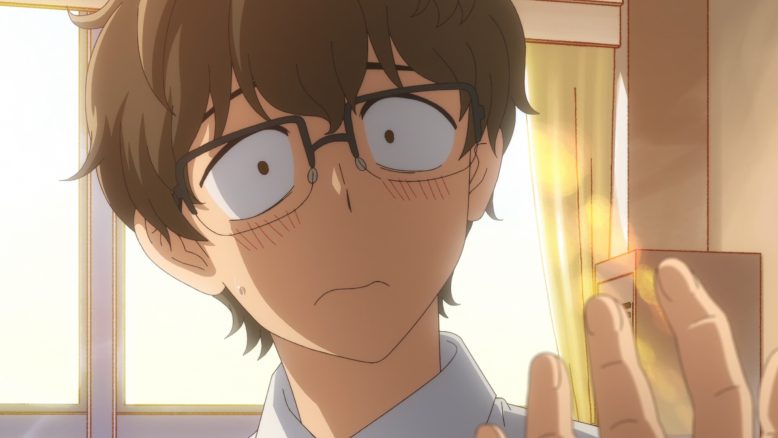 There’s no doubt the opening episode was a lot to take in. You had the titled character downright bullying male protagonist and driving him to tears multiple times. Now I did actually still enjoy that episode overall since there was a lot of energy to the characters. And I didn’t feel so bad for Naoto (who I had to look up his name since she is only calling him senpai) in part due to how his reactions were handled. It was a very tricky line to walk between finding some comedic moments and making it hard to watch. And I think they just managed to pull that off. Though I could completely understand those that were turned off from the show after that first episode.

And yet like some other shows the first episode really isn’t the full picture. There are a lot of shows I can think of that had first episodes that turned people away while the following episodes revealed how the tone is overall different. Honestly I feel like shows should avoid that since not everyone will follow the ‘three episode rule’. But this show went there. I suppose in some ways it was that gap between the first and second/third episodes that made me want to write something up about this show in the first place. 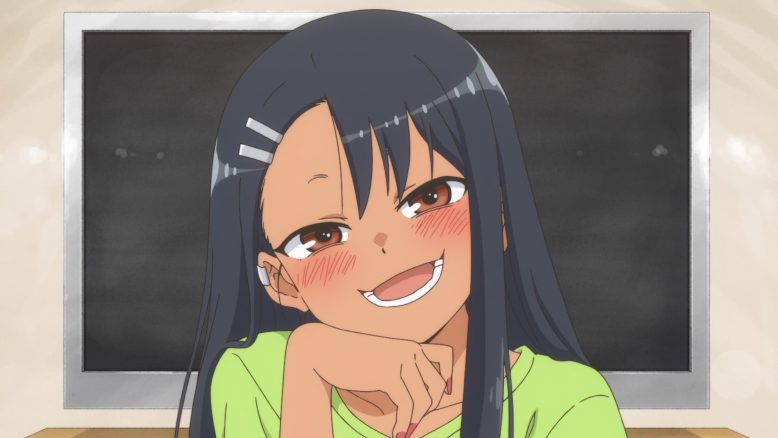 The second and third episodes paint a different picture. There’s no doubt that Nagatoro pushes and aggressively teases her senpai. But it doesn’t reach the level like the first episode where it really did feel like bullying. The big thing though is that we see more vulnerability from our main girl. She isn’t just some force of teasing that doesn’t get shaken up. Multiple times across these episodes she either is shocked by something he did, a situation that develops, or realizes how far she’s actually taken the situation herself. Nagatoro gets embarrassed by the ‘lucky pervert’ moment, getting seen soaked from the rain, or the tsukkomi moment she tries to trigger from her senpai. And I think that sort of thing is absolutely necessary when it comes to actually liking her as a character. 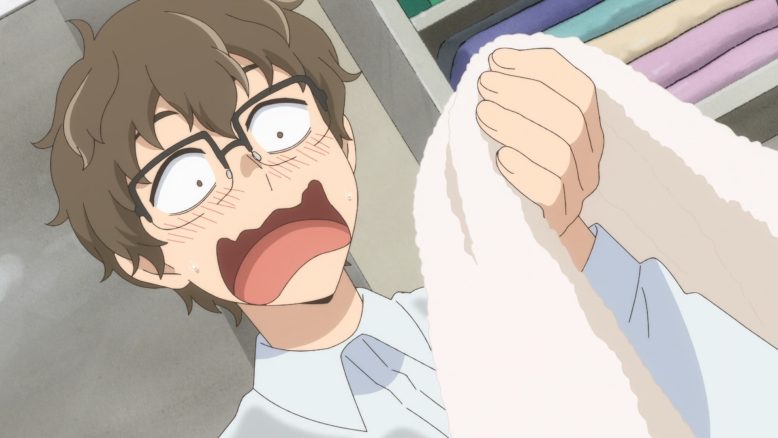 But if it was just Nagatoro then it would still feel like ‘girl teasing the guy she likes’ crossing the line into bullying that person. I appreciate that Naoto actually does step up, pushes himself, and has fun at times. The back and forth while gaming in Nagatoro’s room (yeah we got there in three episodes) was fun. Yeah she was ‘cheating’ to make up for him being a better gamer than her, but you could get the feeling that he was still doing ok and having a good time playing with her. Does he really get that she likes him yet? Not really, but he’s certainly growing attached to her. While she is definitely setting the pace of things, he isn’t always just taking it. Overall his personality is one of discomfort when it comes to social interactions. But I like that he is growing as a character. 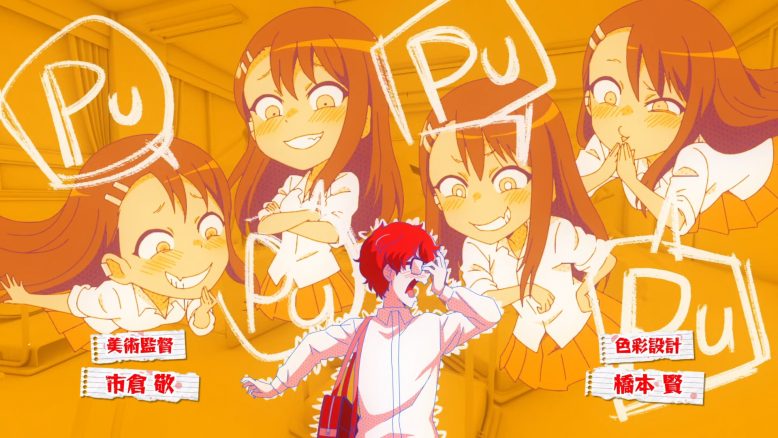 One thing that helps the show for me is that the visuals are very solid. It isn’t the best looking show of the season, but it certainly doesn’t need to be. Nagatoro has an interesting design overall. She has that ‘insane’ look in her eyes that would make me fear for her senpai’s life if I didn’t know her better. There’s a pretty constant blush on her side that gets all the stronger when she gets shaken up by events. And of course there’s plenty of blushing on the other side since he is constantly getting messed with by her. The backgrounds aren’t too complicated but since attention is being placed on making the main characters look good that’s fine by me. No issues with the design of Naoto himself, but he’s certainly not the main draw here.

I could see the OP being hit and miss for some, but I quite like it. Certainly using a lot of moments/animation from the show itself. But I think that works fine since the song itself is good and they do try to spice things up with those little scribbles on the screen as if someone is messing around with it. The ED is pretty calming which works fine since the show itself is about as frantic as the OP song. There’s still plenty of teasing going on there and still using moments from the episodes themselves. But it’s a softer feel that reflects the honest feelings building between the two of them. 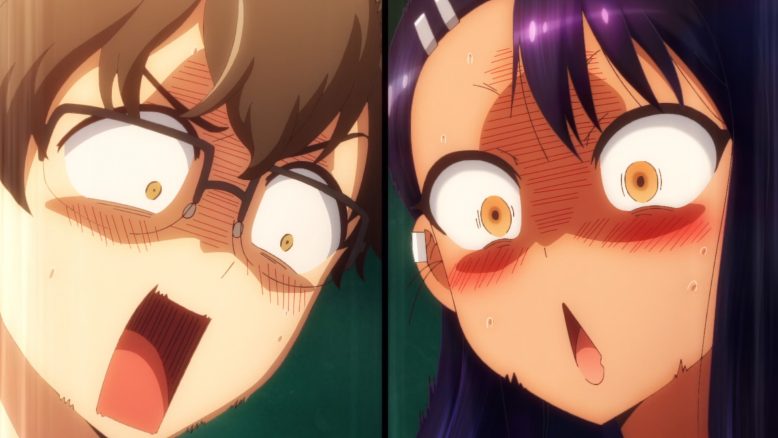 This is a show I think people should give a couple episodes before making up their minds on it. Not even going to say you need three episodes since the second episode does balance things out fairly well. Obviously if you were hoping for more of driving Naoto to tears then…well I suppose you are going to mostly miss out. I’ve enjoyed the show so far. They are doing a good job making the show more enjoyable as it goes along. If you want another series in that ‘girl teasing the guy she likes’ section of shows we’ve gotten over the past few years then this is fitting nicely within that group. And honestly I think it is doing a good job in the first few episodes in setting up where this budding relationship can go.