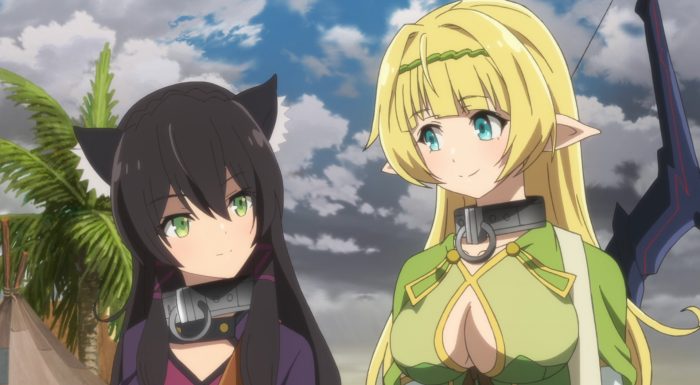 Now things are getting more complicated. This isn’t necessarily the most powerful foes that Diablo has had to deal with since Klem at full force was a true beast. But this is still a situation where Diablo can’t simply brute force his way through it. Be it Laminitus or Batutta he’s up against some rather powerful individuals. Now it isn’t a guarantee he’s going to have to fight both, but it seems likely he’ll have to fight at least one of them. And honestly I would bet on both of them being enemies to some degree before this arc is over. And since they are both likely at least level 130…the gap is narrowing. Galford put up a good fight (after Diablo was a bit fatigued) at around level 120. So this is getting a bit closer and they could easily be closer to level 140 for all we know. 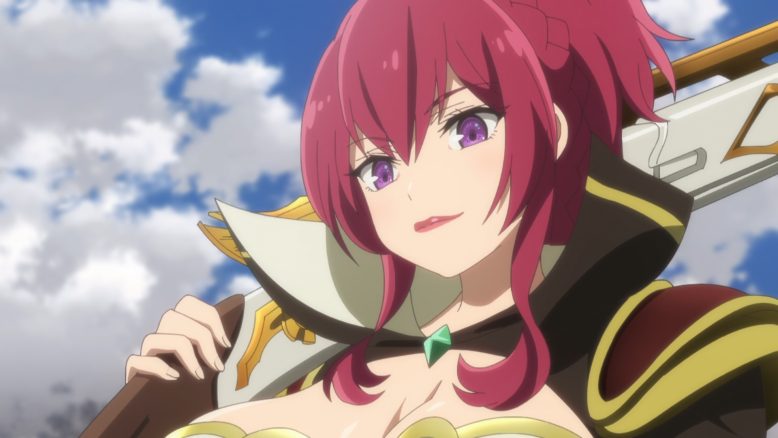 Yeah, she’s going to be a problem

The question of course is who will be the main threat. My money is on Laminitus right now. She is the one who is controlling the city, shutting down the church, but not taking any steps to help anyone. The most she’s done is take a shot at that sand whale and frankly that was in her own interest since she lives in that city. Not to say she’s guaranteed to be 100% evil, but I can’t help but see her as the main threat. With them setting up Diablo testing out flight magic and needing to visit his dungeon, an opponent that can fly seems like the obvious main threat for him here. Of course the Cardinal after Lumachina is the real main threat. But in terms of this city she seems like the one he’s going to have to knock down from her high horse. 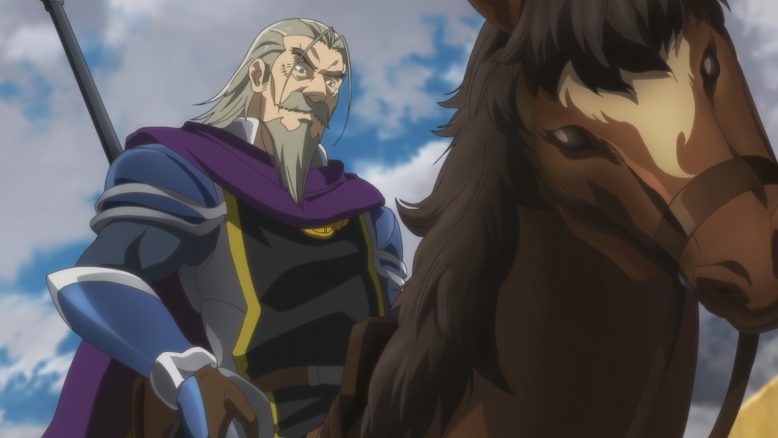 That’s not to say that Batutta isn’t a likely antagonist as well. Now to be fair I can see how his situation has gotten a bit dire. If the Lord of the city has effectively shut down the church and taxed them into the ground then some action is needed to keep things running. It isn’t a pretty solution to basically cater to the wealthy in order to secure donations. But it’s hard to avoid that behavior to some degree. Even if he cut back on his own luxury (like that food) or cut back the pay of the priests, there is only so far things can be stretched. When up against someone who thinks the church should be able to magic up money from god himself…things are tricky. Just on the surface I could see him as not being totally evil.

Now that’s not to say he isn’t suspicious. Lumachina pointed out that things were a bit too extreme. As if the church could be doing a lot more for the less wealthy than they are. And that’s fair when children are dying of illness when the church just needs to use…holy magic to cure them. Plus he is effectively running a group of bandits. Even if he shut them up when they spoke out of turn. That could have been from disgust or wanting to make sure they didn’t reveal what he was doing wrong. Whether Batutta is more in the wrong or Laminitus, neither of them are doing a great job here. Diablo is going to have to deal with things as best he can when things inevitably take a turn for the worse. 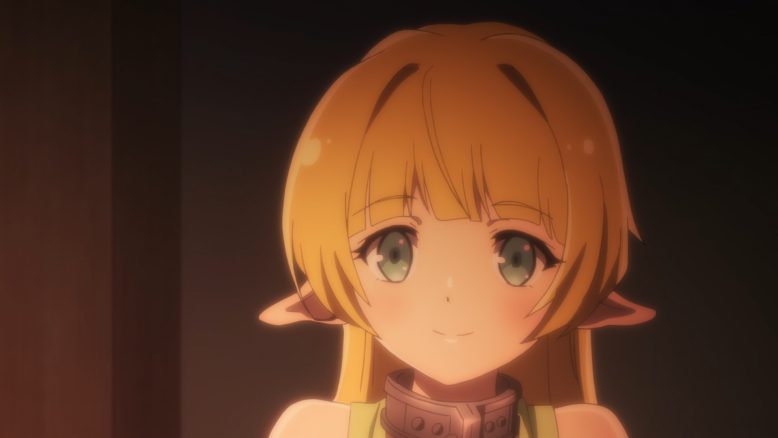 Certainly must be nice to be a bit…optimistic like Shera. She doesn’t have a good grasp on the situation, but is just bouncing along regardless. But in some ways it might help to have that heavy dose of positive energy right now. This situation could get quite a bit worse and Diablo will have to shoulder a lot of weight. Even if mentally he’s not sure how much he can do, he’ll have to step up and take on this situation. The bath scene honestly doesn’t require much commentary. Just a bit dose of fanservice on one side and probably a chance for Diablo to be distracted from the severity of the situation. 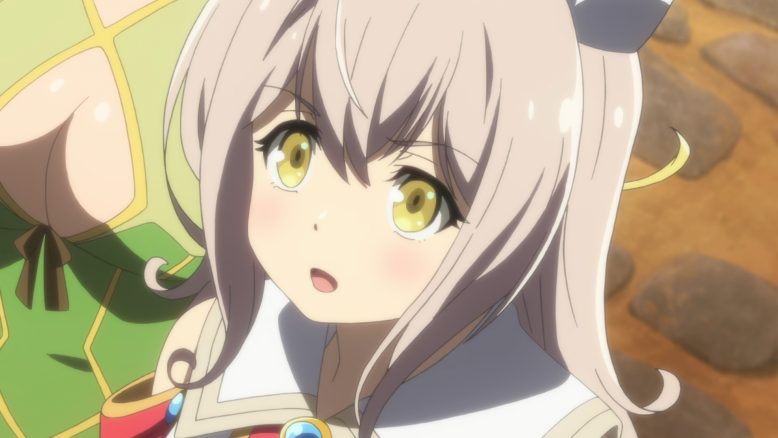 No doubt they are setting up some trouble coming towards Lumachina. That her miracles and healing doesn’t work on herself does leave the girl very vulnerable. She’s got all this holy magic, but doesn’t seem to have any way to direct it offensively. Unfortunately that’s an issue with so many after her. Right now it doesn’t seem as if Laminitus is going directly after Lumachina yet. She was baiting a reaction earlier and then left. But to be fair she seems the type to do something horrible just too say “ok, let’s see god do something about this.” It’s hard to say though. Lumachina is the type to speak up when she sees something wrong and draw hatred as a result. I could easily see Batutta going after Lumachina because she’s noticed what he’s been doing wrong. Yet he did absolutely step in to protect her so I’m not sure. 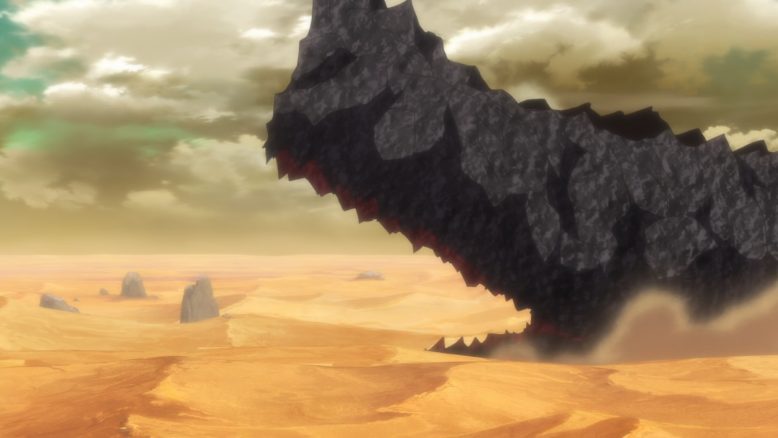 Another fun episode overall. We got to see Diablo effectively have to fight a moving mountain which wasn’t an easy thing to manage. Hopefully he doesn’t have to fight that thing again. Now that they’ve arrived Zircon Tower City things can start getting more complicated. All of this and the bigger issue of the church trying to kill Lumachina can’t even take center stage yet. I can totally see Diablo needing to check out his own dungeon in order to gear up. Although the fact that his dungeon has been copied directly over makes it all the more strange. What is going on here? What is this world? I guess we won’t get that answer anytime soon, but I’d like to find out at some point.